Born on February 26, 1826, in Vandenesse (Niève), Louis Coulon was a “cast iron moulder” at the Forey factory in Montluçon. Apparently, he was already shaving by age 12 but could not maintain the sharpness of his razor blade from its frequent use. In fact, his beard was growing so fast that by age 14, Louis Coulon already had a 50 centimeter (19.6 inches) beard. From then on, it was just a matter of letting it grow to monstrous length. Even if Louis Coulon attained a somewhat famous status, he remained humble, even refusing a lord William’s offer of 10 000 francs to travel. He was featured on many postcards, one, in particular, stating that his beard was 3.3 meters (11 foot) long as of May 10, 1904. Surprisingly, this beard is not considered the world record: that title belongs to Sarwan Singh of Canada, having a 2.37 m (7 ft 9 in) beard. To Mr. Singh’s defense, however, there were no Guinness World Record judges prior to 1954… Let us hope, however, that Coulon’s beard will one day be vindicated!

But the fact remains, as amazing as Coulon’s hirsute look is, it just wouldn’t be complete without his fuzzy little companion! 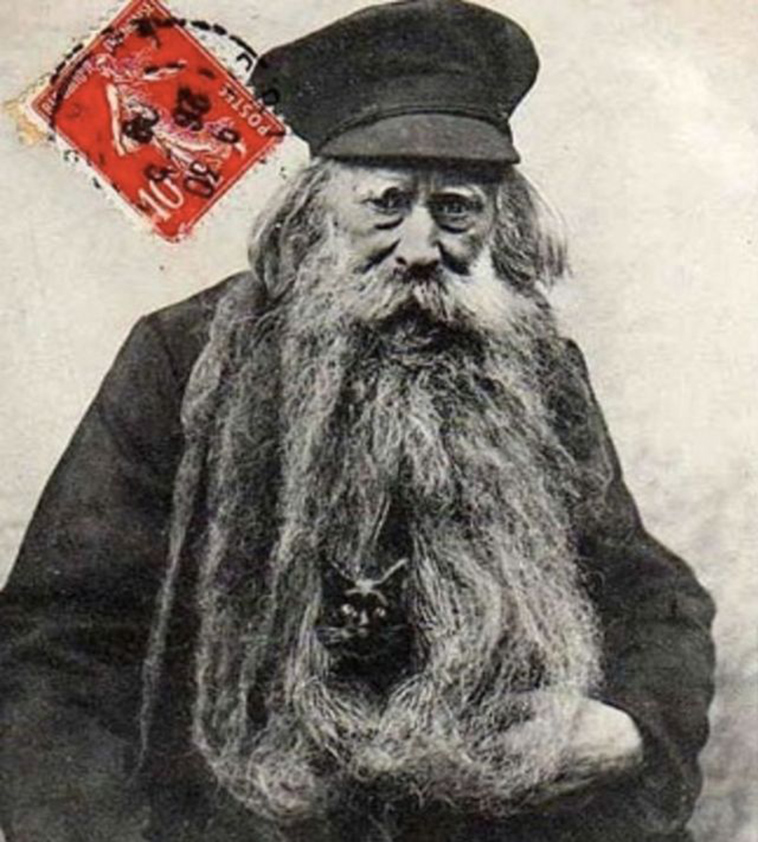 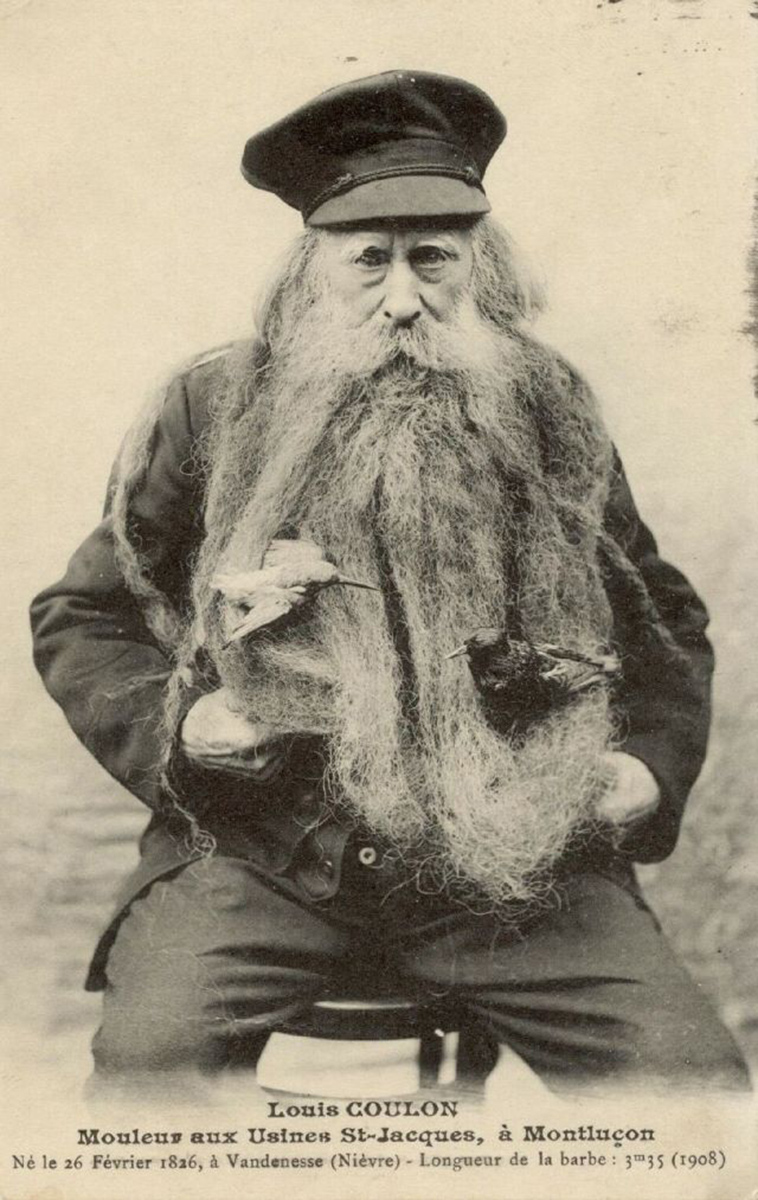 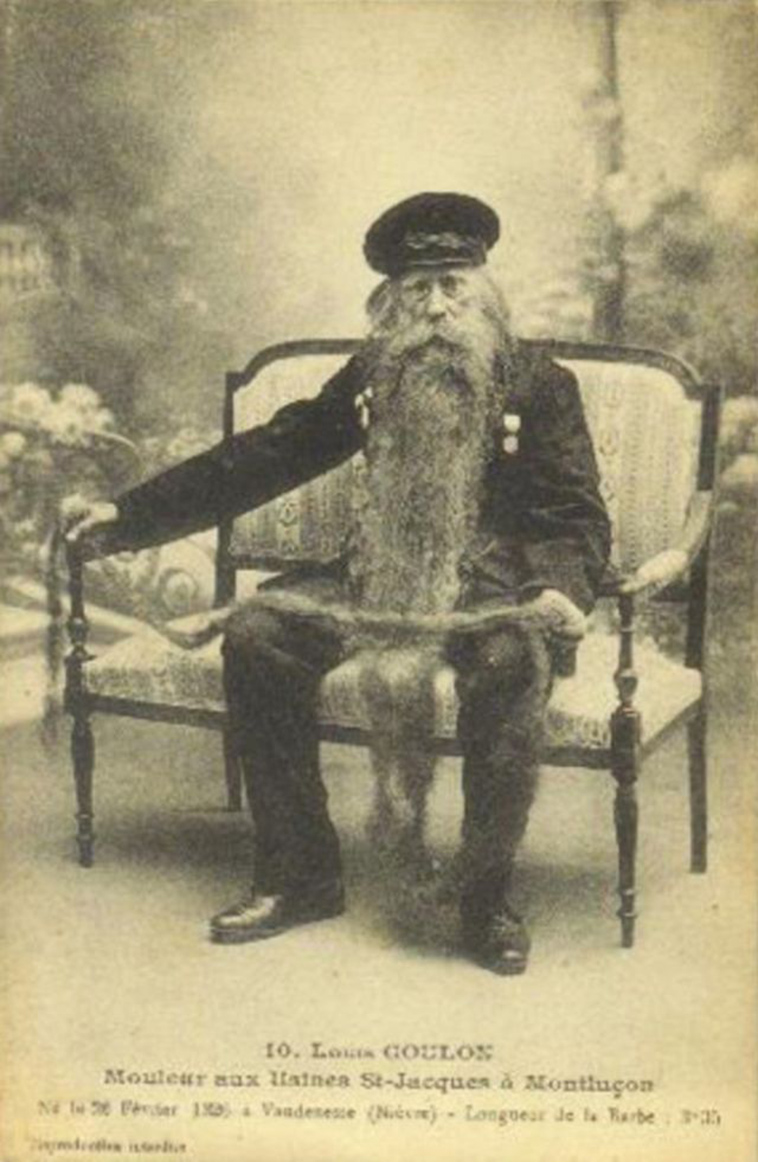 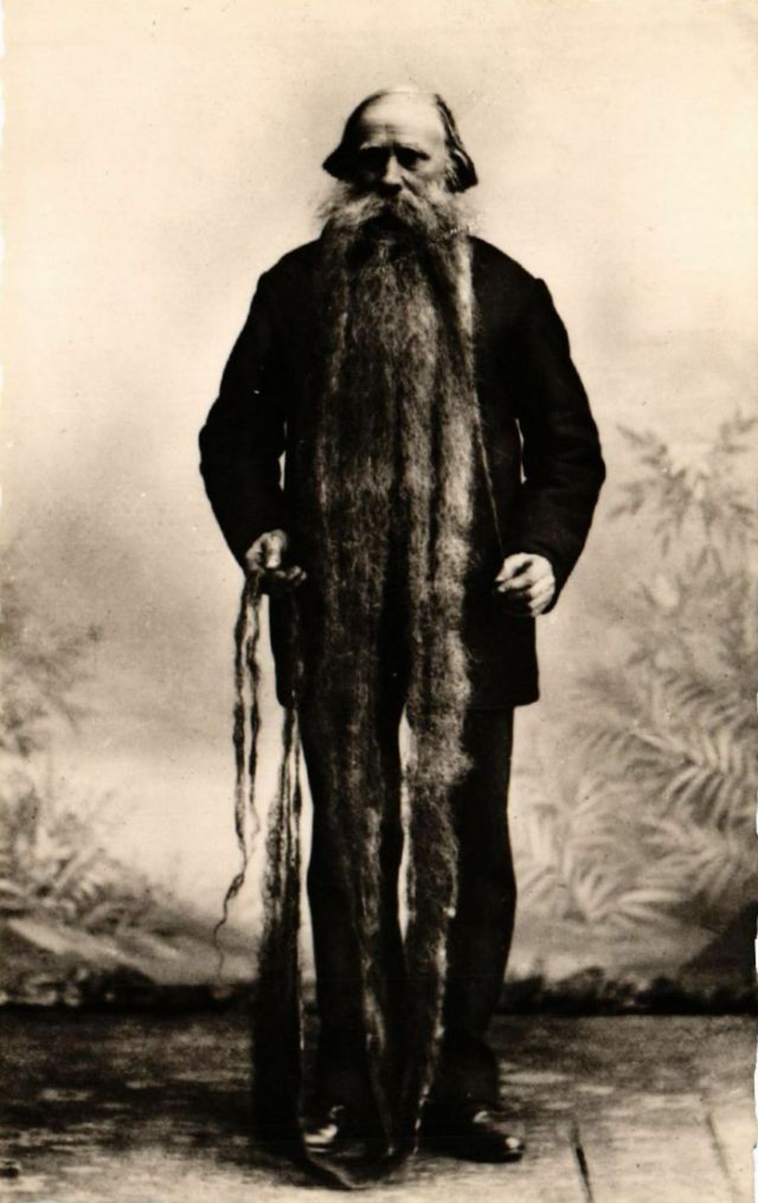 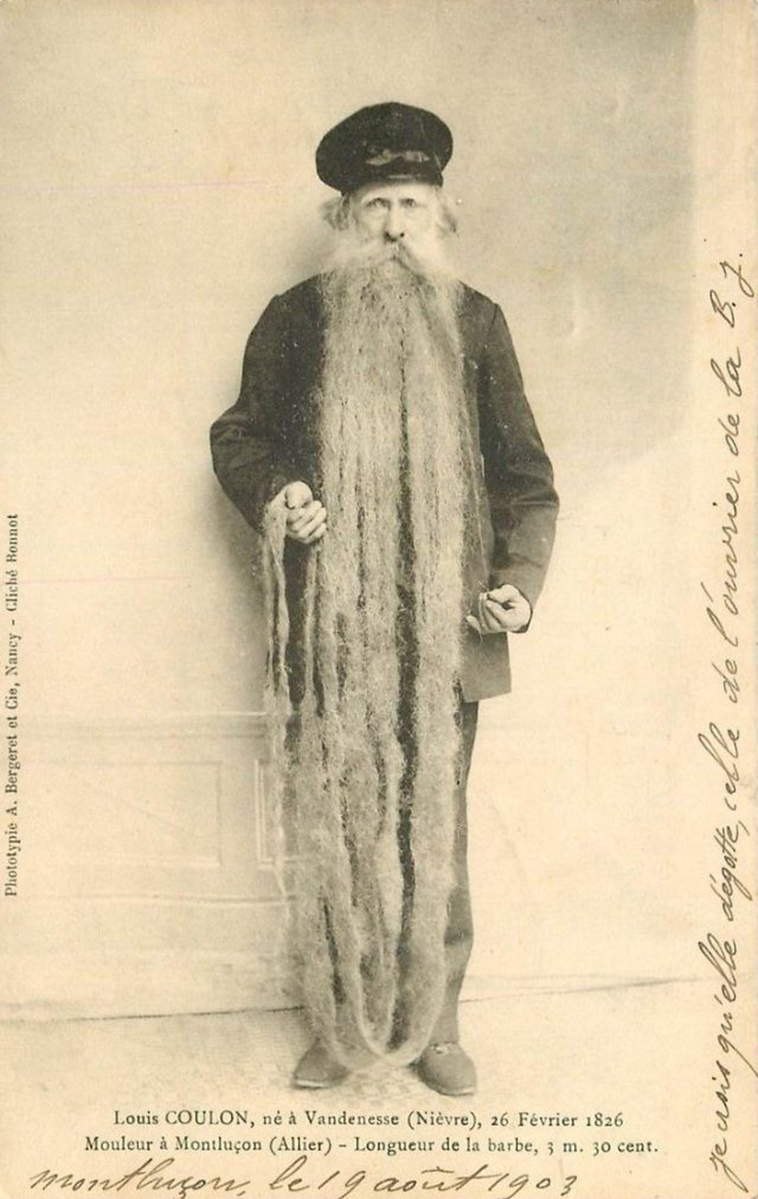