We all have everyday heroes, and this little girl, Brooklyn, has her everyday hero that really is impressive: her garbage man.  Many of us take these people for granted because they are doing “undesirable” jobs, but there are some who love what they do because of people like Brooklyn.  Every garbage day, these 3 year old girl waits out for the garbage man and greets him personally.  One day after her birthday, she decided to give Delvar a cupcake from her party.  He was touched and, the next week, brought her some amazing birthday toys as a thank you.  It is a sweet and touching relationship to see that regular people can be sweet and kind when they are untouched by rude comments from society.  We are sure that Delvar will never forget this girl, long after she grows up, and we’re hopeful that more people can learn from Brooklyn’s kind example. More info: City of Bloomington

“My heart is full when I see the joy that our amazing garbage man brings Brooklyn,” wrote Brooklyn’s mom 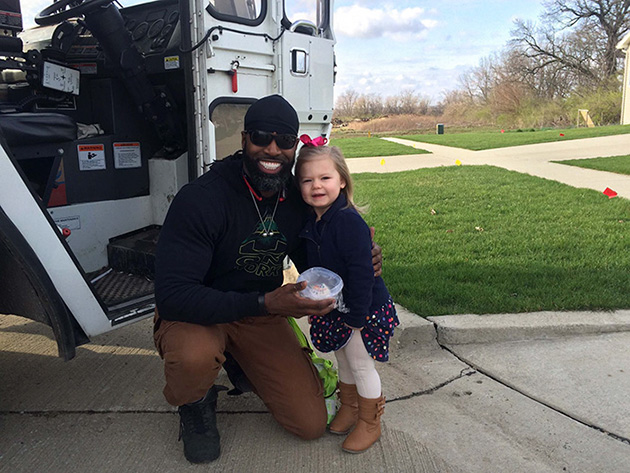 Brooklyn is his biggest fan. She waits for him every Thursday! 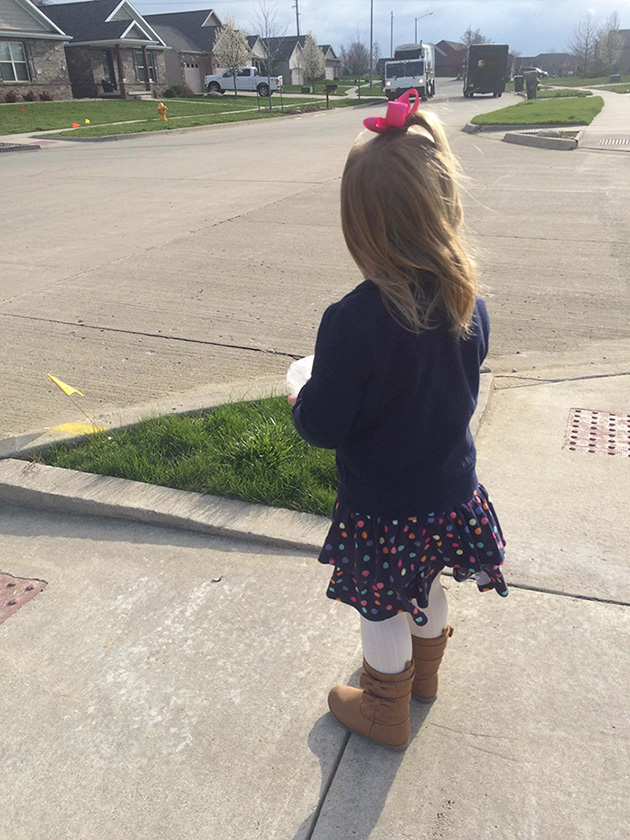 “I explained to him that he makes our day every Thursday,” wrote Brooklyn’s mom 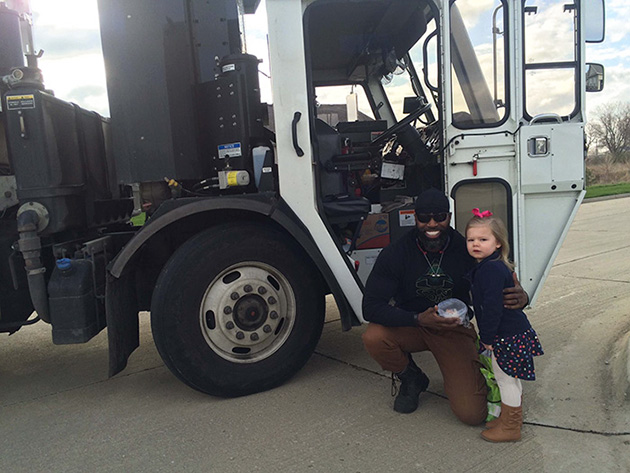 The story isn’t over there though, because next week Delvar had his own surprise for Brooklyn! 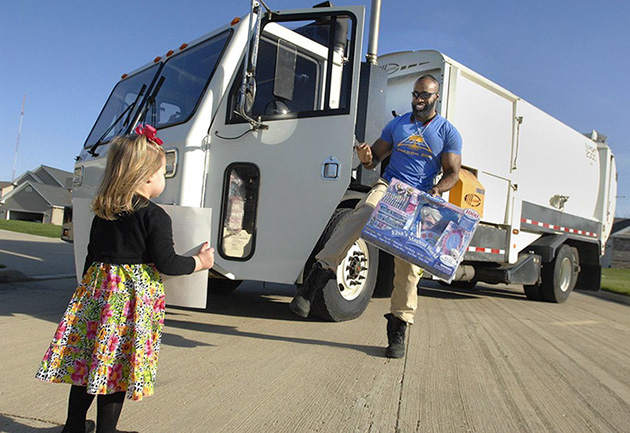 “He pulled out the most amazing, awesome and generous birthday gifts for her” 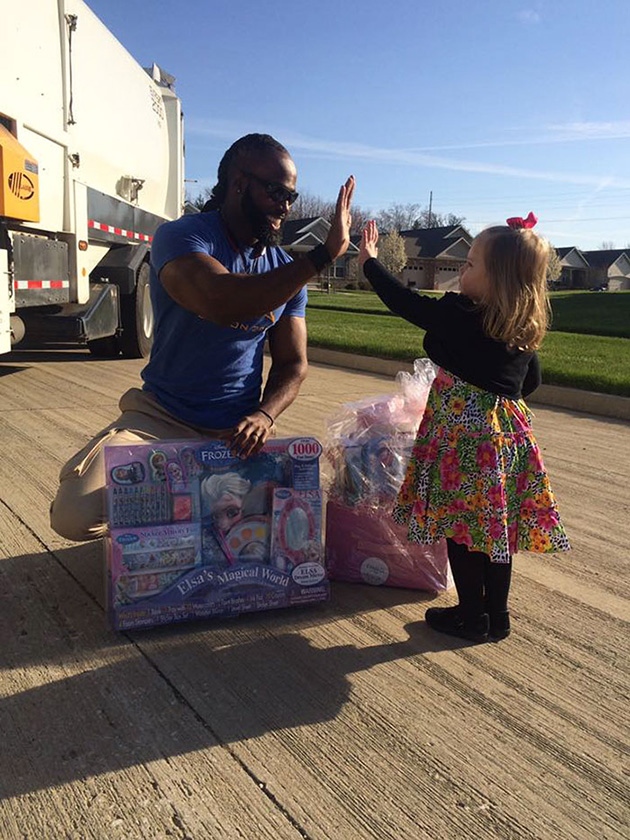 “His kindness towards her has touched my heart in a way I can’t describe. Thursdays ROCK! Thank you, Delvar!” 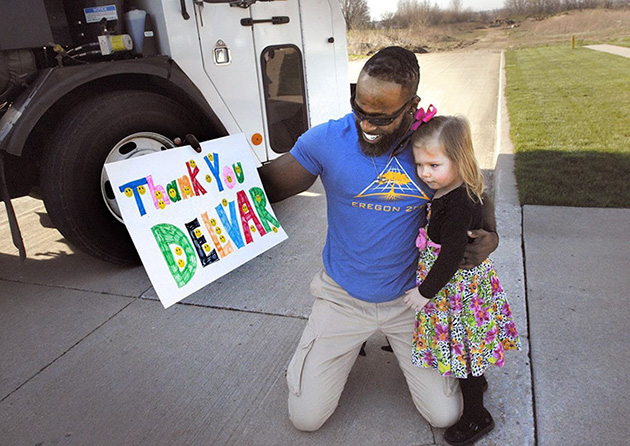