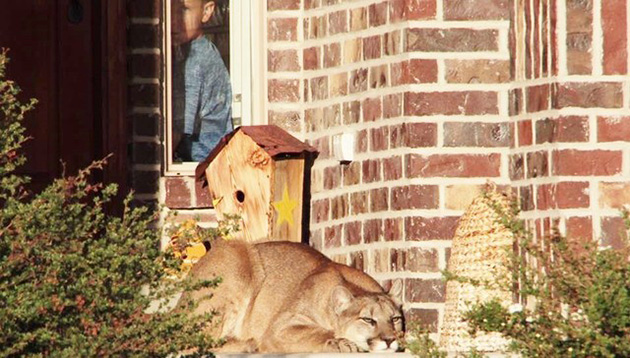 Have you ever seen a mountain lion outside of a zoo?  Have you ever come across anything lying on your porch that wasn’t supposed to be there?  Well, this family got the fright of a lifetime when they noticed that they had a large and very feral mountain lion taking a snooze on their front porch.  It stayed for hours, stretching out in the warm and bright sun and enjoying a leisurely nap, unaware of the stir that she caused from the habitants of the home that she was sleeping in front of.

The proper authorities were called, but the lion was out there for several hours, drawing quite a crowd from neighbours and interested individuals that were curious to see if the social media posts were really true.  It’s intriguing to see that a wild animal can be so relaxed when humans are clearly taking a look at her.

She was tranquilized by the authorities, but she went for a sprint through the neighbourhood, first, causing panic and alarm.  She stayed overnight at a rescue centre and then was released well into the wild so she could live a long life away from gawking humans and front porches of homes. 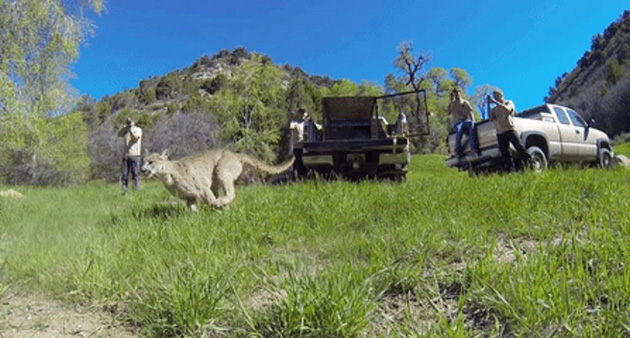