Timothy Joseph Elzinga, an active YouTuber, was delighted when he saw the sight out of his window last night. In the area he stays: Ontario, people are familiar with Northern Lights and they do not find it fascinating. However, when his two year old son woke him up at 1:30 AM in the night, he saw that the light beams were moving strangely and were grazing the ground.

It appeared as if they were paranormal or extraterrestrial beams of light in the night sky and was a concept that was entirely different when compared to the Northern Lights. It was an optical illusion in the atmosphere and was caused due to the light reflection caused inside crystals.

Ass the mercury dipped below 0 degrees, there were dense clusters of ice formed and as a result, they reflected light perfectly. The columns of light that were formed were reflected off the ice crystals and were purely an optical illusion.

A first look at it and it would appear to be a scene from the popular Star Trek movie. While Timothy was surprised when he first saw this phenomenon, he made sure that he captured it on his camera.

The ice crystals were responsible for this phenomenon to be caused.

Watch his video on YouTube explaining how the optical illusion was caused and feel free to share with your friends!

Beam me up! These light pillars are an optical phenomena caused by light reflecting off ice crystals. 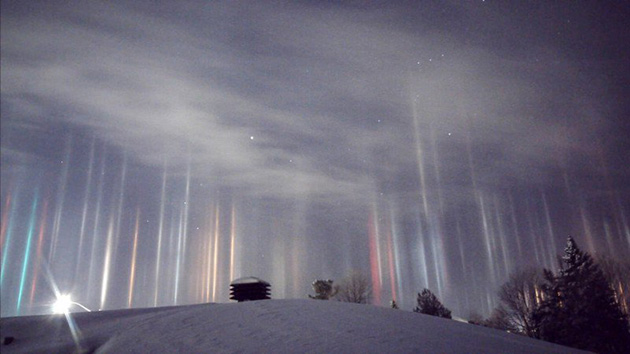 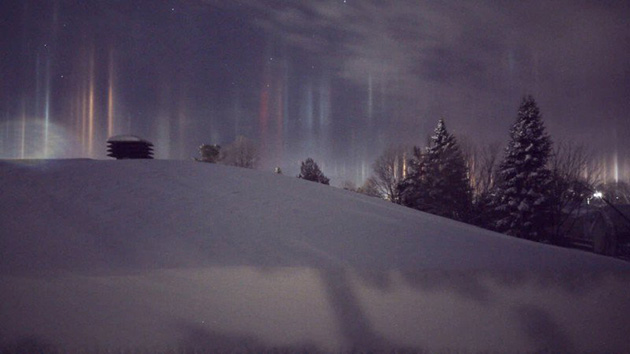 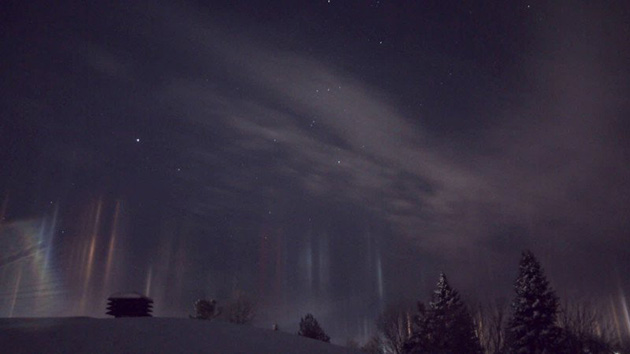 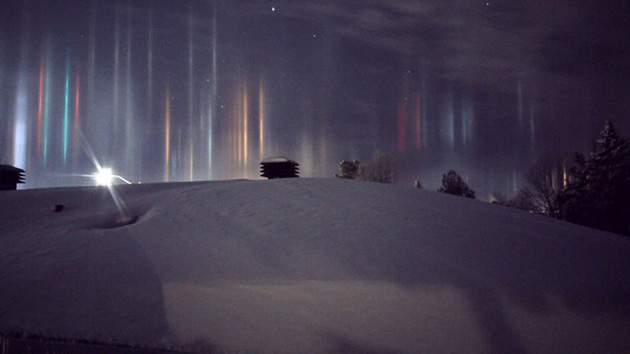 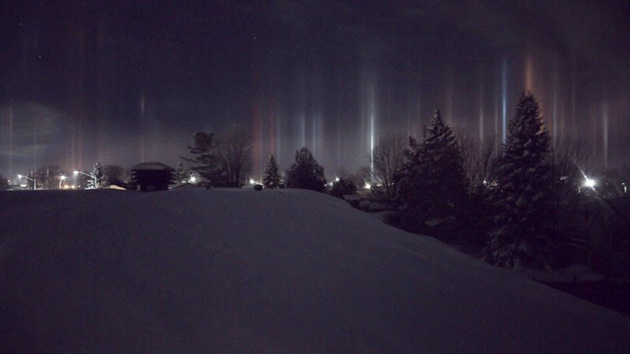 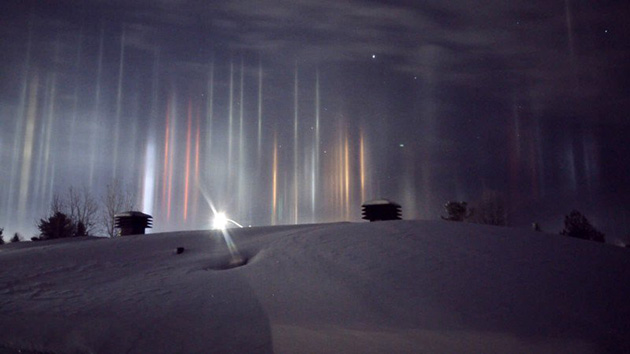 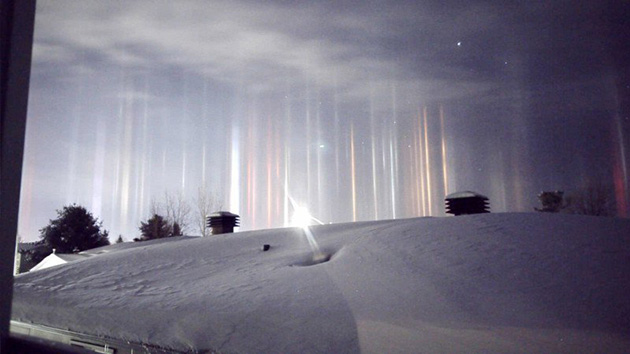 Watch the YouTuber explain his amazement at seeing this otherworldly optical illusion.