These Glow Tables if seen at a friend’s house, looks fancy and overpriced, or like something perhaps purchased at an alien trade show somewhere. Truth be told, it is conveniently possible to make this nifty table at home if in possession of the right tools and wood working know-how at a very bearable price. Mike Warren is the manager of this pretty cool Man Crafts blog at dollarstorecrafts.com. He wrote “how to make a glow in the dark table” using basic wood working skills, few tools, resin, Photoluminescent powder, and Pecky Cyprus wood, as one of his features. Once charge up with the sun rays, the tables are ready to display their glowing powers. Sit back and watch Mike create this awesome table here, and ensure you check out his how-to video at the end of this post. Fancy highly priced tables that could cost thousands of USD can now be easily reached following Mike’s guide line, however, it is recommended that you at least equip your elf with the idea of how to cut and sand wood before embarking on this task. To make the glow in the dark table, mix Photoluminescent powder with resin then fill in the natural holes found in Pecky Cypress wood with the mixture! 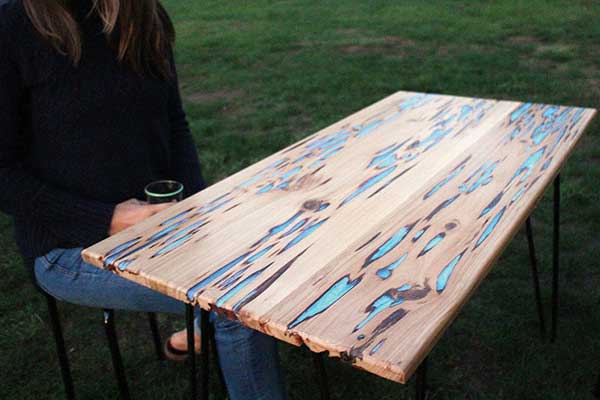 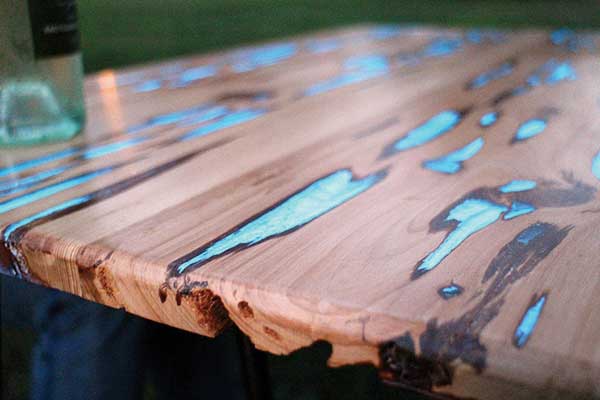 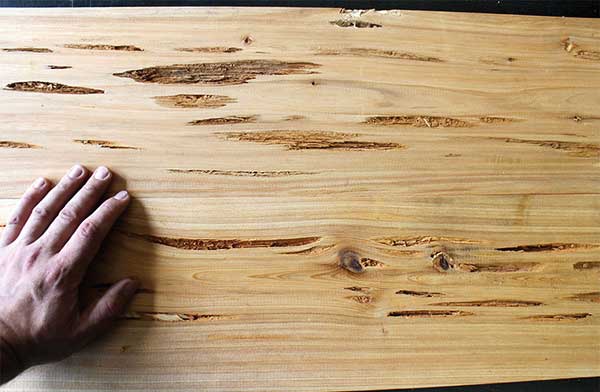 In an interview granted to Bored Panda, Mike reveals, “I thought of this project after browsing the aisles at a lumber store and seeing Pecky Cypress, I’ve never seen anything like it and knew I wanted to make something with it.” A Cypress which has been naturally damaged by fungal growth is called Pecky Cypress wood. The damage cause the formation of holes and knots due to rot. This damaged part on the wood can be removed easily first with a hand tool, then by compressed air to blow away the excess wastes. Once the table had a proper time to dry after being glued together, and totally clean of wastes- excess dust and dirt, then fill in the holes with the glow in the dark resin mix. 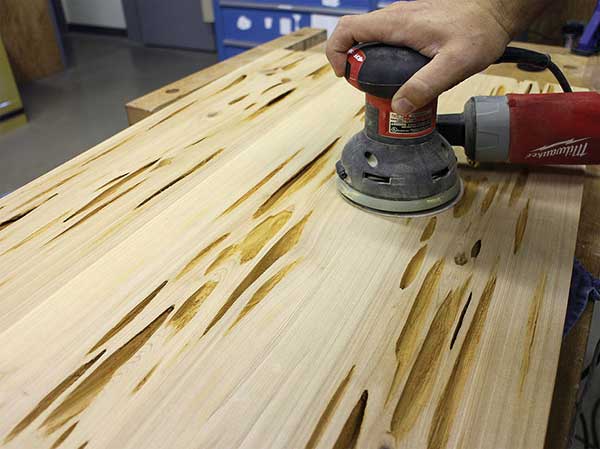 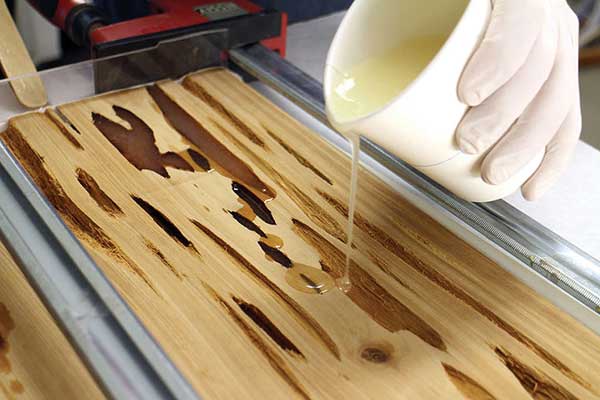 It is worthy to note that the resin itself requires a special prepping process. Mike bought a clear casting resin and blue glow in the dark powder, which he recommends using more of than less. The more glowing agent added, the more brilliant the finish appearance. Choose from the various colors of glow powder available. Not necessarily blue. An active woodworker, Mike had witnessed people using clear casting resin as protection to fill in the knots and holes naturally found in wood. He took the same idea with just a slight difference of adding glow powder twist. His first time to see a completed table, Mike says “After the resin had cured, I took the table top out into the sun and was amazed at how much it glowed when I brought it back inside. It’s really like magic and something that isn’t quite captured in pictures or video.” 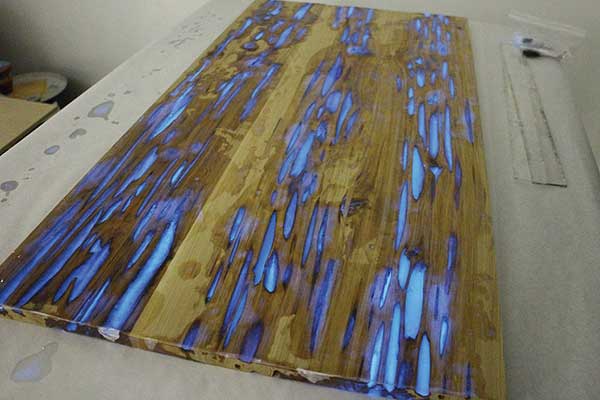 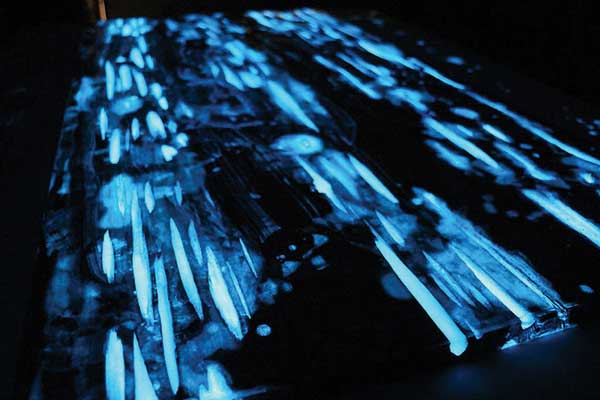 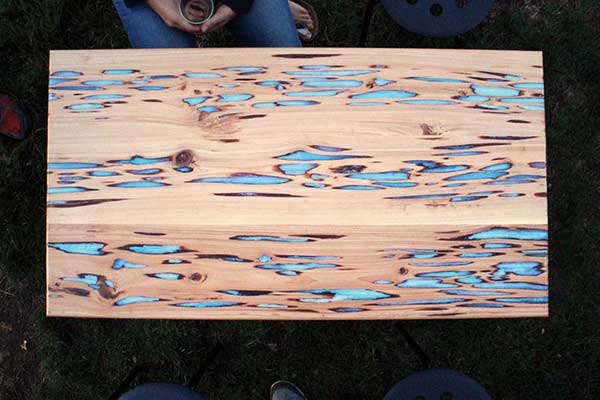 The table is best placed underneath a window for rays of sunlight during the day and glow all night, since it needs sunlight to charge up and glow. Mike first constructed his own glowing table, since the past three months, and he confirms it to still looks great, and glows his goodbye by the window every night he heads from office. Not everybody is possessed with the skills or tools required to make this table, therefore, on why Mike has been getting series of construction requests for the table? He says,  “The response has been overwhelming and I am getting requests from all over the world to make tables for people. I am starting the process to get ready to manufacture custom tables for people.” Interested in ordering for a custom made glow in the dark table from Mike? Head on to his Etsy shop!