A gorilla being marched along immediatedly after its capture in the Belgian Congo, circa 1960. 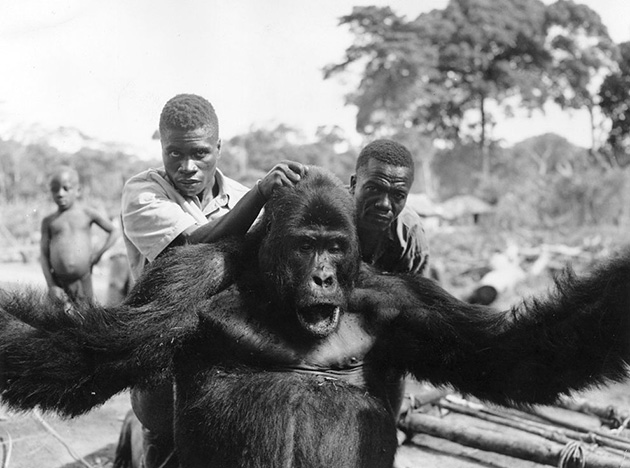 British captain A. Gatti and two pygmies with a 500lb gorilla strung from a pole, which the captain shot in the Tchibinda forest in the Lake Kivu region, Democratic Republic of the Congo, circa 1930. 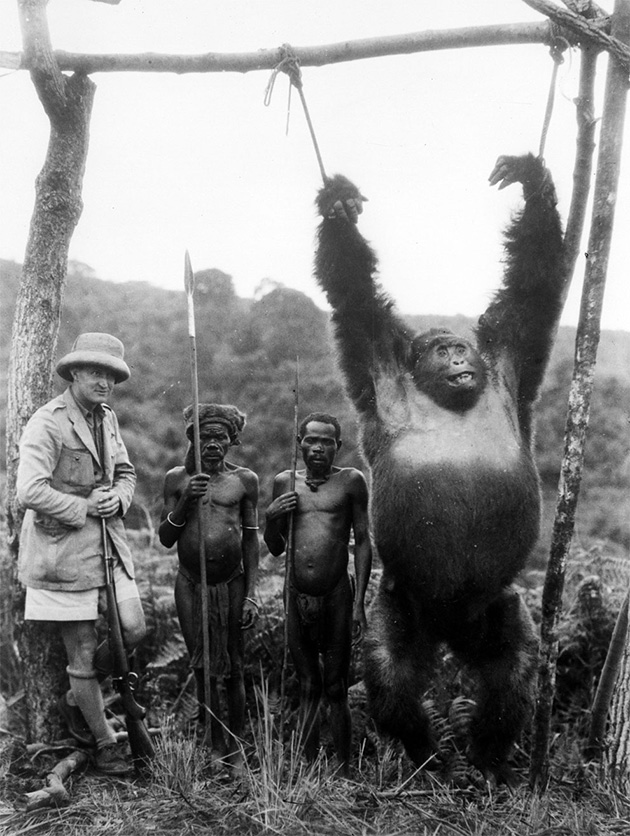 A group of African tribespeople squat round a huge dead gorilla, January 1932. 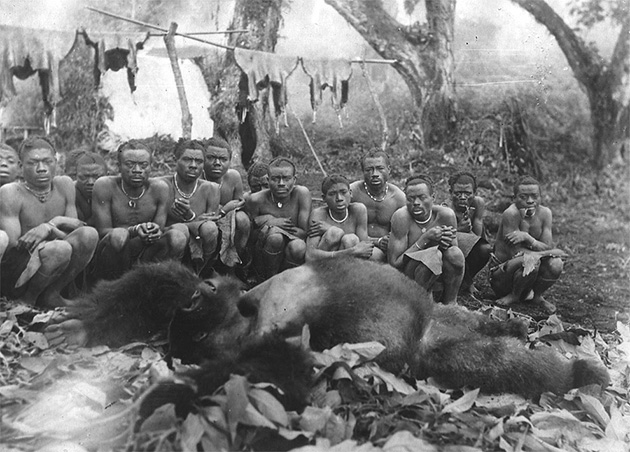 Tribesmen stand by a captive gorilla, circa 1925. 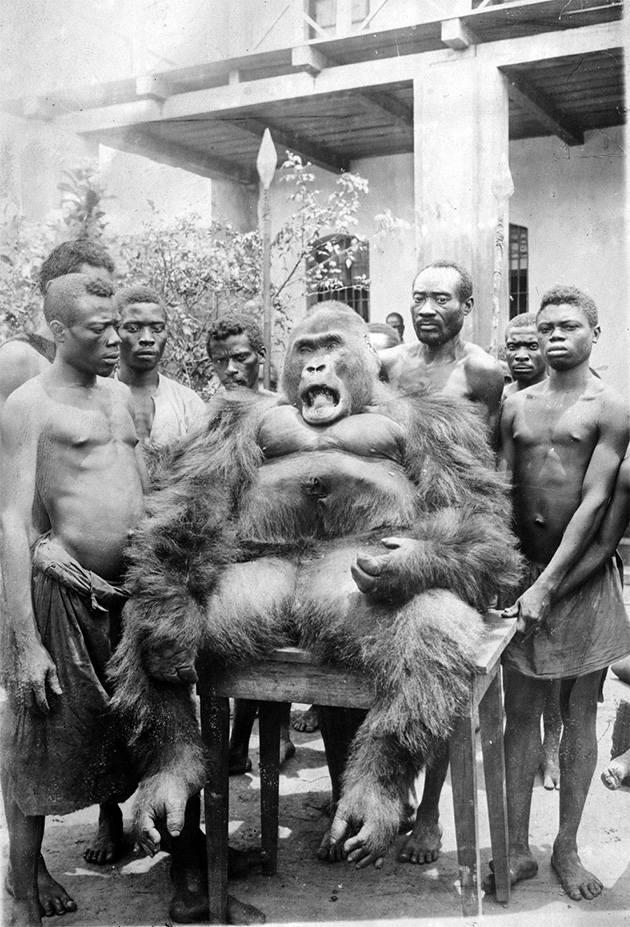 Taxidermists at work stuffing a gorilla at the Natural History Museum in London, 1968. 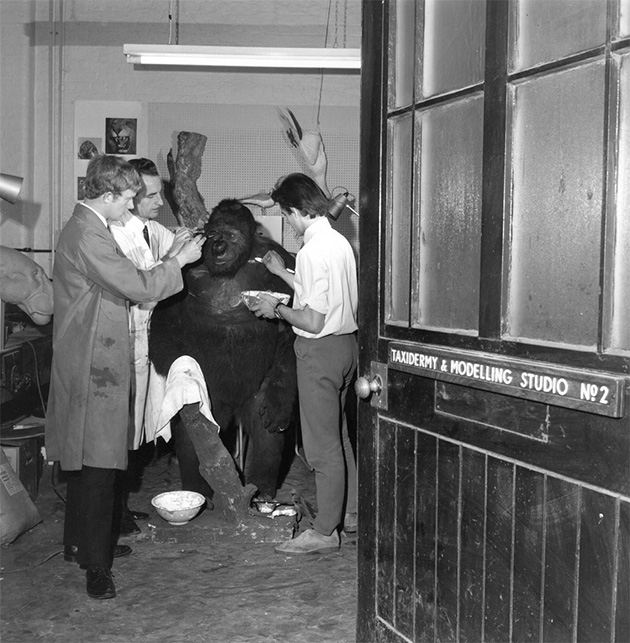 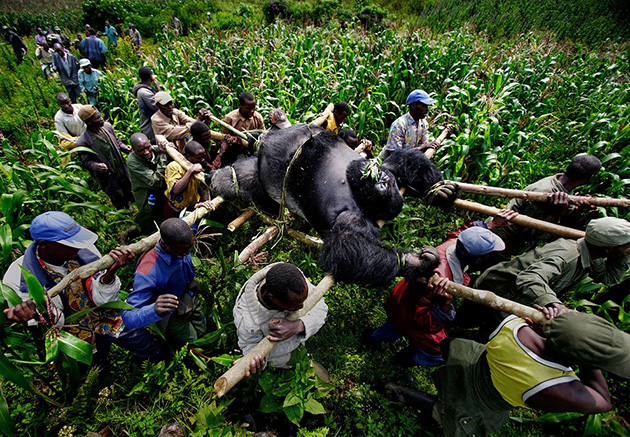