Humans understand the pain of losing a parent. This same pain can be found in animals, particularly gorillas. At Virunga National Park in the Democratic Republic of Congo, poachers killed a mountain gorilla that was the mother of a smaller gorilla. A park ranger named Patrick Karabaranga found this young gorilla and held its hand during this difficult time for the animal. The gorilla truly had sadness and loss in his eyes. 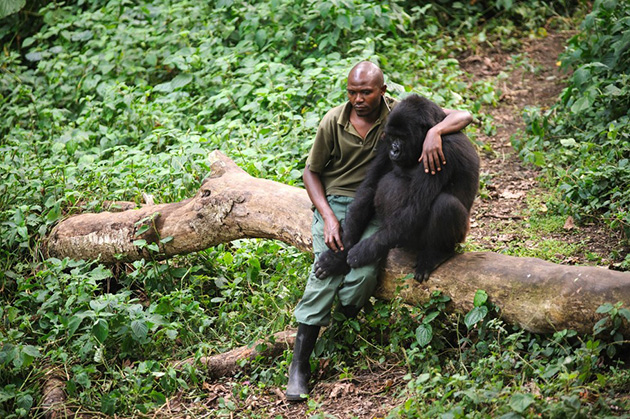 Mountain gorillas are an endangered species because of poaching and deforestation; both caused by human beings. The logging, mining, and agricultural industries are responsible for destroying 80,000 acres worth of rainforest every single day. As for poachers, they hunt and kill gorillas either for sport or for their meat. This trend is, unfortunately, continuing as environmentalists try to conservation efforts to save the rainforests along with these gorillas.

Learn more about what you can do to help the gorillas and other wildlife at Virunga National Park, Africa’s oldest National Park.

#VirungaFacts: Mountain Gorillas can be identified by their nose prints, the patterns of wrinkles on their noses, which…