Mikey the pug was brought into the Michigan Humane Society with a list of debilitating health issues. One such problem was glaucoma, which required the removal of the poor guy’s eyes after he lost sight through them.

Despite the hardships, his life took an unexpected upturn, when US Judge Sabrina Johnson decided to adopt him from the Michigan Pug Rescue. Yet it would appear that it isn’t just Mikey’s life that has improved, as he has given his owner a much needed reason to smile considering her tough line of work.

He has even been given access to her place of work, where he gets some much deserved love and attention. “When people meet him, they melt. I’ve seen very tough police officers just get down on their hands and knees, just play with him,” Johnson told The Huffington Post. “He brightens everyone’s day.”

Now the happy pair has spent a few months together, Miekey’s health is in top shape. Considering the setbacks he has been though, and his constantly cheery personality, he really is improving the lives around him, namely Johnson “Sometimes when we’re walking in the park, he’ll get going and run into a tree. He simply backs up, shakes it off and keeps moving. He really has taught me about how to live life.”

Johnson also admits, “I got him from rescue, and he really rescued me. He’s just the love of my life.” 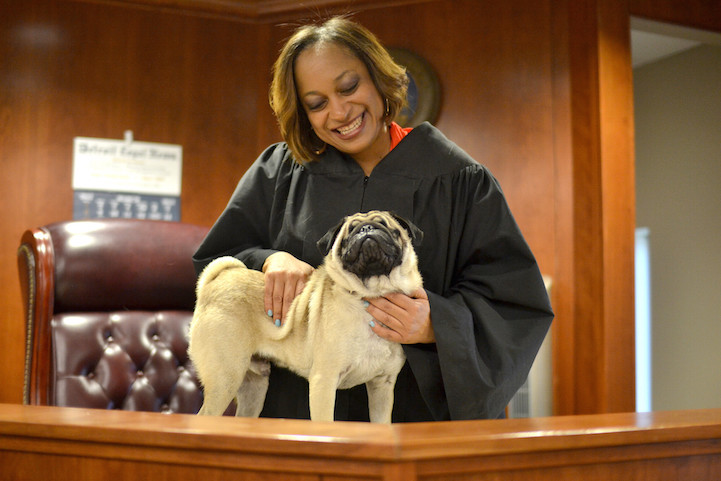 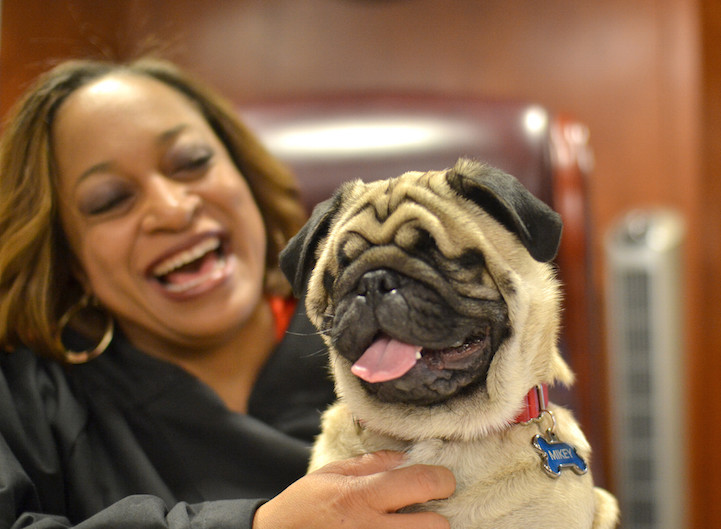