Urbano Monte created a color world map that was spread out over 60 individual pages. This map is one of the world’s earliest maps. Monte created it just 95 years after the discovery of America. While it gives an artistic taste with its design, it also so realistic. Cartography expert David Rumsey and his nephew joined together the map’s pieces and the map stretches out a little over 10 feet.

Rumsey says “Monte’s map reminds us of why historical maps are so important as primary resources: the north polar azimuthal projection of his planisphere uses the advanced scientific ideas of his time; the artistry in drawing and decorating the map embodies design at the highest level. And the view of the world then gives us a deep historical resource with the listing of places, the shape of spaces, and the commentary interwoven into the map. Science, art, and history all in one document.”

Here are the map and its details 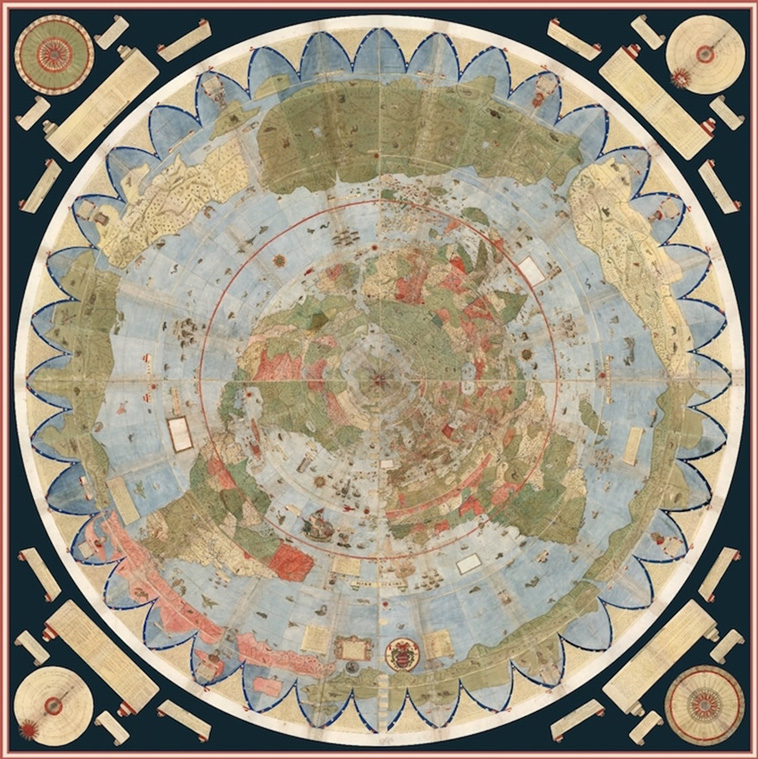 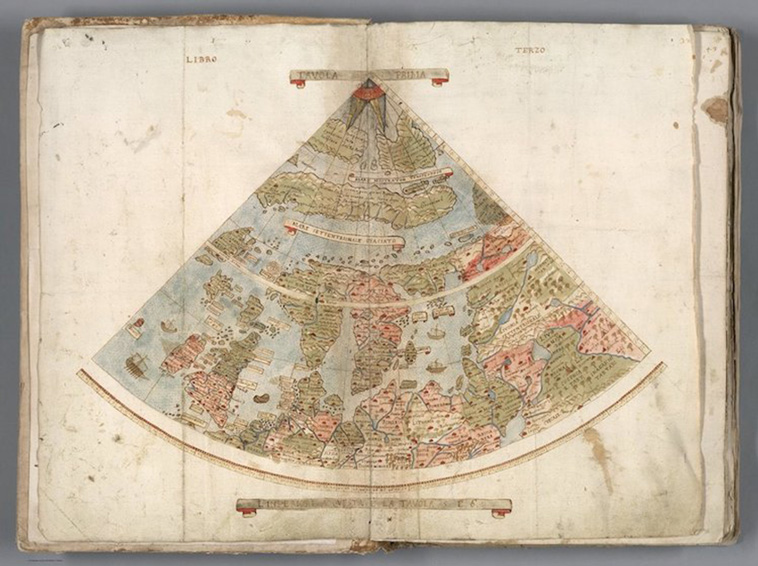 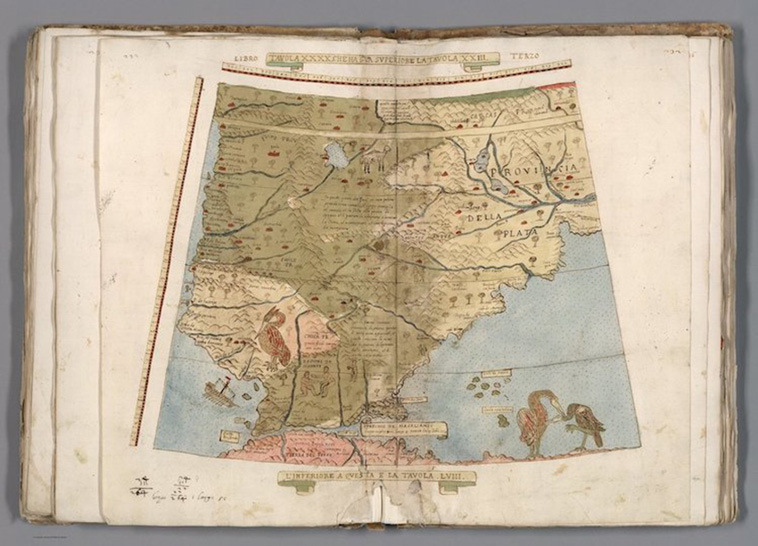 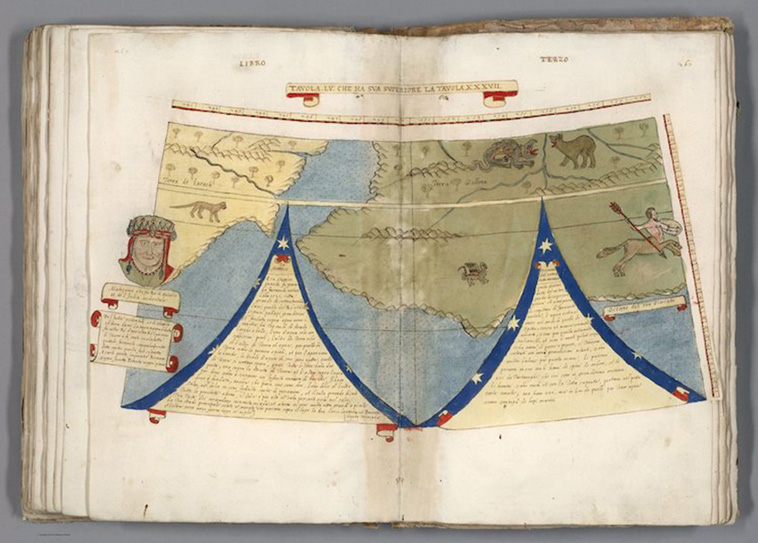 Antarctica and Portrait of Montezuma 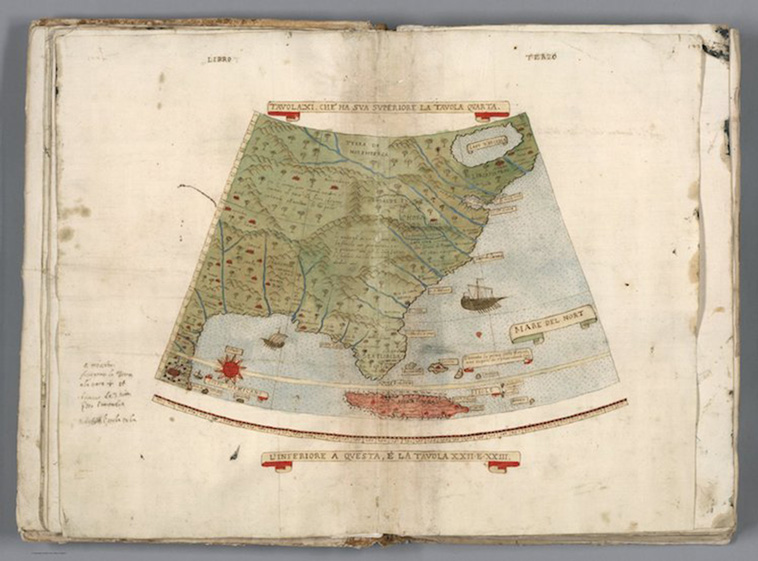 The Eastern United States and Cuba

Cartography expert David Rumsey, who owns one of two copies of the Monte map, recently scanned and digitally stitched together the work. It is one of the largest early maps, which stretches over 10 feet. 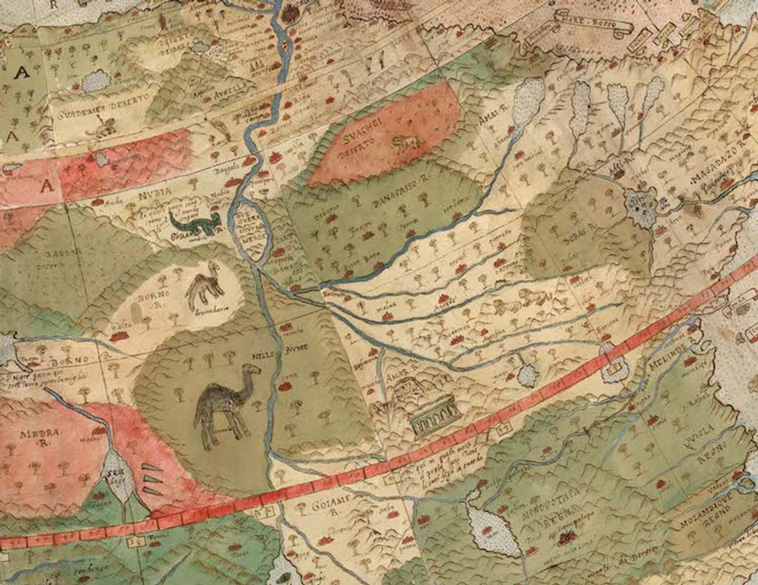 Detail showing the joining of two sheets of the map depicting central Africa. 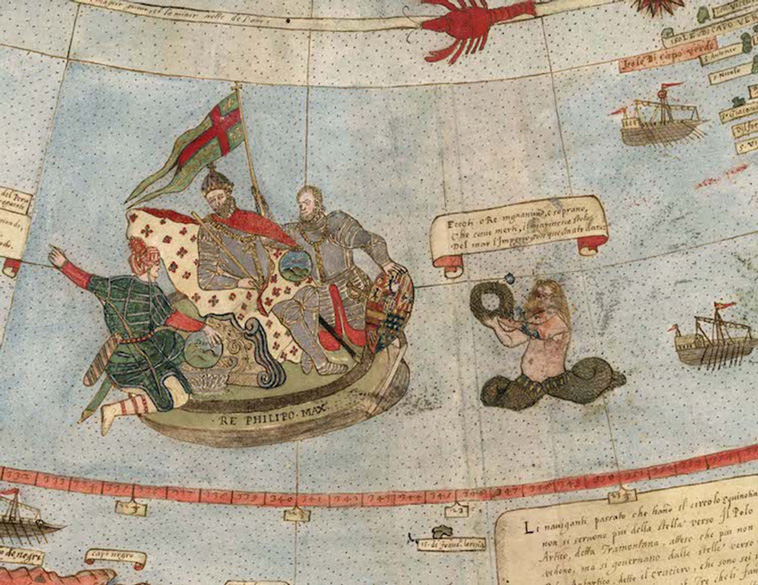 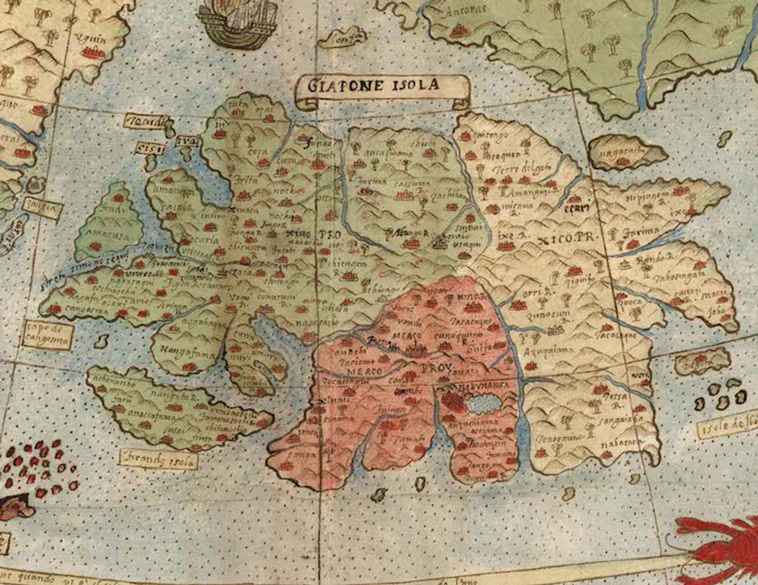 The map is full of artistic detail, from fantastical creatures to two self-portraits of the author. 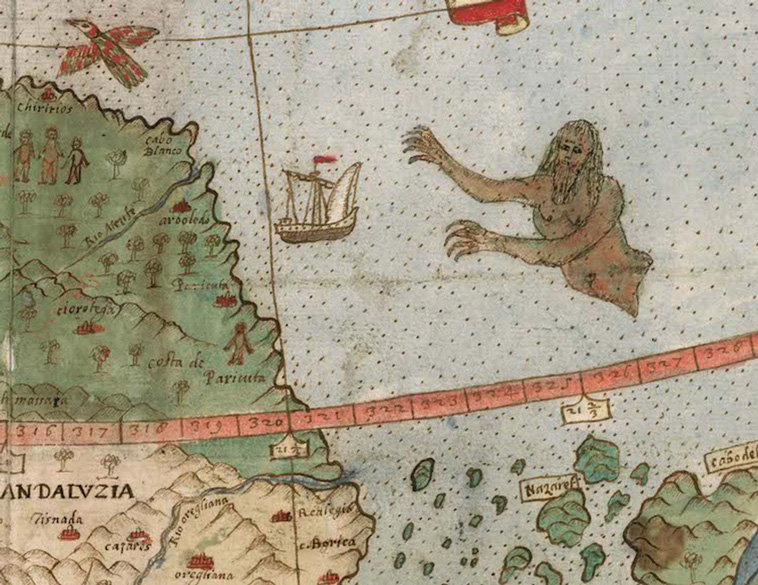 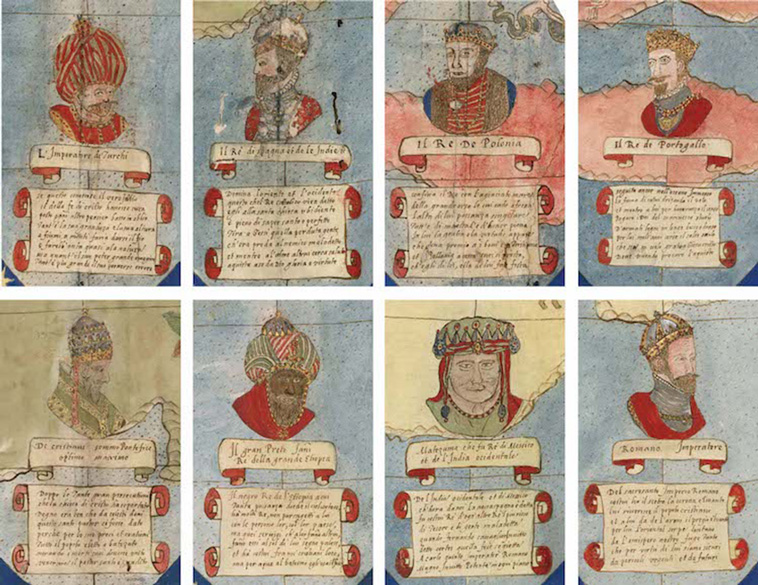