Helmets were an indispensable part of the armor suits. Because of their necessary duty, to protect the head, helmets had great importance in terms of war history. It is possible to see helmets while were being used since the beginning of humanity.

They, also, became a fancy instrument to use in parades and ceremonies after a while. That caused some interesting, maybe weird, designs as well. That’s why it is possible to see some weird designs too that seem not to reflect the essentiality of the helmets.

Armored helmet made for Ferdinand II of Tyrol, Archduke of Austria, circa 16th century 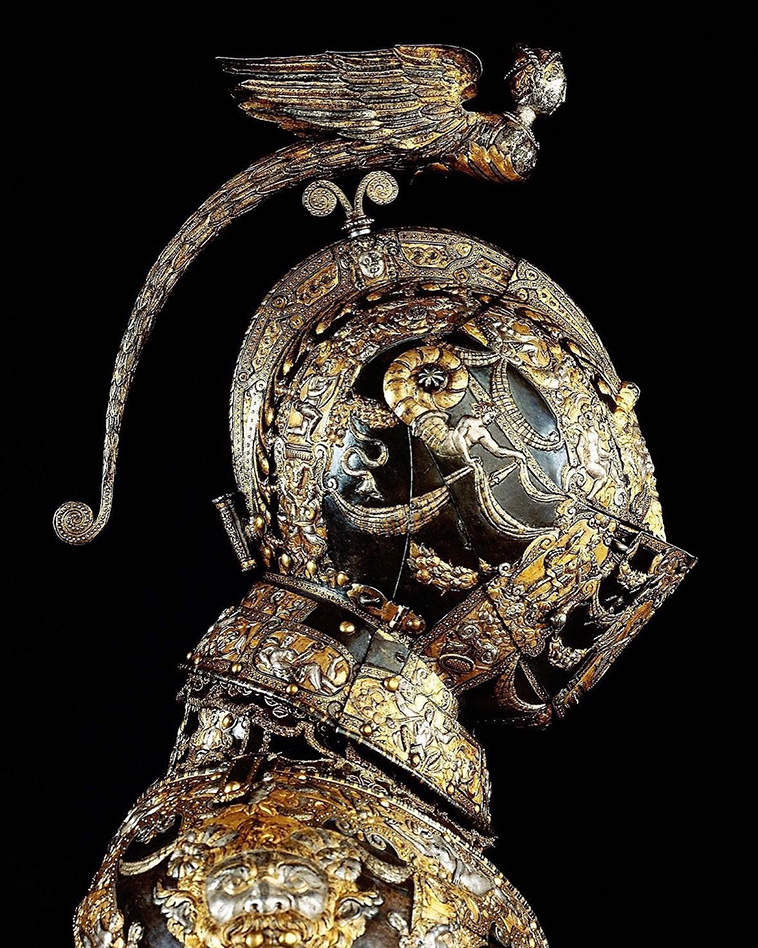 The Burgonet helmets were mostly used in Europe during the renaissance era.  They had a characteristic ridge along the top of the head, starting at the forehead and curling back like a crest. Burgonets had not actually face protection and sometimes were used with falling buffe that cover the lower face and throat. 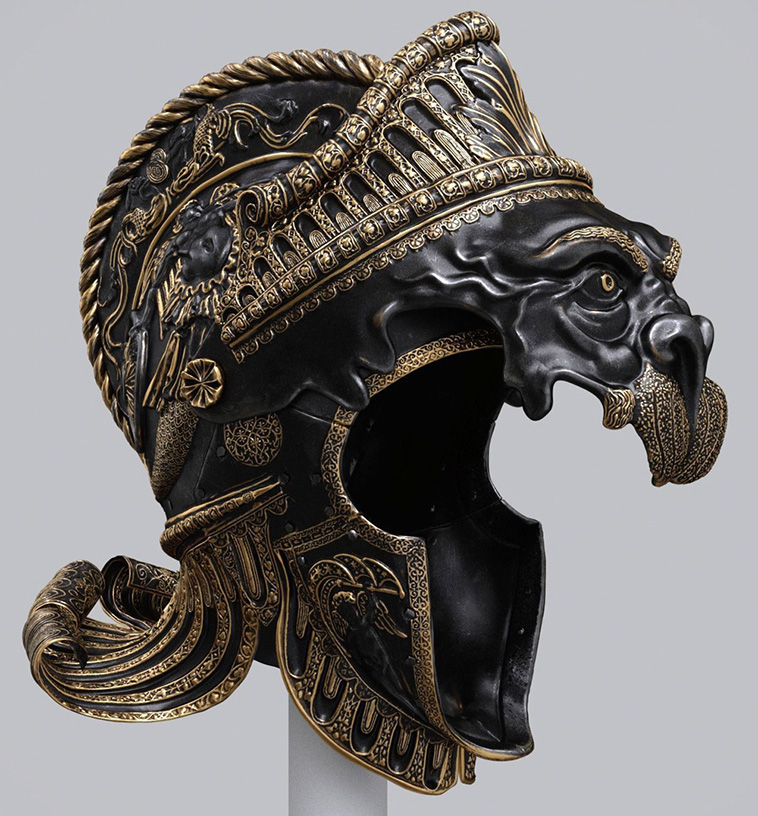 Burgonet with Falling Buffe and scenes of battle between the Lapiths and the Centaurs, c. 1555 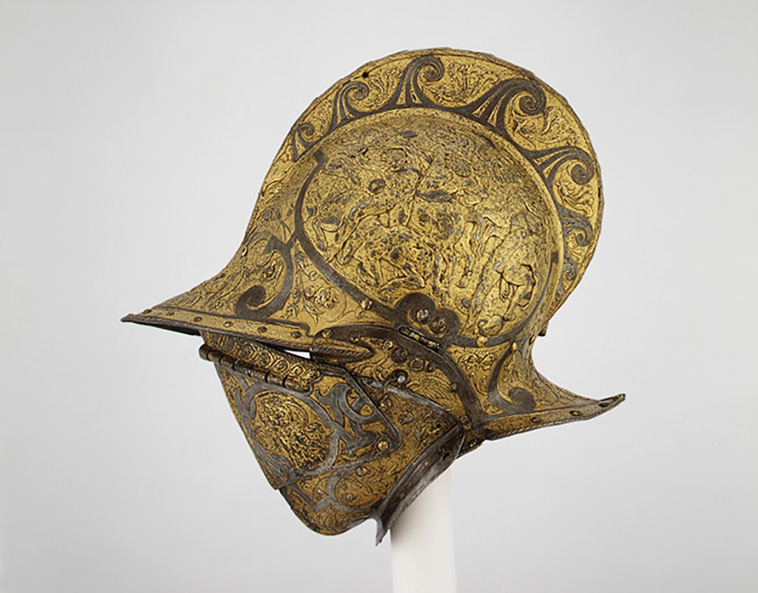 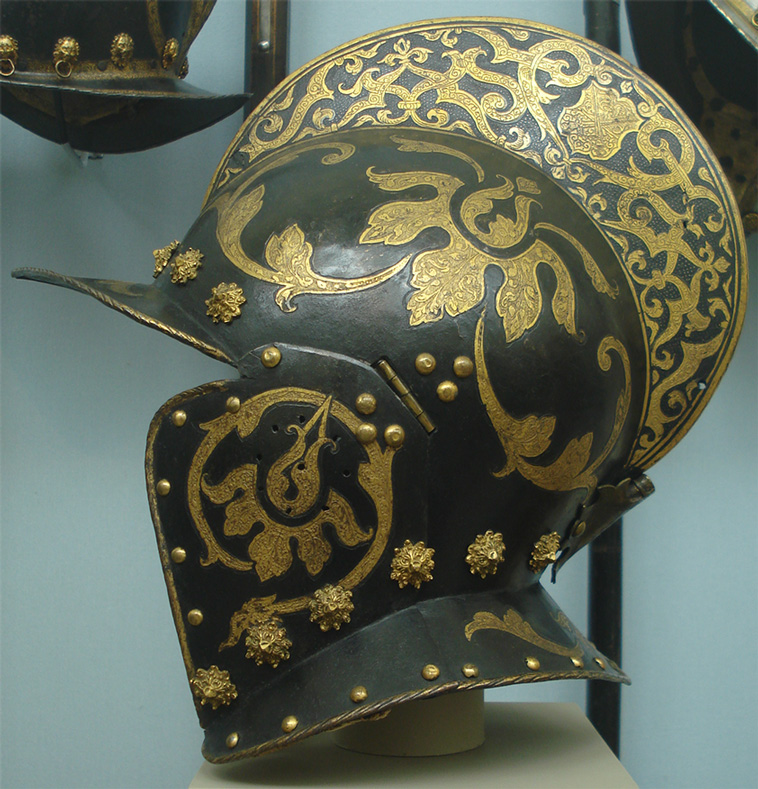 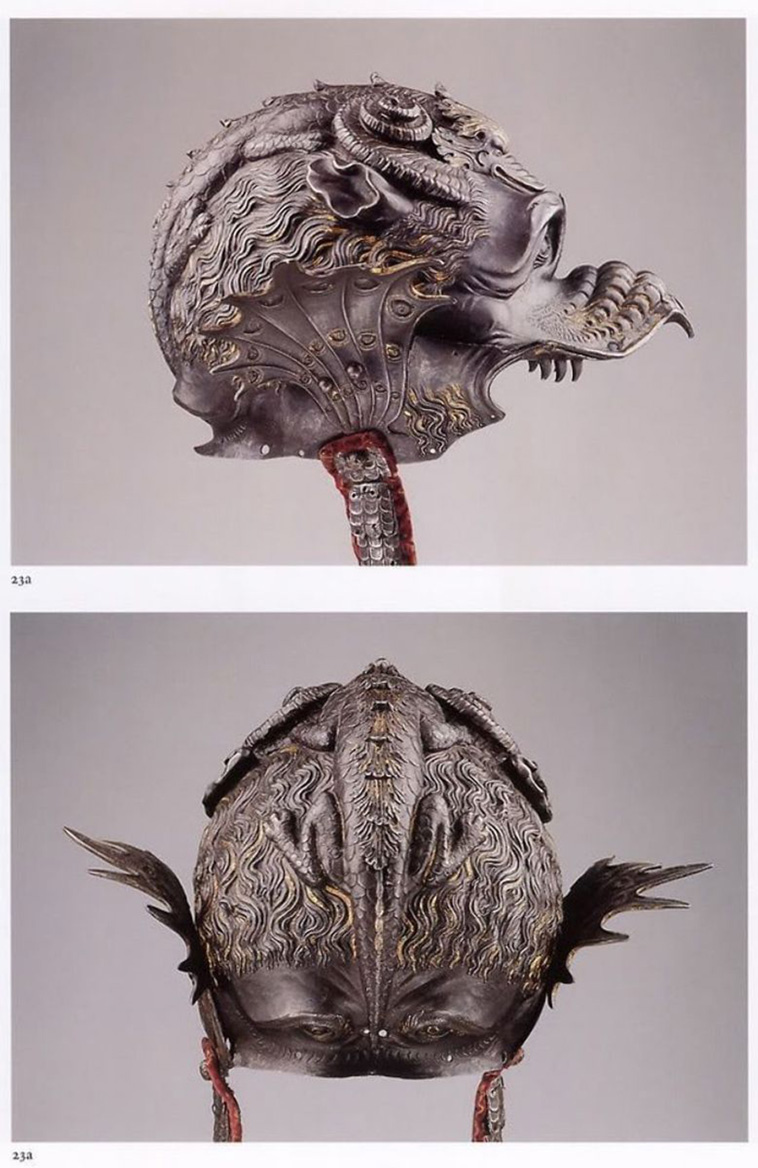 The Frog-mouth helmets, or Stechhelm that means jousting helmet in German, mostly were used by mounted knights in jousting tournaments rather than battlefields. They are used around 1400 and lasting into the first quarter of the 16th century.  These helmets were called in that way because of their looking. 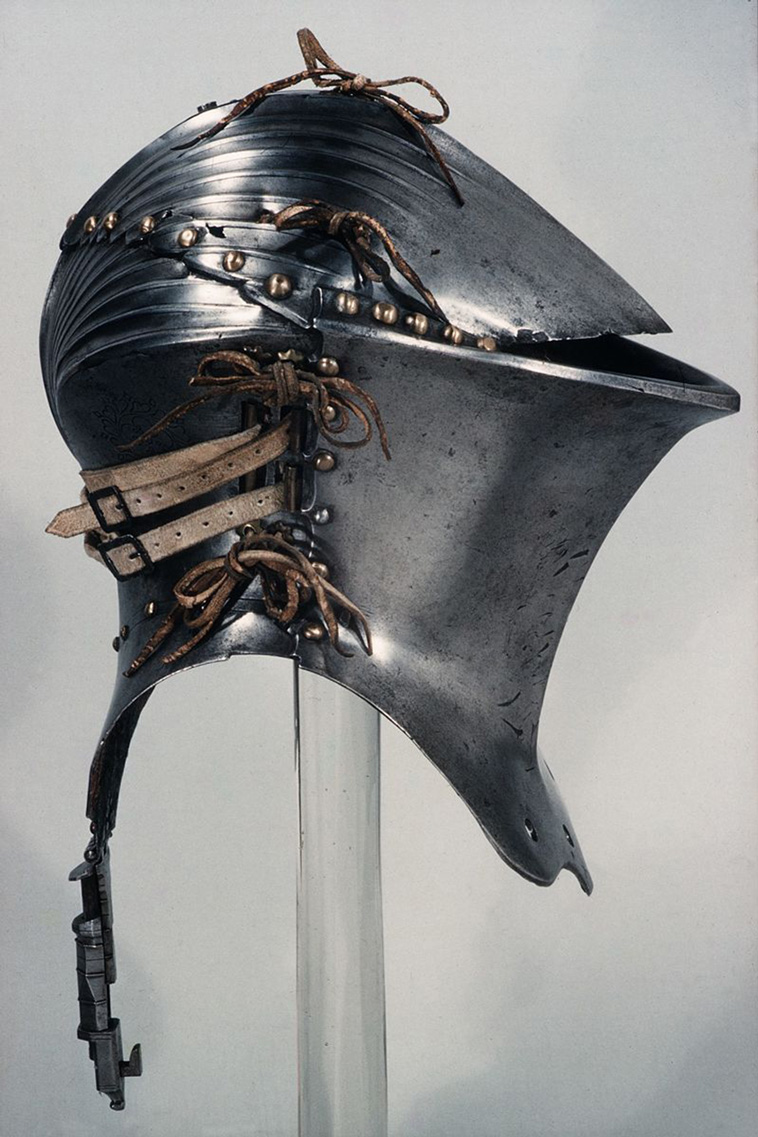 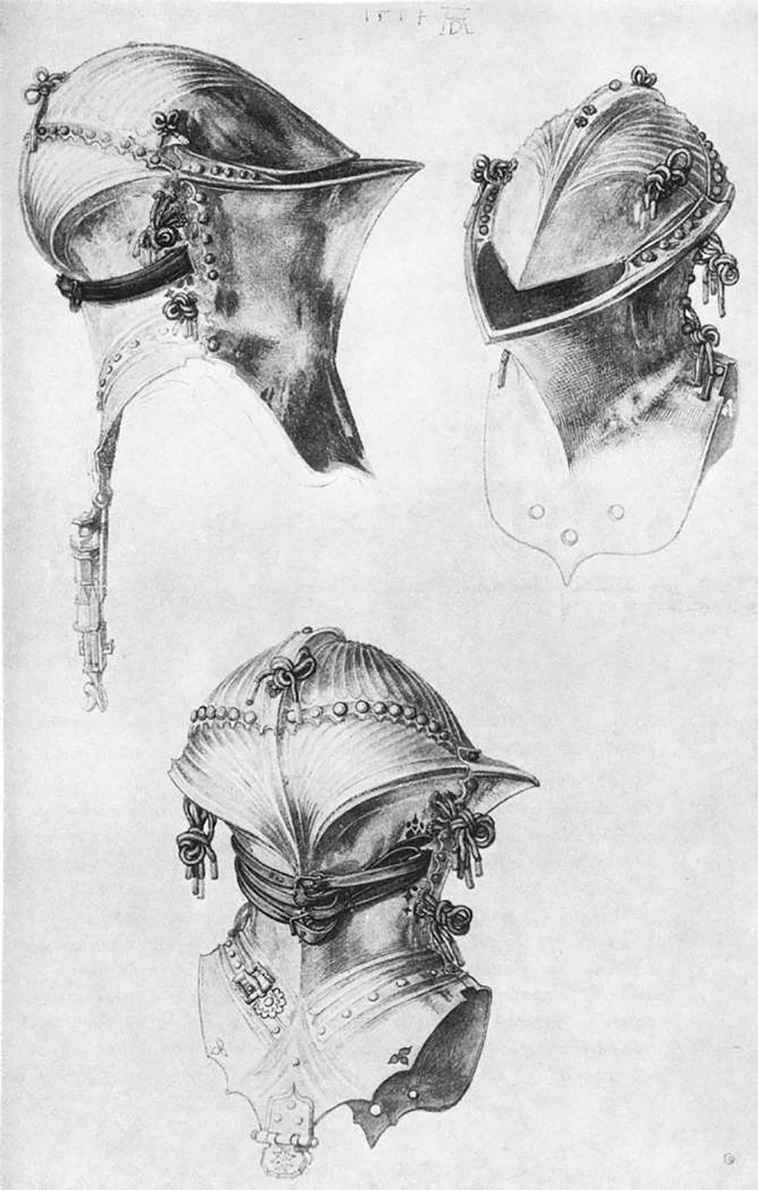 The Horned helmet was actually a gift by the Holy Roman Emperor Maximilian I to Henry VIII. It was a part of a suit of armor but the rest of the suit has disappeared. This unordinary-looking helmet was crafted by Konrad Seusenhofer who was an Austrian goldsmith working for Maximilian I. It was designed to use in parades rather than battlefields. 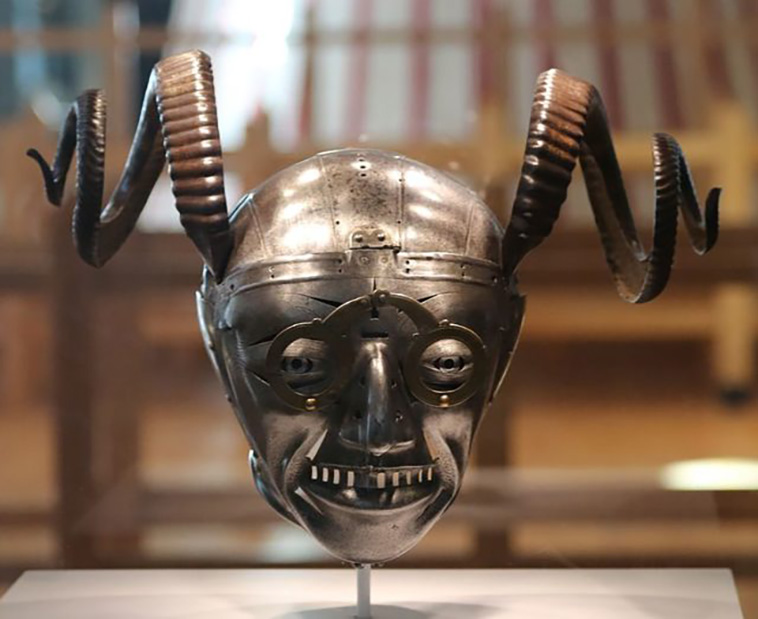 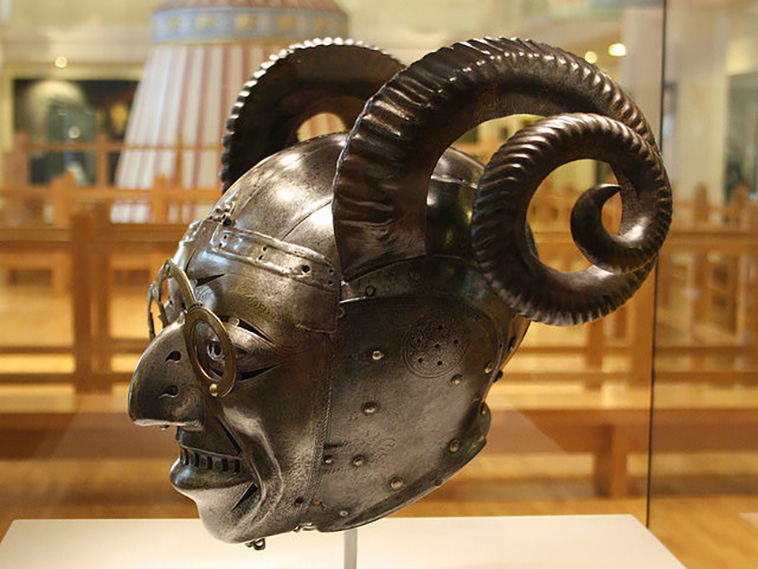