A gladiator’s helmet left behind in the ruins of Pompeii is the centerpiece of an exhibition to be unveiled in Melbourne today.

The 2,000-year-old bronze helmet is one of 250 items brought together at the Melbourne Museum to illustrate life in the ancient city.

Curators unveil a 2,000-year-old gladiator helmet from Pompeii as a preview for an exhibition at the Melbourne Museum 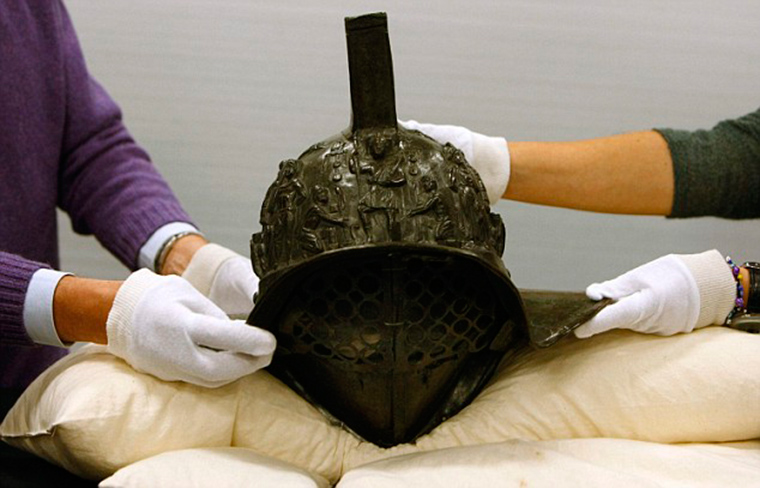 Museum manager Brett Dunlop says the helmet survived the eruption of Mount Vesuvius and was recovered 200 years ago.

‘A large number of gladiators’ helmets and shin guards and shoulder guards were found in what was most likely a storeroom in the gymnasium area,’ he said.

‘Most definitely the gladiators who were able to would have fled away when the volcano was erupting and a large number of pieces of their equipment were left behind.’

The helmet would have been worn by ‘murmillo’, a type of gladiator during the Roman Imperial age.

The distinguishing feature of the murmillo was the high crest of his helmet which, together with its broad rim, was shaped somewhat like a fish.

The murmillo took his name from this fish-shaped helmet; the word comes from the Greek word for a type of saltwater fish. 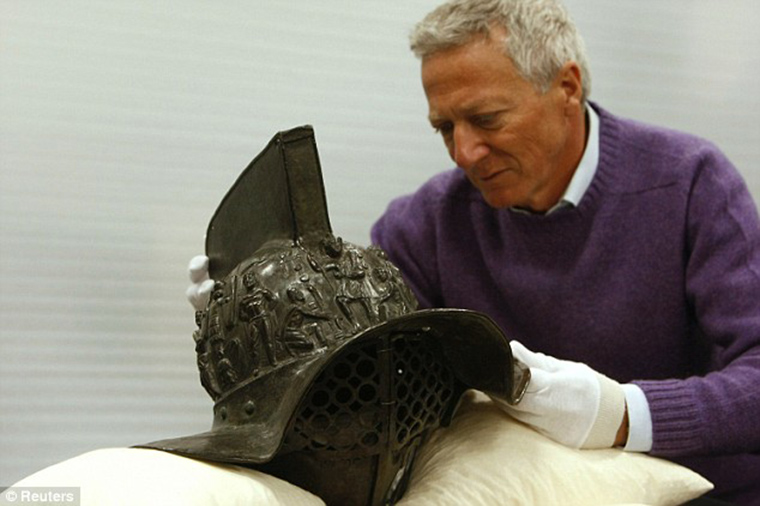 Otherwise, he wore a loincloth, belt, short greaves on the lower parts of his legs, a linen arm protector to protect his right arm, and the curved rectangular shield of the Roman legionary.

He also carried the legionary’s short, straight sword, or gladius, from which gladiators derived their name.

The murmillo usually fought gladiators styled after ancient Greek fighters, with whom he shared some of the same equipment (notably arm guards and greaves).

A number of ancient authors, including Valerius Maximus and Quintillian, assert that he also regularly battled the net fighter. It would certainly have been a logical pairing, contrasting a slow but heavily armored gladiator with a fast but lightly equipped one.

A murmillo stands victorious over a retiarius in Pollice verso, a painting by Jean-Léon Gérôme (1852) 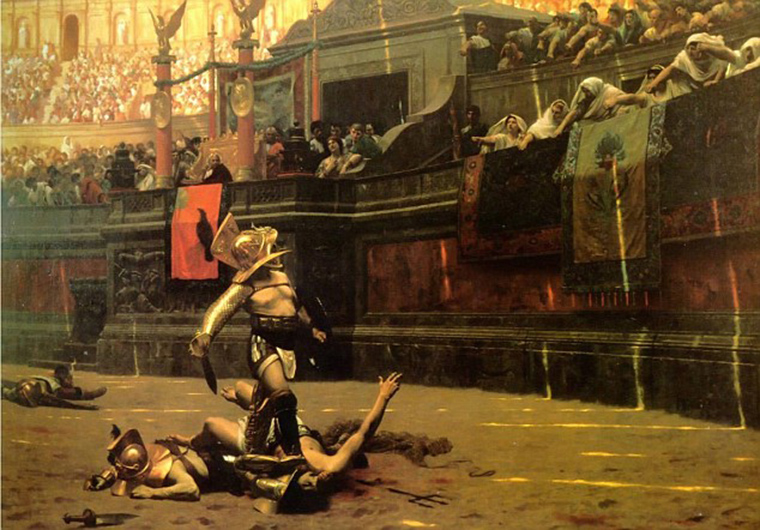 Examples of the pairing between murmillones and other gladiator types can be seen in frescos and graffiti in Pompeii.

In one well-preserved example, a murmillo named Marcus Atillus, who is credited with one match and one victory, is depicted standing over the defeated figure of Lucius Raecius Felix, a gladiator with 12 matches and 12 victories.

His opponent is shown kneeling, disarmed and unhelmeted. The graffiti records that Felix survived the fight and was granted his freedom. 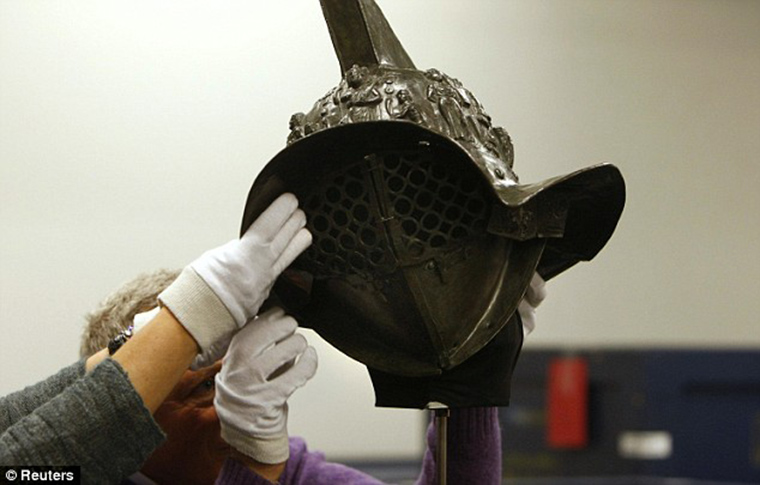