If you are a fan of a book series, you know the absolute thrill of opening that book and reading the first page with pride and a crackle of expectancy.  This super fan decided to take things a step further by painting the first page of the first Harry Potter book onto her wall so that the magic can live on and allow the rest of the world to see it, too.  This project was supposed to last a weekend, but it ended up being a larger task than she thought because it took her three weeks of hard work.  She is happy with the finished project, however, and is looking forward to sharing it with the world.  No matter if you are a fan of the series or not, you have to admit that a book lover’s love for a series is pretty impressive and exciting when seen in person.

How long would it take to paint the first page of the Harry Potter series on your wall? 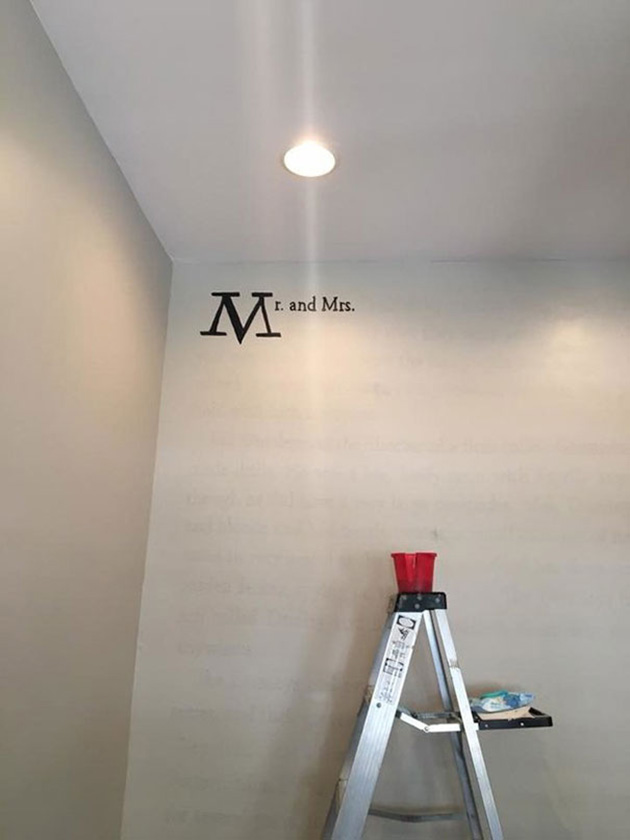 Meredith McCardle used a projector to trace the words 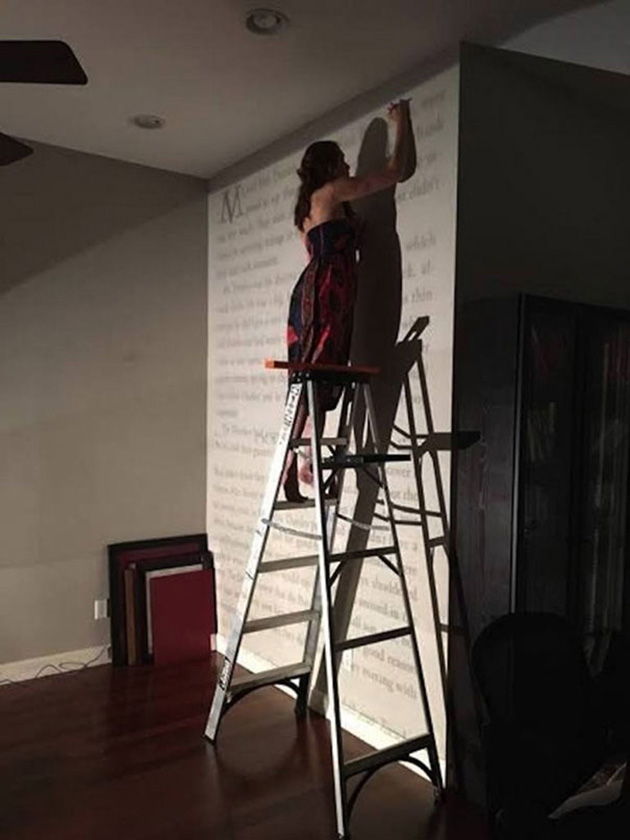 It was supposed to be a fun weekend project 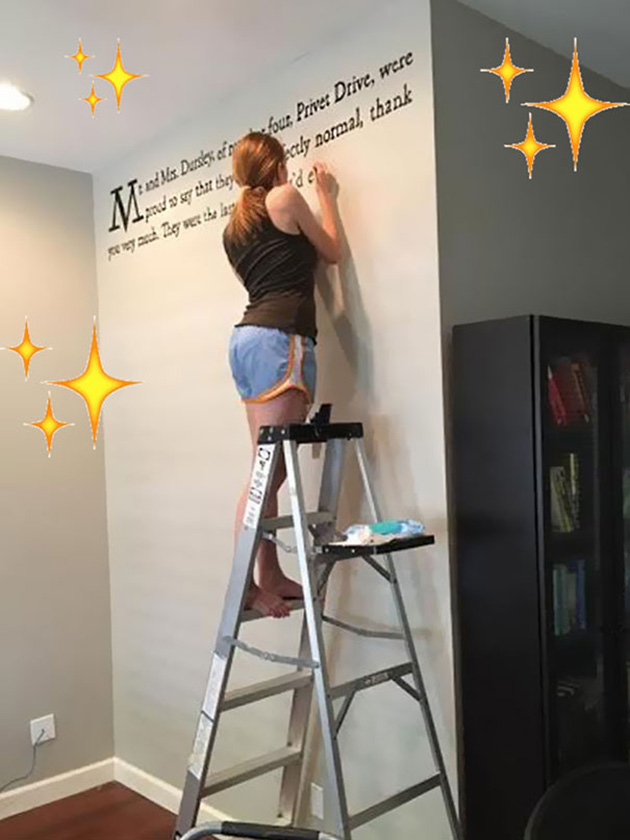 But then one weekend turned into two… 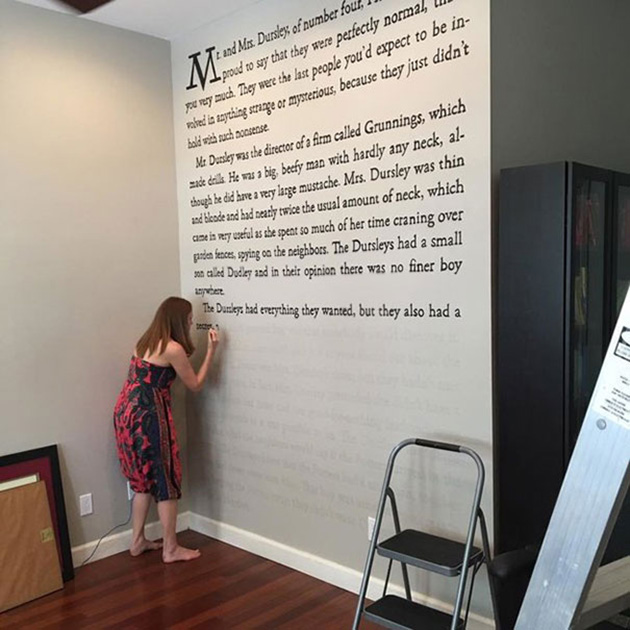 Three weeks later, she was finished! 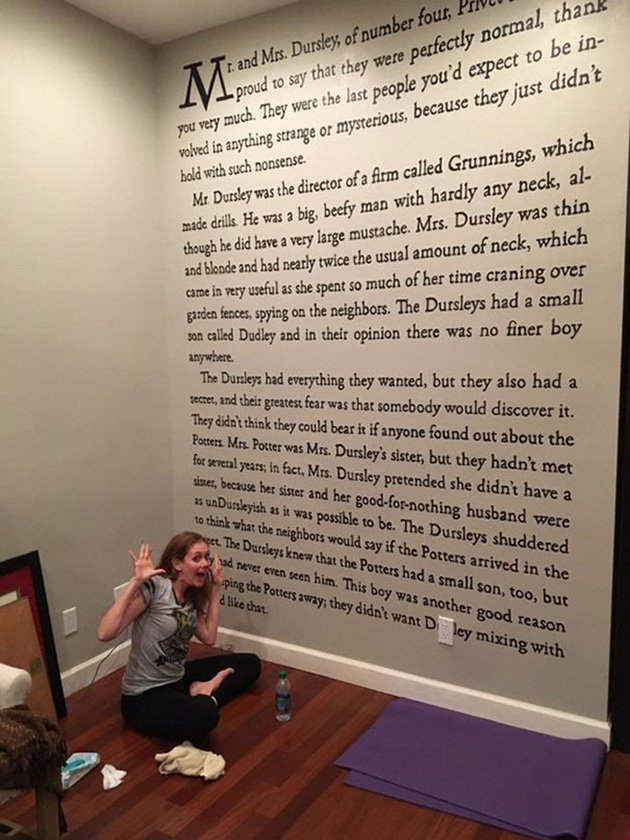