Every day thousands of people are forced to sleep rough on the streets due to the fact they are homeless. One man aimed to create a way in which homeless people could gain access to a safe shelter for a night in the form of small pods that are attached to the exterior of buildings in London. 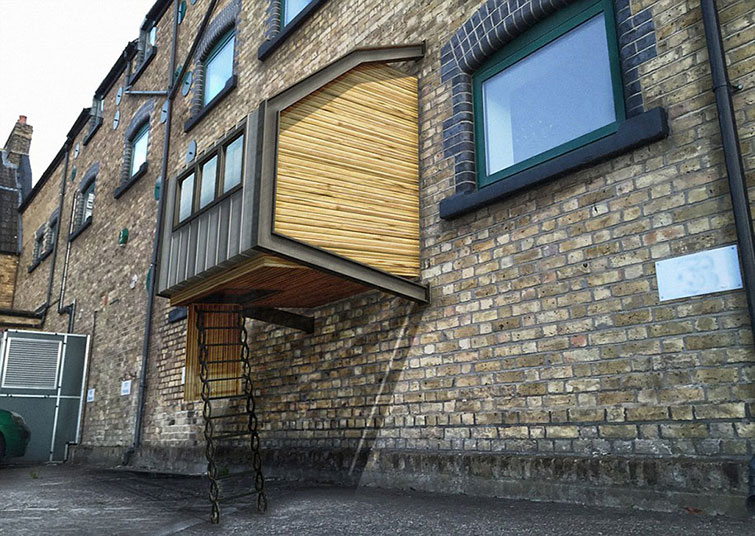 James Furzer is the architect behind the ‘Homes for the Homeless’ concept. The idea is that basic sleeping pods can be made using the materials like plywood that would then be attached to the exterior of a building using a steel frame. Accessible through a retractable ladder, homeless people would be able to find lodging for the night in the form of a dry pod that comes with a mattress, shelves, and windows.

Furzer, who works for Spatial Design Architects, even won a design competition using the idea. Although he does recognize there would be some issues that would need to be straightened out before the idea could be rolled out, but still sees it for the potential it can offer homeless people. As he explains “I know it’s not going to solve homelessly or even help their lifestyle – I’m not claiming to have a complete resolution. There are many bigger issues around homelessness in London,”  “But it is somewhere to give them a night’s rest, to give them a bit of an escape for a few hours.” More info: fakro.com (h/t: Telegraph) 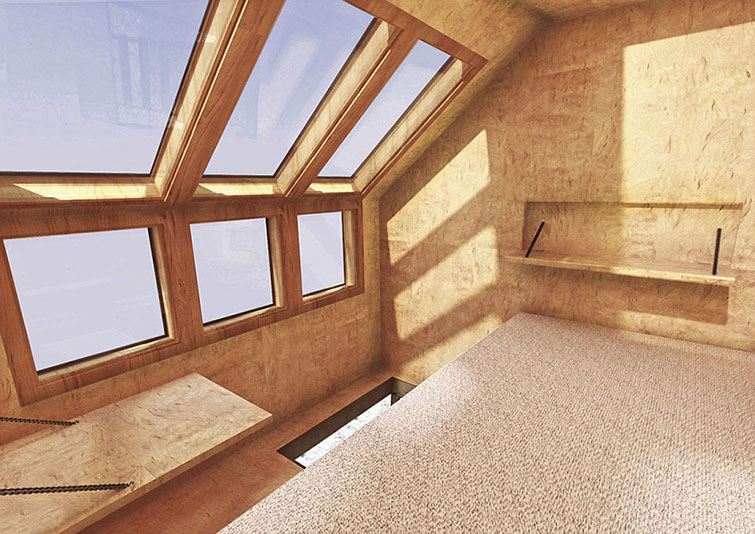 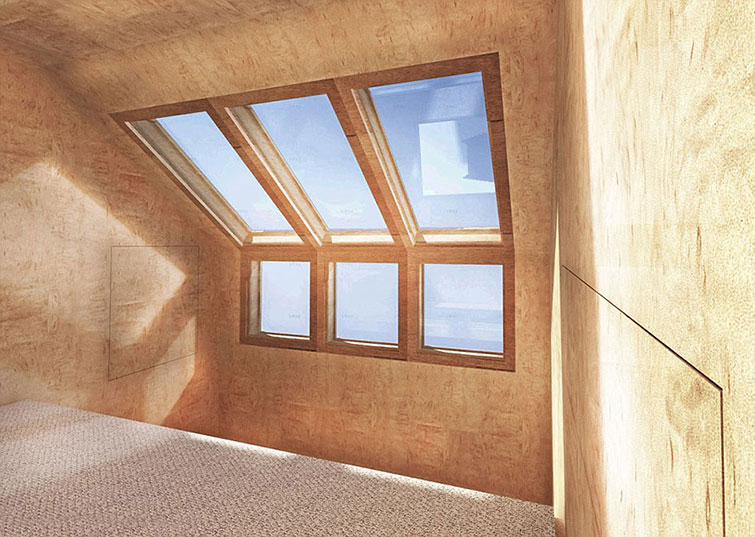