Sometimes the most tragic circumstances can lead to some of the most beautiful moments that we can experience. When tragedy struck this young boy of Huntsville, Utah, his father and his grandmother thought there was little too hopeful. 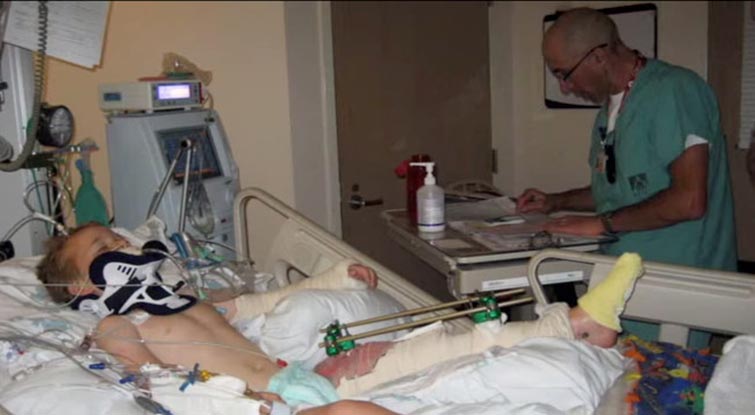 Caleb is an unfortunate boy who was struck and injured in a head-on Collision. This accident resulted in damage to millions of brain cells, leaving the poor boy unable to move. As we said before, his family thought that all hope was lost. 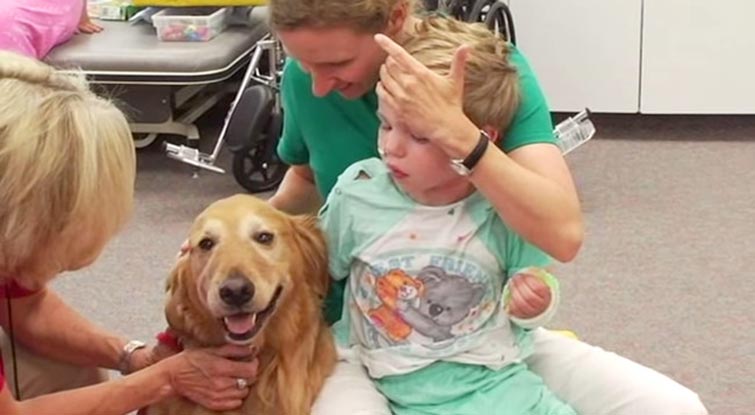 However, this all changed when Caleb received a special working dog to help him recover. Colonel, the golden retriever is about the same size as Caleb. Until Colonel arrived, Caleb had been unresponsive and therapy had not helped in the slightest. However, the appearance of the golden retriever sparked an interest in Caleb, and the progress that he saw after getting this new four-legged friend was off the charts when compared to anything that they had experienced before. 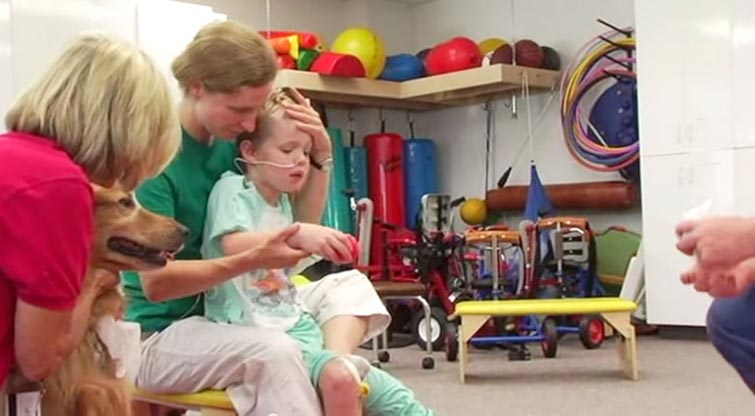 With the help of Colonel and a therapist, Caleb is making huge progress in terms of his recovery. Colonel truly is this young boy’s best friend.