It’s almost 2 miles down in a Canadian mine. 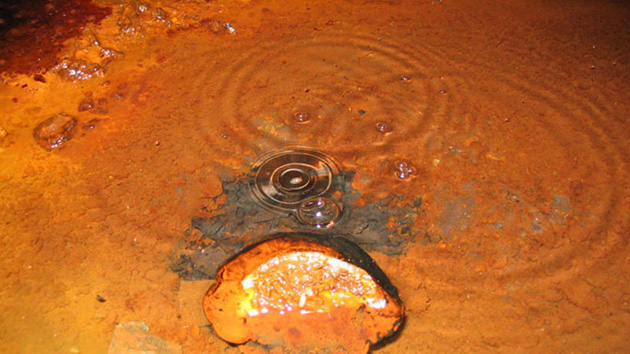 The 1.5 billion-year-old pool of water. BARBARA SHERWOOD LOLLER/UNIVERSITY OF TORONTO

A bubbling pool of water found deep within a cave in Canada has been identified as the world’s oldest – it’s believed to be an incredible 2.5 billion years old!

Found around 2 miles underground, the discovery means that the previous record for oldest pool of water, a modest 1.5 billion years, has now been usurped. Strangely enough both pools are found within the same network of caves.

The ability to date the water comes from scientific tests that analyse any gases present inside. For example, gases such as xenon and helium can gather over time when trapped within rock fractures, so when measuring the concentration of such gases, the age of the water can be identified.

This proves to be an exciting scientific discovery, as the water can potentially unlock many secrets about earth from this time period through various tests.