Anyone that might be wondering what is going on in the head of a Marcopinna microstoma fish can easily do so by simply looking at one these fascinating fish, as they completely see-through heads! 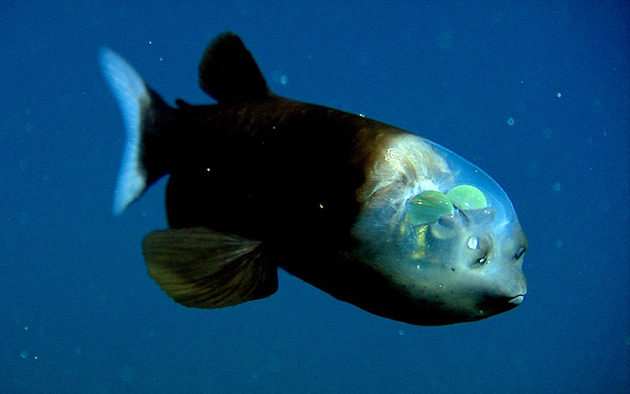 The odd-looking creature is hard to miss thanks to its transparent head, which is filled with fluids, and its eyes are not exactly where they appear to be. The beady black dots that you can see in the image is actually the fish’s nostrils, with the brown-colored tubes adorned with green half-spheres inside of its head actually being the eyes. 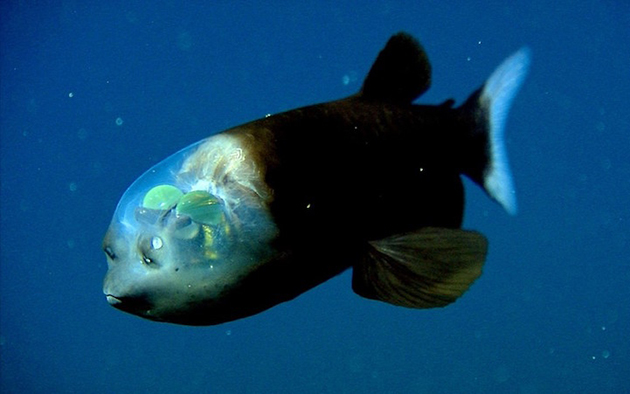 First discovered in 1939, photographs of this peculiar fish weren’t captured until 2004, which makes sense given the fact they live in depths of 2,000 to 2,600 feet! Better still, they tend to avoid swimming, usually preferring to float motionlessly in the water as they look for prey (typically smaller fish and jellyfish). 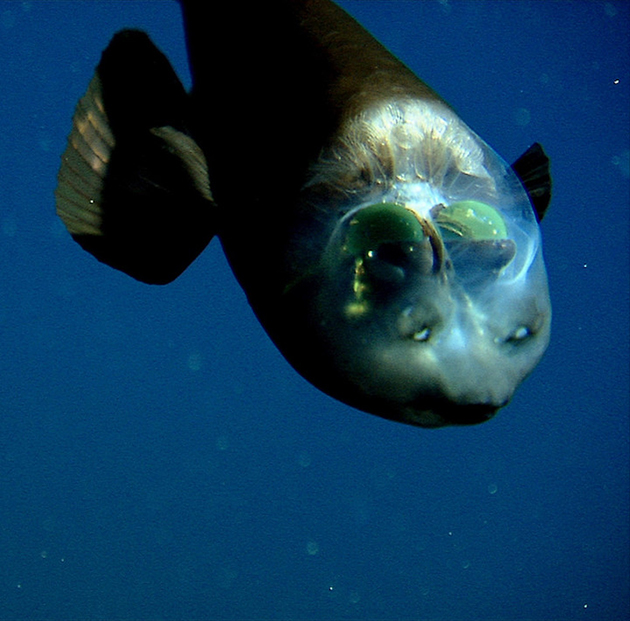