People call this fire station in Northern Italy looks like “a villain hideout” or “a superhero base”.

Bergmeister Wolf, a northern Italian firm with offices in Austria and Italy, was hired by the small Tyrolean town of Margreid to build a new volunteer fire station back in 2010. Instead of using up valuable agricultural land, they opted to carve three caverns out of a rock, thereby minimizing the use of new materials and reducing the project’s energy load. It is built in a 300-foot cliff of sheer rock. They made blasting three caverns into the cliff face, connecting them with smaller crossing tunnels. Two of the tunnels are the garages, and the third houses the administrative part of the station, which extends as a glass box beyond the rock. Meeting rooms and offices are fitted out in wood and steel. A cantilevering glass cube inserted into the cave near the offices brings in natural lighting, further reducing energy requirements. The ingenious and novel design of the building has earned its architects four architecture awards.

The unusual headquarters is a perfect aesthetic match for its alpine setting. More info: Bergmeisterwolf Architekten 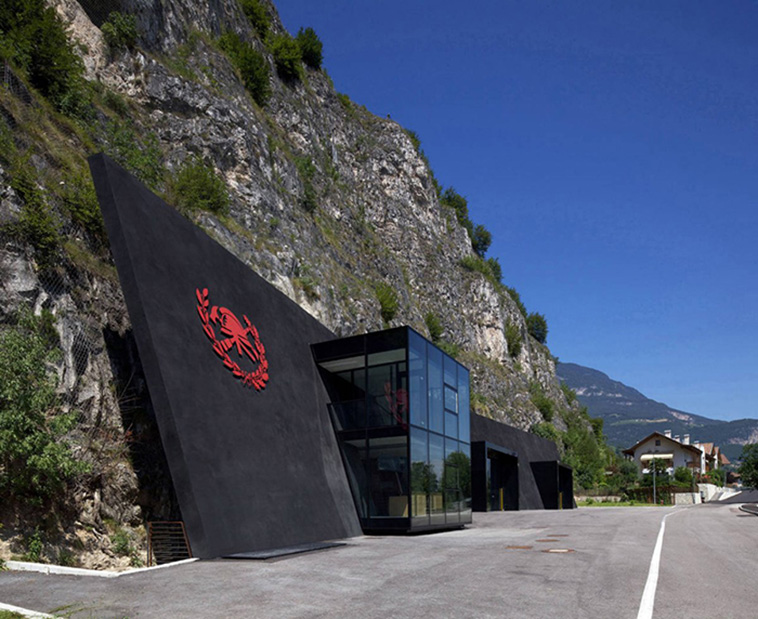 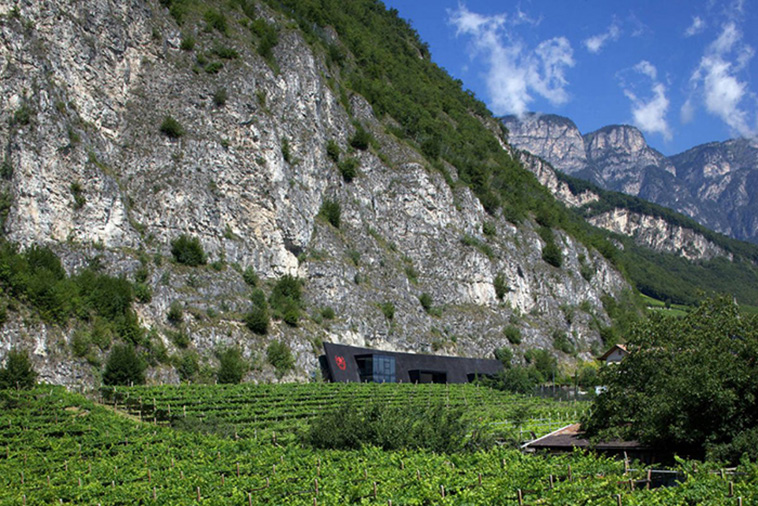 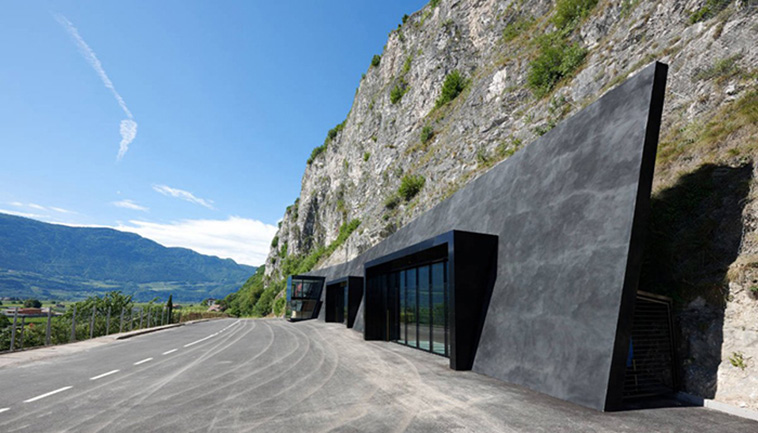 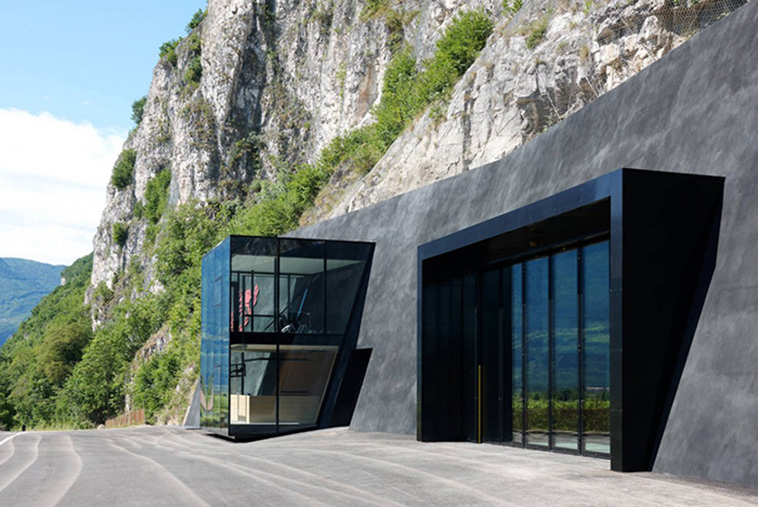 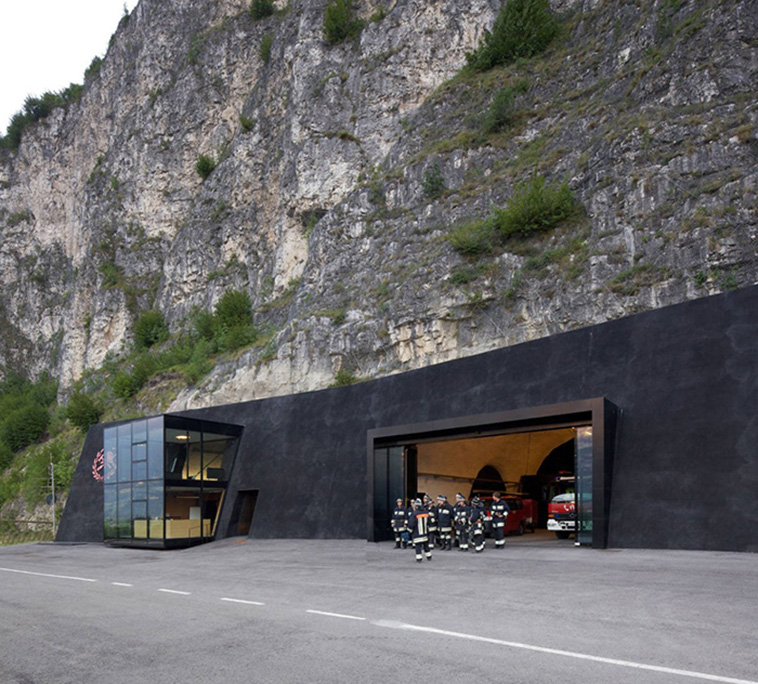 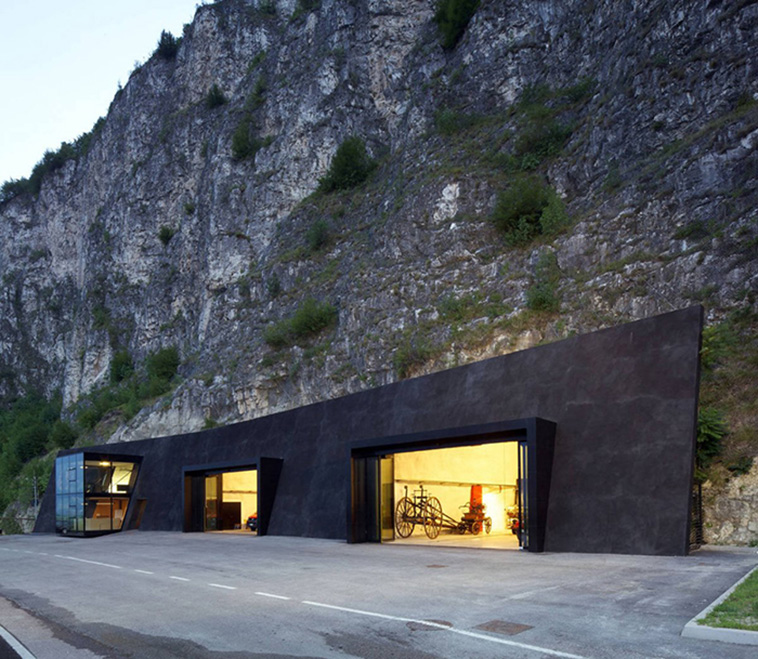 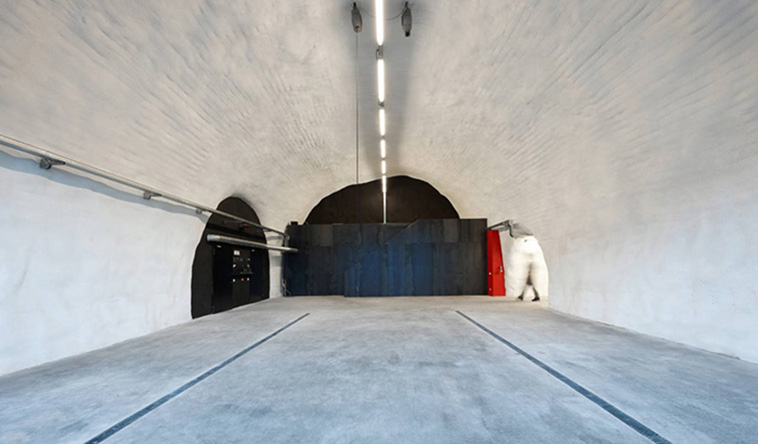 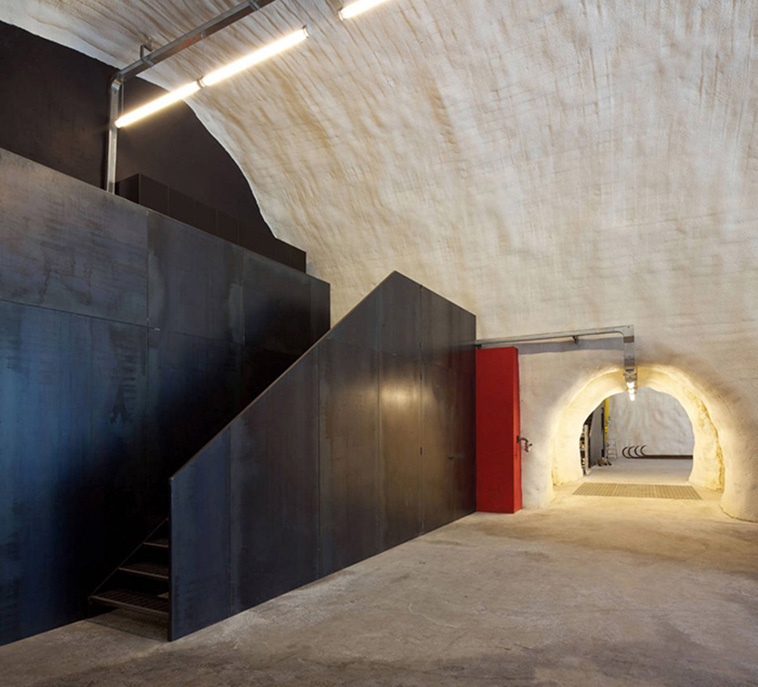 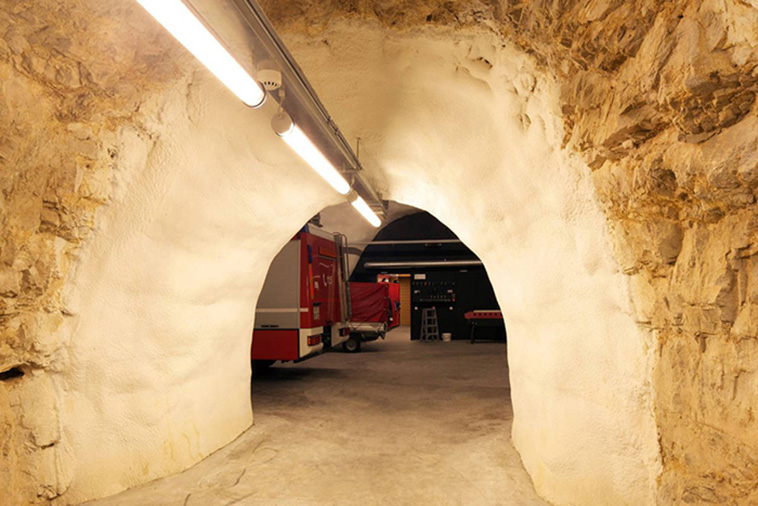 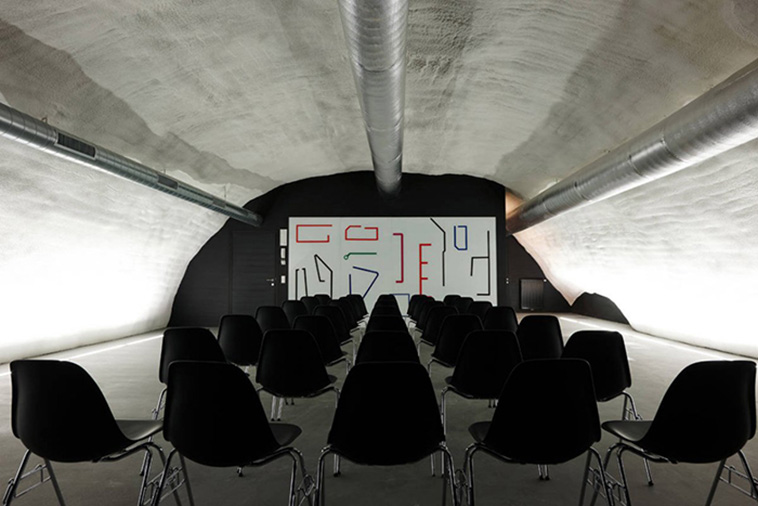