The ancient town of Fenghuang also means the Phoenix Town in China; it was described as the most beautiful town in China by the Zelanian writer Louis Aileen. The ancient town was added to the UNESCO World Heritage Tentative List on March 28, 2008, in the Cultural category. 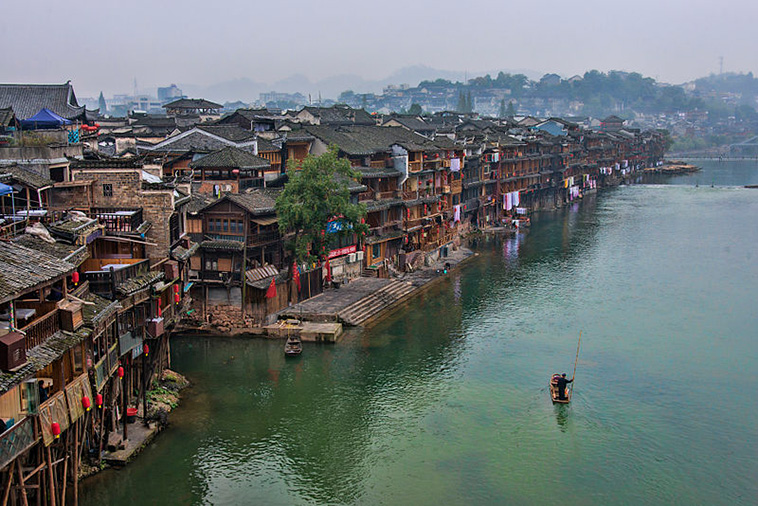 View of Fenghuang Ancient Town from the Red Bridge 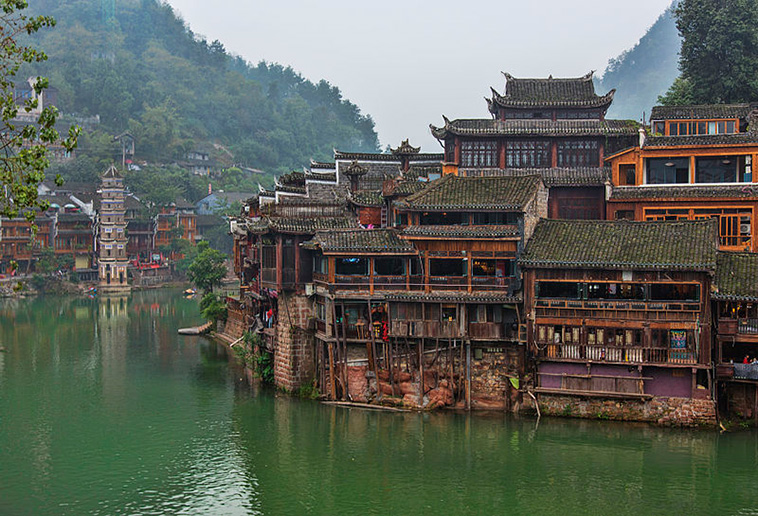 There are 20 ancient streets, dozens of ancient lanes, and over 200 ancient residences there, which display the architectural styles of the Ming and Qing dynasties. 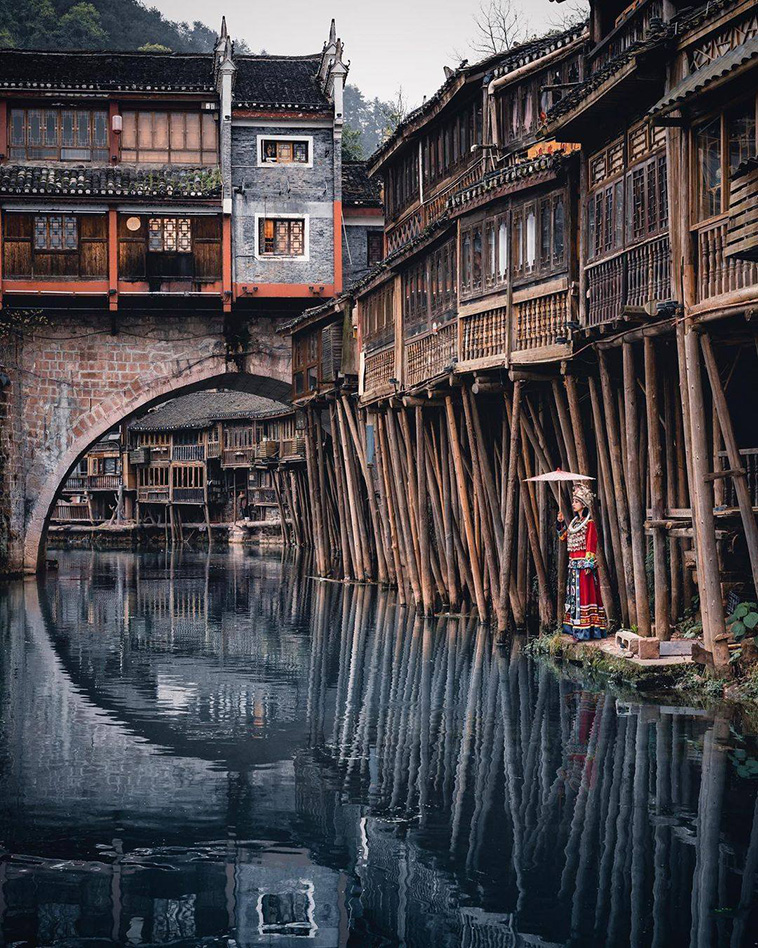 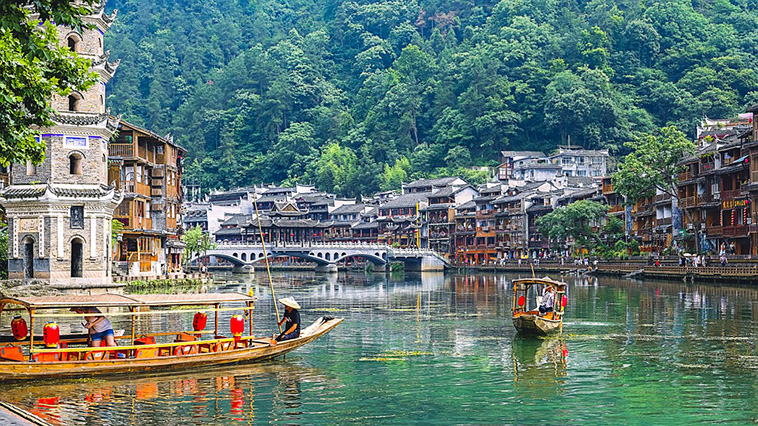 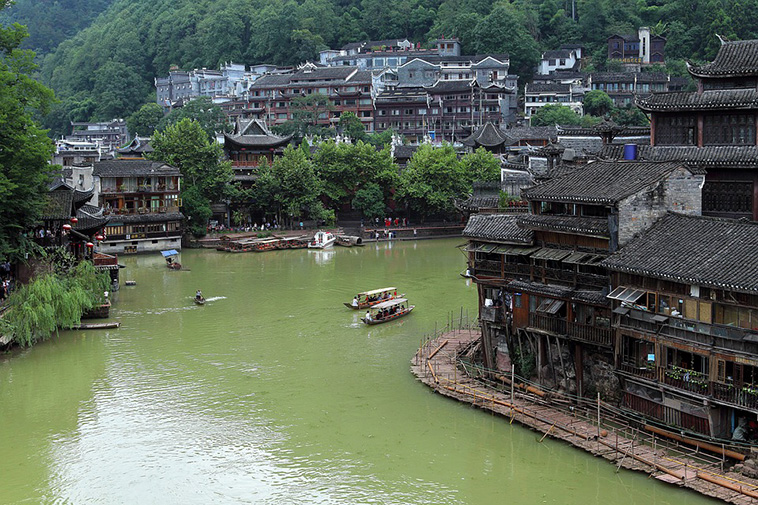 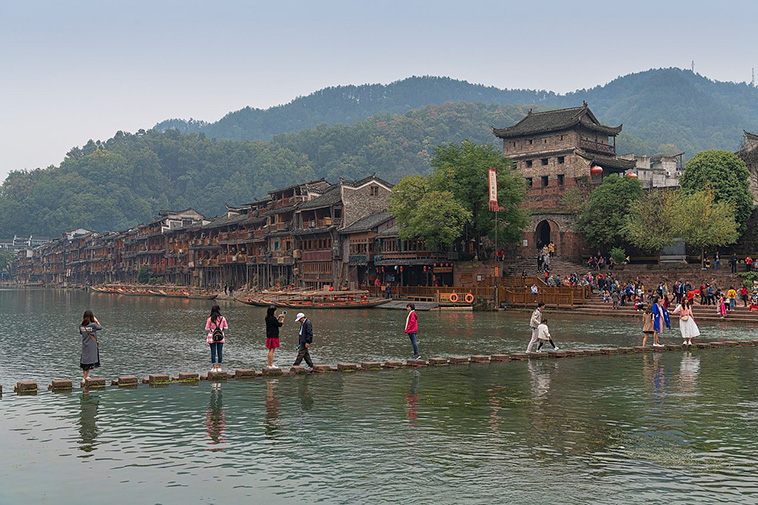