It was Thanksgiving morning and the family awoke to about a foot of snow in their yard. “It was exciting and the kids ran right out the front door to play in it,” Branden Bingham said. 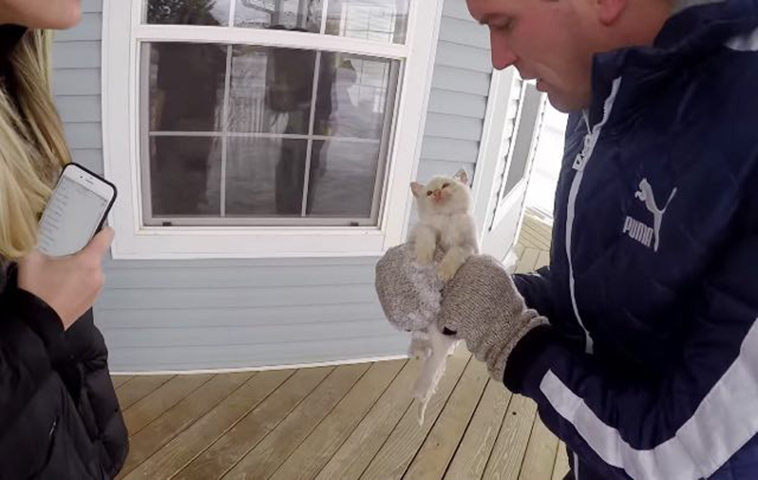 “About 30 seconds into the fun my son stumbled over what appeared to be a frozen, lifeless kitten.” 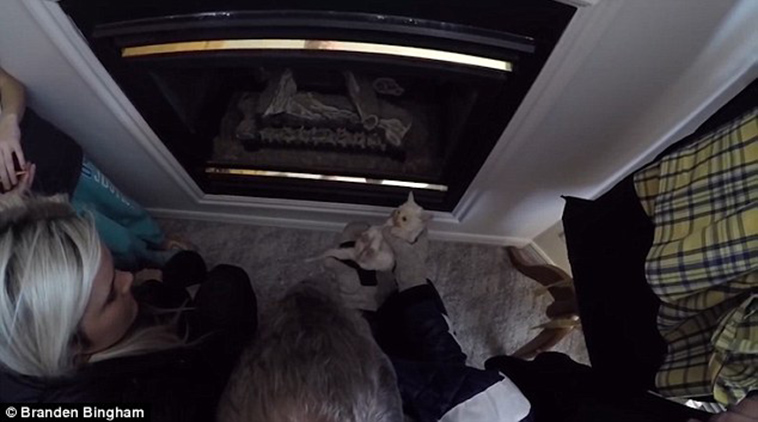 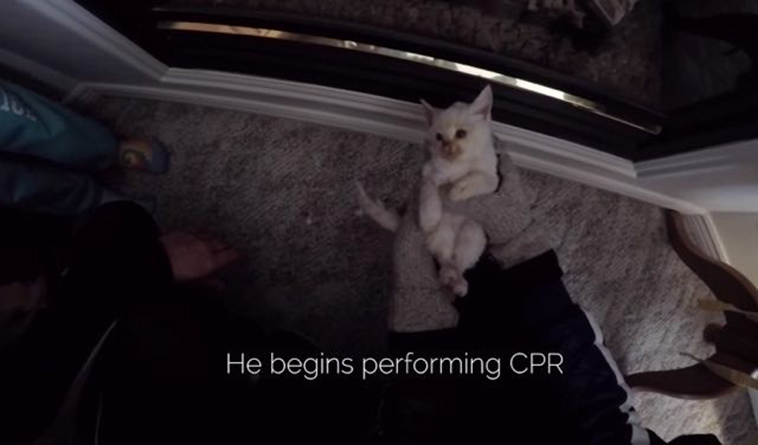 Branden’s younger brother quickly came over to inspect the kitten whose body was still limp. He picked him up and ran inside the house to be by the fireplace. 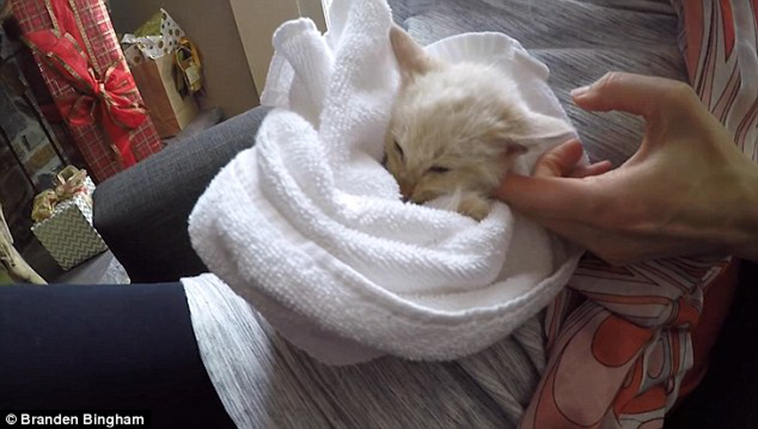 “Miraculously, after hours of warmth and care and a little kitty CPR, the little guy came back to life!” 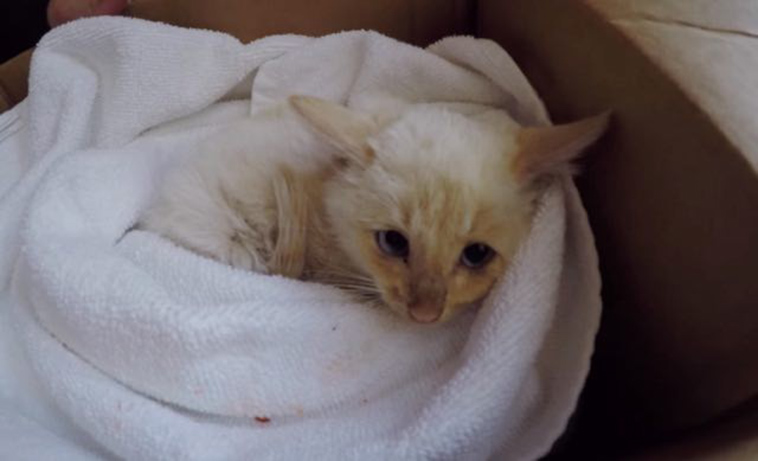 Branden told: “The kitten is doing great! A cool side story is when my cousin took him to get his shots at the vet she was telling the story of how just a day earlier he was found nearly dead in the snow and someone behind her in line offered to pay for all the medical costs!”

His name is Lazarus. 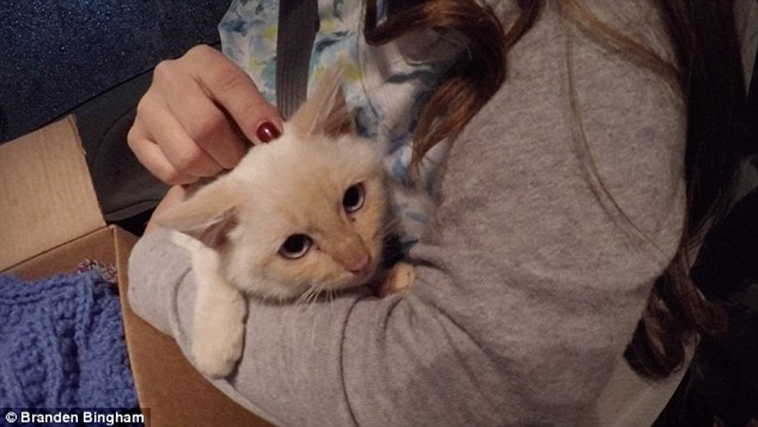 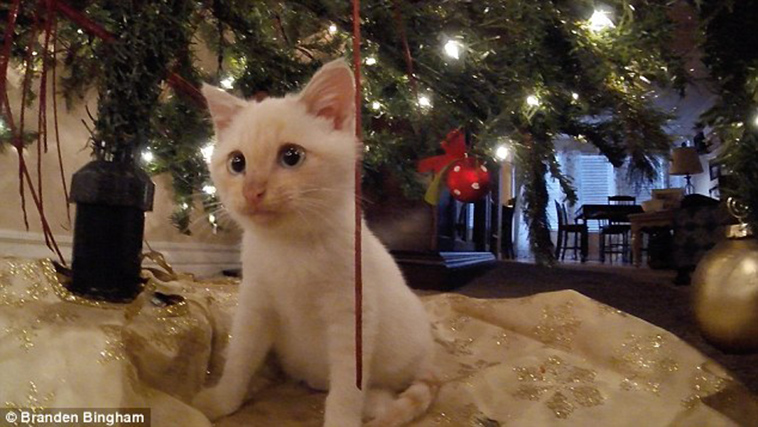