Federico Babina is an illustrator with an affinity for creating artistic mashups that bring together two very different subjects. His most recent project is no different, with Architale combining aspects of classic fairy tales with architecture.

According to Babina, the project aims to be “a tribute to the fairy tale universe where the architectures are reinvented to accommodate the protagonists of the story.” 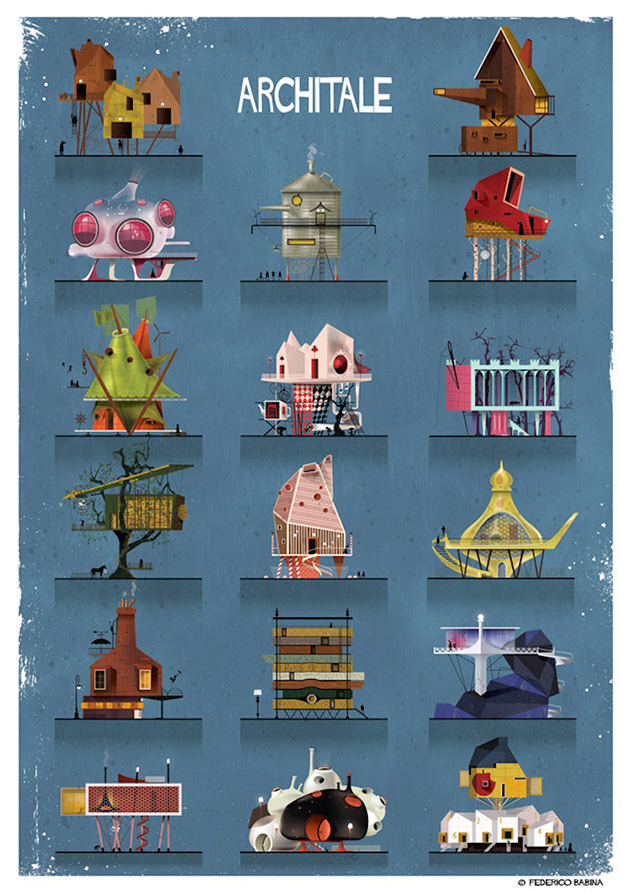 Iconic characters from Cinderella to Peter Pan are among the 17 delightful homes that Babina has designed, with each character’s story providing a strong influence on the overall architectural design of the home. 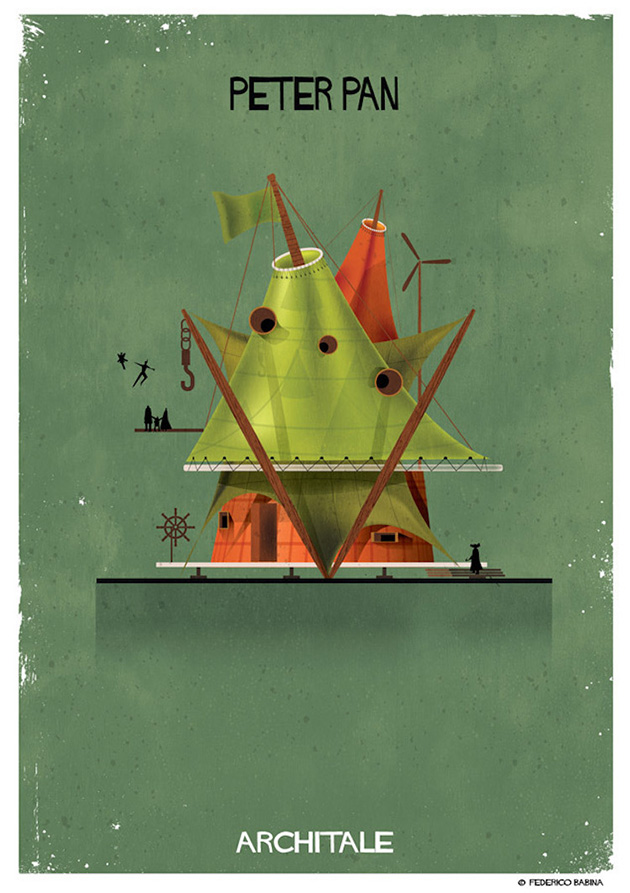 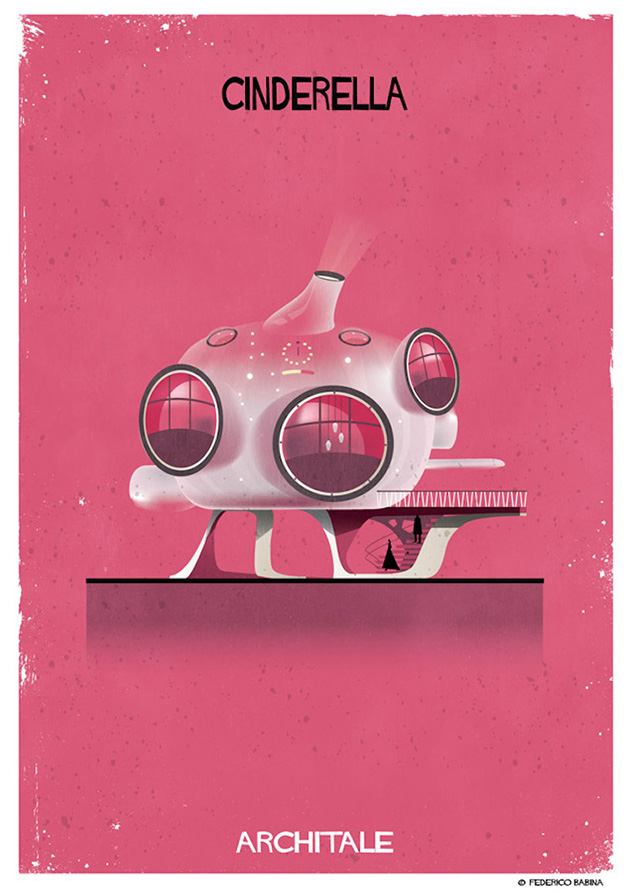 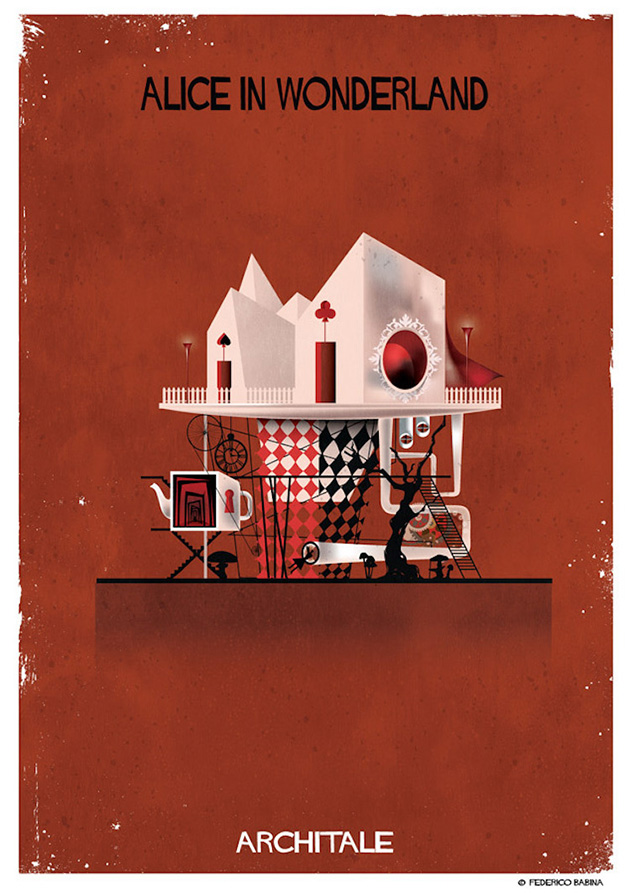 For instance, Aladdin’s abode is shaped like a massive genie lamp, while the Sword in the Stone home features a huge sword as part of the core design. Every illustration has a notably vintage style that evokes the designs prominently featured in 20th-century illustrations, helping Architale to feel both contemporary and retro at the same time.

Unsurprisingly, the project was heavily influenced by Babina’s childhood memories of reading fairy tales and being transported to fantastical and magical places.

“The lighted windows in the dark night that hide secrets and surprises,” he explains, “the objects that have been transformed and come to life, were for me a prelude to the universe of architecture and design.”

Which house would you live in? 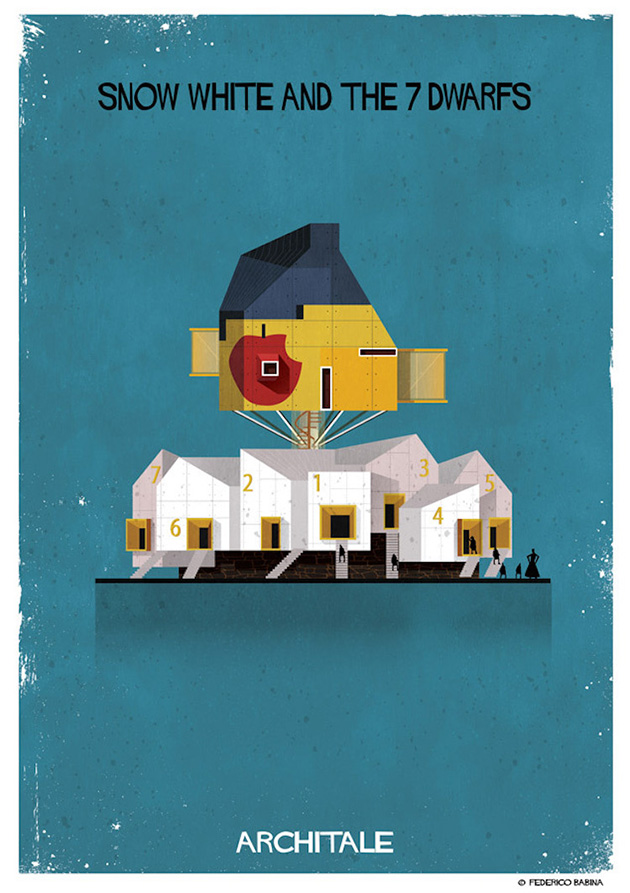 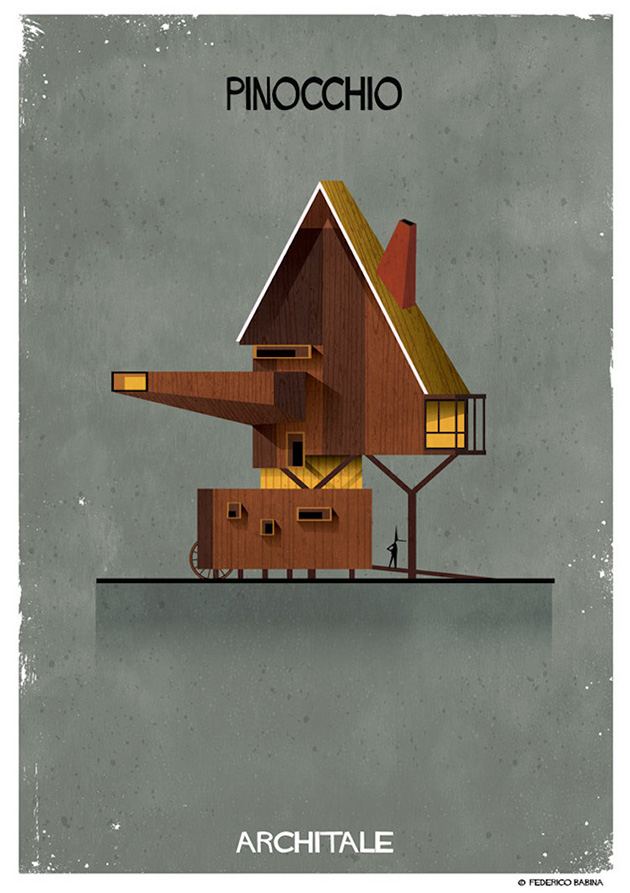 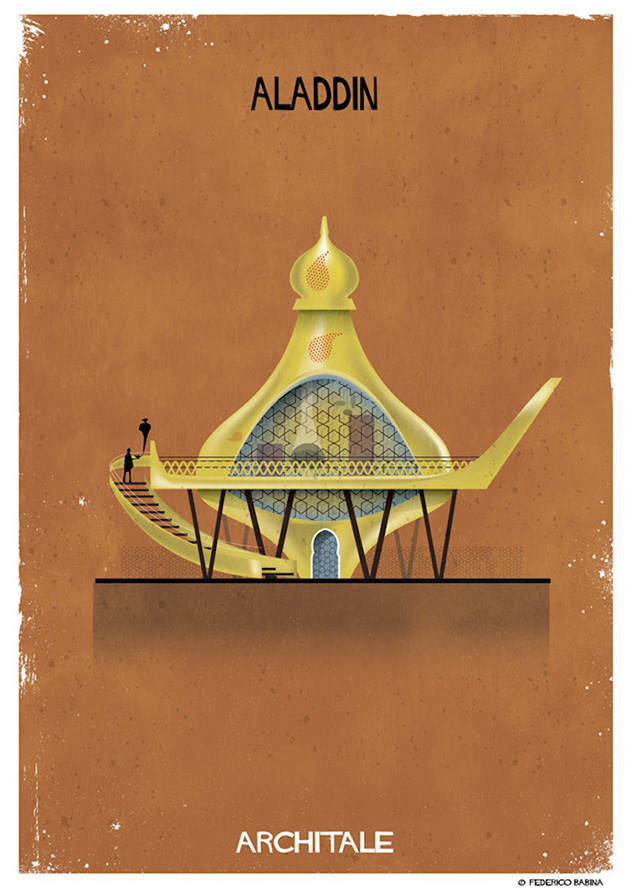 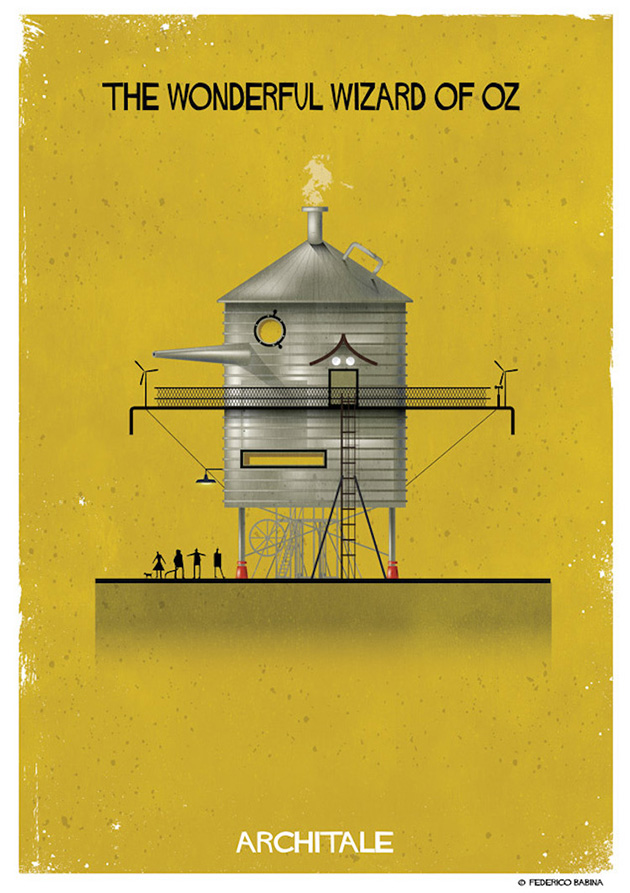 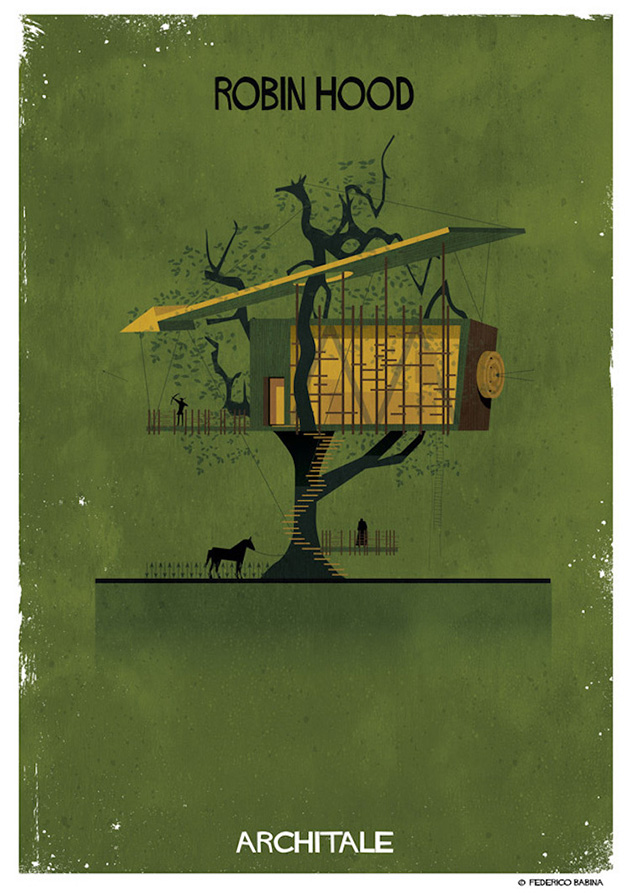 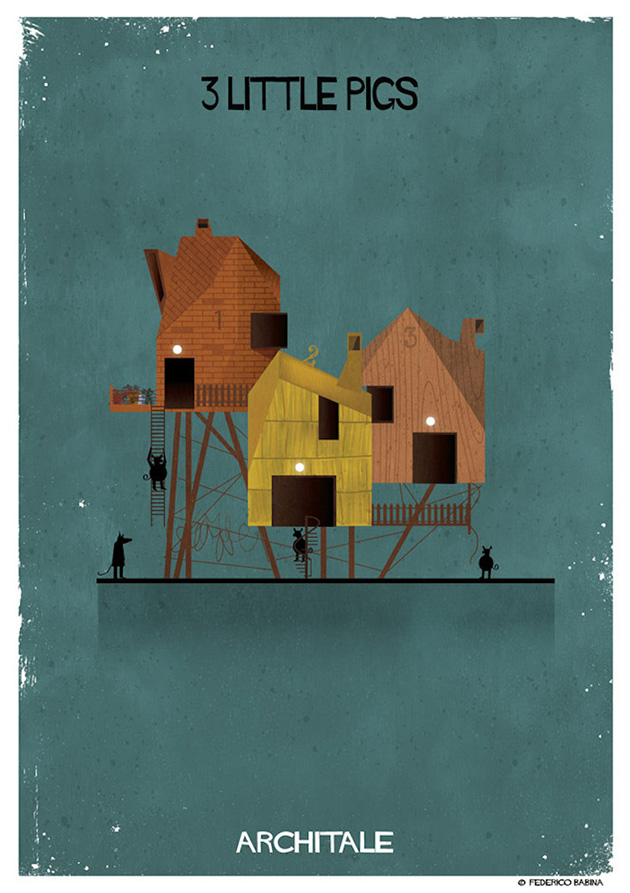 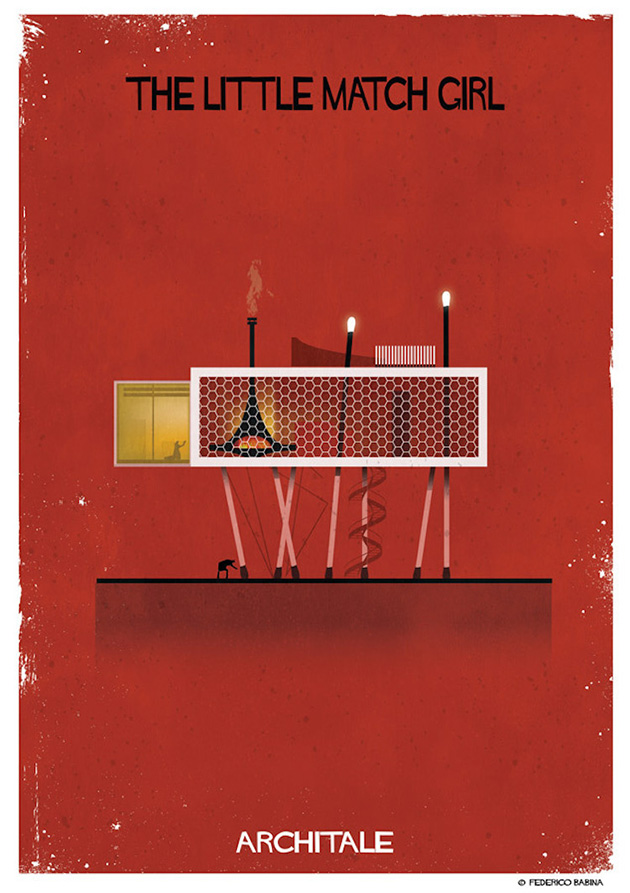 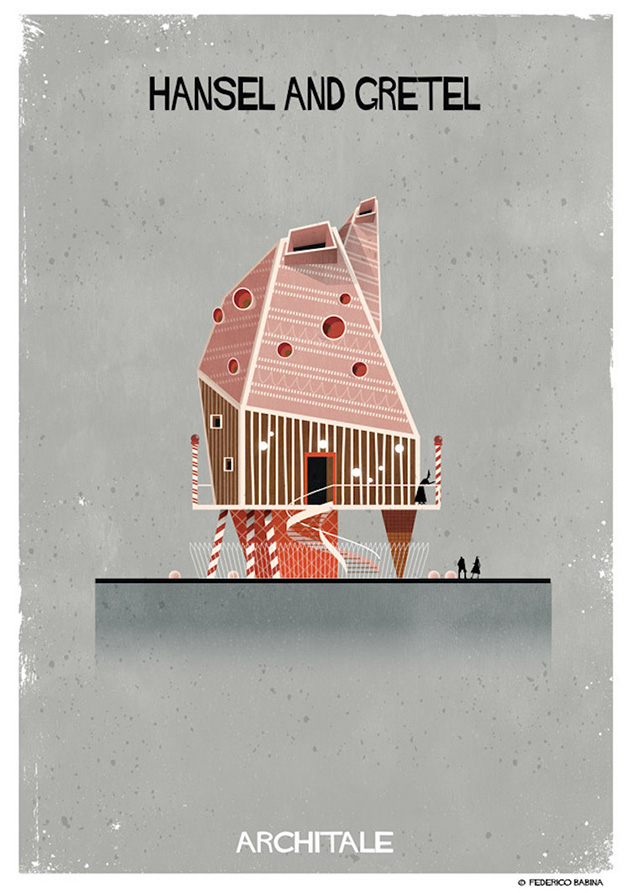 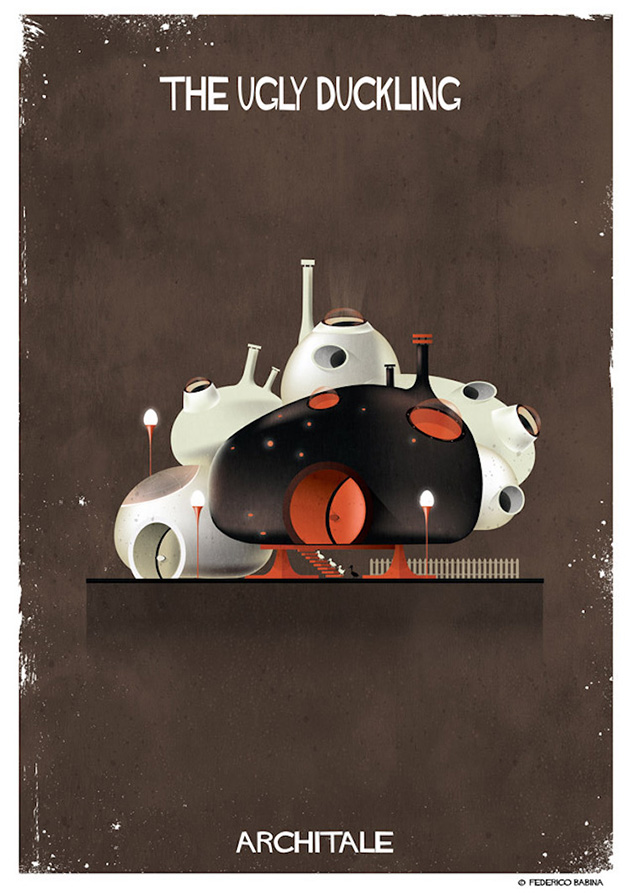 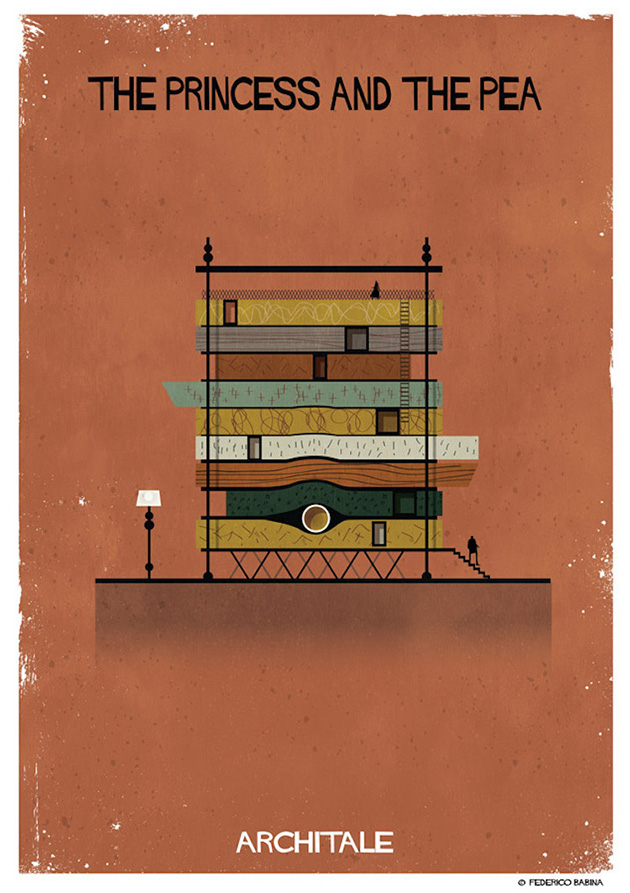 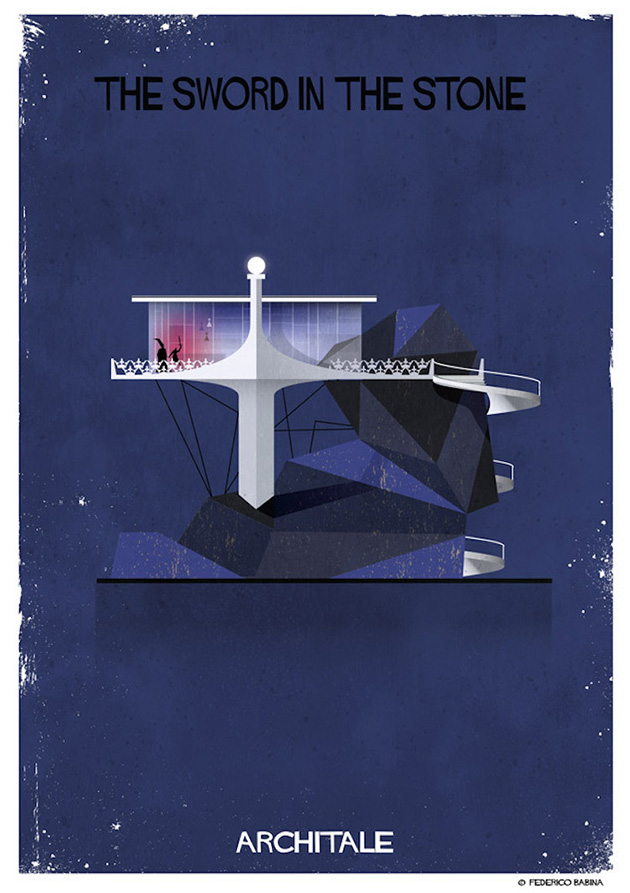 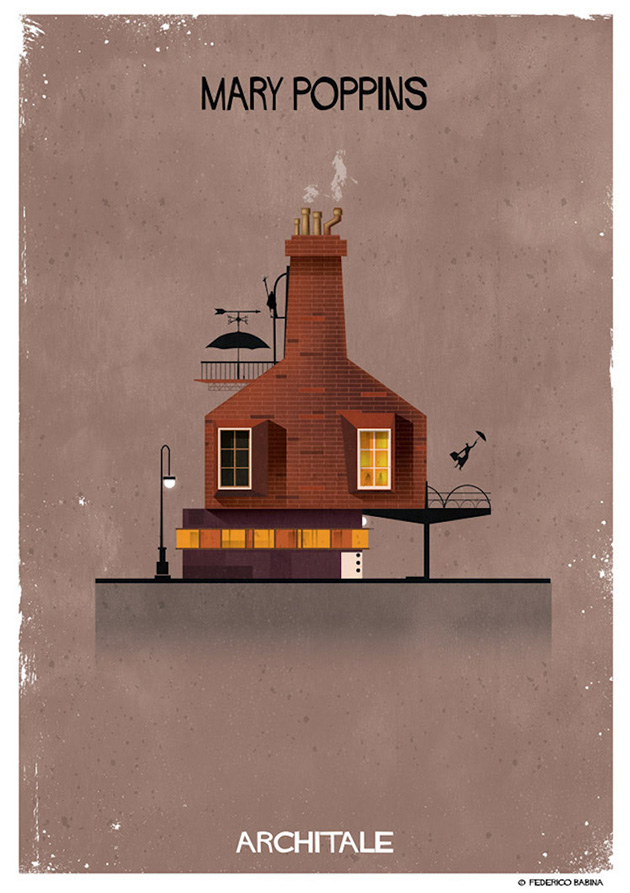 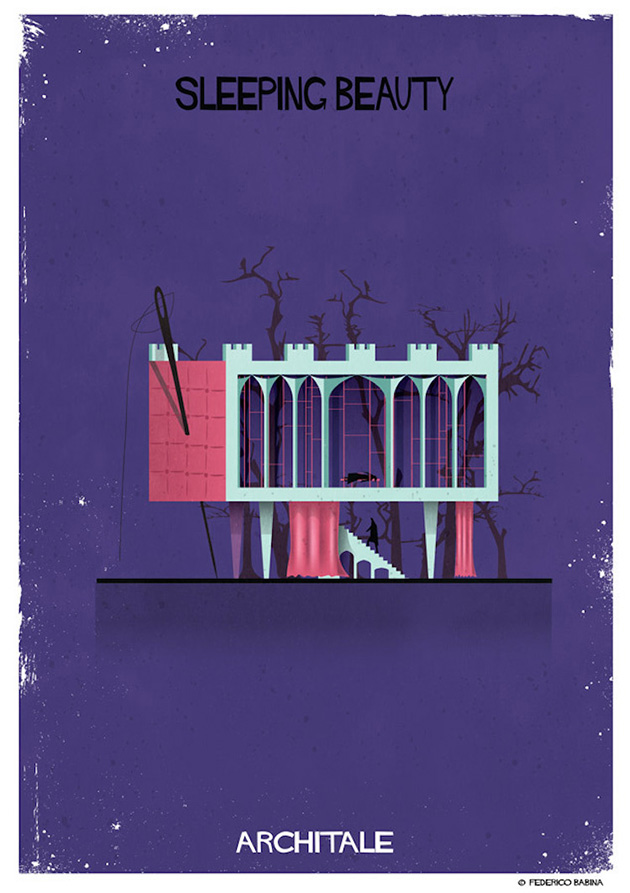