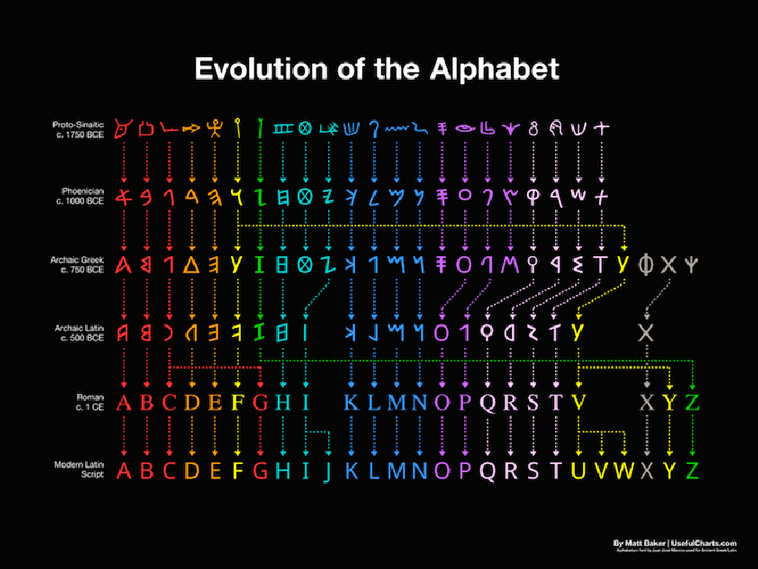 The evolution of the Latin alphabet chart shows the alphabet’s journey from c. 1750 BCE to the present. Our letters have a so interesting history. For example, the letter ‘E’ had today’s shape after a long journey from a shape that looks like a fish, when were Proto-Sinaic (c.1750 BCE) period. It was shaped in a form that is similar to today’s shape in Phoenician (c. 1000 BCE) period. In addition to that, it is interesting to see the letters ‘X, Y, Z’ take part in the alphabet in a period when is not much before today.