It’s easy to make an assumption about what a foreign country is great at. Whether it’s German’s being the best beer-drinkers or Italians making the best pizza, our preconceptions of each country in the world will often lead us to assume they are good at one thing or another.

You may be surprise about what each country in the world is actually good at mind you!

Fact-finding Information is Beautiful has recently unveiled a world map that reveals what each country in the world is actually the best at – some will deficiently come as a surprise! 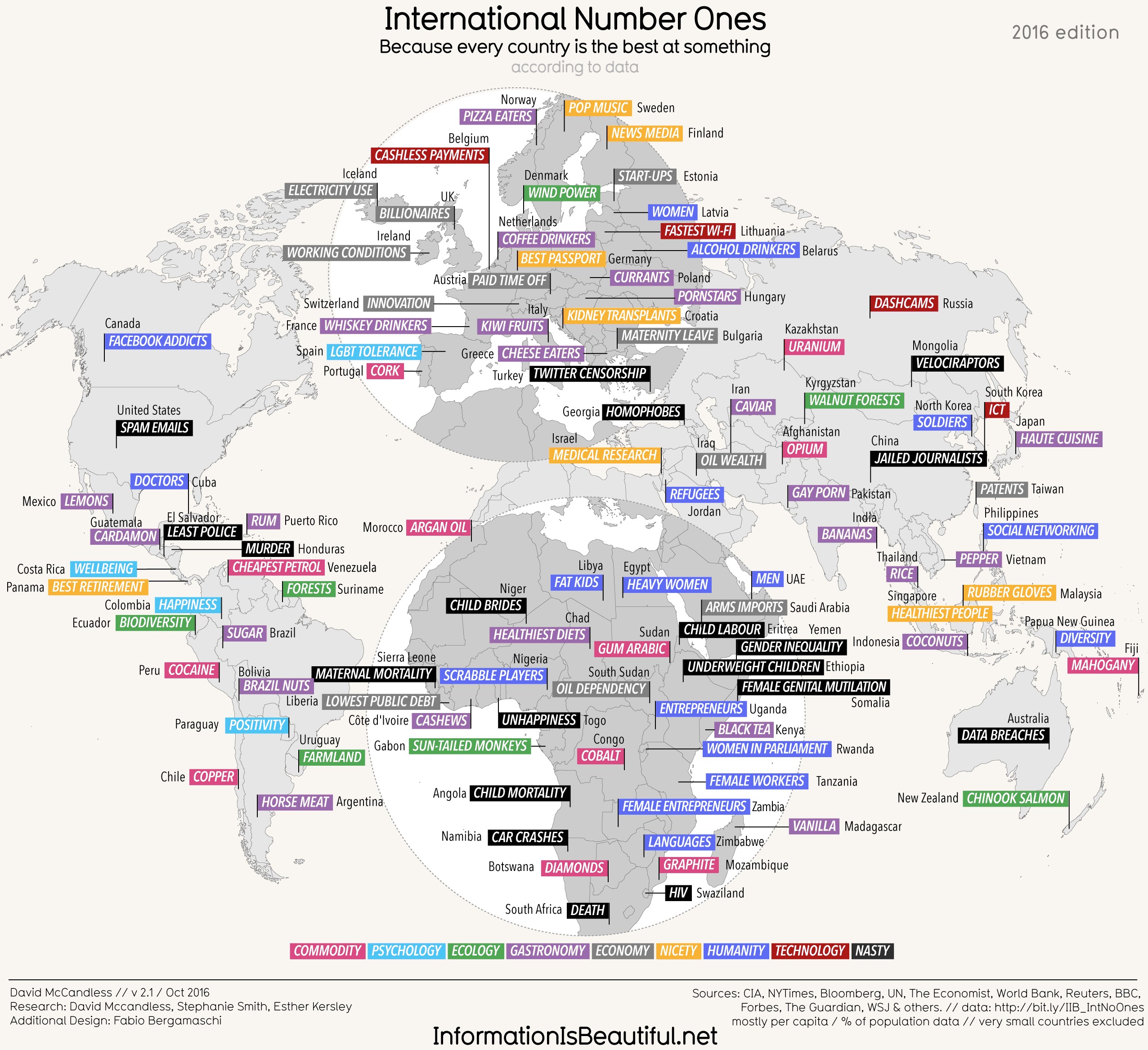 The map is created used real-world data collected from a variety of sources, including the likes of BBC and the CIA, collecting everything together in the very handy “Because every country is good at something” infographic.

Some results make perfect sense, while others are completely surprising, and others just outright hilarious.

The first-ever International Number Ones infographic was crated back in 2010, and there have been some notable changes in that time. For example, the UK is no longer the number one for ‘CCTV’, instead owning the rather impressive result of being the top ‘billionaires’.