Photographer Kilian Schönberger captured earth pyramids in Tyrol, Italy. They are one of the strangest elements of the Alps. Schönberger captures so-called “earth pyramids” in a hazy dawn light, strange creations that appear like stalagmites freed from their underground caves in his series ‘otherworld’. They look otherworldly in fog with a kind of gloomy appearance. 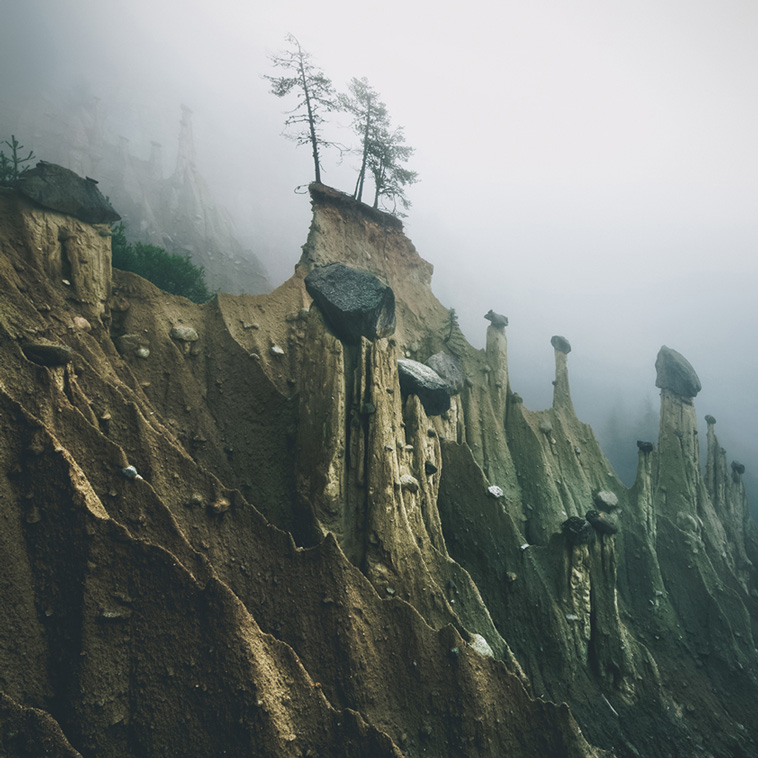 Schönberger says ‘One of the strangest landscape elements of the Alps are the so-called earth pyramids of South Tyrol. Especially during foggy conditions these pillars appear like from another world. I spent several hours on-location to capture the change of colors and light from dawn till noon.

These strange so-called earth pyramids were shaped by erosion. They remind a bit of hoodos in the SW of the U.S., but their origin is a bit different. Normally the pillars consist of deposited clay with a boulder on top. They “rise” in moraine clay soil left behind by the glaciers of the last Ice Age. The soil is prone for erosion during heavy pour – though it’s hard like stone when dry. Boulders within the glacial soil are like a shield to the soil below them. The surrounding material is swept away by rain but the stone-protected parts stay more or less dry and pillars start to “rise” from the ground. Once the earth pyramid is too fragile to carry the boulder even longer, the balance is lost and the stone tumbles down. Without this protection the rest of the earth pillar vanishes quite fast with the next rainfalls.‘

Especially during foggy conditions these pillars appear like from another world 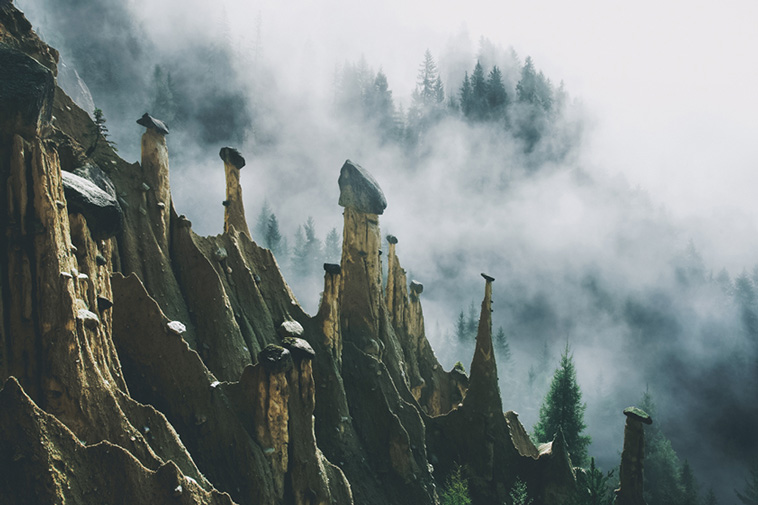 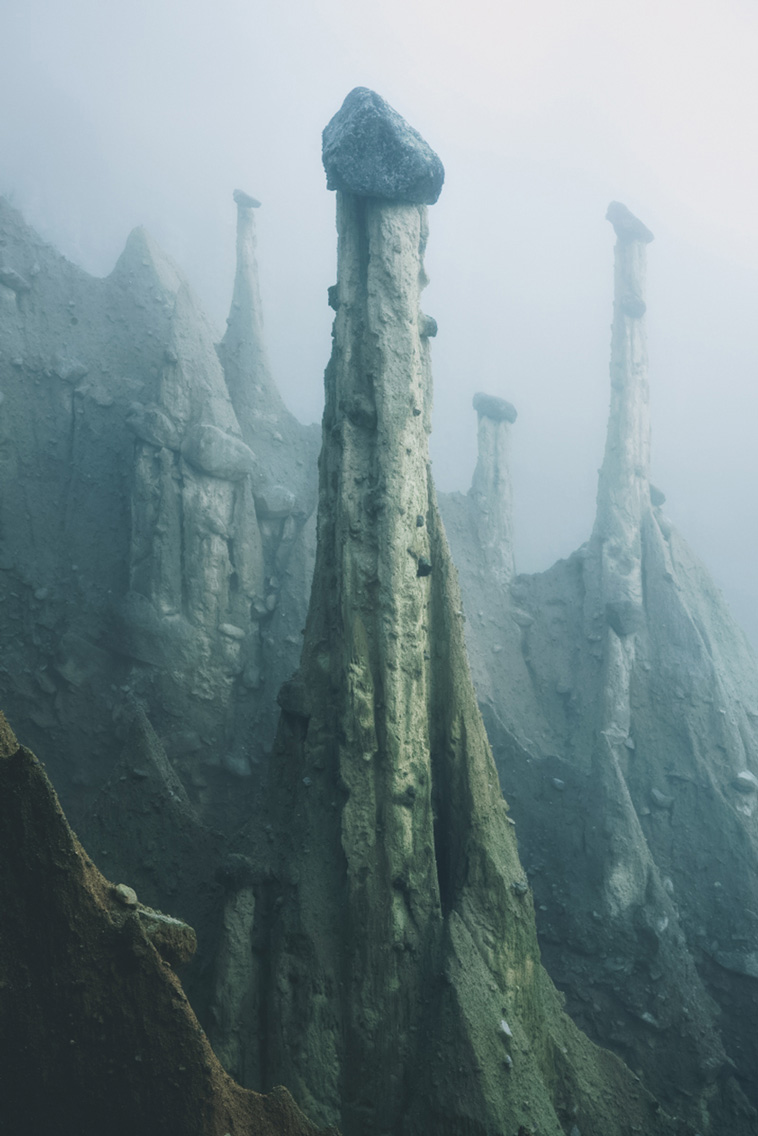 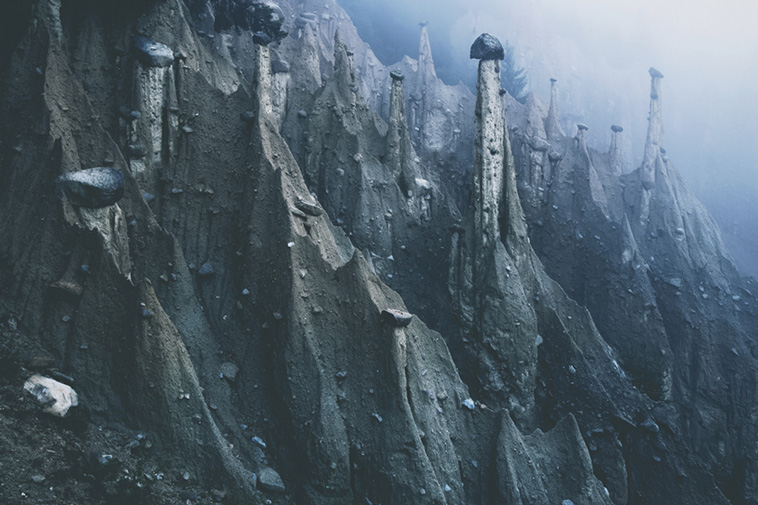 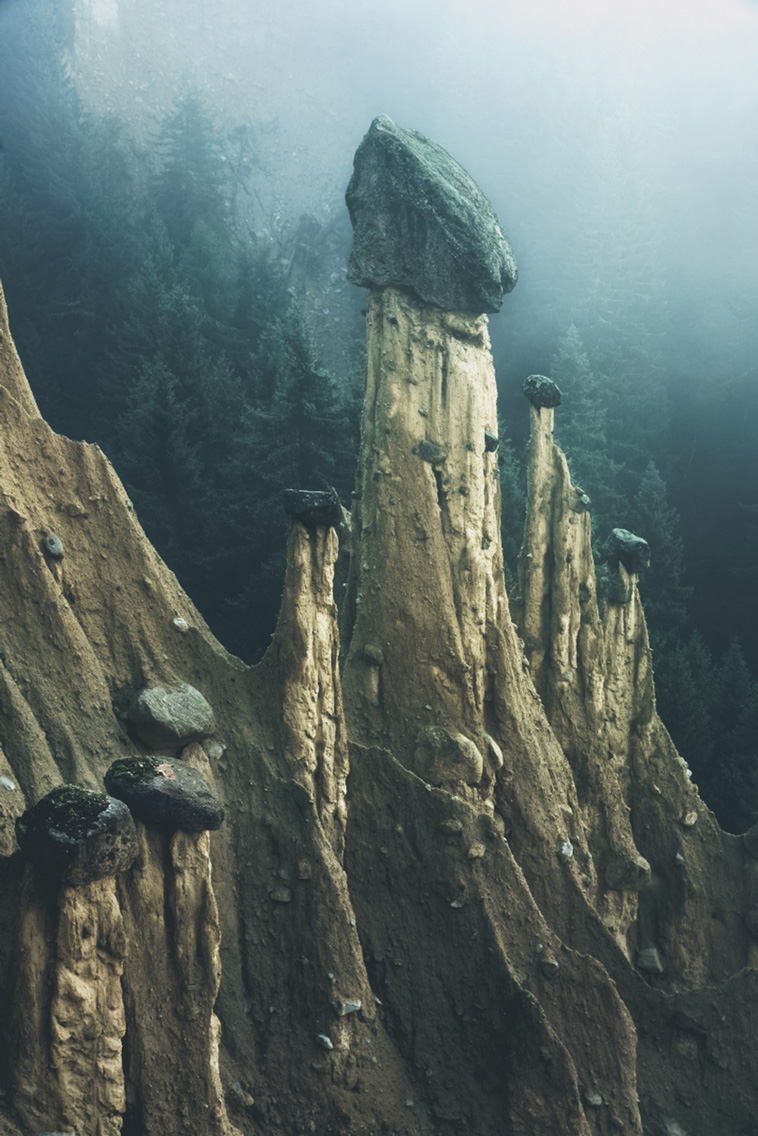 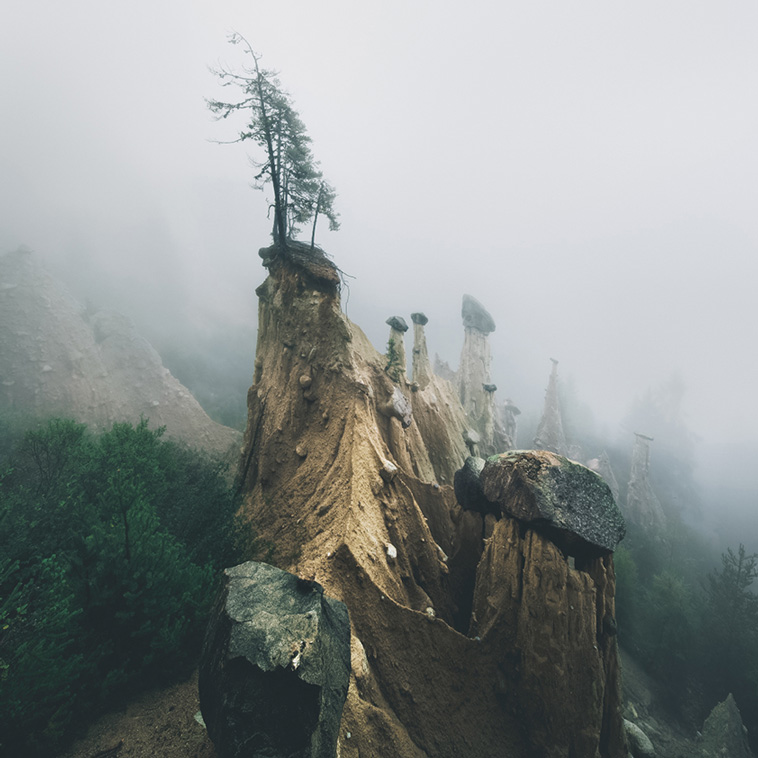 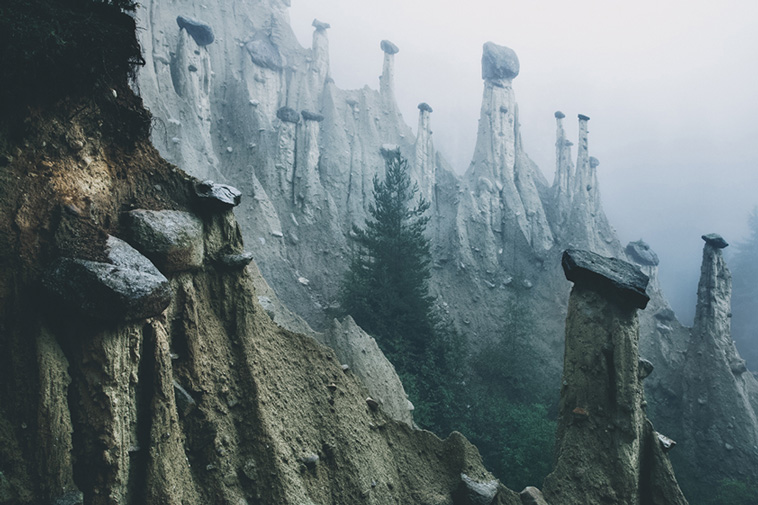