There are some highly common American proverbs that find their usage even today. Although some are amusing, there are some that are intricate and deep. You would be surprised to know that it has been in place for the past 450 years and the painting has just proved it. It is not only in a single language and you will be able to notice that the painting has proverbs in multiple languages spanning across different cultures and centuries.

A master of Dutch origin, Pieter Bruegel the Elder has come up with this incredible painting that comprises multiple Netherlandish Proverbs, which are commonly known as Dutch proverbs. It is an oil on wood painting and comprises more than 100 proverbs in Dutch. The proverbs are similar to American proverbs and when you take a closer look, you will realize the hidden meaning. 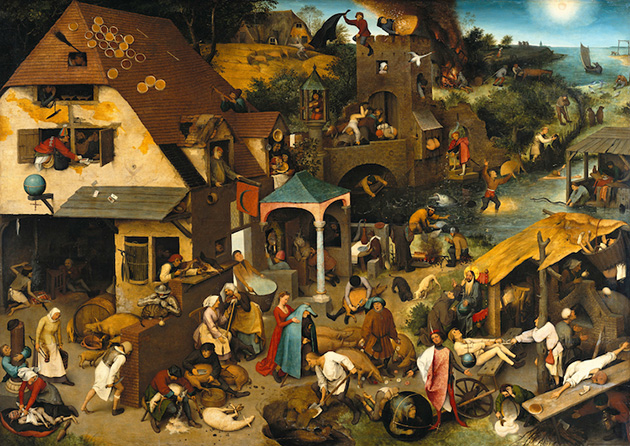 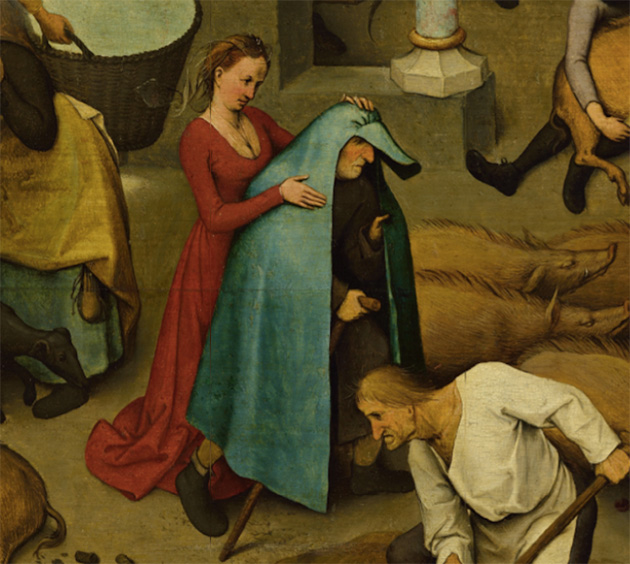 In the above photo, you can see that the woman is wearing red, which is also known as the color of sin. Blue depicts cheating and when you see the painting, it is evident that the woman is not only handling a coat but also cheating on the husband.

To bang one’s head against a brick wall. 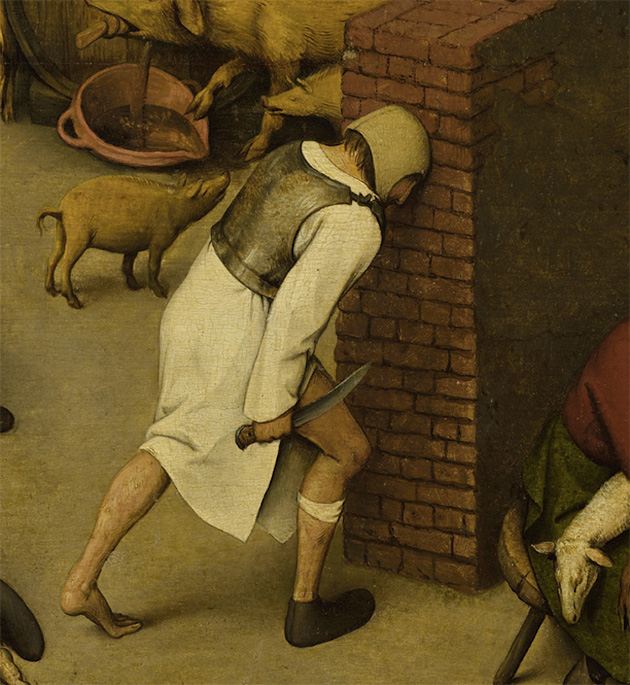 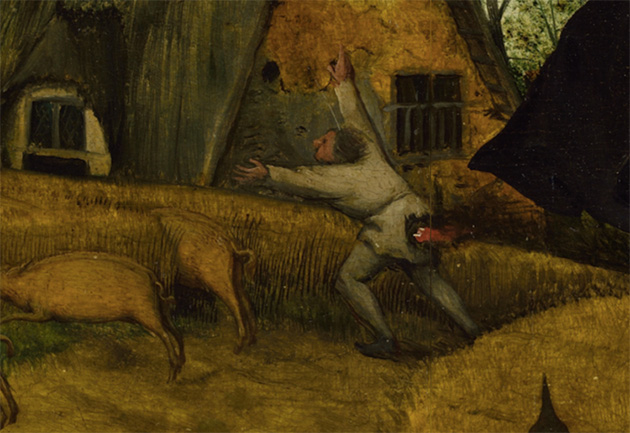 You can go see the original n Gemäldegalerie in Berlin and even on Google Arts & Culture, you will be able to learn more about all the proverbs that are present in the painting. Scroll down to take a look at it and you will truly appreciate it.

One shears sheep, the other shears pigs. (One has all the advantages, the other has none.) 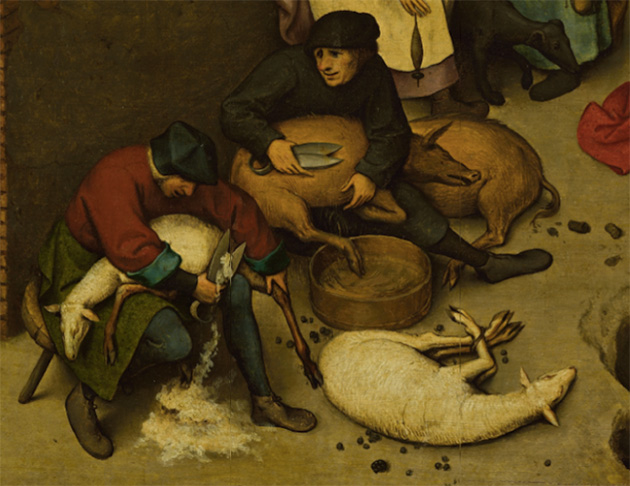 It depends on the fall of the cards. (Let the chips falls where they may.) 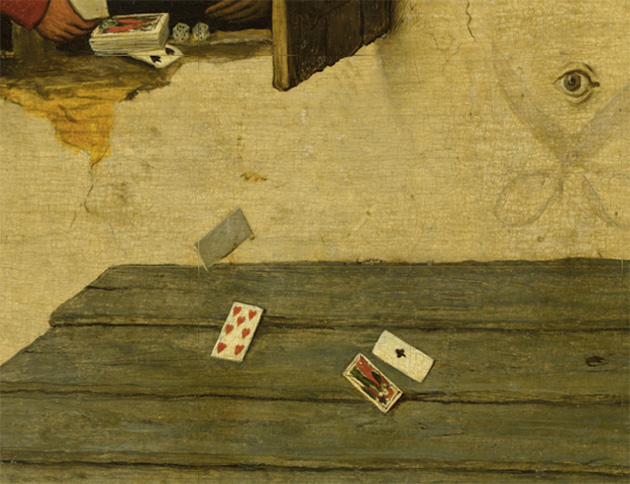 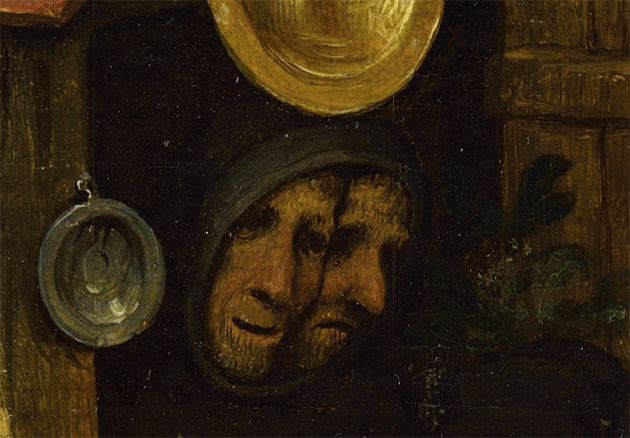 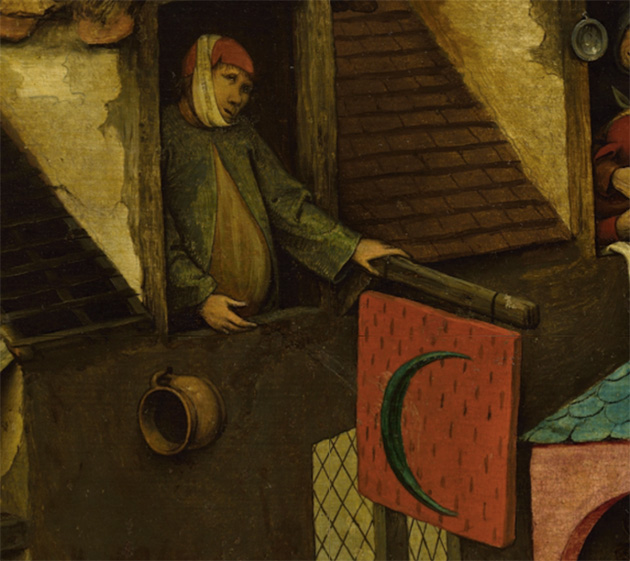 They both crap through the same hole. (Bosom buddies.) 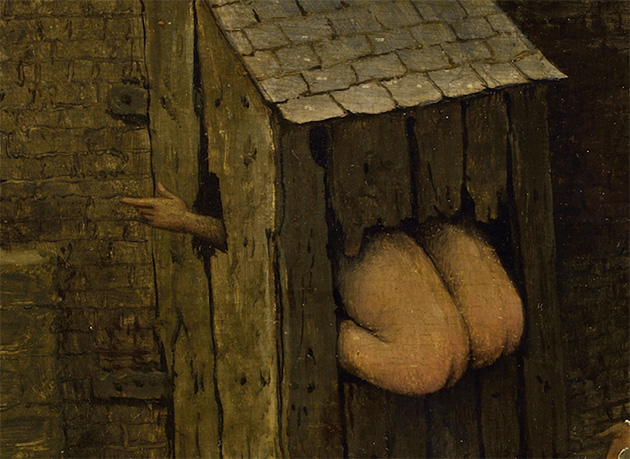 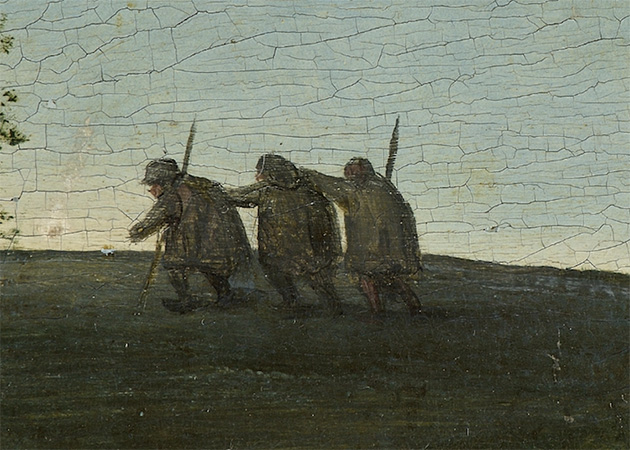 It is ill to swim against the current. (An uphill battle.) 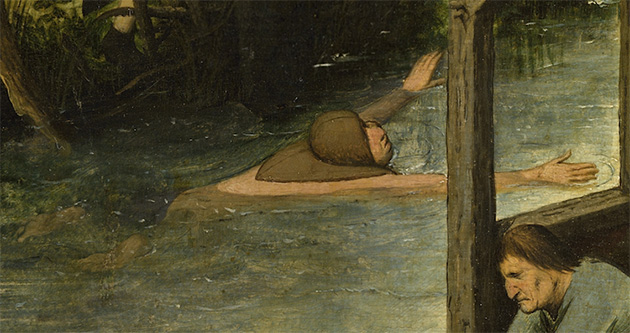