A victim of domestic abuse is in a difficult position. Not only do they have to give up their life and get away from their spouse, but they often have to share their heartbreaking story with others. This is what one woman decided to do through the photo sharing website called Imgur.

Her screen name on the website is “krissykross” and what she did was, she shared screenshot images of various text messages that her ex-husband “Adam” sent to her. These messages reveal how emotionally, sexually, and physical abusive he was toward her. The woman thought it would be better to share this pain with people on the internet rather than to keep it all bottled up inside herself. As a result, her screenshot posts have been viewed more than 600,000 times and with mostly empathetic comments from people who viewed them. Fortunately, this woman was able to escape her abusive partner and she is now living a much happier life.

However, it is estimated that a minimum of 3 women are murdered each day by their spouses or boyfriends in the United States. This comes out to over 1,000 women killed per year.

One brave woman decided to share the story of her abusive husband, showing some texts he had sent: 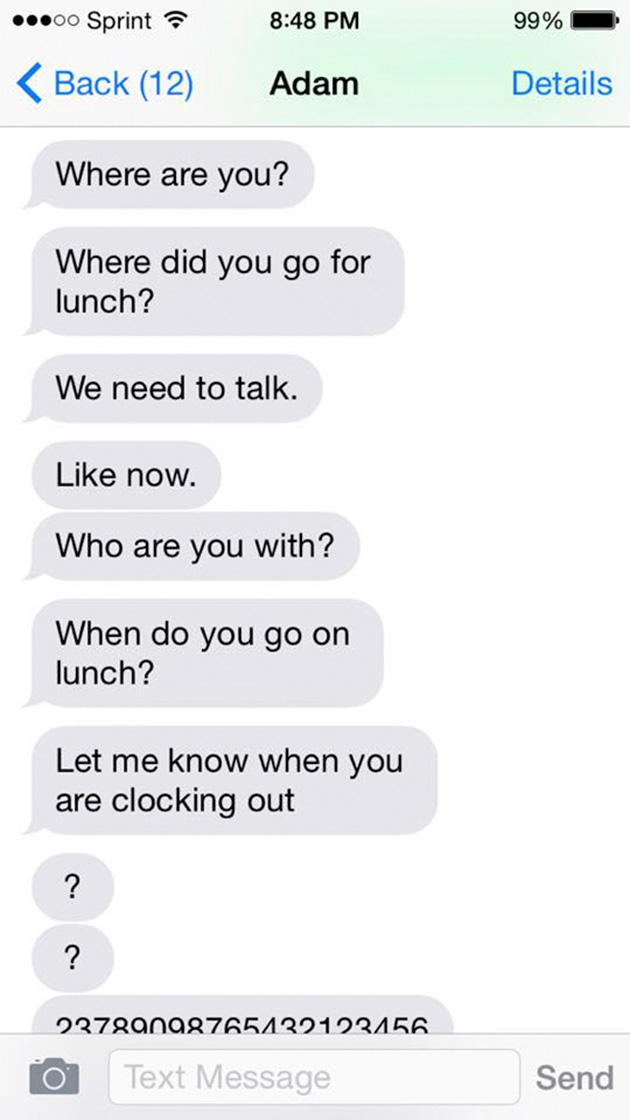 “This is a good example of strings of texts I would get at work while on shift (I am not allowed my phone on the clock.)” 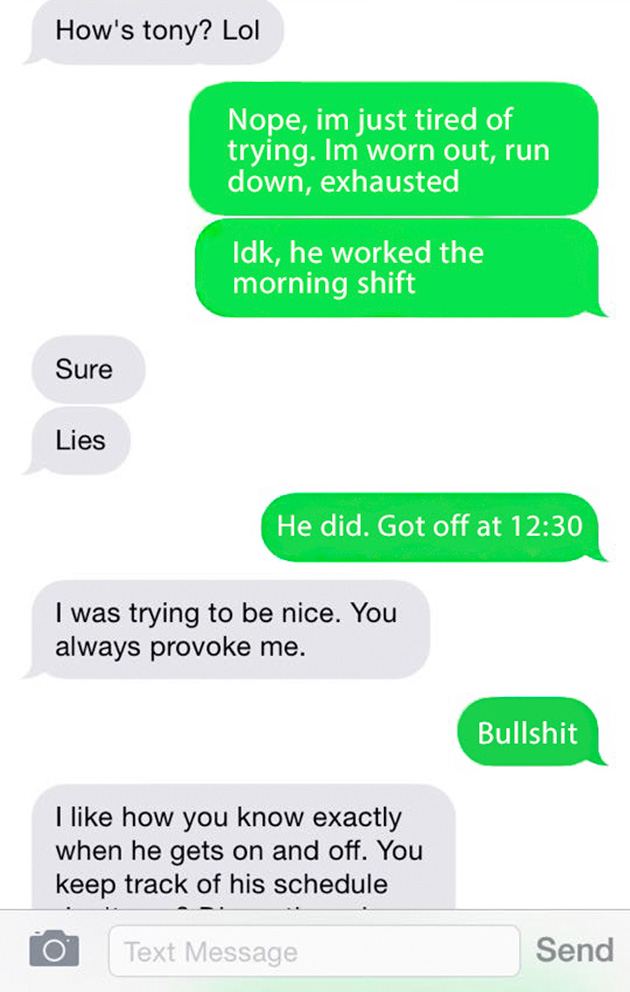 “Tony was a coworker. I knew when he clocked off because it was when I was clocking on. Fella helped me change my tire one time and I was suddenly banging him (apparently.)” 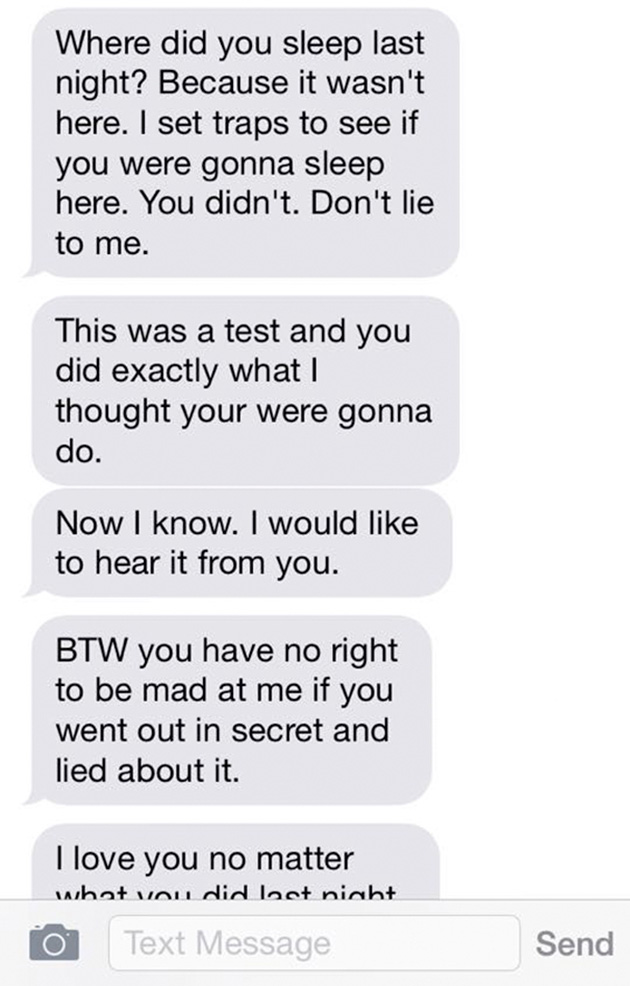 “I stayed the night with a female friend from work. He knew because he “set traps” for me” 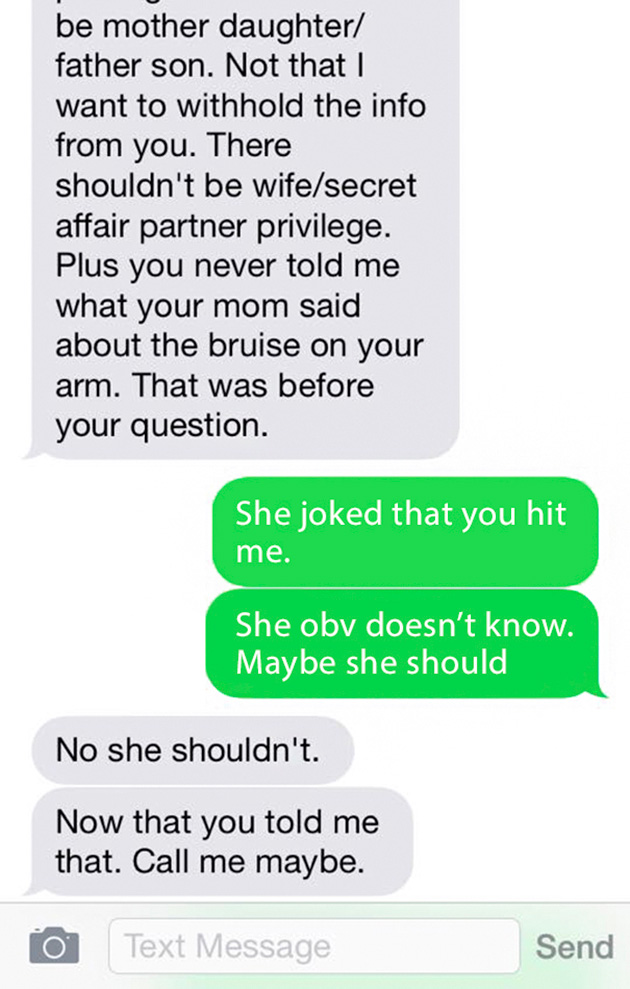 “I visit my mother one every couple years. I had a huge bruise on my arm from where my husband had bit me, leaving visible teeth marks. The bruise was so bad it hung around for almost a month. Long enough for a visit to my mothers and to still be photographed by NCIS when I finally turned him several weeks later.” 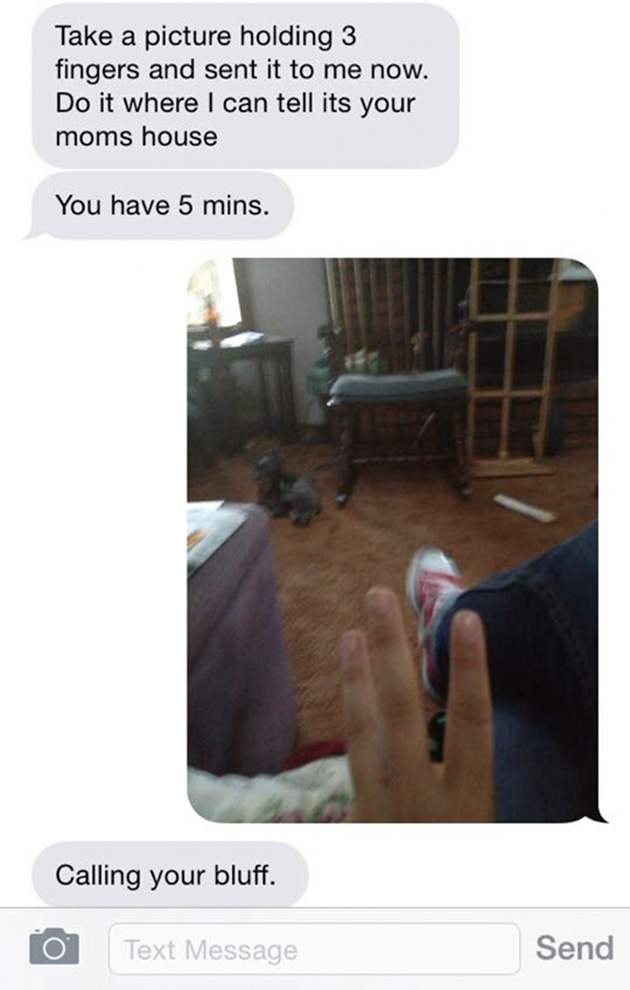 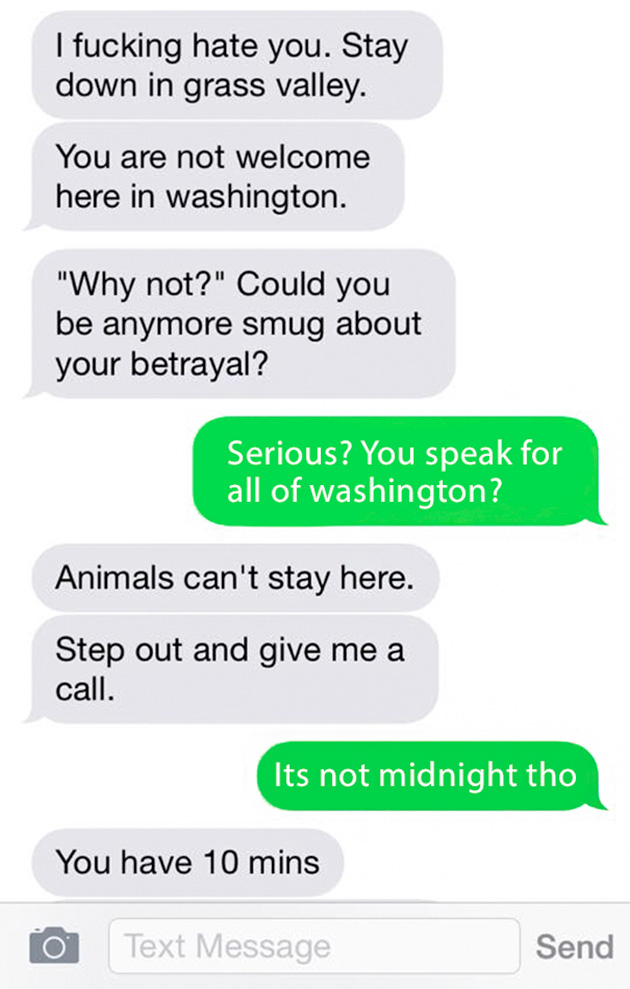 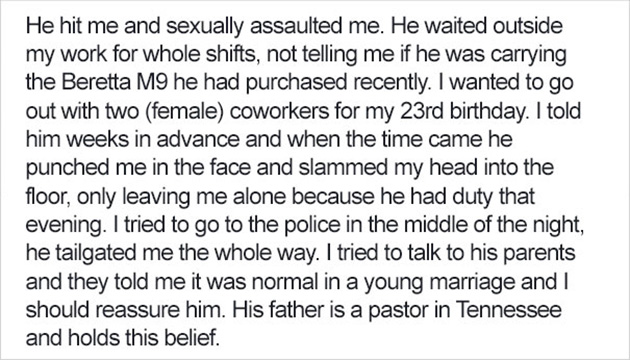 If you or someone you love needs help, don’t be afraid. Call the National Domestic Violence Hotline at 1-800-799-7233