Libraries are trying ever harder to be modern and have unique designs. Take for example the Seattle Public Library where almost every exterior surface is a window and it has a curving shape instead of a flat side. That library has nothing on the Conarte Library in Monterey though. The Conarte Library is a work of art in itself, the dome-shaped bookshelves line the walls of part of the library. 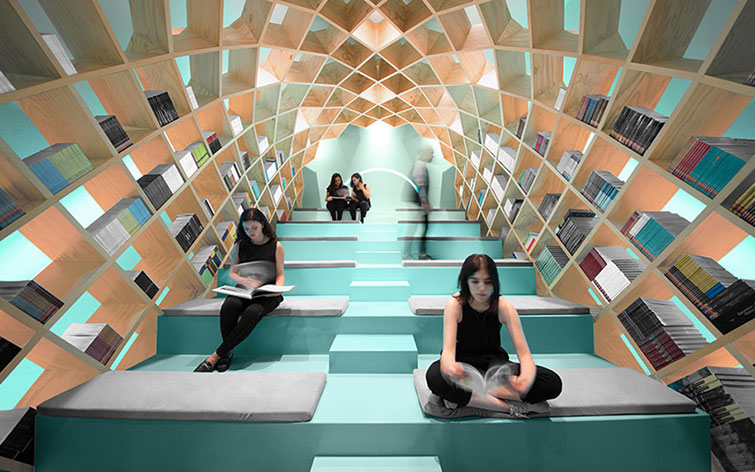 The books are stacked in little cubbies that are smaller than a traditional line of books. The wood shelves surprisingly match the light blue walls and floors really well. The stairs up the center of the domed bookshelf are creatively both stairs and seats. 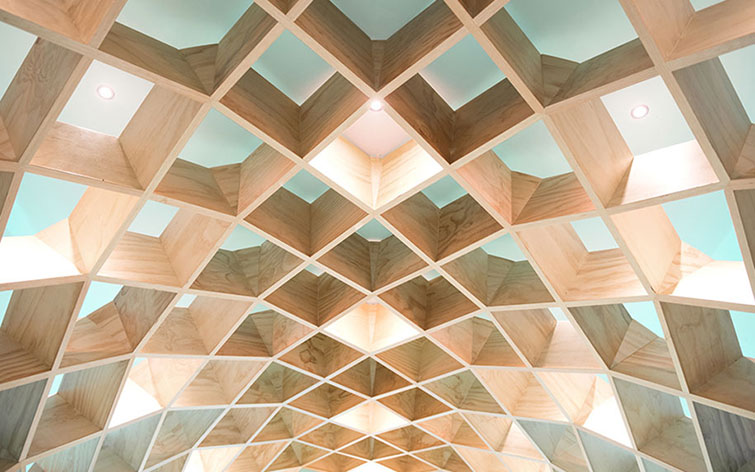 Every few stairs a padded seat sits off to either side of the center allowing patrons to stop and read in the cool domed library. The shelf system was designed by Anagrama Design, a company that is situated in Monterrey and Mexico City. 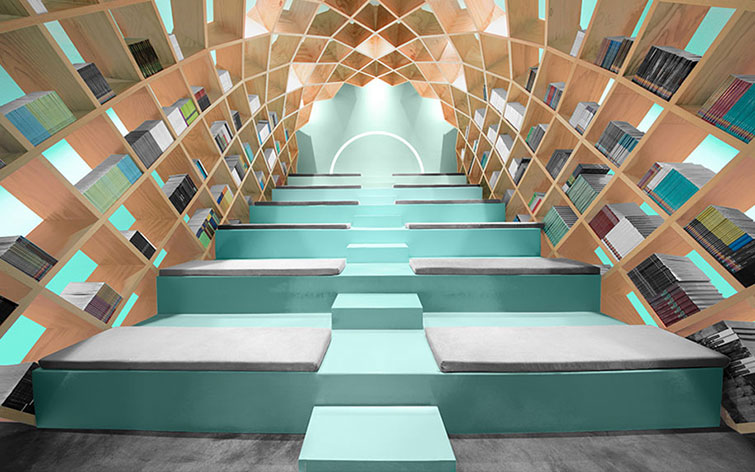 Mike Herrera and Roberto Trevino, the owners of Anagram, wanted to create a bookshelf system that was more than just functional, they wanted to play with people’s senses. 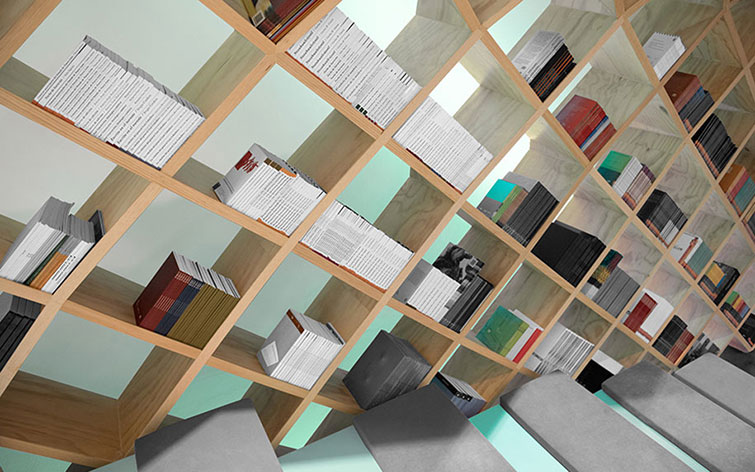 The way the dome continues up the stairs and ends with a dome light in the wall give the illusion that the architecture continues on beyond the sight line. Visitors and patrons alike will enjoy the architecture, just make sure to put books back at the right angle! 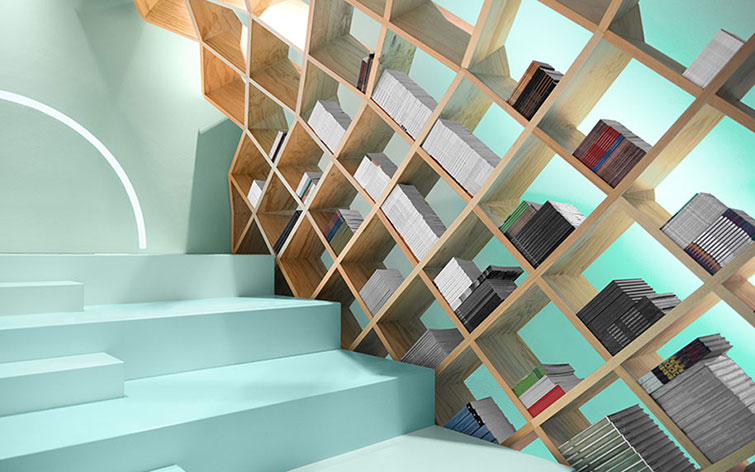 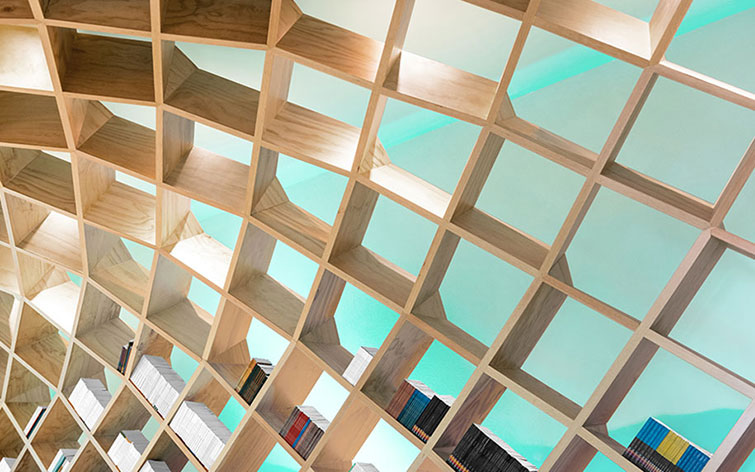 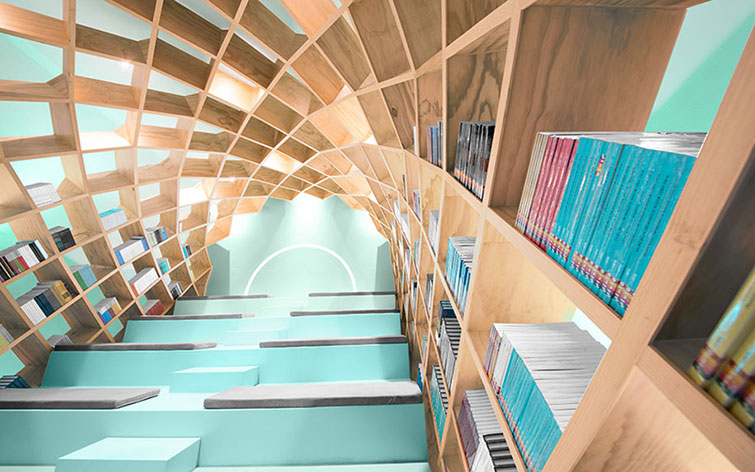