Cynthia Bennett and her boyfriend adopted a dog named Henry back in 2014. They are hikers and when they were planning to get a golden retriever mix, they spotted Henry at an adoption event, when he was just 14 weeks old but five times bigger than the average size. The moment she saw Henry, he curled up in her lap and she had no second thoughts about it then. 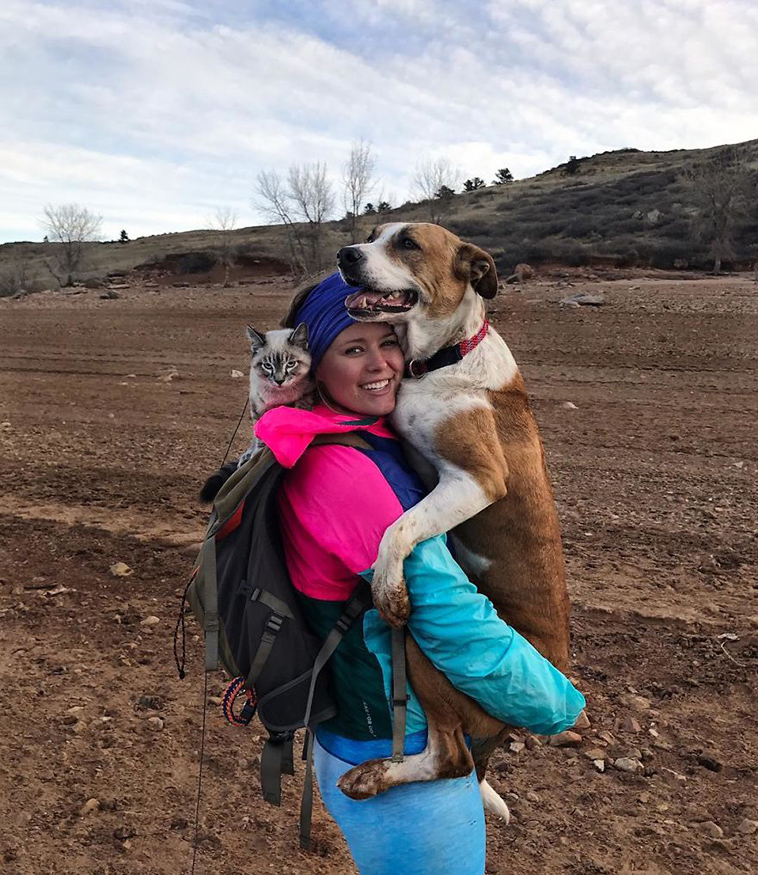 It was only three days into adoption that the couple went on their first hike. There was a steep and tall rock, which did not intimidate Henry and hence, he got the title – the little mountain goat. 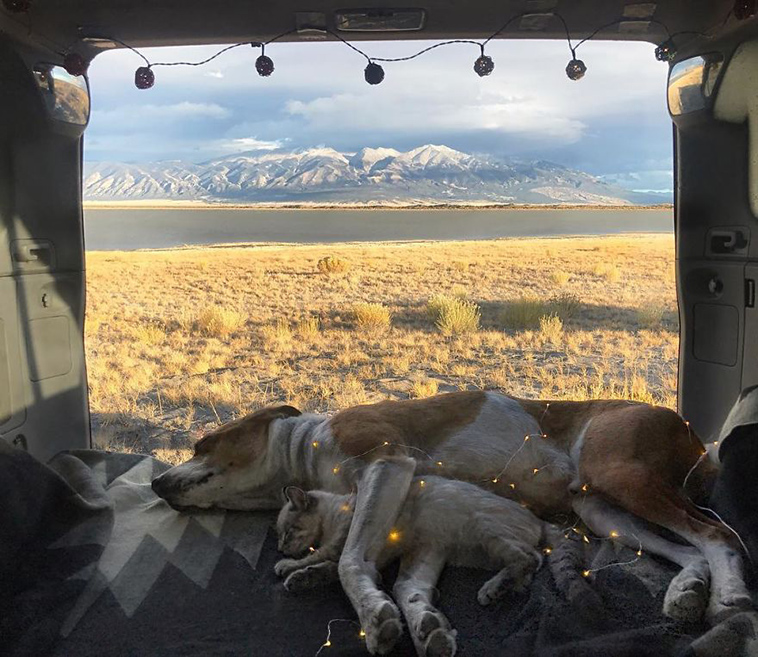 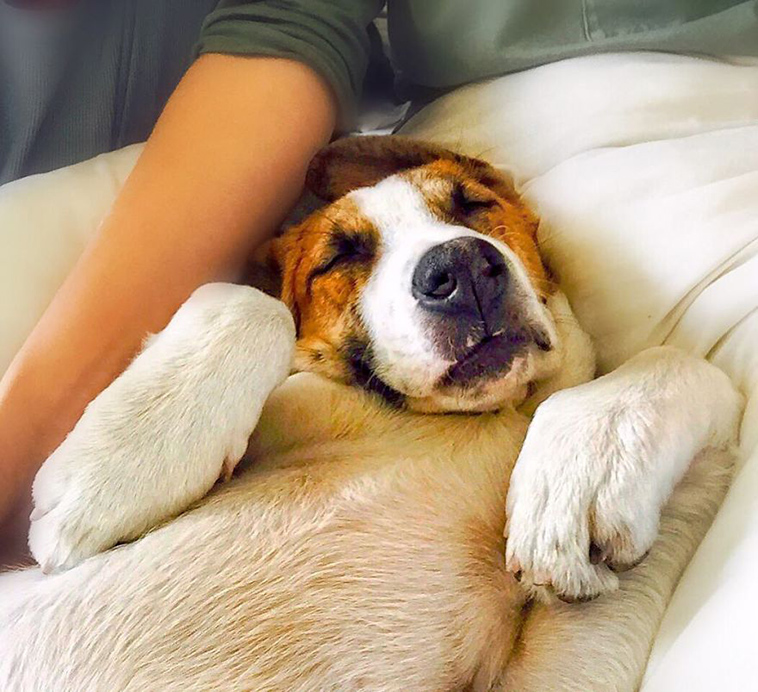 Eventually, the couple decided to have another pet in the family and they decided to rescue a kitten this time. After waiting for five months, they found a Siamese kitten mix named Baloo. Baloo and Henry gelled instantly and they started playing together. They went on their first trip together with the hikers and now, they are all happy when they travel. Scroll down to have a look at some of their best photos. 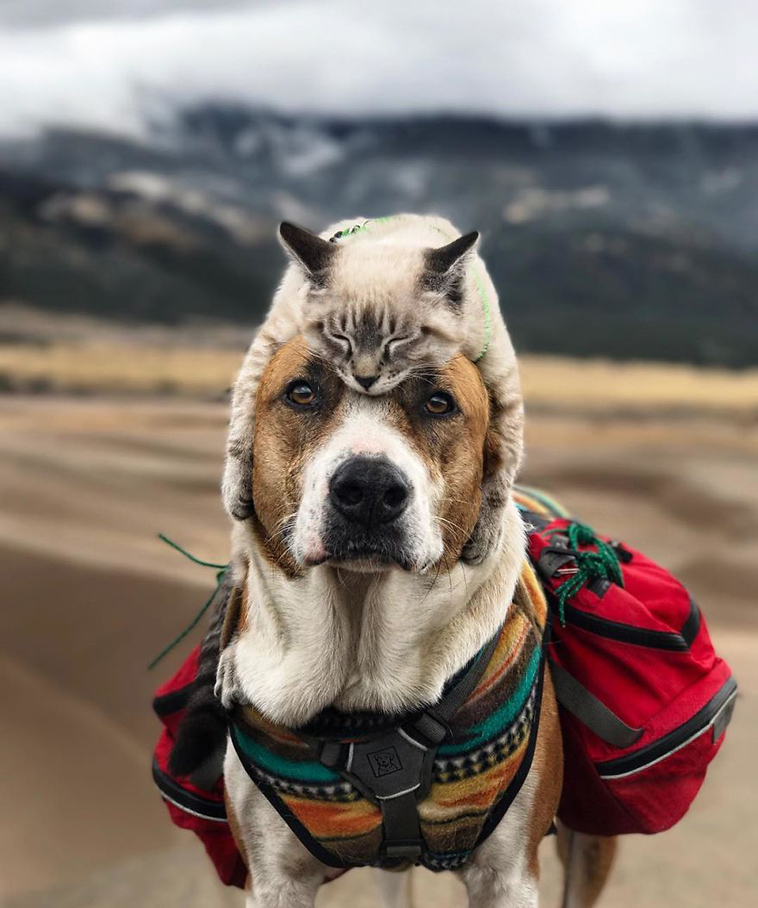 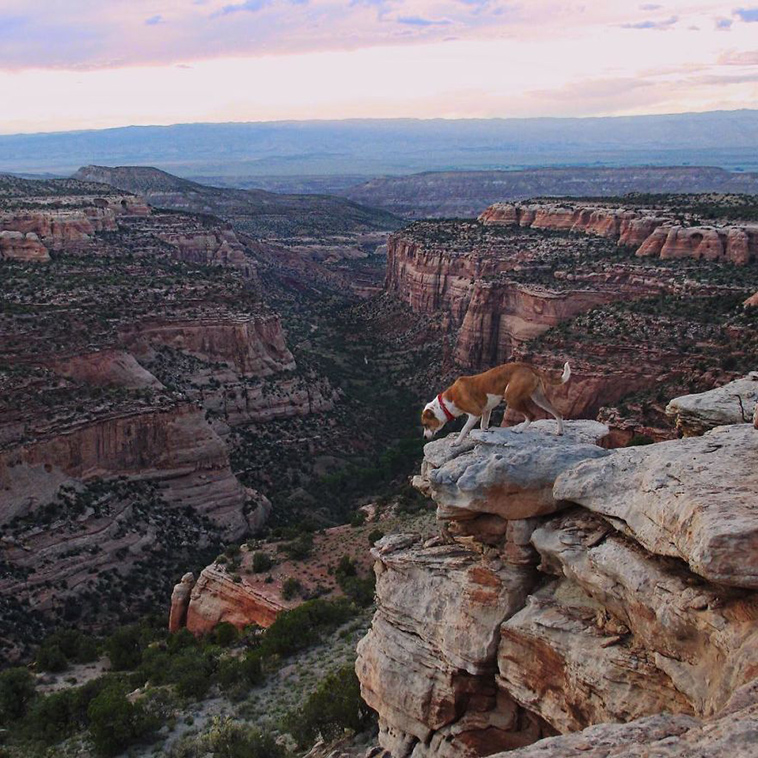 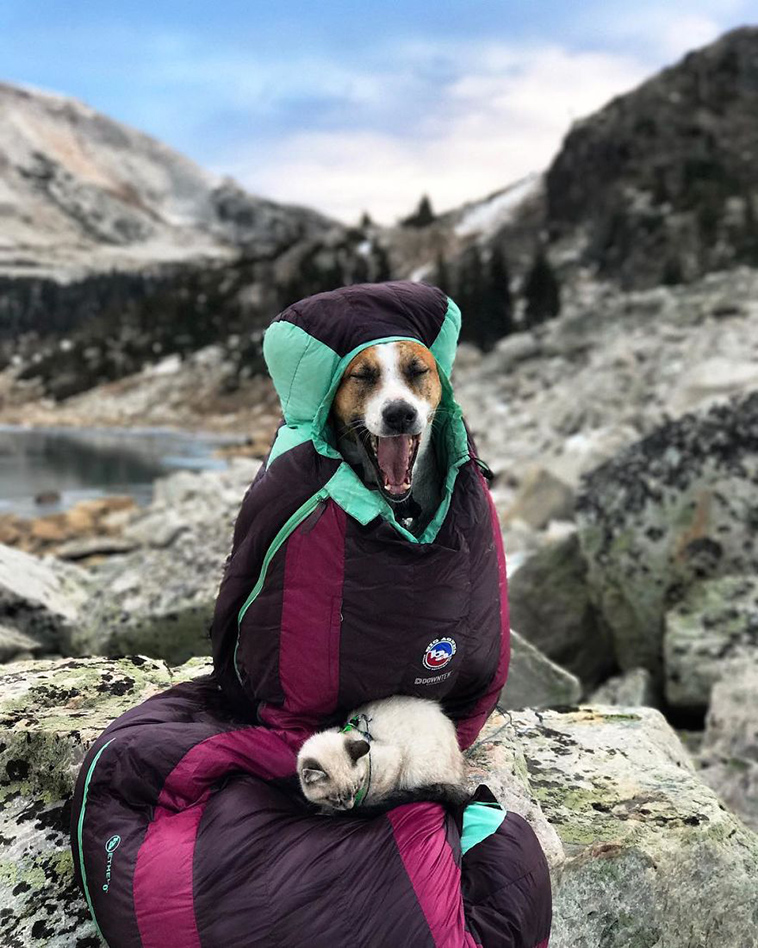 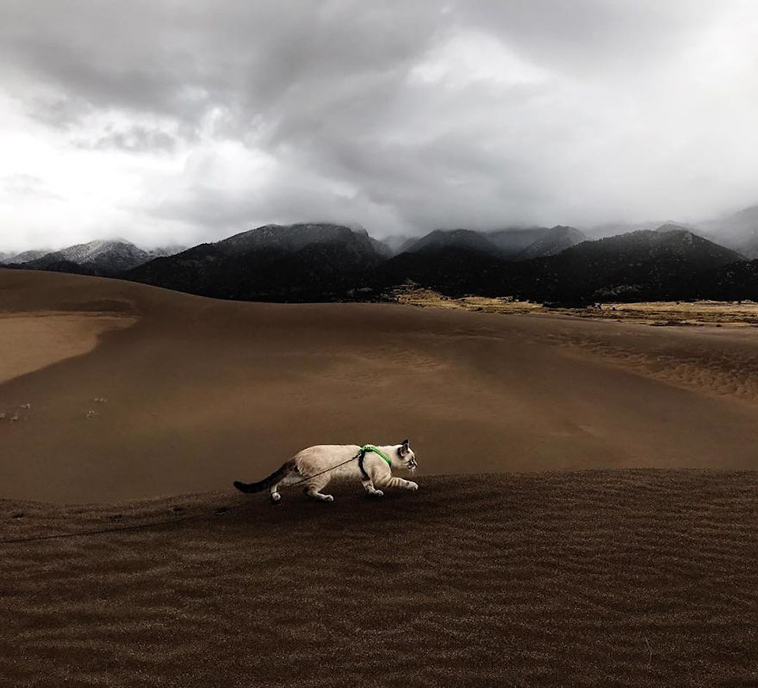 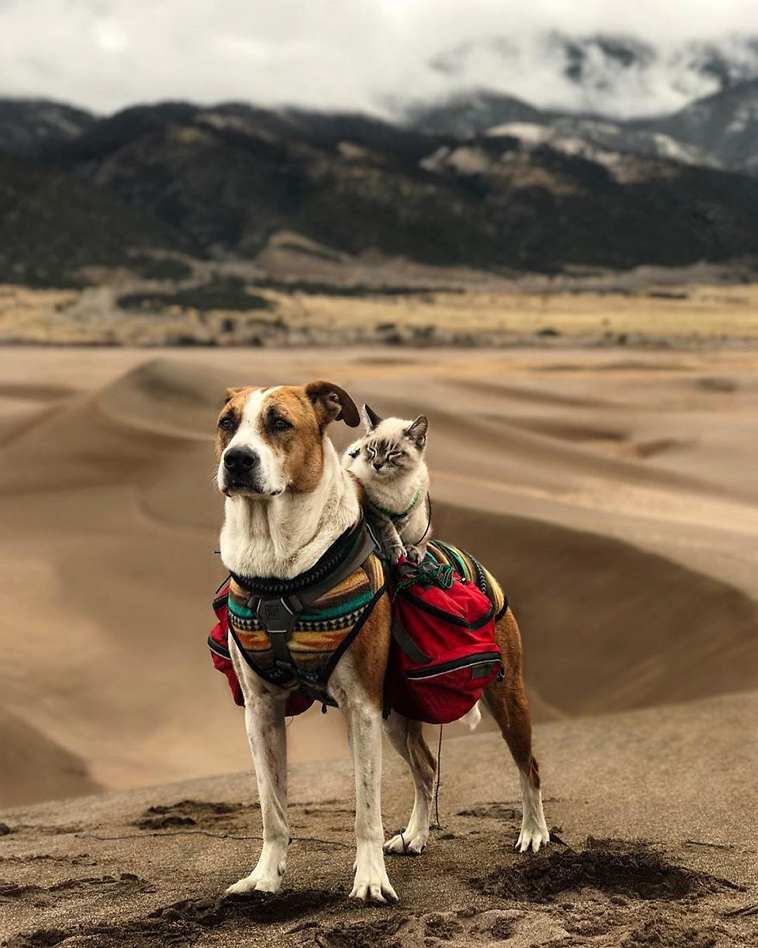