Usually, people do not value pennies and would not even bother to pick it up if they find it somewhere. However, Tonya Tooners had a whole new idea regarding pennies. She started to gather and sort pennies so that it results in an amazing design for her floor. She was able to collect a whopping 13,000 pennies, costing $130 and then, she formed an attractive floor design pattern that had an appearance similar to tiles. 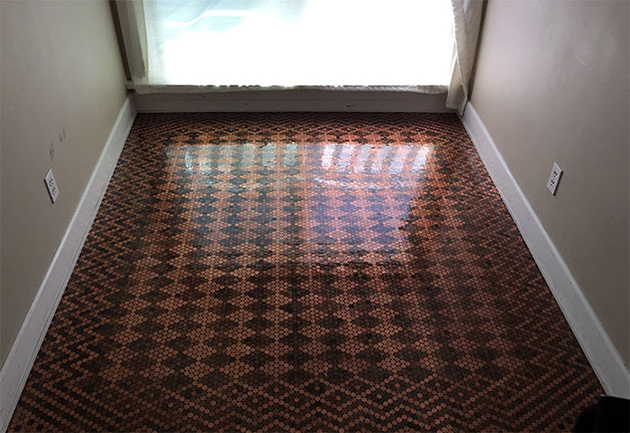 However, it was not at all an easy project and she had to start by measuring the room’s area and determine the center. After that, she drew an axis and started pasting the coins in a diamond pattern; during which she kept changing colors of the pennies by alternating between heads and tails so that it has a great contrast. Also, she created a border using the pennies and apart from the pennies, she had to use 10 bottles of Elmer’s glue, wood filter, epoxy, and grout to achieve this amazing flooring.

The placement of pennies was definitely the toughest part of this. Once this was done, she posted it on Reddit and the users were awestruck and greatly appreciated this DIY. 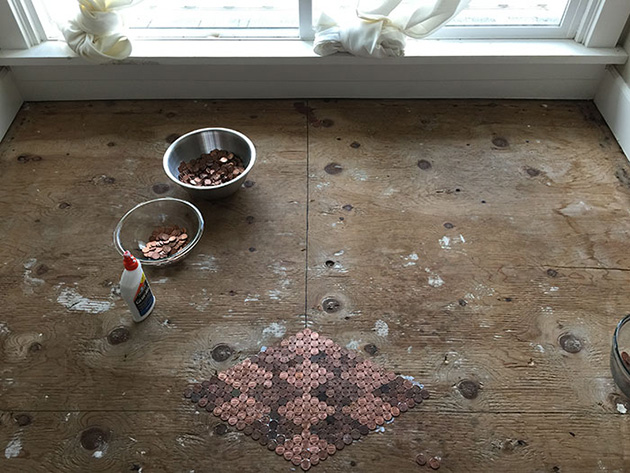 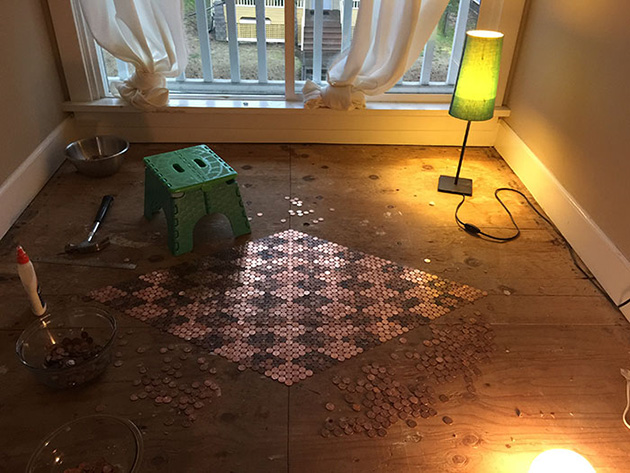 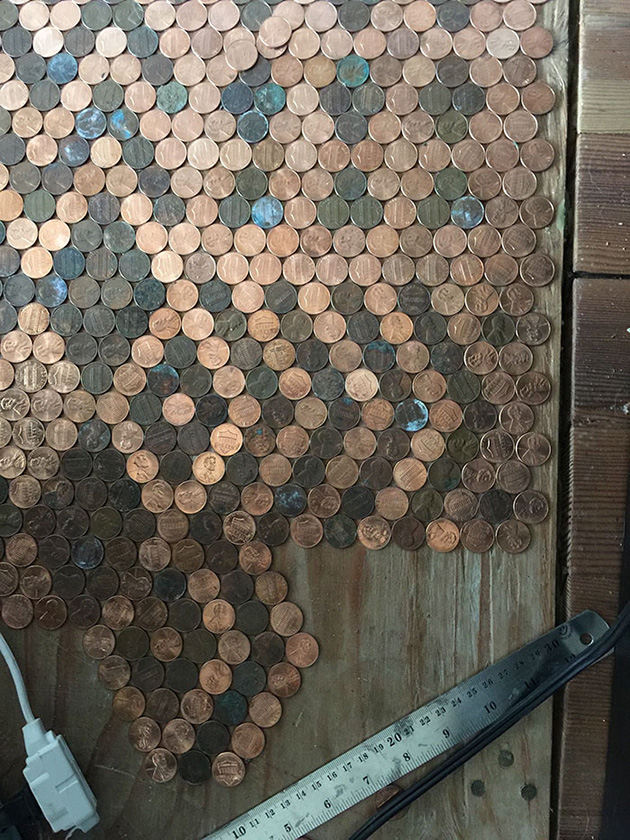 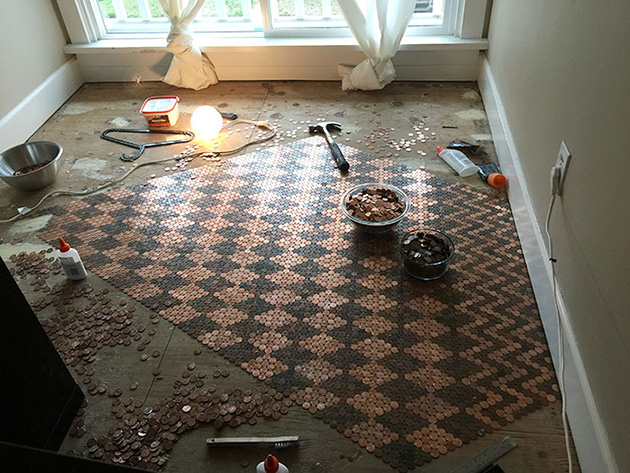 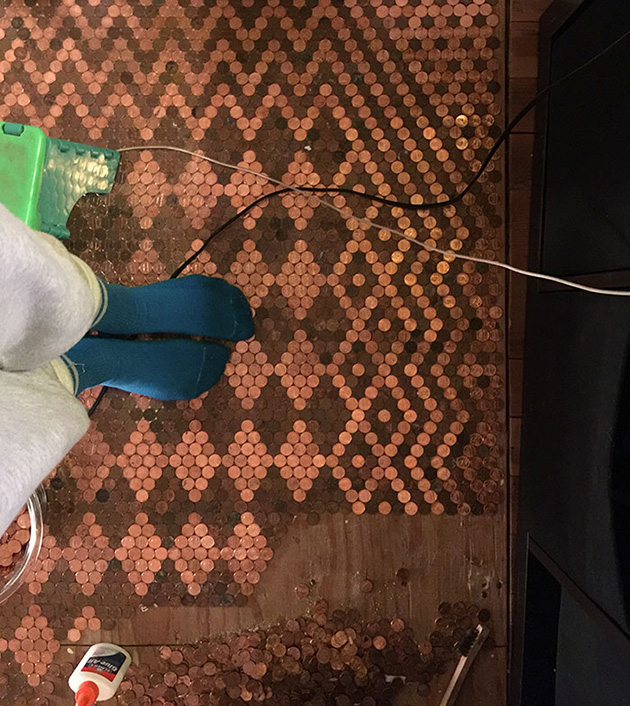 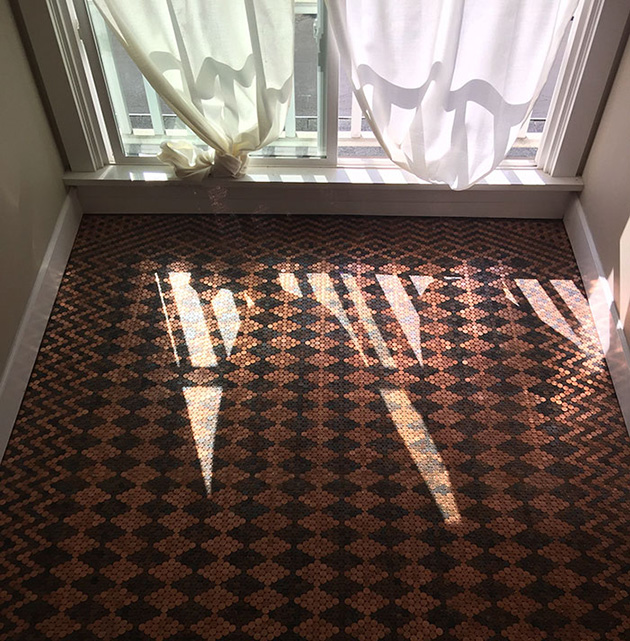 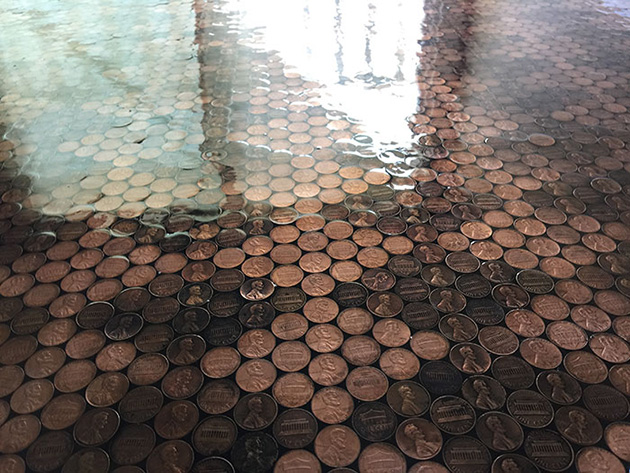 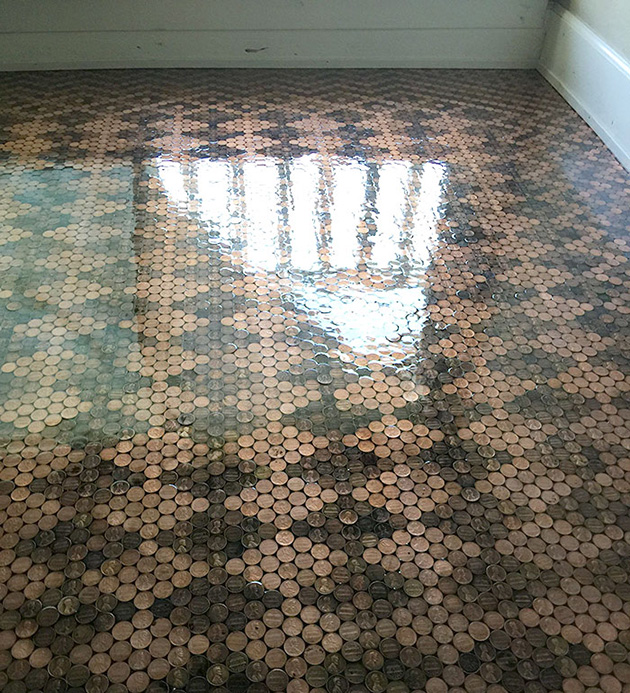