Perched on the slope of a rocky hill in the Californian desert, not far from Joshua Tree National Park, the Desert House by American architect Kendrick Bangs Kellogg is hard to categorize. Desert House has an impressive exterior form. Its form impeccably composed and sophisticatedly embedded within its natural surroundings. It consists of numerous cast-concrete slabs. It seems to cover the interior like the foliage of an otherworldly tree. 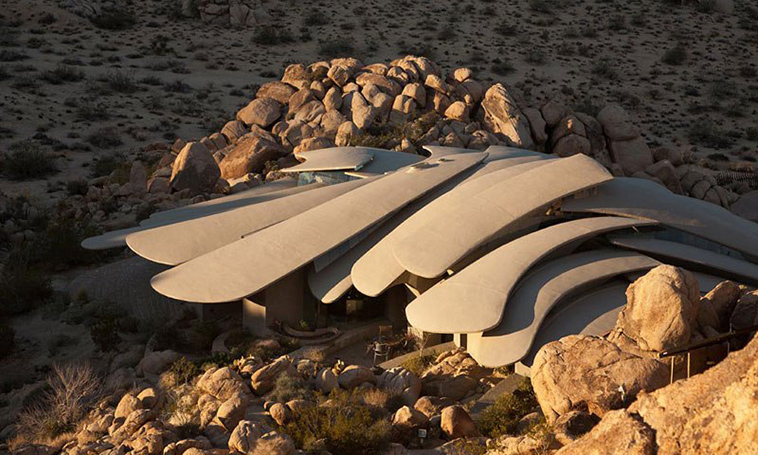 Artist Bev Doolittle and her husband fascinated by Kellogg’s unique aesthetic and gave him a carte blanche for the project. The Desert House is completed in the early 2000s after over a decade in the making.

Born in 1934, Kellogg is one of the pioneers of organic architecture in the USA; his idiosyncratic style shows itself for the most part in private projects, examples being the striking Hoshino Wedding Chapel in Karuizawa, Japan, and the Yen House in La Jolla, California. 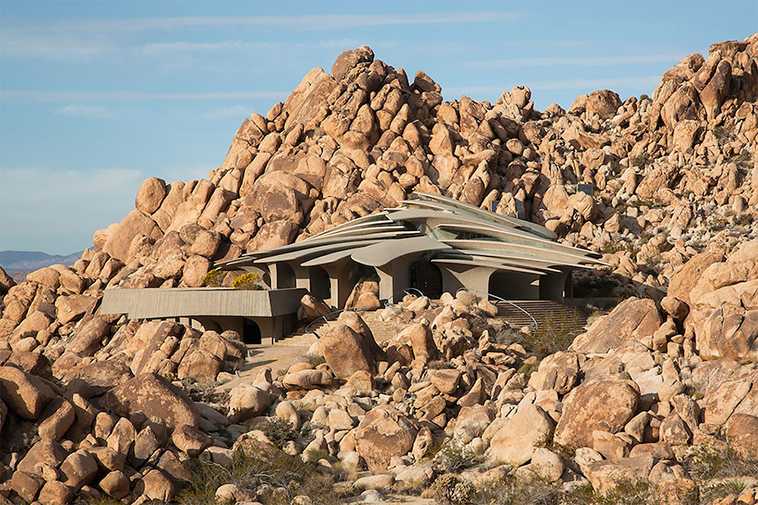 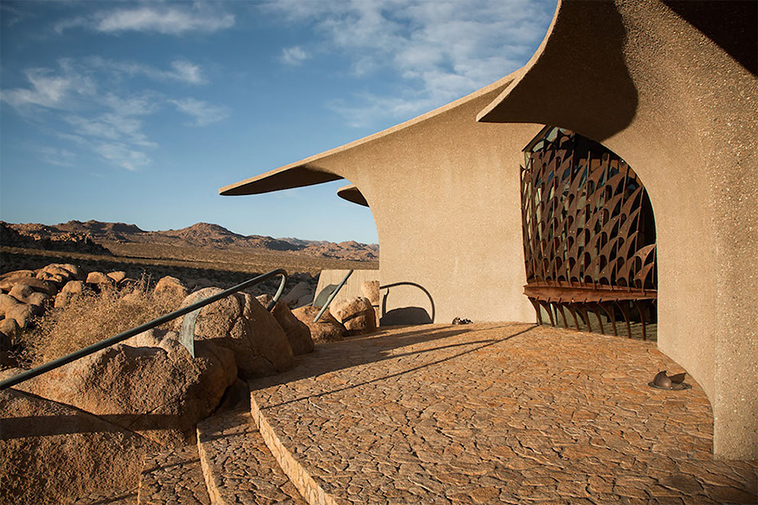 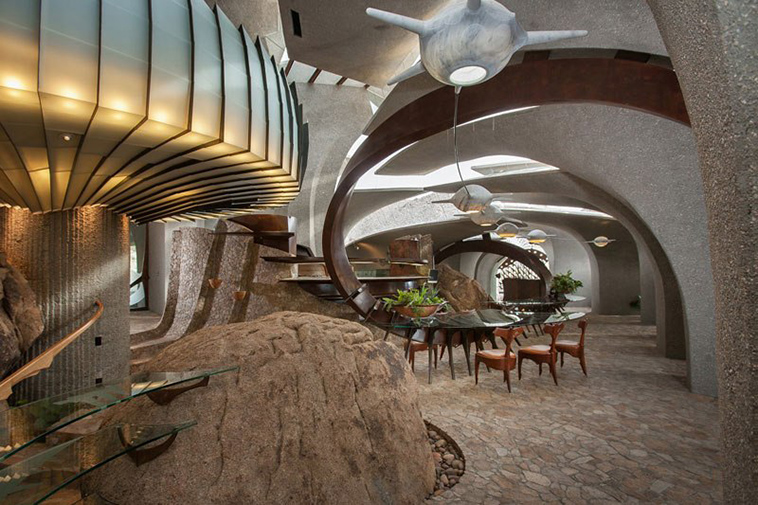 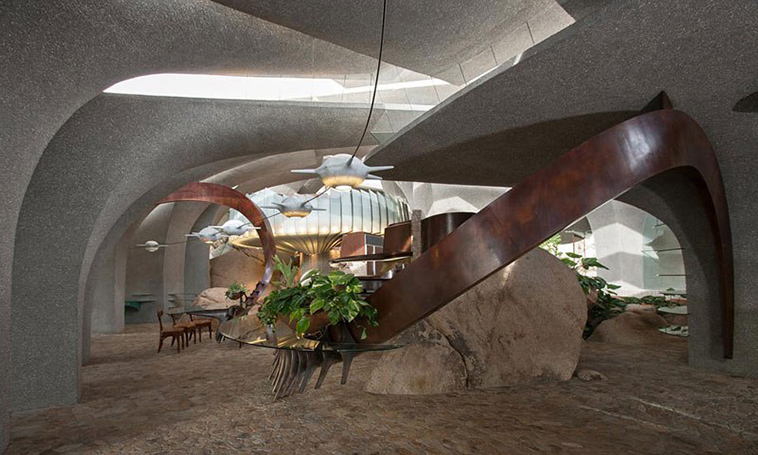 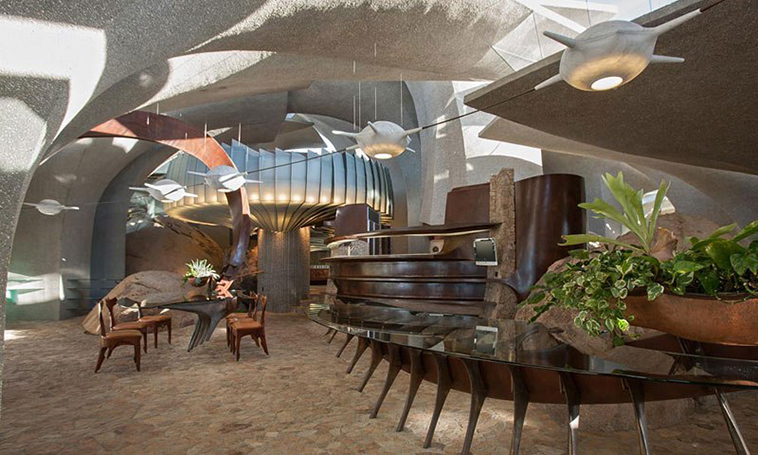 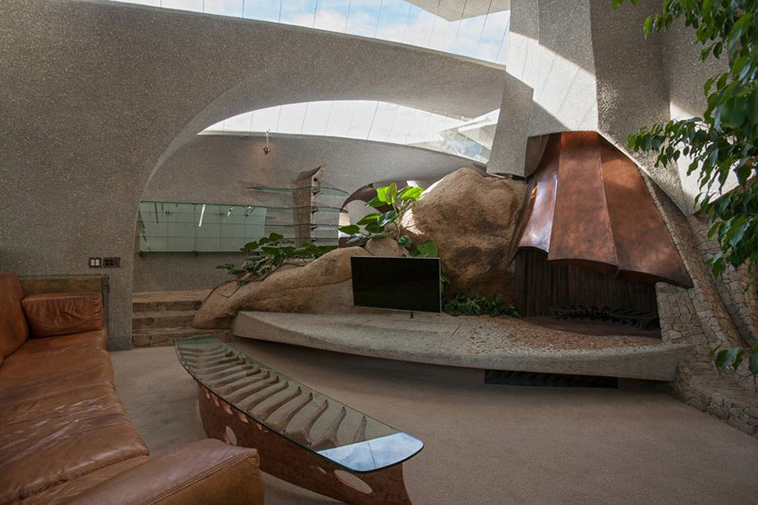 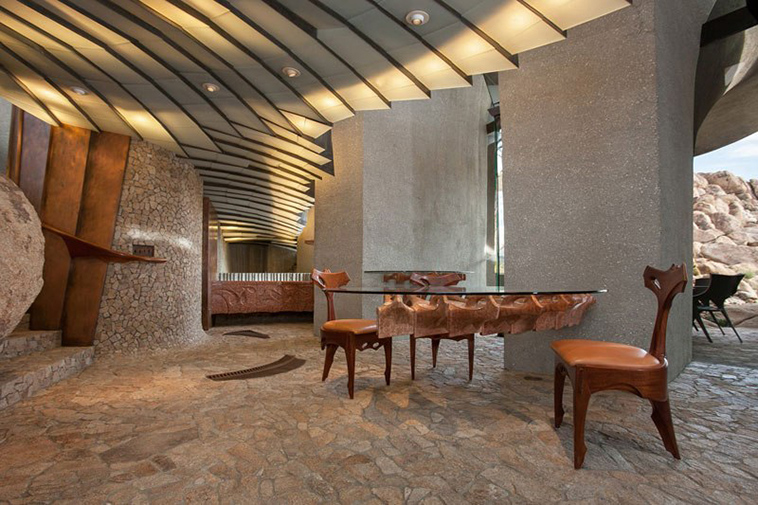 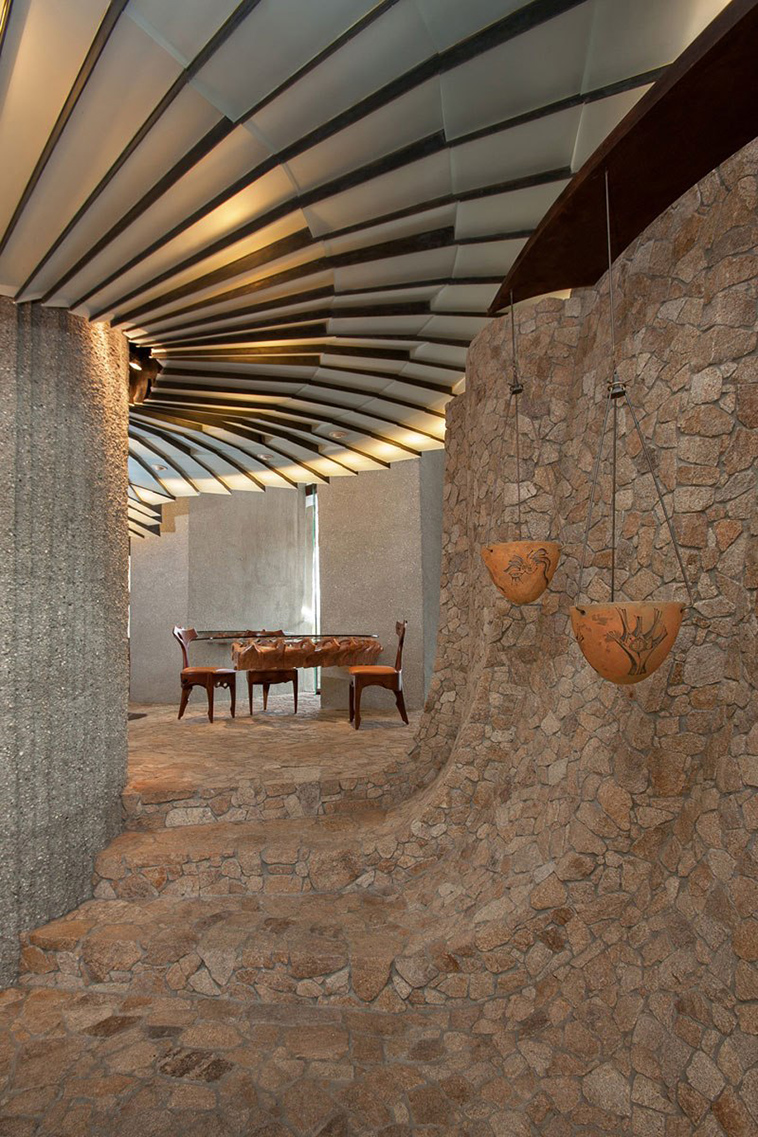 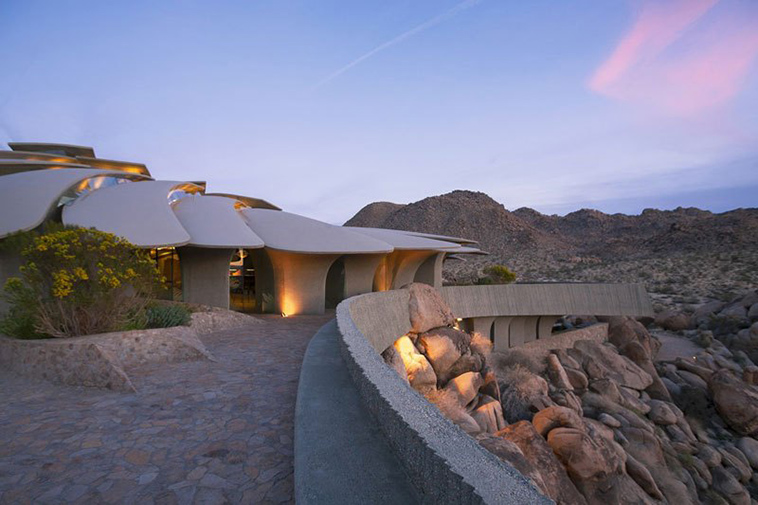 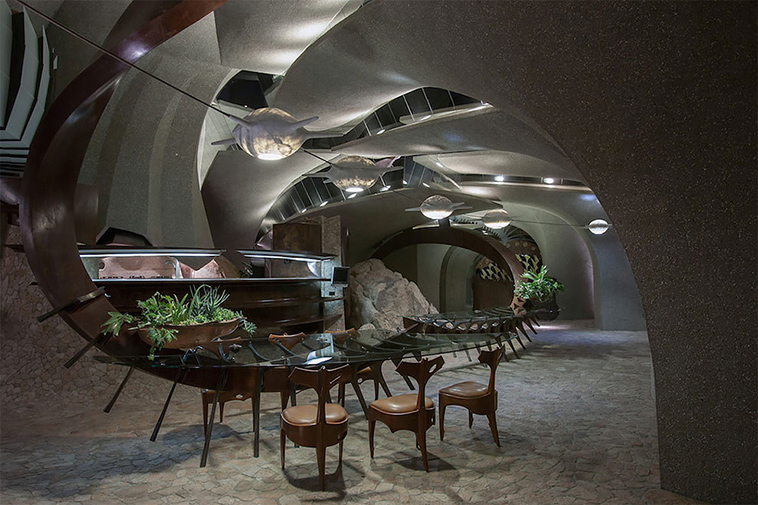 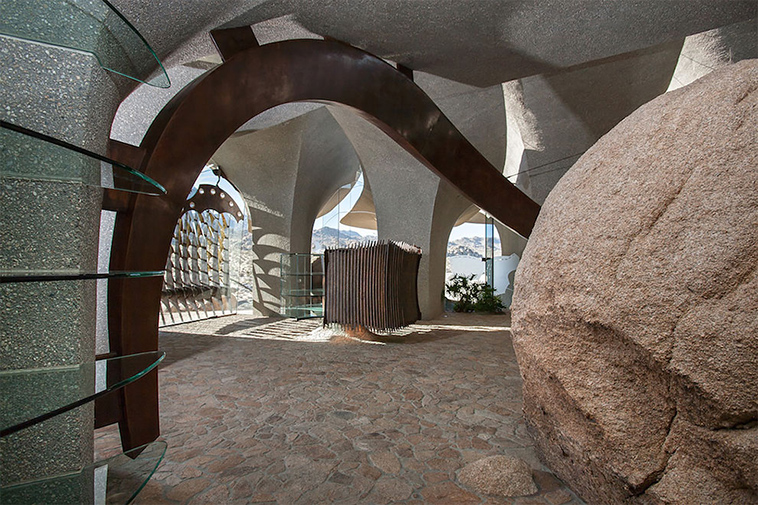 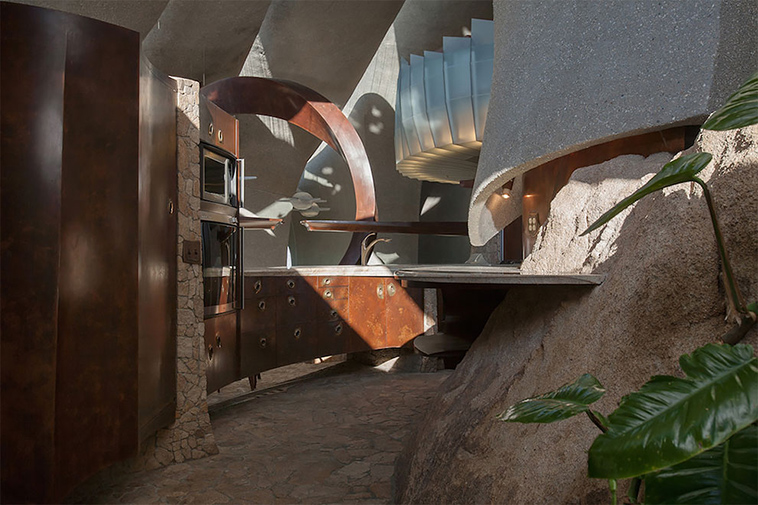 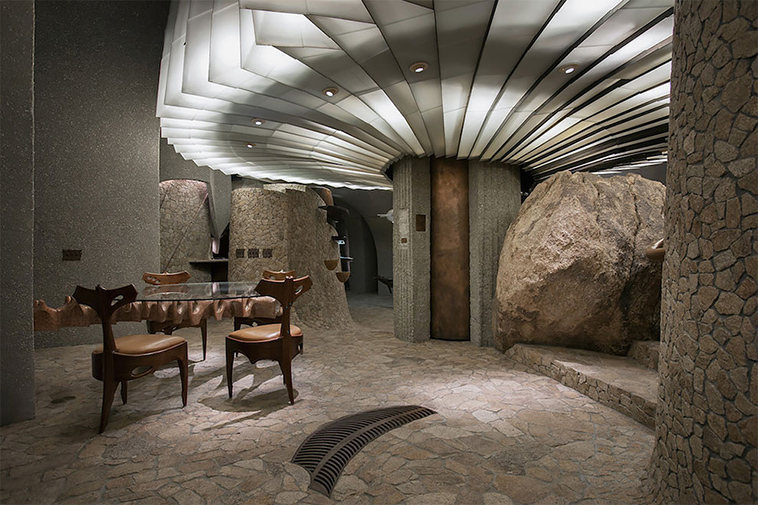 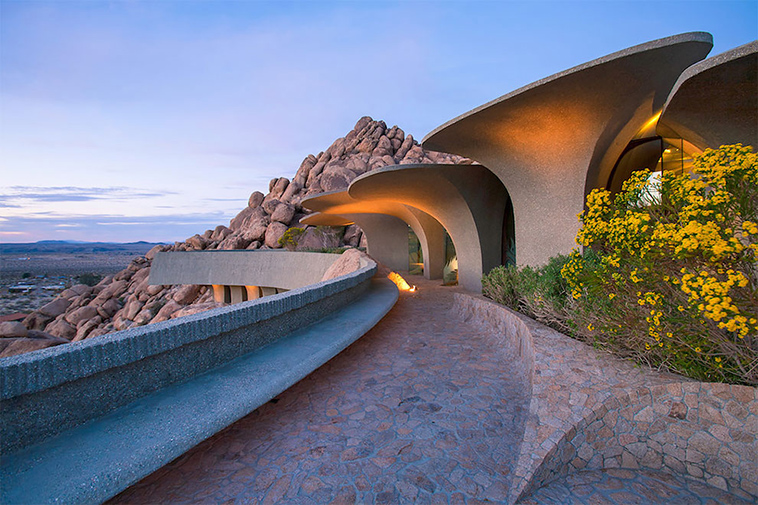 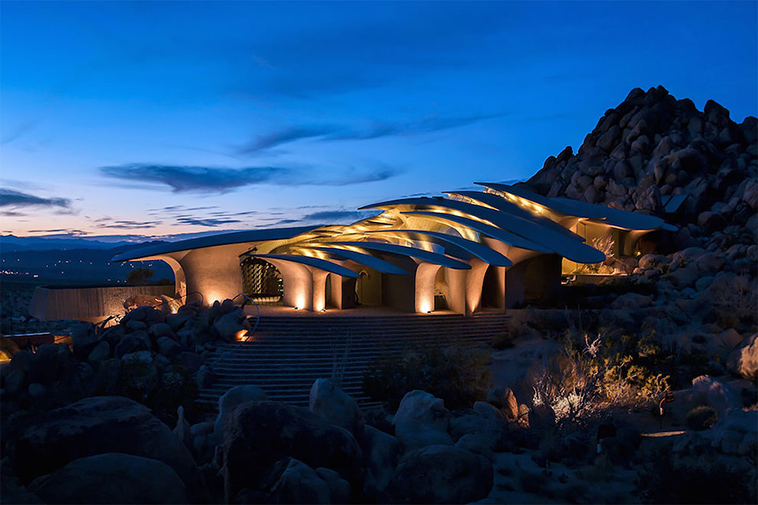 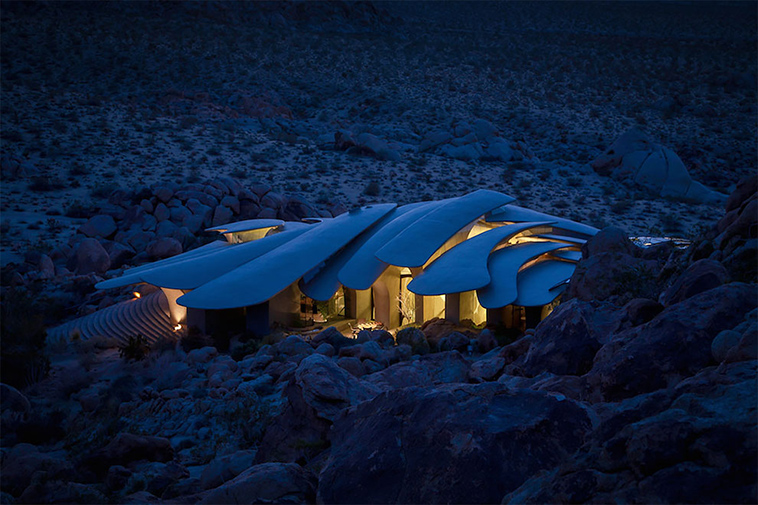