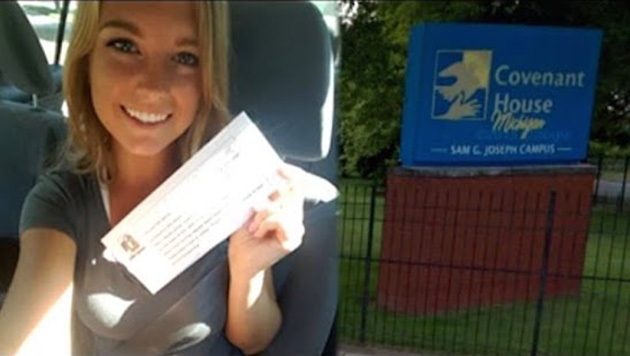 A woman from Detroit, Michigan named Hannah Spooner, and her boyfriend, went to a Little Caesar’s pizza restaurant to have a quick meal. While they were dining there, the couple themselves into a raffle on the spot. This was not something they planned to do when they went there, but they saw the opportunity to enter and that’s what they did. But what they didn’t expect was to actually win the raffle. The prize they won was a pizza voucher which entitled them to one free pizza every week for one year. This adds up to 52 pizzas total, which is worth $500.

Most people would have used this prize on themselves, but that’s not what Spooner and her boyfriend did. Instead, they donated their voucher to a local homeless shelter in Detroit called Covenant House. The workers there were very grateful to the couple because they can now give the homeless people who go there an extra special treat. This kind of generosity is a rare thing in this world. Hopefully, others can follow in her footsteps.