Based in Australia, Jane Long came up with a new addition to her collection series called Dancing with Costică which involves a digital restoration, coloring and manipulation of historical black and white photos that were clicked half a century ago. She ran into the Flickr archive of Costica Acsinte, a war photographer from Romania, and thought of bringing the images back to life once again so that the story could be retold. 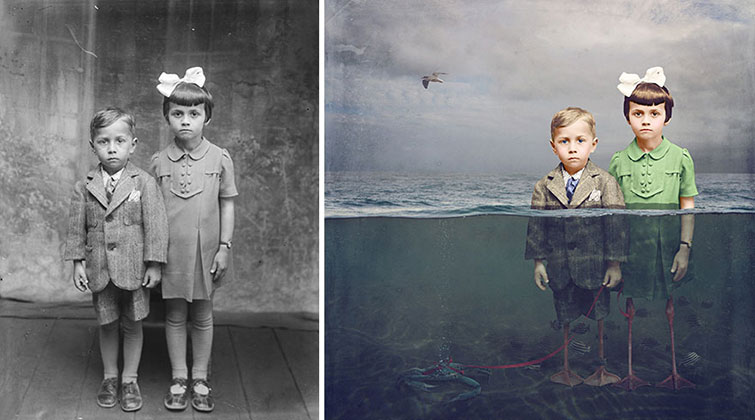 She added fancy elements to each of the photos and came up with a fusion of the past and the present. However, the subjects have not been altered much and the appearance of the individuals still remains the same, which shows a contrast of how things have evolved off late. This series has drawn a lot of controversies, as many people opinionated that she was being disrespectful of the war heroes. However, her claim is that she wanted the people in the photos to look like real people so that people change their perception. She also added that although they did not smile while the photos were clicked, it did not mean that those people have never smiled all their lives. 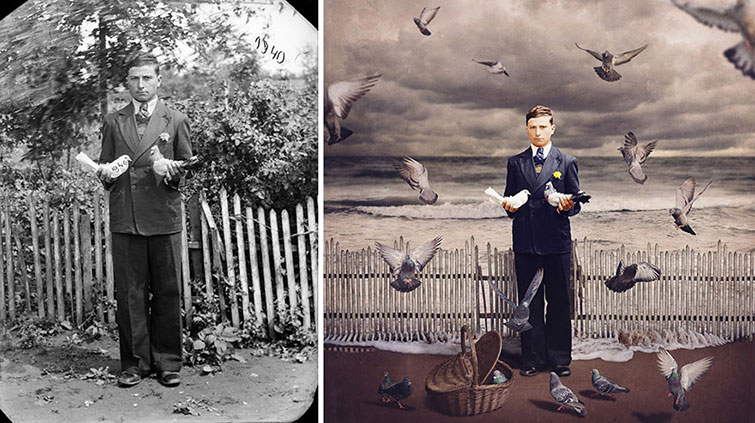 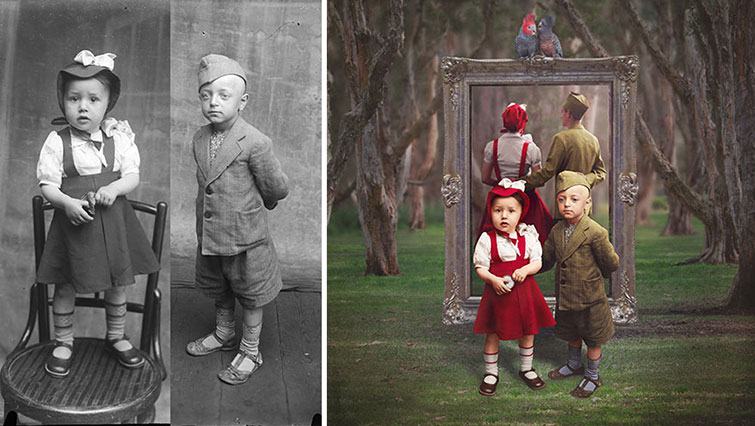 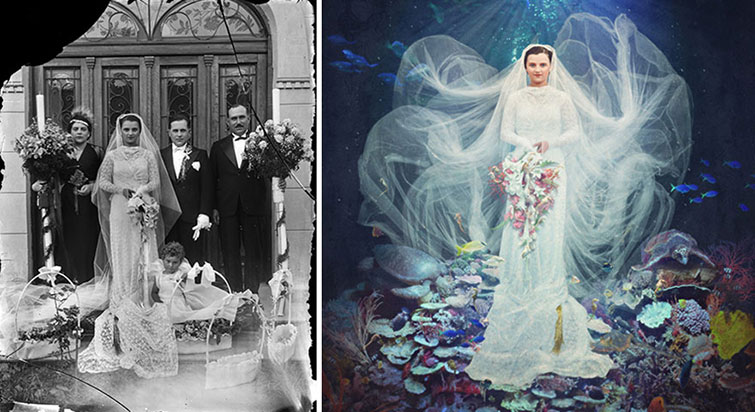 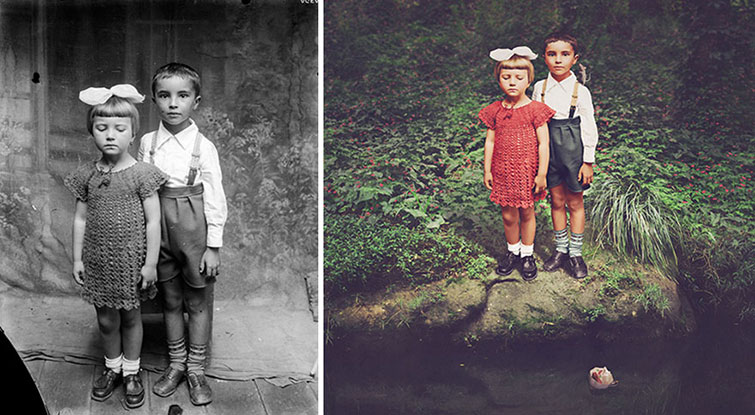 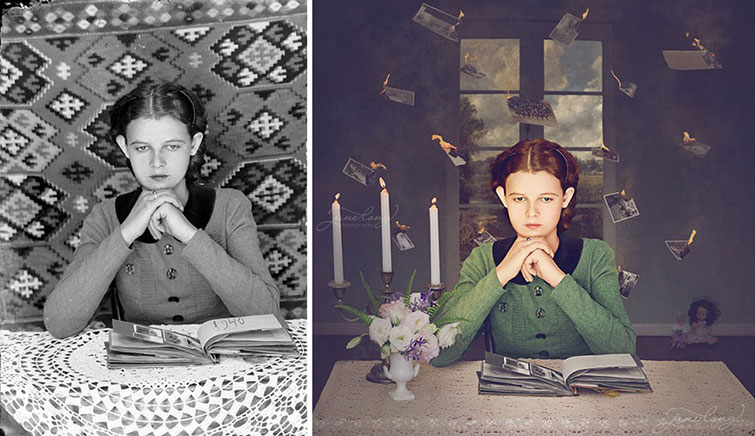 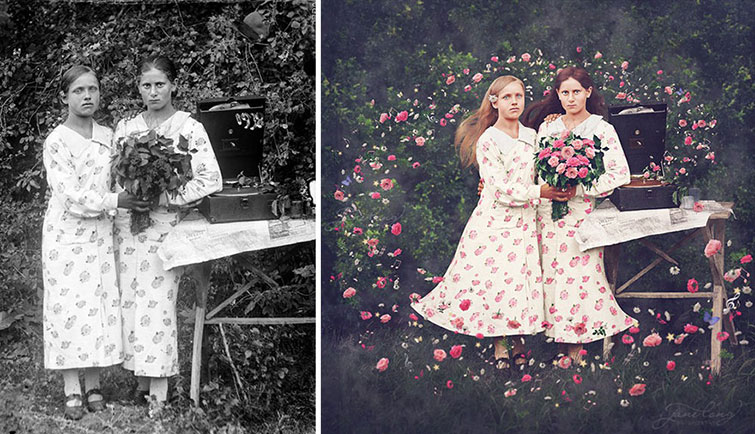 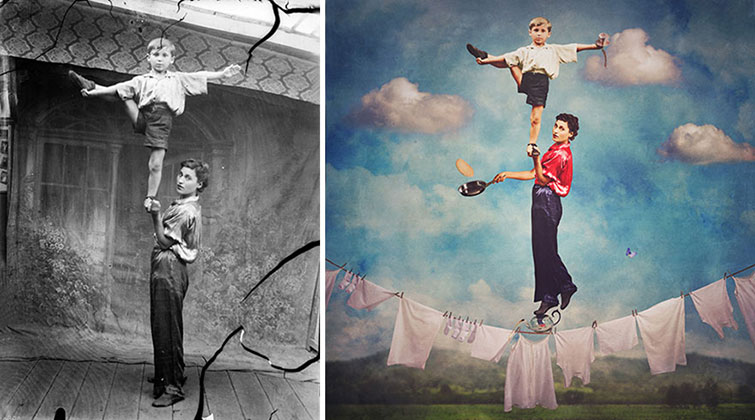 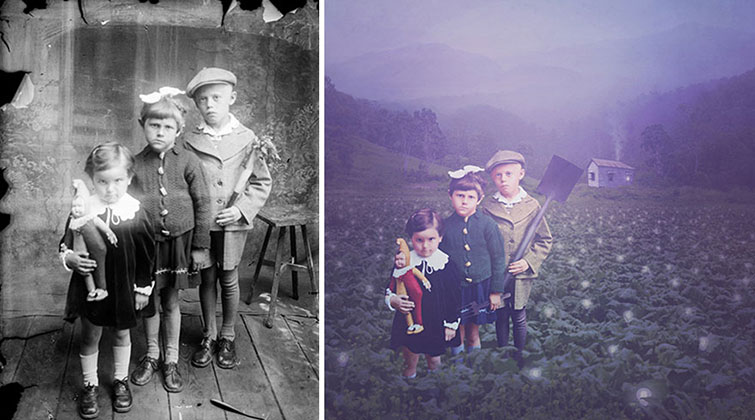 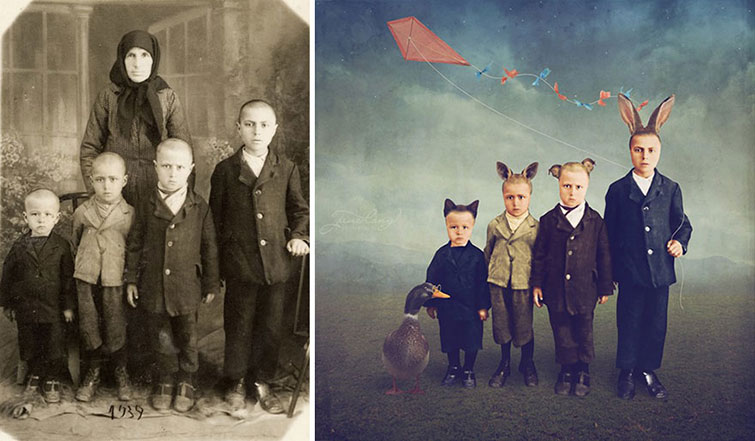 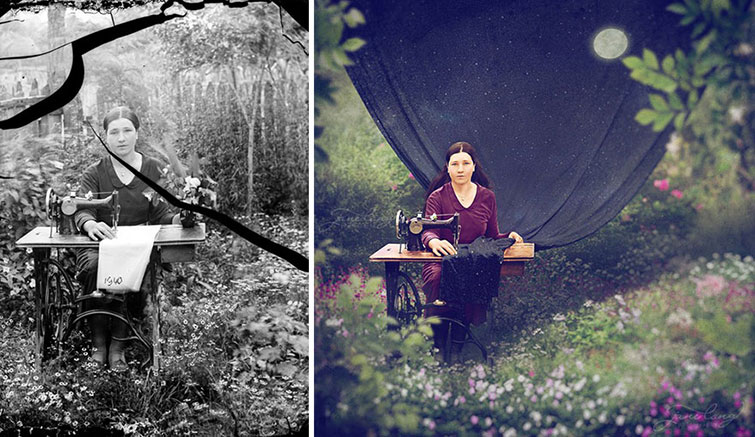 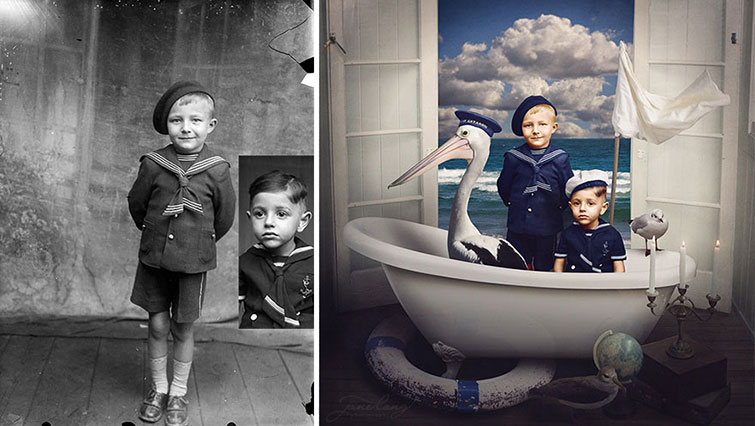 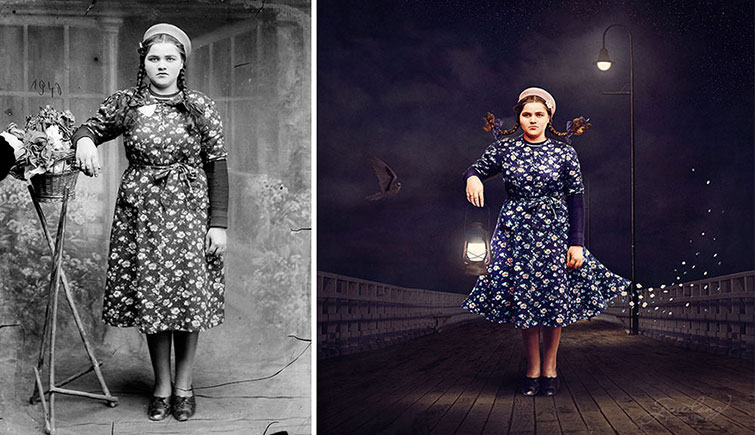