Do you have any idea of where could be the coldest place on earth where humans do actually live? It is believed that Oymyakon, Russia is considered to be the coldest location in the world. But this location is still referred as small and rural town by some people who have the ability to survive in the area throughout the harsh winter season. It is also known that the subarctic climate that is being found in this place is extreme and as of this moment the temperatures hoover at almost about -38F. Amos Chapple, a photographer and a journalist, bravely experience how to be in the place just to take some stunning and amazing photos of the town Omyakon right after the winter freeze for many people could have an idea or glimpse of what life is once in the coldest place here on earth. Chapple was able to take picture of a woman crossing a frozen bridge located at Yakutsk, which is a capital of Omyakon. Near late of September the weather will start to dip down that almost reaches below 32 degrees F which is the point of freezing. And from this point, thermostat will just continue to fall and reaches as low as -58F and even lower. During mid-day, the temperature will then start to surface back into above freezing point. 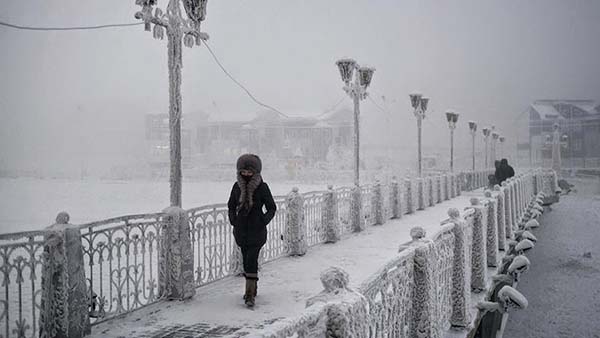 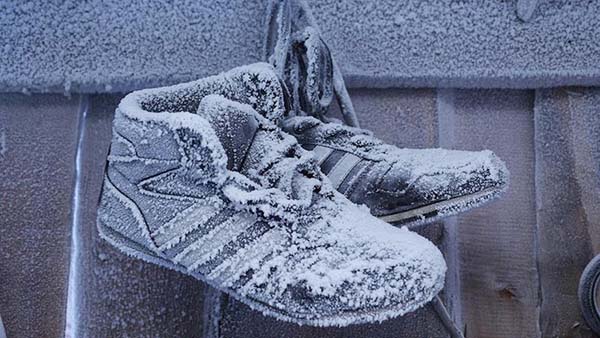 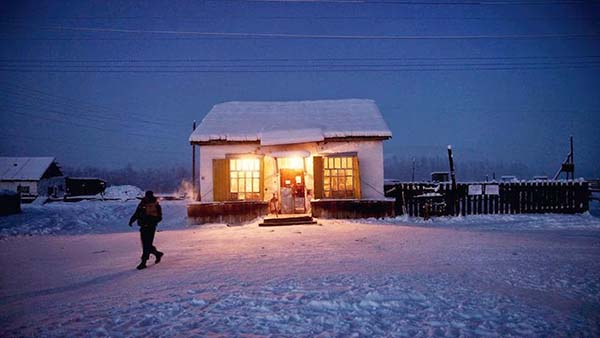 June and July are the only months wherein temperature does not even fall lower than 14F but still it doesn’t guarantee any assurance of summer seasons. Omyakon recorded its coldest temperature on February 6, 1933 wherein the thermostat read an amazing -90 degrees Fahrenheit. And Verkhoyansk is the only other place on earth being inhibited by humans that has reached that temperature level. The region is also considered to be largely fuelled through village heating plant wherein it constantly discharges streaks of smoke of coal into the air. The smoke can be seen billowing in a traditionally peaceful dawn. The city gets the name Omyakon from the nearby Oymykon River. The name of the river is being based from kheim which means unfrozen water patch or an area wherein fish will spend their winter. But another source stated that the real word is heyum which means frozen lake. According to Amos Chapple, it would really be challenging to take some photos of the life in the village for people of the place are to be found. For them to survive from the extreme winter weather they are to stay in their houses or would be swift once going out. And they are to go out once they are fully bundled from their head to their toes. So, Amos Chapple was only able to take photos that might look that the place is desolated. But though they are living in a place like that they are doing stiffs like normal city would do. The people in Omyakon are already adept with what life they have wherein winter greatly affects it throughout the entire years of their life. 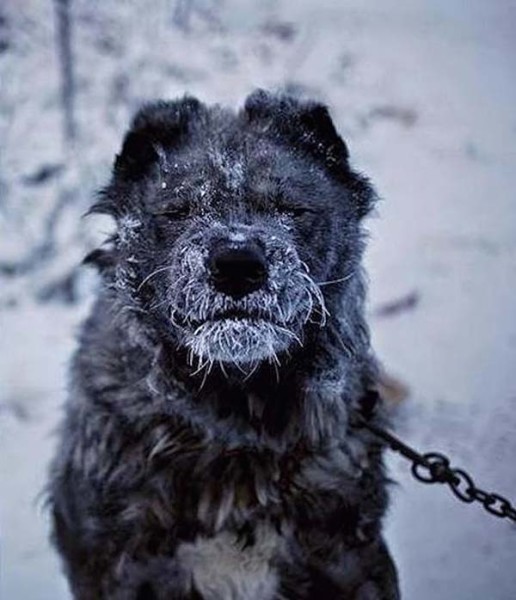 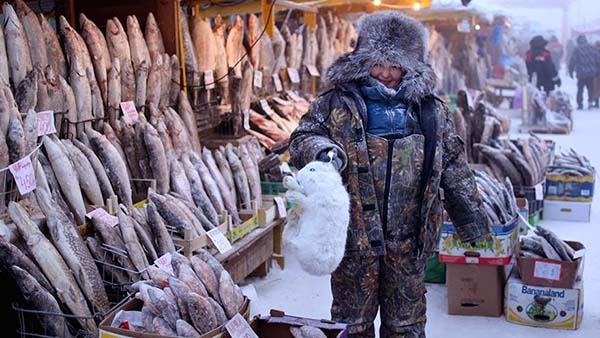 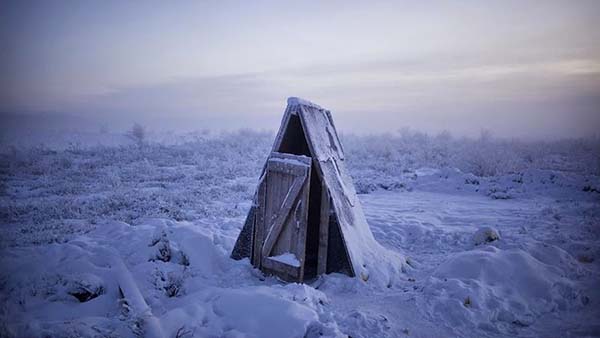 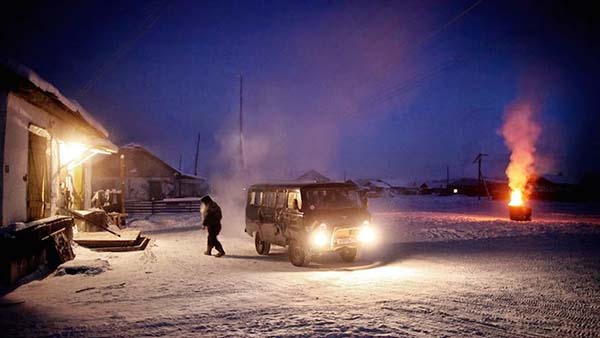