Would you want to stay in a home within a cliff with a striking yet mildly scary view? This is precisely what two Greek architects have been designing, naming it Casa Brutale. Based on the concrete style known as brutalism, it has combined a brutalism design within the confines of a cliff, creating a rather one of a kind home that is both high end and absolutely terrifying at the same time.

Laertes Antonios Ando Vassiliou and Pantelis Kampouropoulos are the brains behind the concept, and have based it on the idea of being a ‘poetic homage to pure Brutalism’. A combination of a rooftop pool and walls that are completely underground would keep the home well insulated as well as keeping it cool too. We are not fully sure if we would be brave enough to live there, the view is pretty cool, if not a little unnerving! 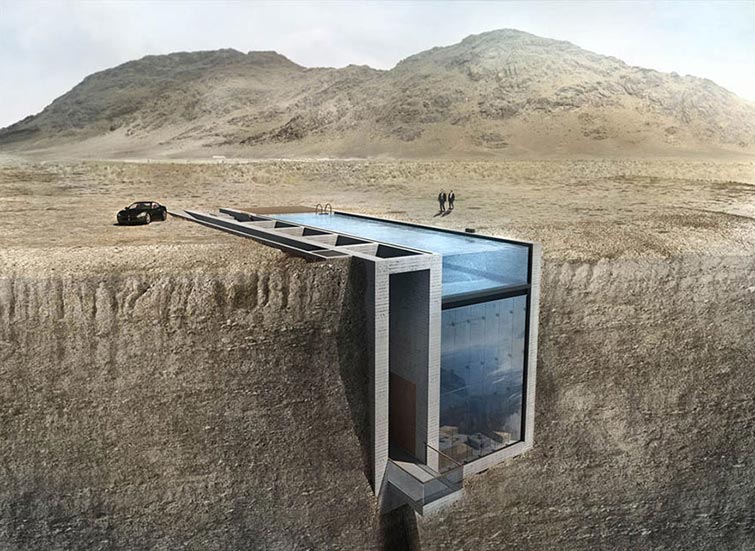 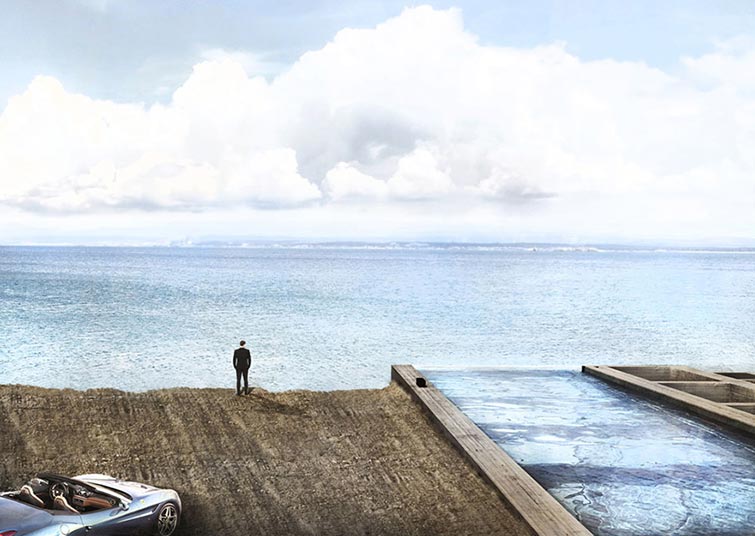 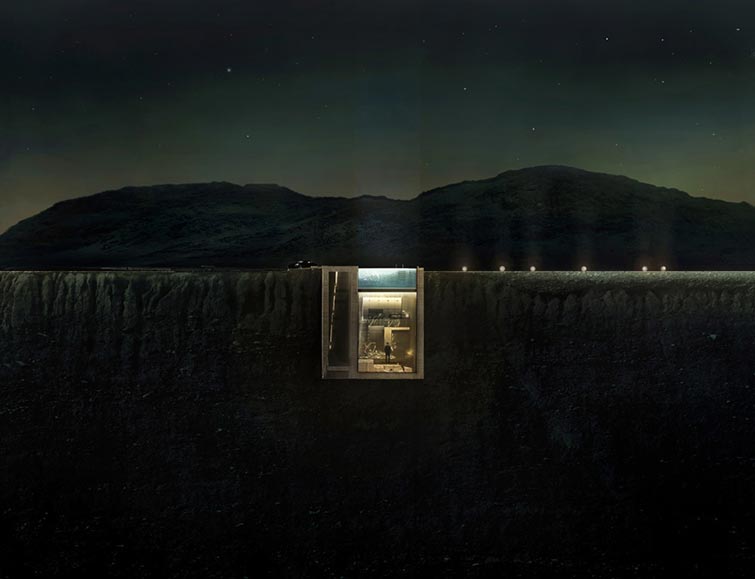 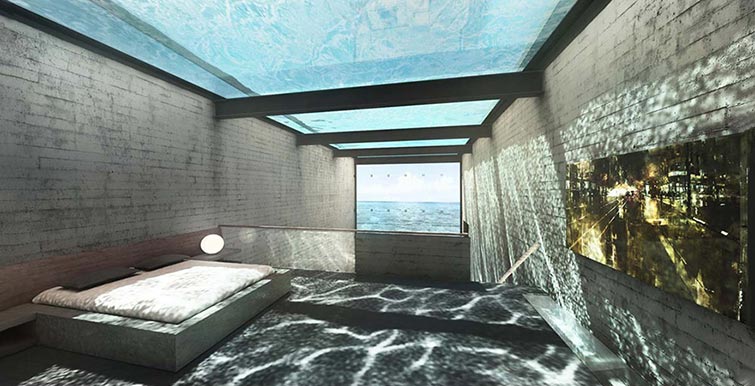 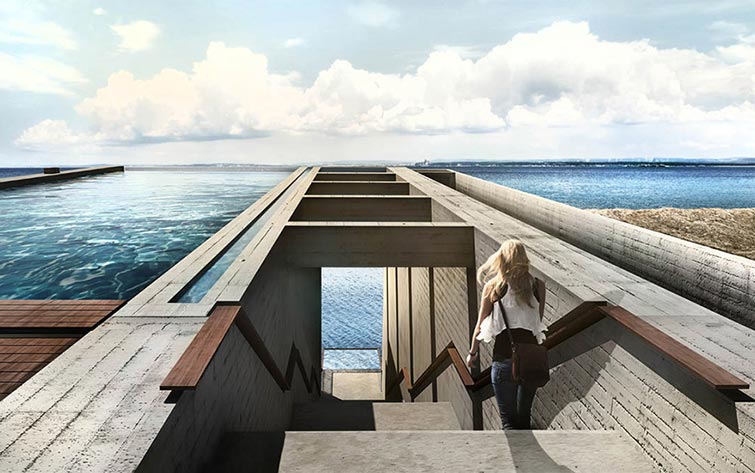 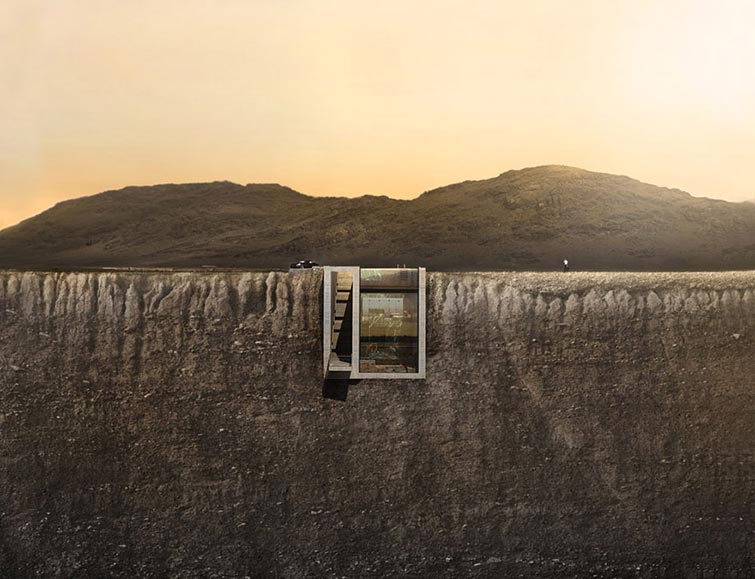 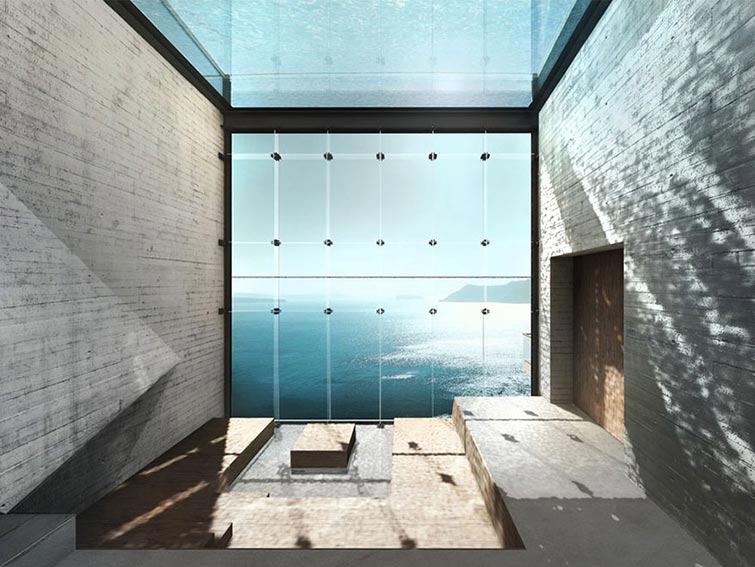 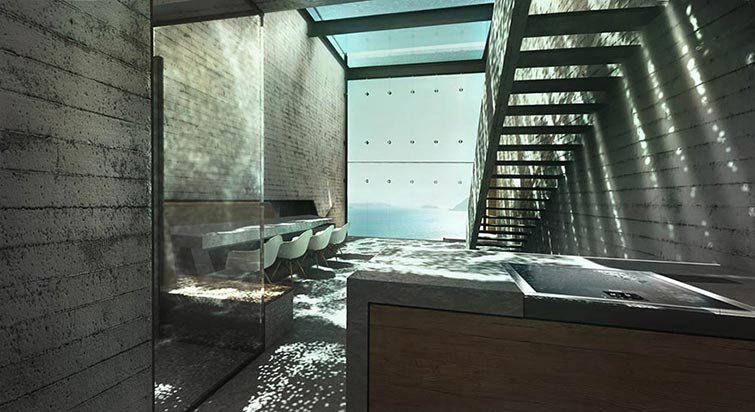 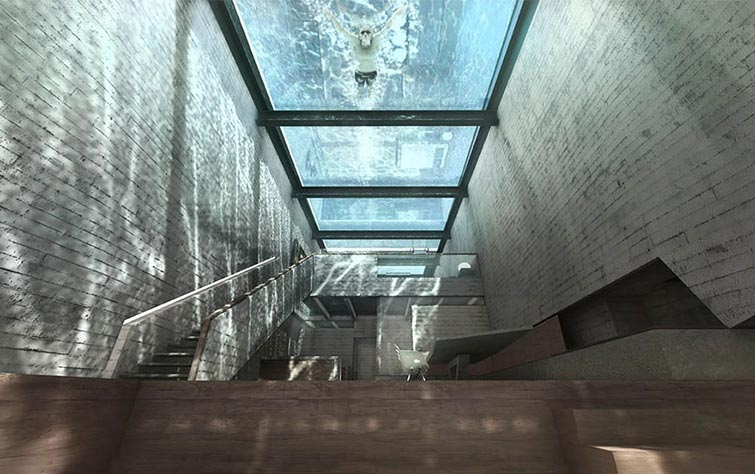