Located in the Mexican state of Chiapas, a 400-year old church that was submerged in a reservoir showed up when drought hit the region and the water level in the reservoir went down by 25 meters. 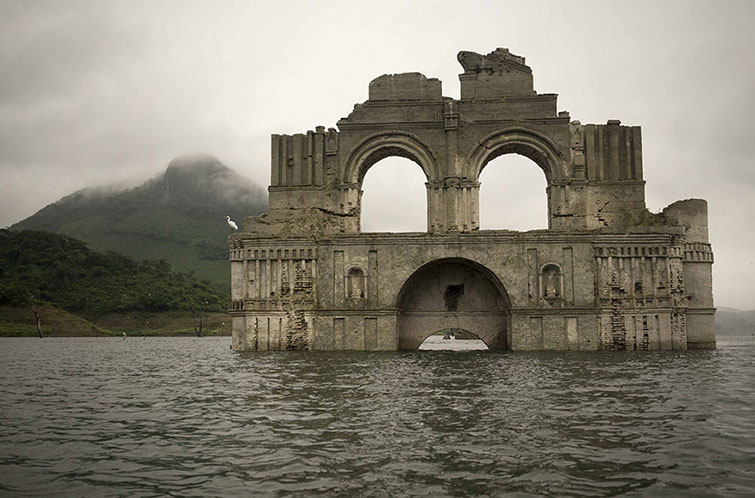 The fishermen in this region have been ferrying visitors to the Grijalva river, under which this church was submerged in 1966 to make way for the Nezahualcoyoti reservoir. Ever since the reservoir was built, this is the second time that the church has emerged. 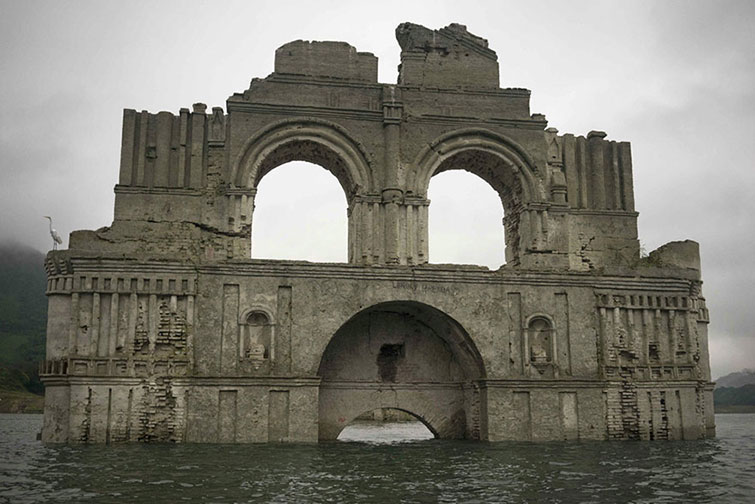 Built during the 16th century, this 16-meter tall church is called the Temple of Santiago and earlier used to be on an important highway. The church was built thinking that population would flourish around the area, but it failed to happen as it was submerged. Image credits: AP / David von Blohn 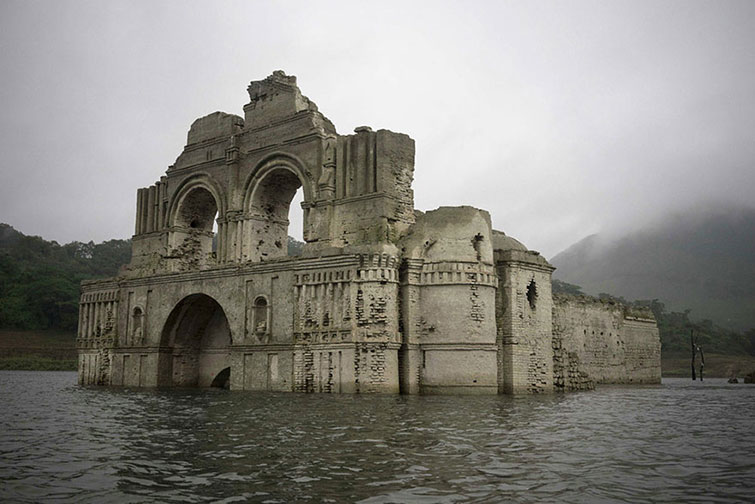 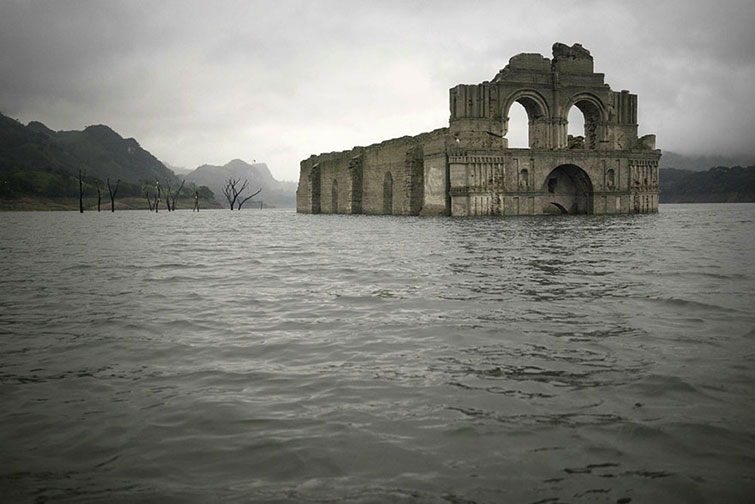 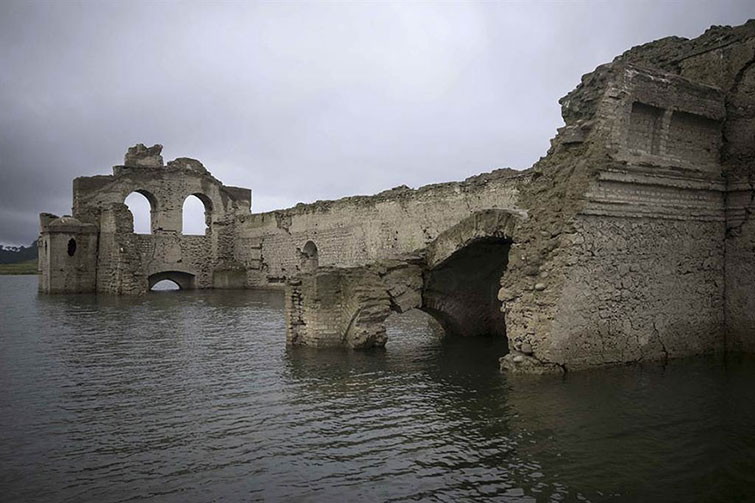 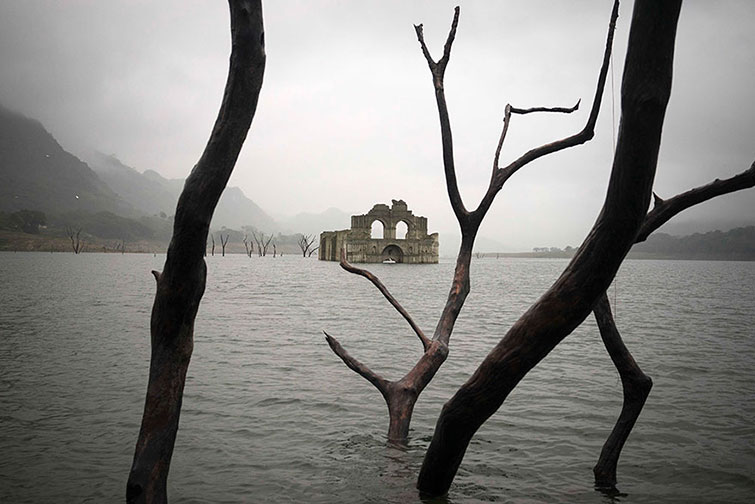