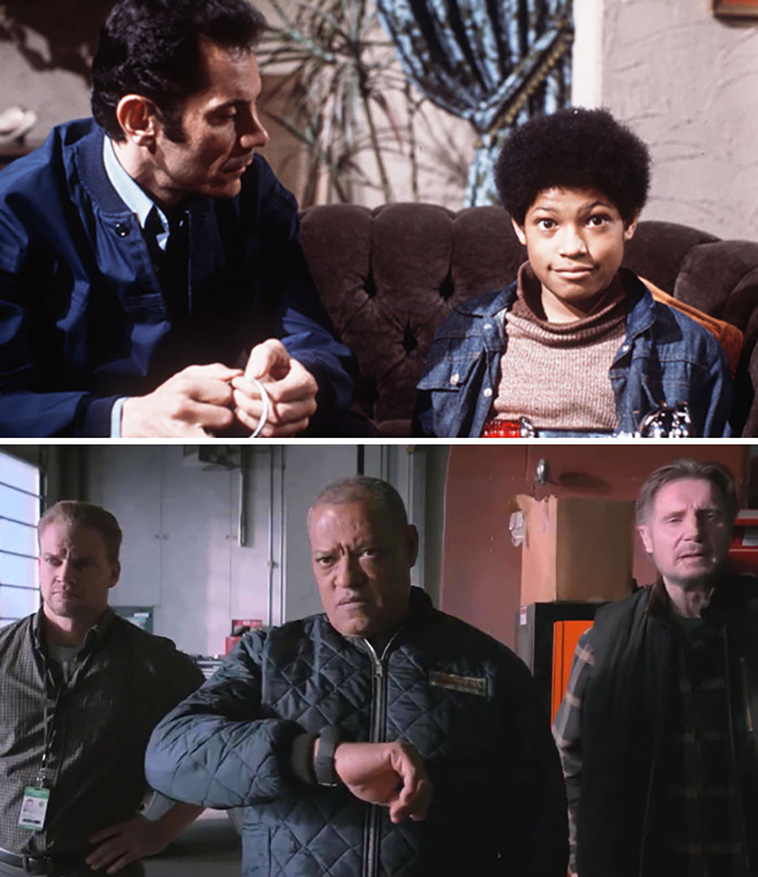 Laurence Fishburne, or more commonly known as Morpheus, cause let’s face it, he is the face of the character, is best known for his role in the Matrix trilogy of sci-fi movies that gave many of us existential dread back in the late ‘90s and early ‘00s.

But despite him being best known for the above, remember that he has been an actor nearly 50 years now, and was credited in over 120 films and series through that time. So, it will quite likely come as a surprise that he was a child actor too, having played the likes of Josh West Hall in One Life To Live (1974–1976) as well as Wilford Robinson in Cornbread, Earl and Me (1975).

Fun fact: One Life To Live, according to IMDB, has been on for quite a huge chunk of the average lifetime of a human being. The show started back in 1968 and is said to have lasted right until 2013 with Erika Slezak being credited in over 2,200 of the episodes. Fishburne is credited in 15 of them. 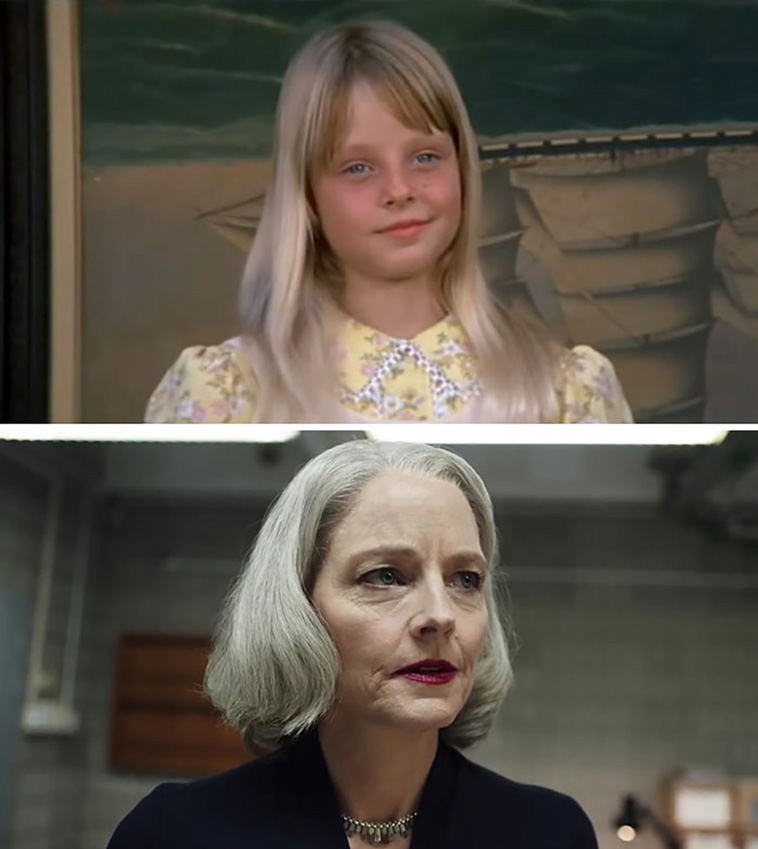 Across her 50+ year career, Jodie Foster has played a vast variety of roles, including Contact (1997), Taxi Driver (1976), and most notably The Silence Of The Lambs (1991). But one of the roles that you might have not noticed was as Becky Thatcher in Tom Sawyer, particularly the 1973 adaptation also starring Johnny Whitaker and Celeste Holm. 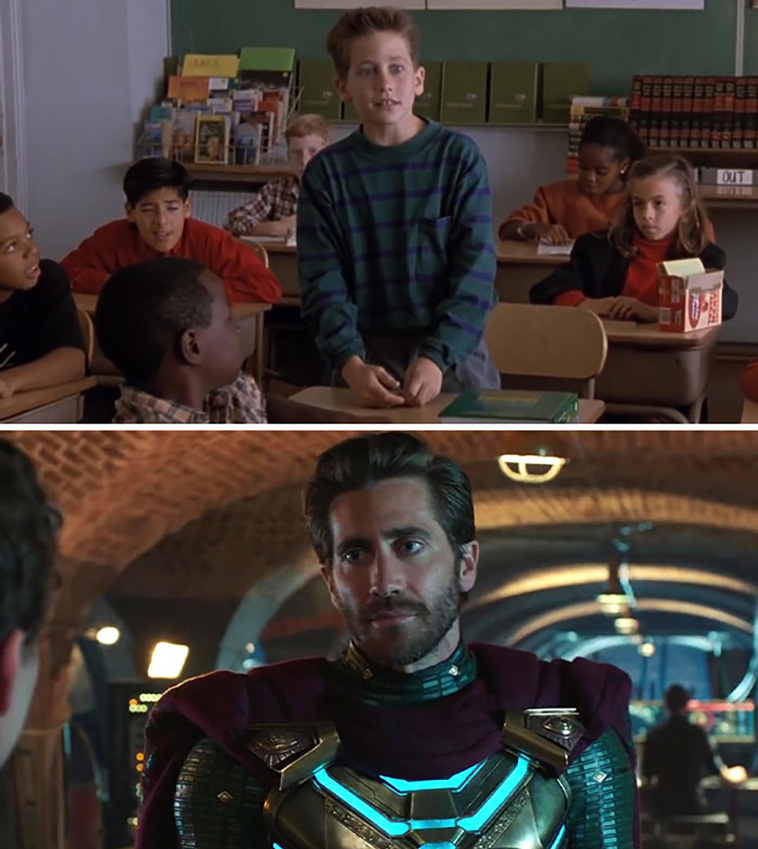 The western-themed comedy City Slickers from 1991 got together a number of great actors, like Billy Crystal, Daniel Stern, Phill Lewis, Jeffrey Tambor, Jack Palance and many more. Among the cast was also Jake Gyllenhaal, star of Brokeback Mountain, Nightcrawler, and Prisoners, who played Mitch Robbins’ son Danny. 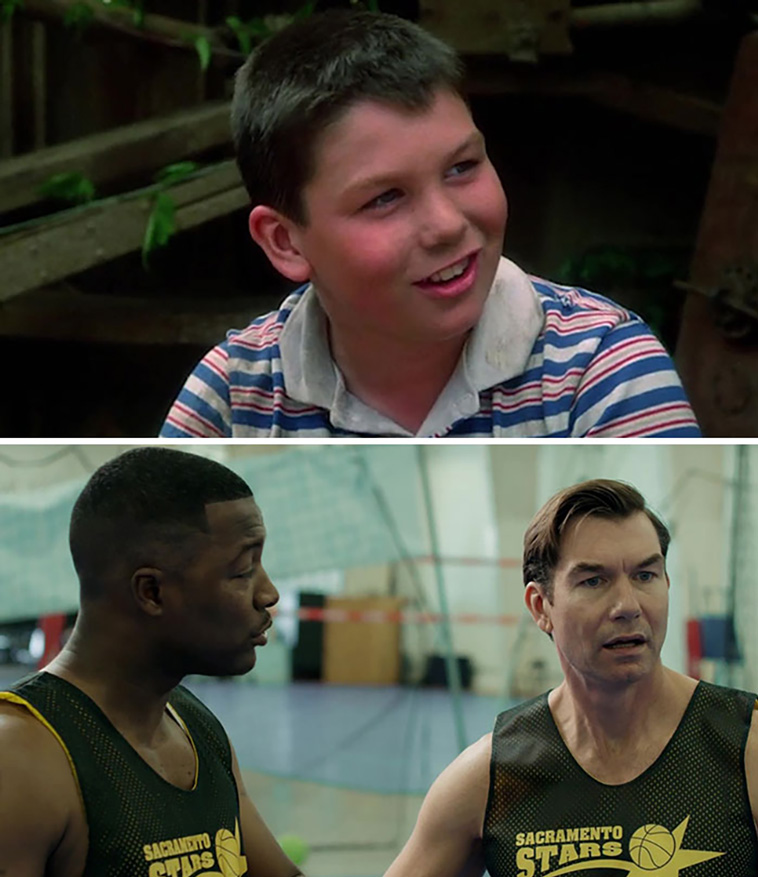 This is one of those situations where the actor as a kid looks nothing like the actor as an adult. And here we are talking about Jerry O’Connell, who was featured in movies such as Kangaroo Jack, Sliders, Mission to Mars, among many others in his 35-year-long career.

If you haven’t noticed, O’Connell also played Vern Tessio, one of the four boys in Stand By Me. In the movie, he and his 3 friends were searching for a missing dead body of a kid named Ray Browers in Castle Rock, Oregon. 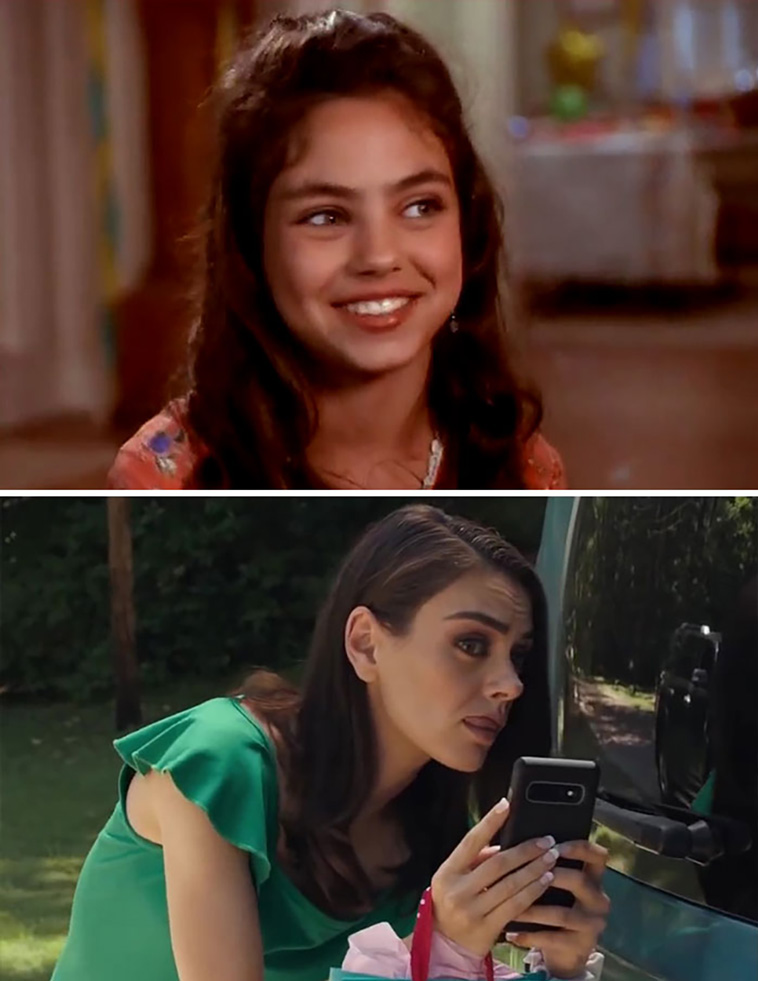 If you’re an ‘80s or even a ‘90s kid, there’s no doubt you’ve heard of either Honey, I Shrunk The Kids (1989) or Honey, I Blew Up The Kid (1992). Well, five years later, another installment in the franchise was released and that was Honey, We Shrunk Ourselves (1997), which starred Mila Kunis as Jill. While it wasn’t a big role, it was still a significant one, so it was possible to overlook that when watching it for the first time. 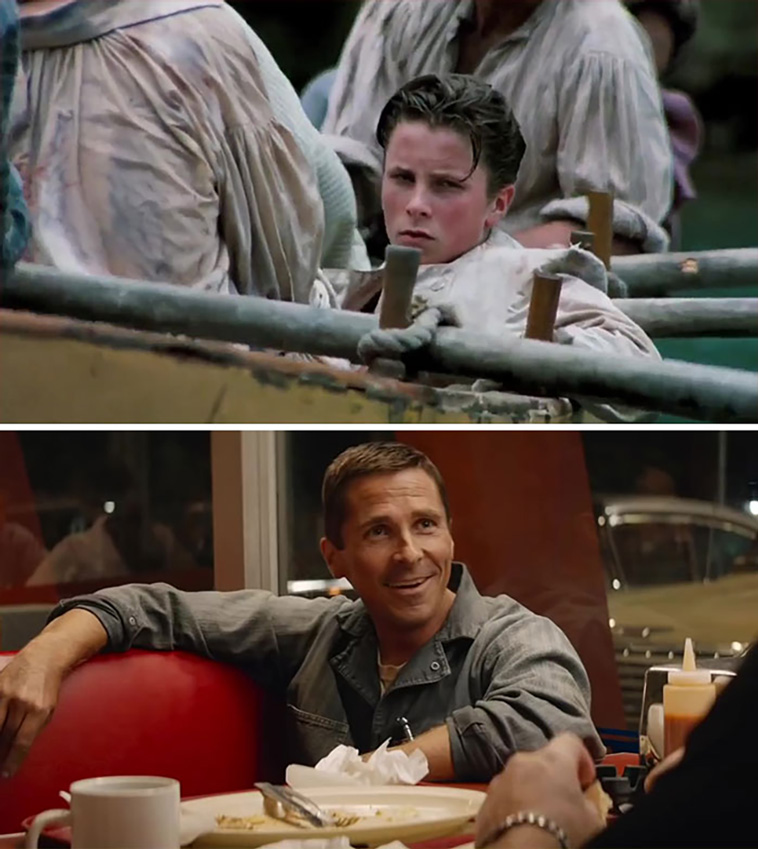 While many remember Christian Bale as Patrick Bateman from American Psycho (2000) or the Dark Knight himself in the Batman franchise (2005-2012), remember that he’s been in film ever since the mid ‘80s. And that means that most won’t have noticed that he was that kid in Treasure Island from 1990 (that kid being Jim Hawkins). 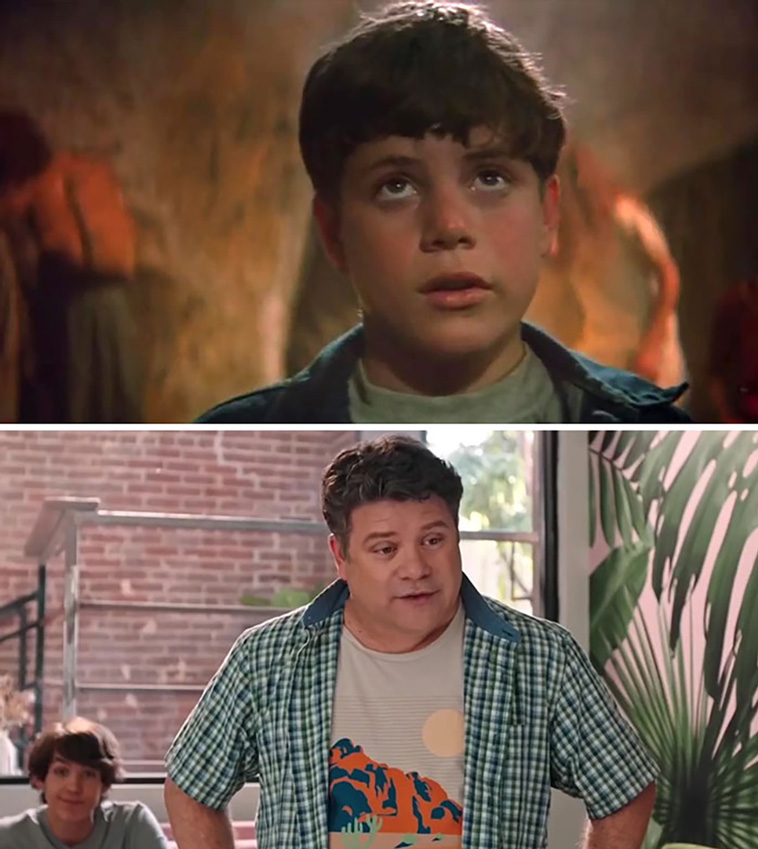 Believe it or not, Mikey from the Goonies was one of Sean Astin’s first ever roles in movies, before that being TV movies The Rules of Marriage (1982) and Please Don’t Hit Me, Mom (1981). And if you’re still scratching your head and wondering who he is, he’s Samwise Gamgee from the Lord of the Rings movies (2001-2003). 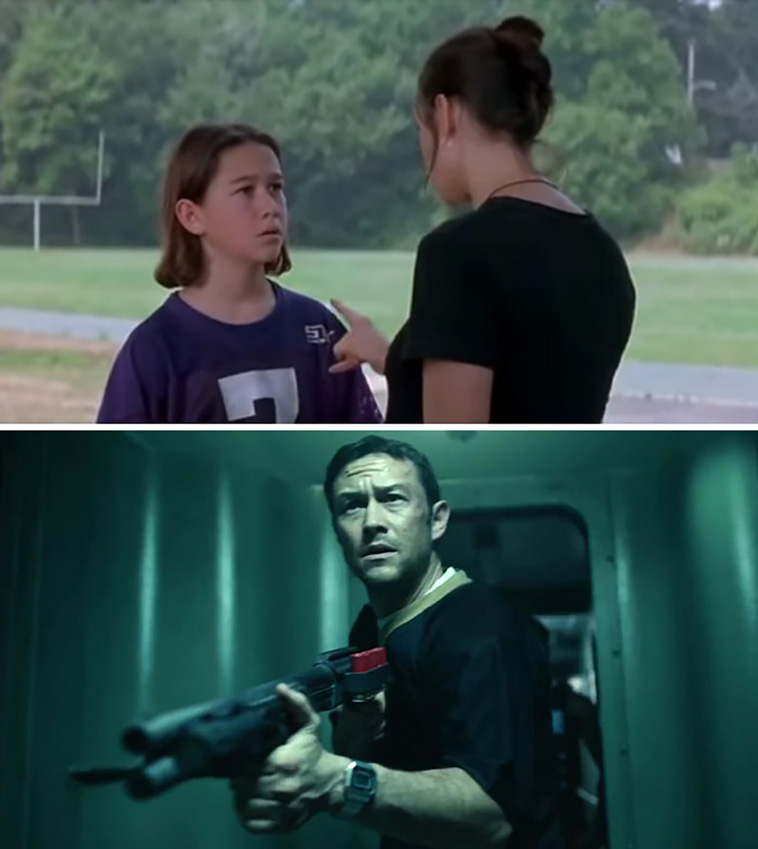 Did you know that Joseph Gordon-Levitt was actually one of the students seen in 1992’s Beethoven? Well, that’s a relatively minor role, but he was right there, front and center (almost), and the more you know!

However, one of the bigger roles that he played that you may have not noticed was Oliver, son of Annie Laird (played by Demi Moore) in the Juror (1996). Annie played the main role as a juror in a mob boss’ trial, making her son Oliver one of the key characters there too. 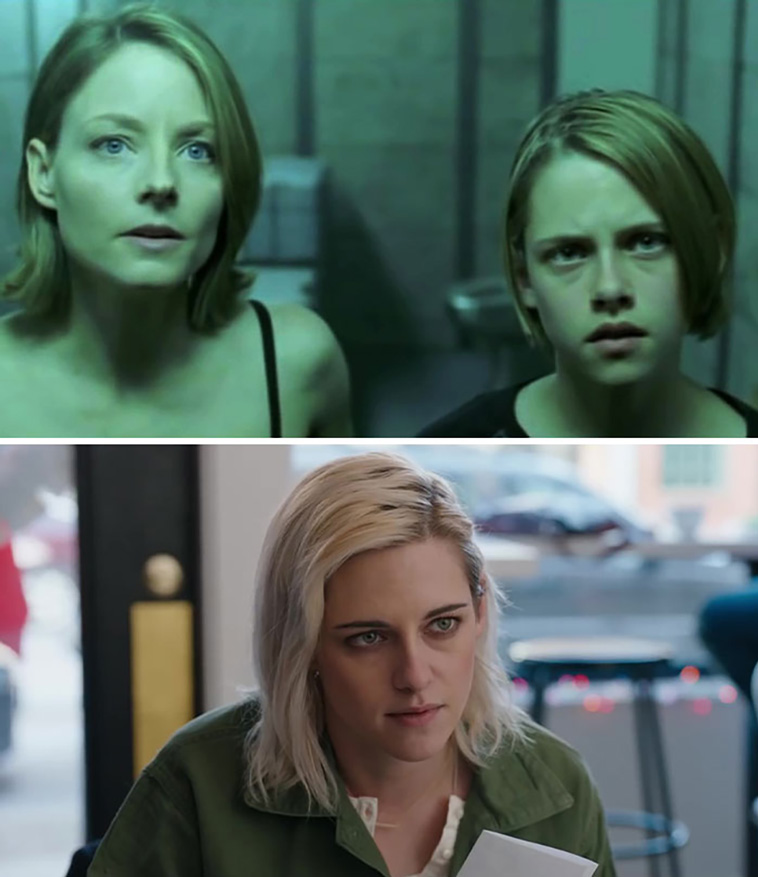 Many of us had probably never heard of Kristen Stewart before her starring role as Bella Swan in the vampire-themed romance fantasy Twilight Saga (2008-2011). There was also Snow White and the Huntsman (2012), but I can already hear Twilight fans already reviving the Team Edward vs Team Jacob debate, so let’s leave it at that.

Anyway, the then 12-year-old Stewart played Sarah Altman—a diabetic daughter of a divorced woman, both of whom take refuge in the safe room of their newly purchased house when three men break in, searching for a missing fortune—in 2002’s Panic Room. 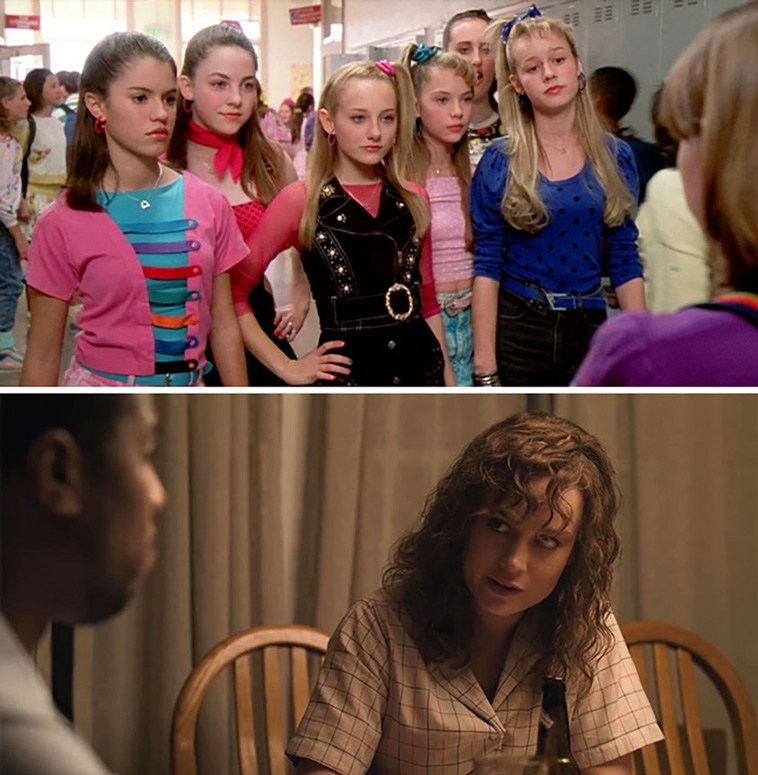 Before becoming the face of Captain Marvel in 2019’s movies Captain Marvel and Avengers: Endgame, Brie starred in Room, Short Term 12, and a number of other feature films, including 13 Going On 30 (2004). In it, she was one of the cool kids clique called the Six Chicks. Besides bearing less resemblance to her current grown-up self (compared to, say, Elijah Wood), she was also credited as Six Chick #3, so having no name might have added to the fact that not many noticed her here.