“I’ll stay with them no matter what happens. Someone who has mercy in their heart for people, has mercy for every living thing.”

With the recent ongoing crisis in Syria, millions of refugees have been rushing away from the country. They got separated from their loved ones and family due to the crisis. A World Heritage Site of UNESCO: Aleppo, was one of the worst hit due to the destruction, where hundreds of stray cats were on their own. However, one man decided to make a difference and stayed back to protect the cats.

Mohammad Alaa Aljaleel, who is an ambulance driver by profession, started feeding and sheltering cats belonging to Masakan Hanano starting from 2014. He used to spend $4 for meat so that cats could be fed. Eventually, the number of stray cats increased and he went ahead to establish a non-profit sanctuary for the cats: Il Gattaro d’Aleppo.

As so many cats were struck, Aljaleel risked his life so that he could stay in Syria and care for the cats. Popularly, he is known as “The Cat Man of Aleppo” and people trust him with the cats. 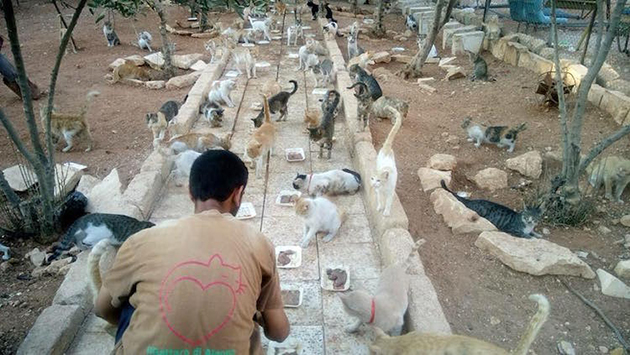 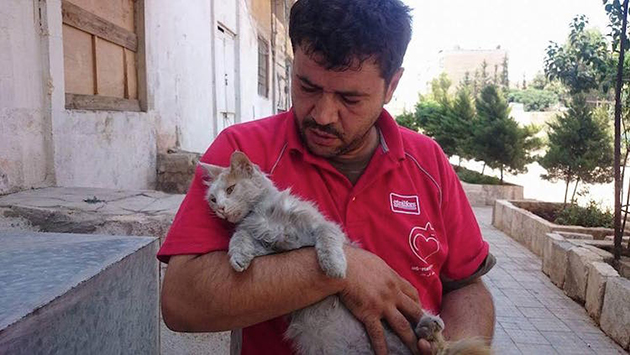 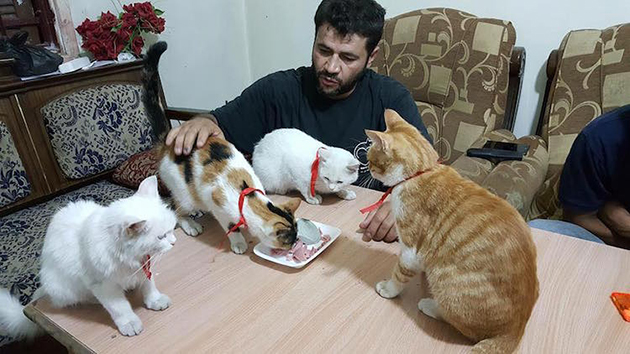 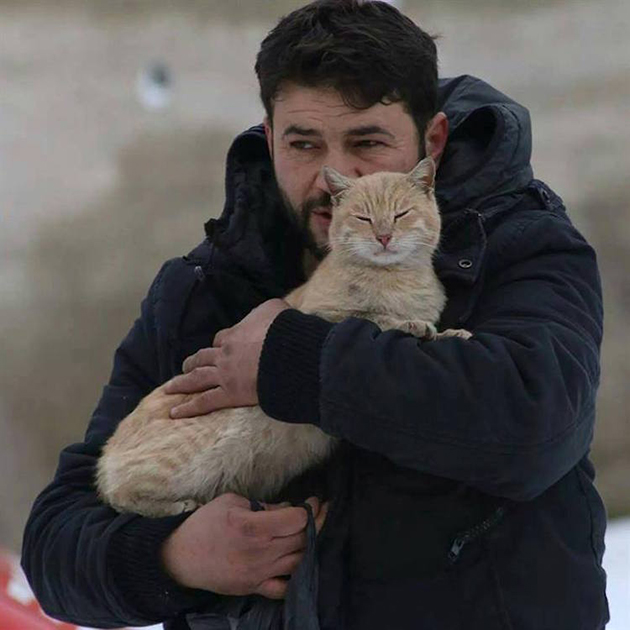 All images via Nobel Peace Prize to Alaa.