Muscular Dystrophy is a disease that is hard to live with; such is the case of Zang Chi a Nineteen year old from Jiangsu, China who finds it difficult to walk due to the disease. Metro, Daily Mail, Alarabiya

An Eighteen year old classmate Xie Xu has for the last Three years has been carrying Zang on his back to classes and back at the Daxu high school. 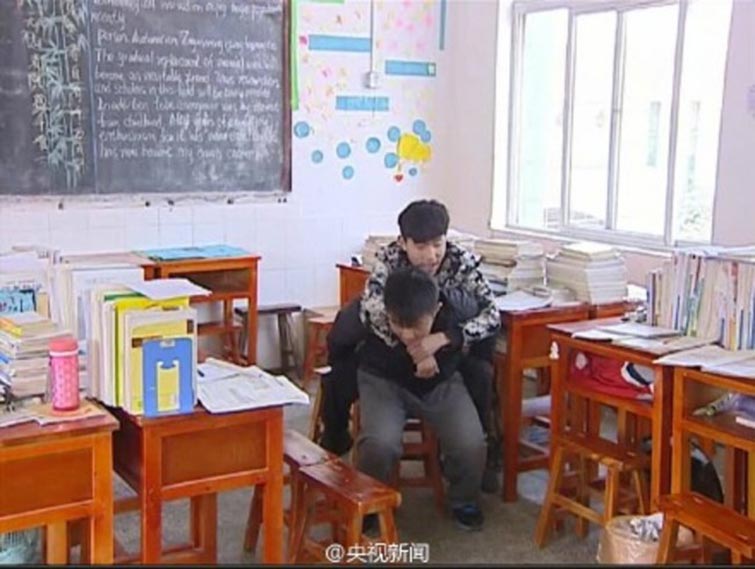 The Vice principal, Guo Chunxi is also inspired and touched by this act of friendship and unreserved empathy, especially because they are not even related. 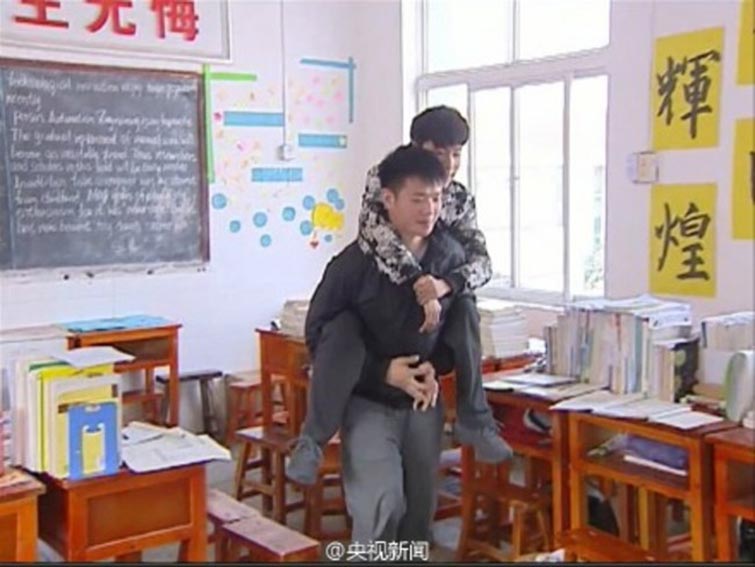 The Vice principal also commented on the fact that Zang has never missed a class due to his friend’s steadfastness in carrying him, he further stresses that his friends act is a positive influence on other pupils. 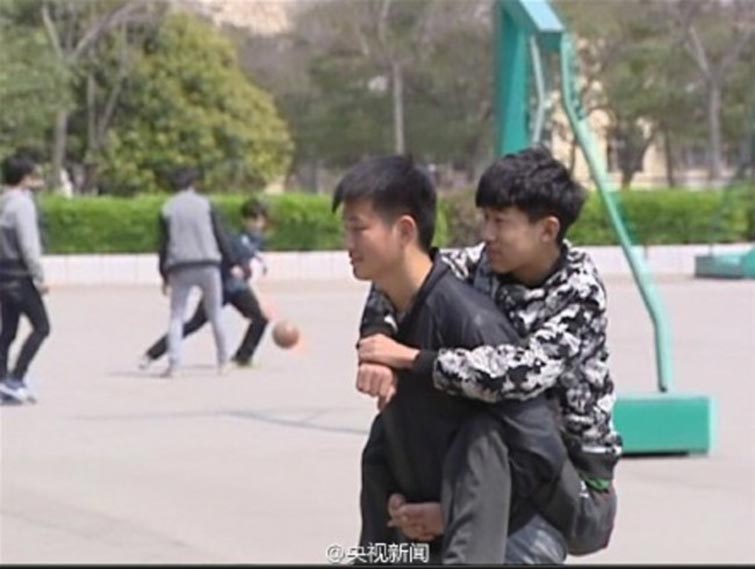 Xie’s commitment to Zang doesn’t end with just carrying him to school from their dormitory; he also helps him fetch his three meals and washes his clothes. 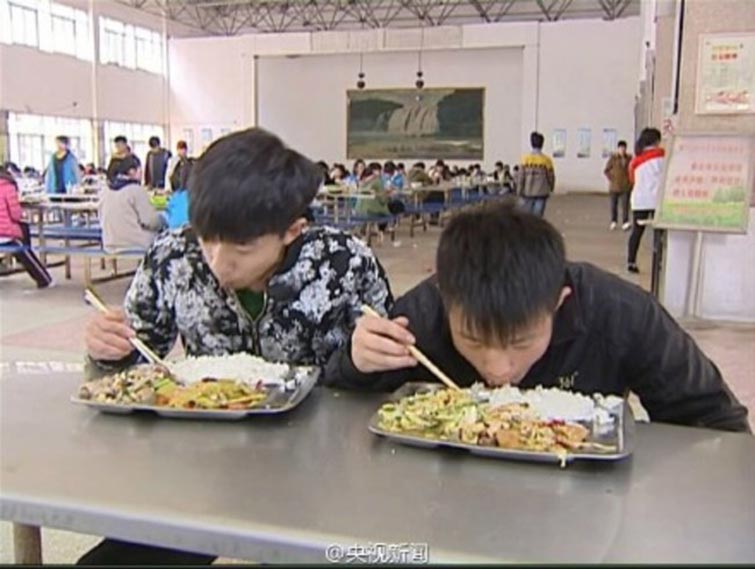 Both Zang and Xie are the top of their class at their High school, they are both 3rd year students and they have both overcome the obvious challenges 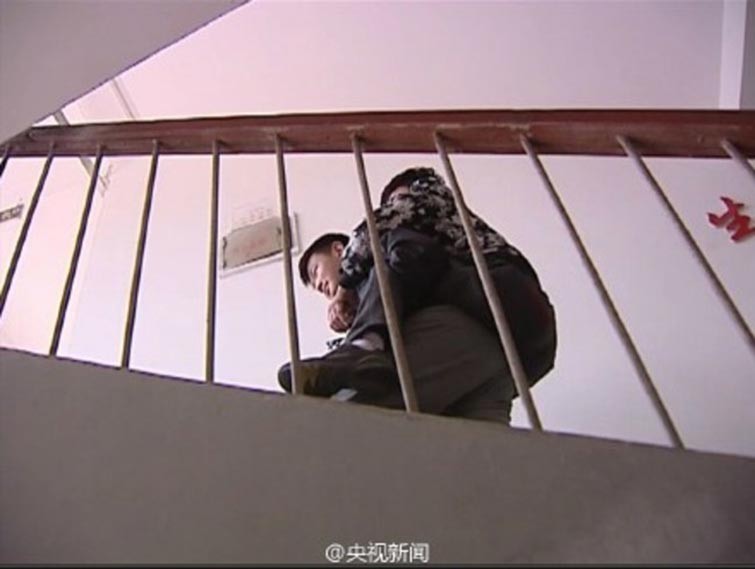 This kind of dedication is significant because ordinarily Zang would be among the 243,000 children who have disabilities in that country and cannot attend school due to insufficient facilities for such special children.