Seeing a man taming a lion in zoos and carnival shows is truly heart-pumping. Why not? It can be very risky because anytime this ‘king’ may lose temper and suddenly devour the tamer. If you think that this picture is already breathtaking, how about bonding and actually hugging a wild lion? Believe it or not, someone does and finds joy in this dreadful act. But, before concluding that the person who does it is totally out of his mind, you better continue reading. Who knows if you will actually be with him on his next pose in a lion’s den? 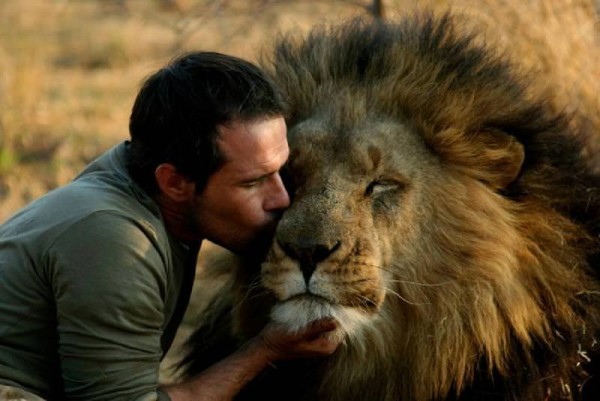 The world was shocked as photos of a man hugging and cuddling wild lions spread over the Internet. Who will ever dare of do such? This guy is no other than Kevin Richardson, a zoologist from South Africa. Kevin has been doing research on these African beasts for several years now. By looking at his pictures, you can even say that these animals have already become his family. Many people proved that Kevin’s photos have no camera tricks. 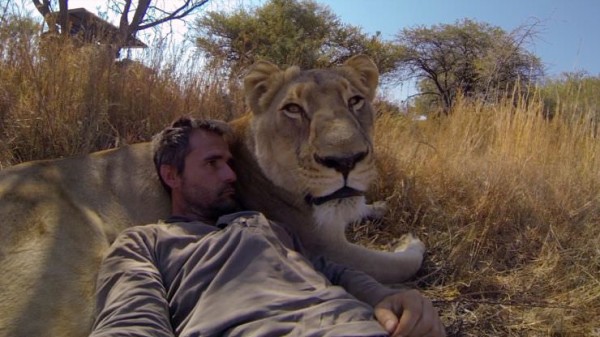 A group of adventure seekers in the savannah joined Mr. Richardson on his way to his ‘pets’. They got the chance to be with the wild cats in the closest possible distance with their jeep doors locked. And then Kevin confidently, even excitedly head his way to the lions. Just as the nerves of the jeepers rise to the highest peak, the guy even managed to call those enormous cats. Of course, the cats responded to his call and came to him. But, instead of being eaten, the lions gave him a loving wrap around their paws. It’s as if a member of their pride returned home. Then, Kevin responded with a big hug as well. Wow! Nobody has ever thought that these ferocious lions can be that gentle too. But their playful cuddle with the zoologist stated the unbelievable truth!

Without a doubt, Mr. Richardson absolutely defied the traditional idea that these animals can never get along with humans. In fact, the cats might actually feel orphaned without Kevin. 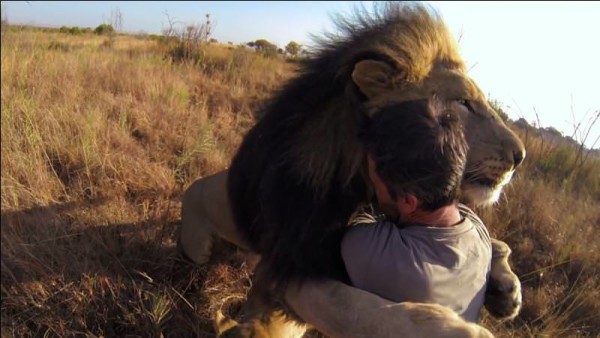 But, his aim is far from spreading thrilling photos. He has a deeper goal that concerns the welfare of these wild lions and the inhabitants of the region. His effort is primarily focused on how the problems in the African wildlife can be addressed. He aims at saving these creatures from being hunted, be endangered, and eventually get extinct. Over his years in the savannah, he has learned how to blend with these powerful cats. His daily bonding moment with them testified that they are actually playful rather than fearsome.

It’s only a matter of harmonious co-existence. This is the kind of thinking is that he also wants to impart to the people. To him, if humans can only learn how to interact with these lions, meaning no threats and force involved, everyone has the opportunity to enjoy a face-to-face cuddle with them. In this way, the negative views about these animals can be changed. 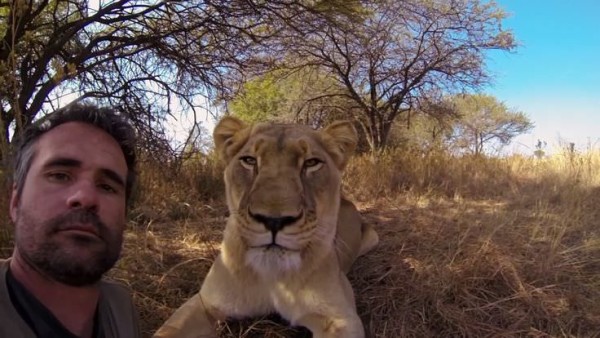