Archaeologists found something that they certainly weren’t expecting when they performed a CT scan and and endoscopy on this traditional Buddha statue from the eleventh or twelfth century. When researchers at the Netherlands-based meander medical Centre and Drents Museum in Amersfoot scanned the statue, they found that it contained the remains of a reputed Buddhist master of the Chinese meditation School. His name was Liuquan.

But this isn’t the most shocking discovery. The researchers expected, if not new, that there were remains of a body inside the statue-what they didn’t expect was that the organs, which had been removed prior to mummification, had been replaced by rolls of Chinese writing.

If you want to see the mummy for yourself, you can now go and see it at the Hungarian Natural History Museum. (h/t: Robs Webstek, Neatorama, Creators Project) 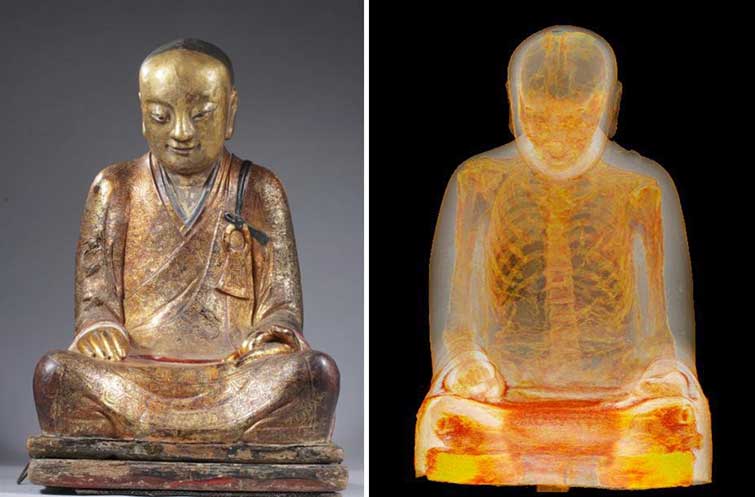 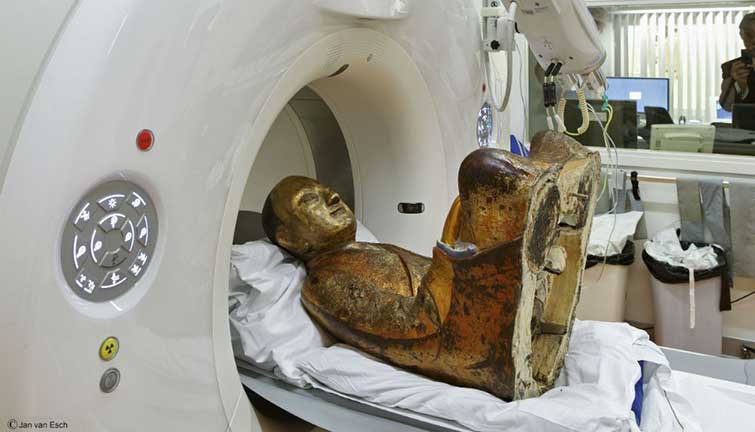