Astro the horse and its owner Nicole Graham are from Melbourne, Australia. One day, they went on a trip, to have some good time together. However they have found themselves in a terrible situation that they probably don’t want to remember 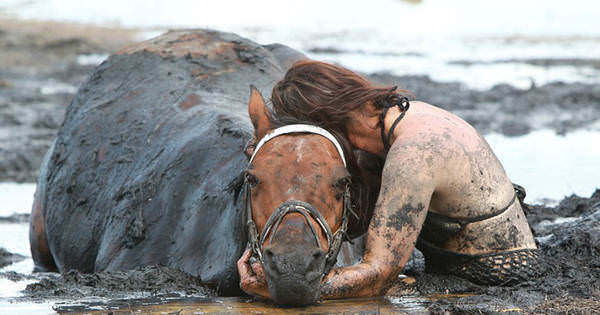 A Nightmare of Three Hours

Both Nicole and Astro were stuck in a quicksand, they waited there for three hours, drowning slowly, it must have been an experience beyond words.  They were terrified but very brave. What they did would be impossible for most of the people. 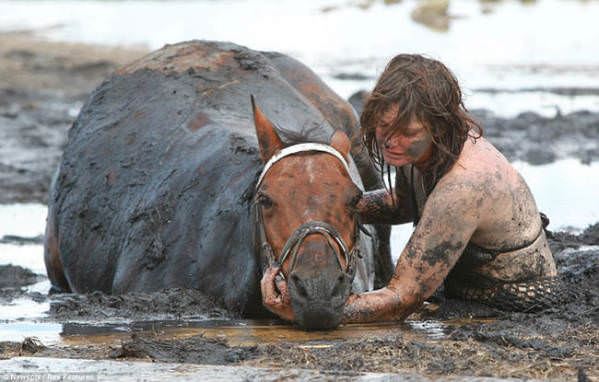 Astro, who is a eighteen year old beautiful horse, is more than one 1,000 pounds in weight. This means that whatever Nicole did in order to save Astro from the mud just caused Astro to go deeper. No doubt Nicole didn’t want to leave her brown friend in there. 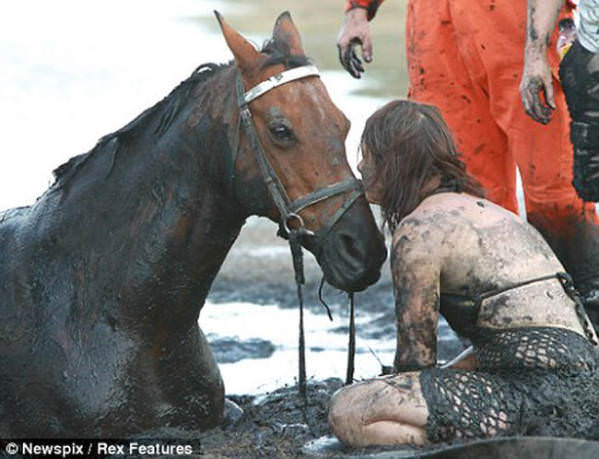 Witnesses to what was happening immediately called the firemen for help. After they arrived at the location, they first rescued Nicole which was far more easy than rescuing the poor Astro. Then it was the horse’s turn which didn’t seem to be easy. 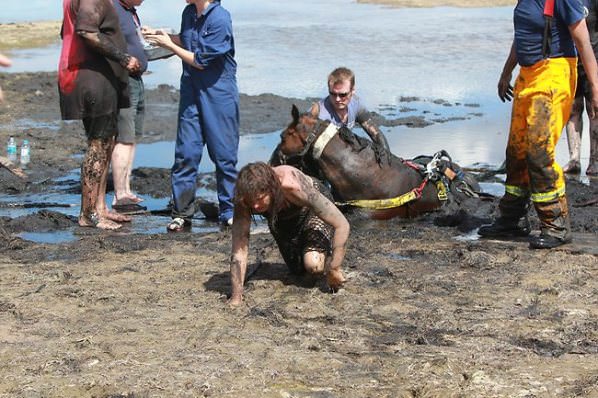 Hang in There Astro!

Instinctively, Astro was attempting ambitiously to save himself as he was feeling the pull from the mud which was not good. Astro was sedated for his own sake. 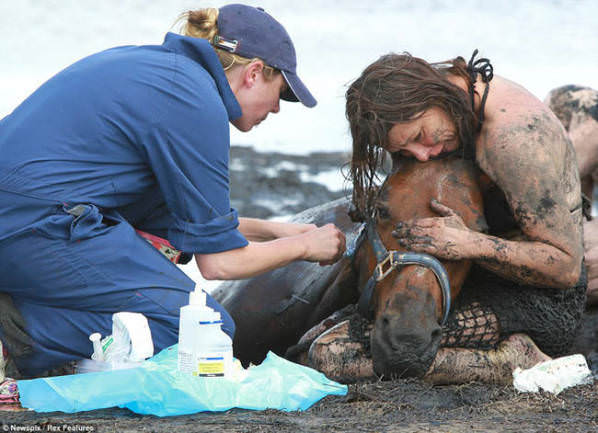