Something crazy recently occurred in New York. Something creative and yet ridiculous at the same time. In Squarespace’s New York offices, workers (who were not at all procrastinating) found themselves using random office items to help each other recreate Michelangelo’s famous painting, “Creation of Adam.” Because they realized they’d found their hidden talent, employees Francesco Fragomeni and Chris Limbrick decided that they would continue their new found hobby and recreate even more famous paintings. The project took on a life of its own – and even won a name of its own – “Fools Do Art.” Whilst they might’ve thought themselves fools, clearly not everyone did – soon not only were their co-workers joining in on the game, but they actually started receiving submissions from other people on a global scale. Now, the game exists for everyone to play – providing you can find the right equipment in your office, and you don’t use anything more powerful than a phone to manipulate the images. More info: foolsdoart.com | Tumblr | Instagram (h/t: modernmet)

“The Girl with the Pearl Earring” by Johannes Vermeer, 1665 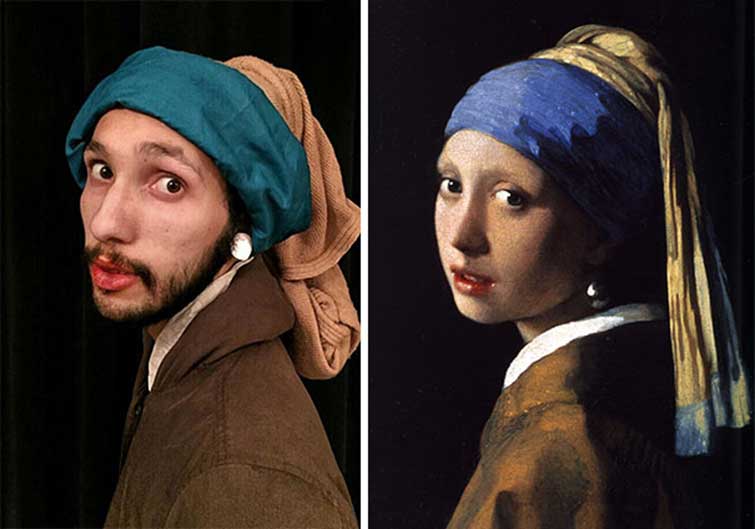 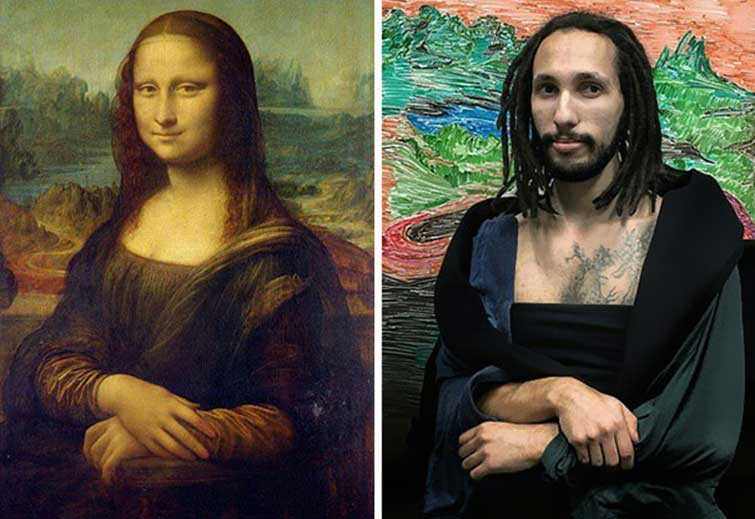 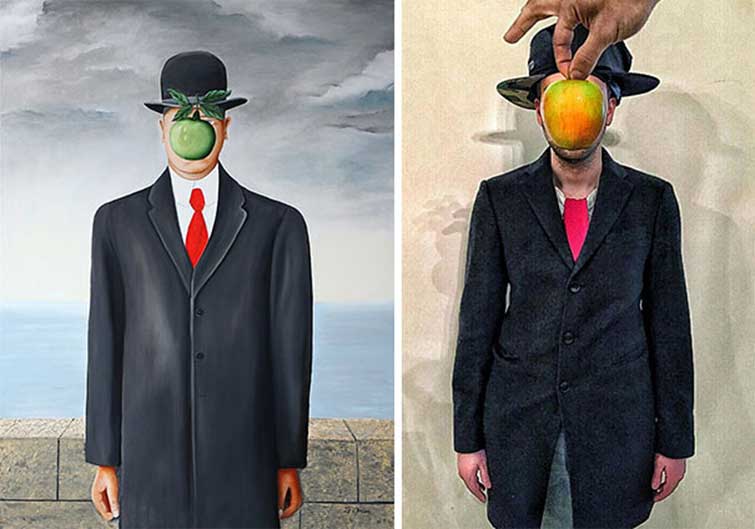 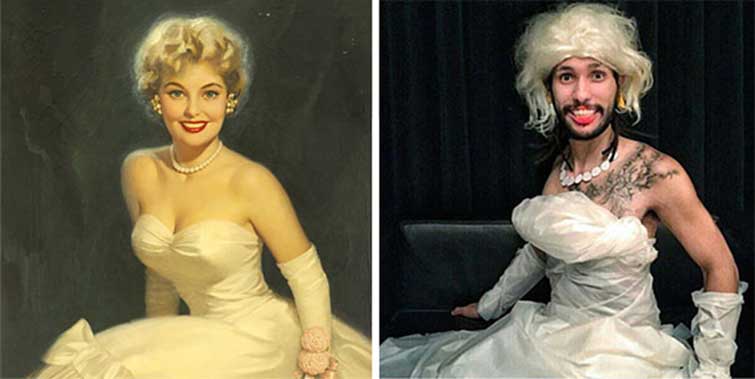 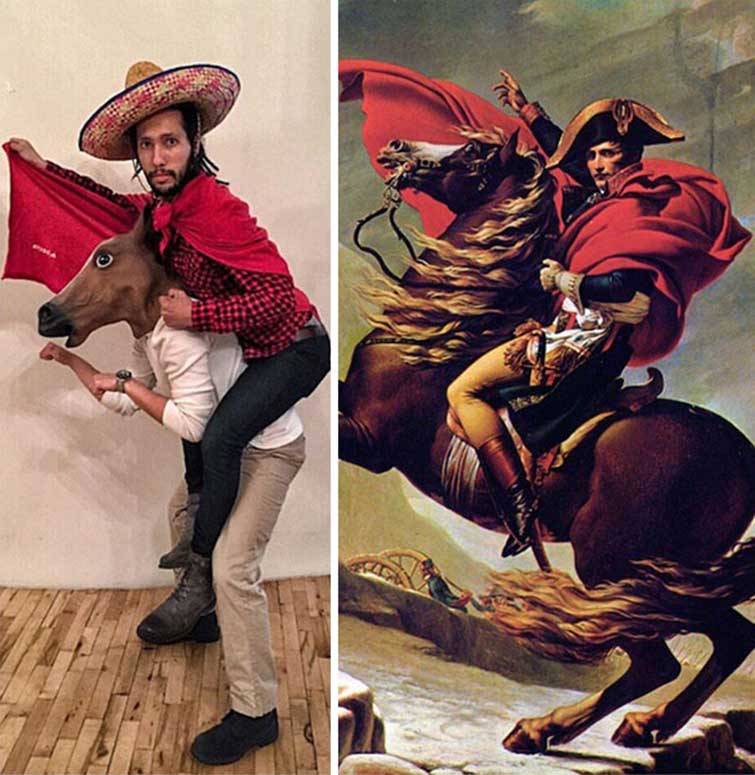 “Christ’s Appearance to Mary Magdalene After the Resurrection” by Alexander Ivanov, 1835 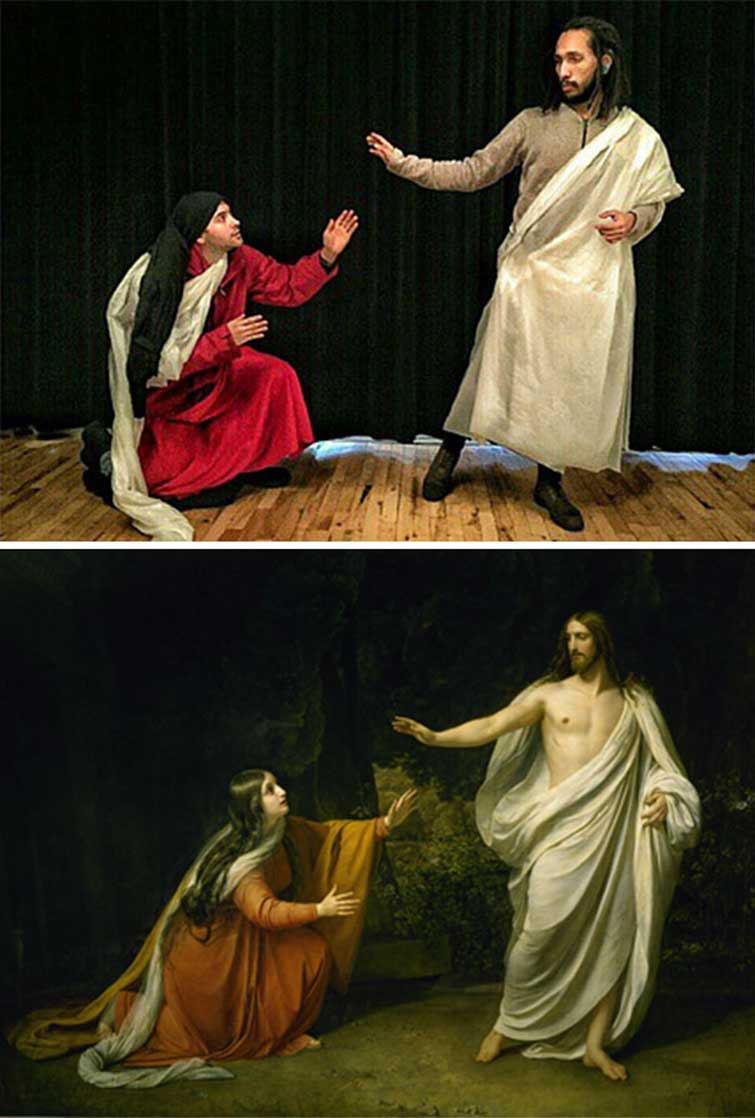 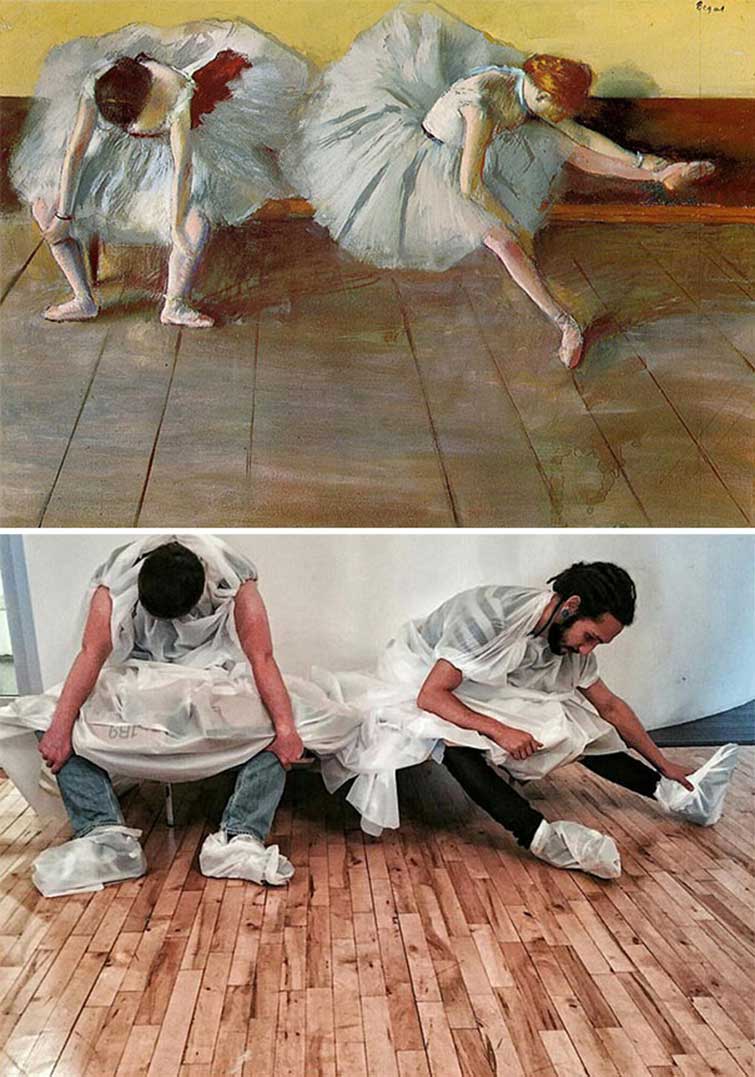 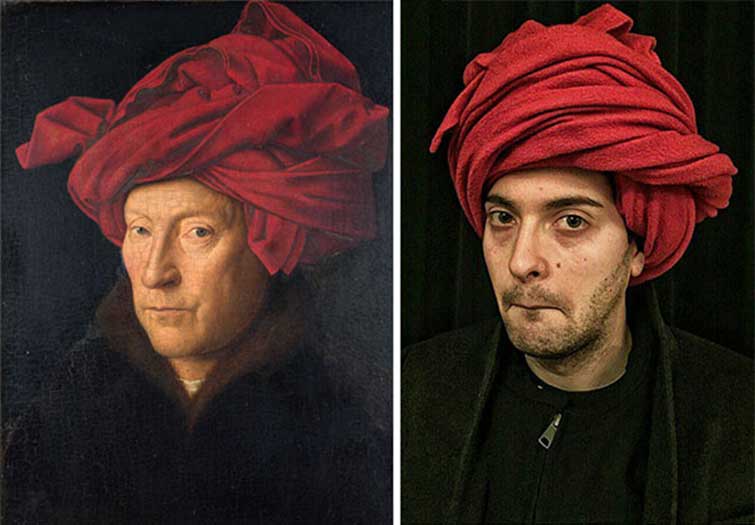