BMW Isetta — a rare, egg-shaped cruiser with rounded, bubble-like windows. a sensation when first issued, the entire front end of the Isetta is on a hinge — drivers and passengers hop inside via a single, swinging front door.

The Isetta only has a top speed of 53 mph. But achieves an impressive 80 mpg. The most iconic feature of course!!!… The “refrigerator door.” BMW’s Isetta was built on a license from an Italian automaker. Today, it’s the most popular microcar to collect. BMW produced over 160,000 Isettas from 1955 to 1962. 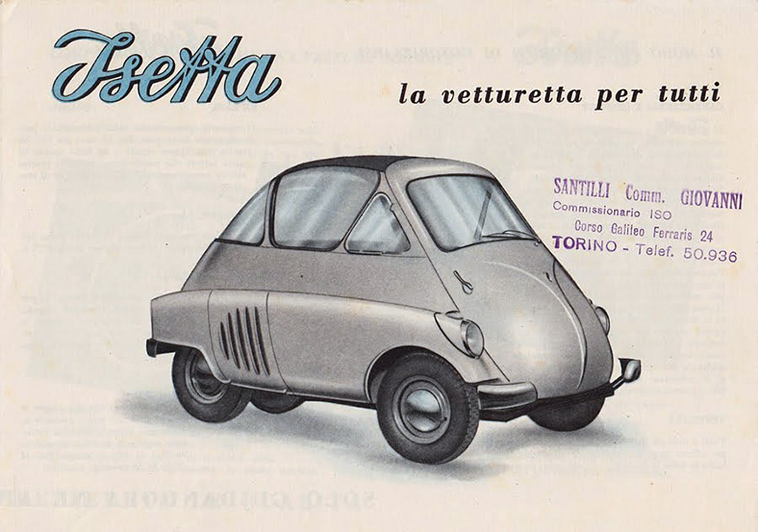 The early Fifties were a truly unique period in the history of automotive design. Europe was eager to leave the tragedy of the Second World War behind and to celebrate, also though new individual forms of mobility, its newfound peace.

Time was ripe; the rebuilding of cities and productive infrastructures was slowly improving people’s economic conditions, thus paving the way for the mushrooming of the private mobility that will mark the following decades.

Among the industrialists who saw opportunities in that situation, there was also an Italian engineer, Renzo Rivolta, – whose company, Iso Rivolta Spa, was manufacturing scooters and motorcycles – who thought it was time to produce a new type of automobile as small as possible.

An advertising picture showing the peculiar door and steering wheel swinging system of the Iso Isetta. 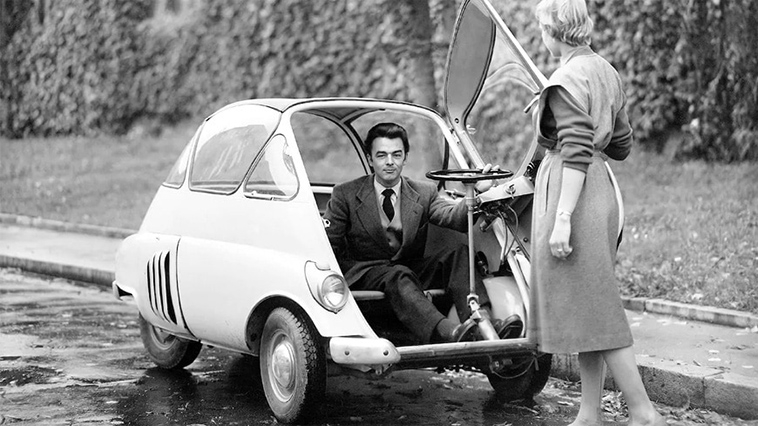 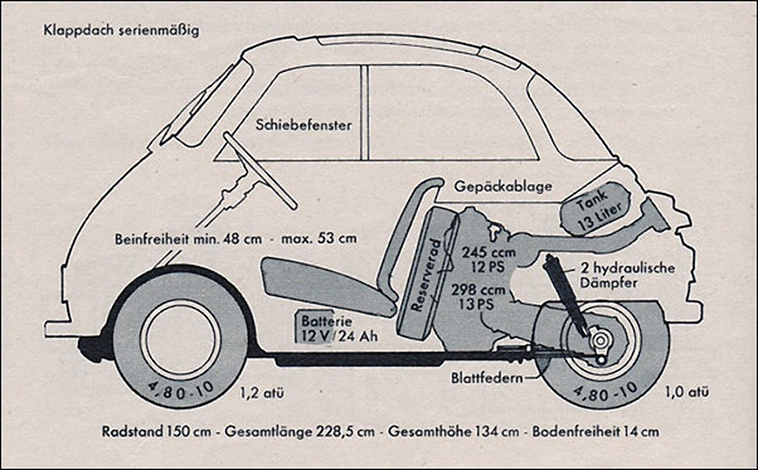 It’s commonly known as the tiny and rotund ‘bubble car’, as-built between 1955 and 1962. At one time, the BMW Isetta was the best-selling single-cylinder engined car in the world, with 161,728 examples sold overall, and the model is the first British-built BMW ever made (in Brighton), from 1957 onwards.

The Isetta (almost) fulfilled a need in post-war mainland Europe for minimalist and affordable transportation, with Italian domestic white goods maker Renzo Rivolta’s ISO business creating the Isetta, and building it between 1953-58.

An advertising picture of the BMW Isetta 250 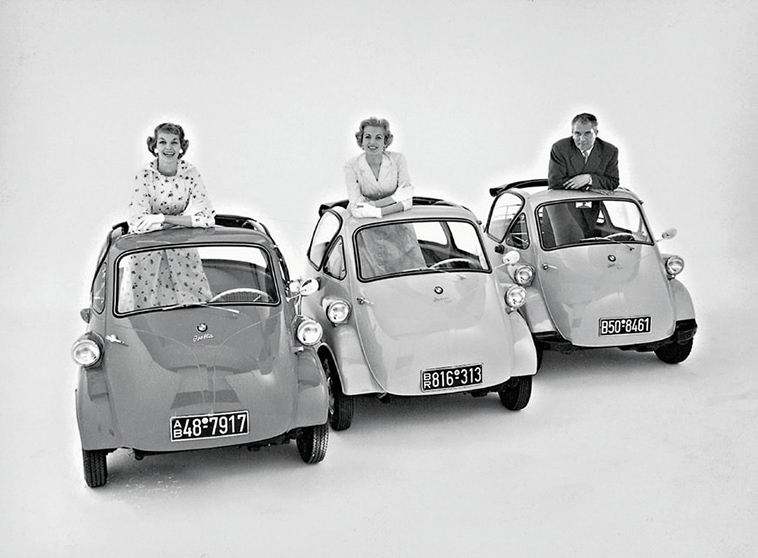 Cary Grant on the Isetta 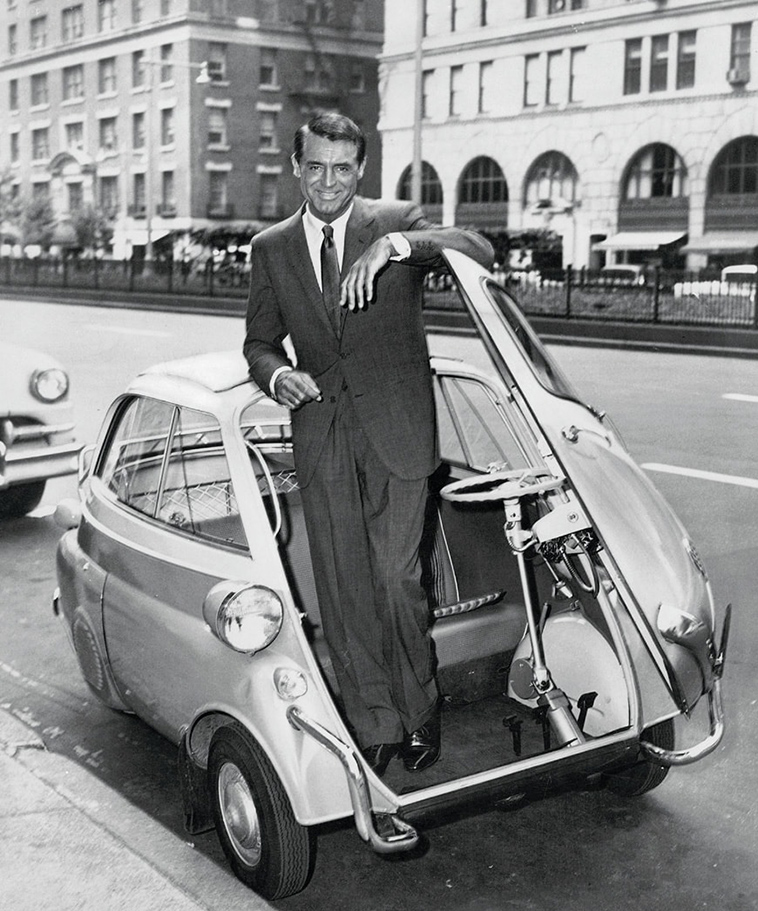 A cutout drawing of the BMW Isetta 250 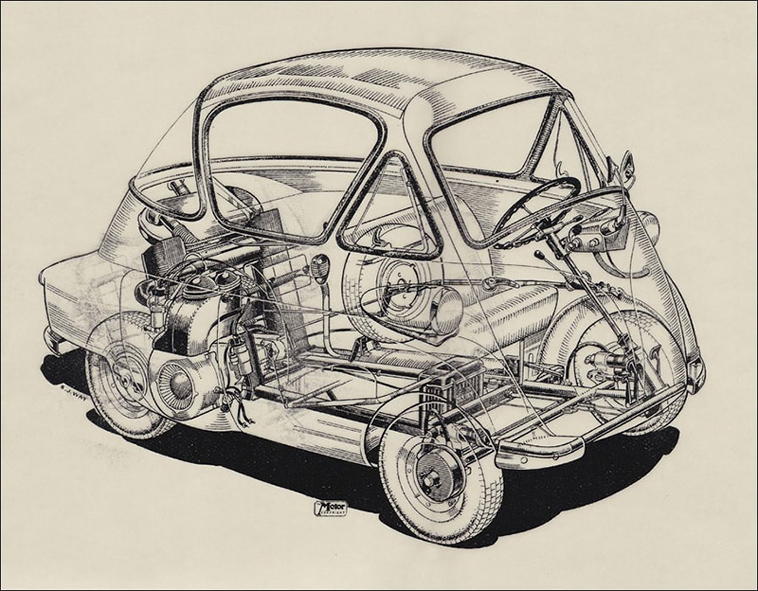 Despite its small size, in the Fifties, the Isetta was intended as a family car 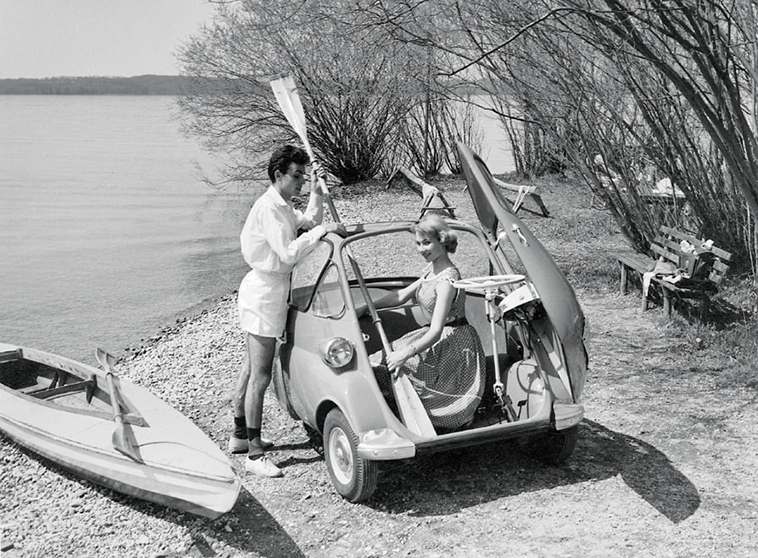 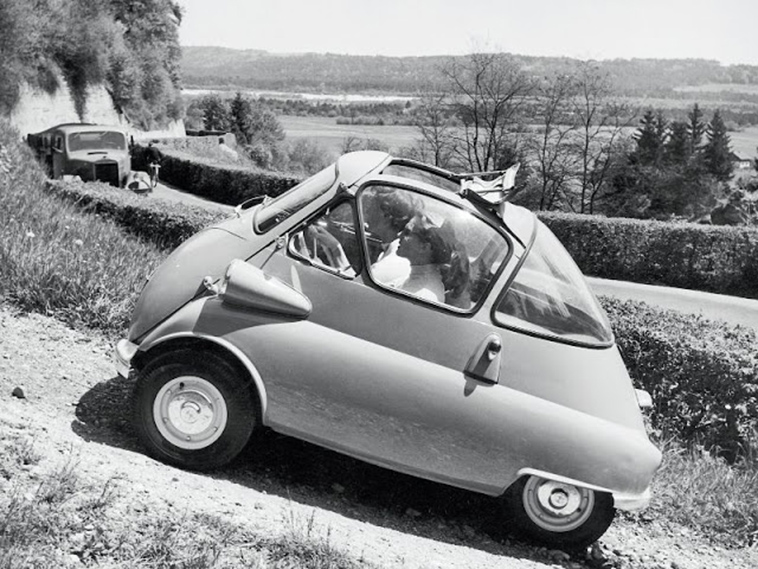 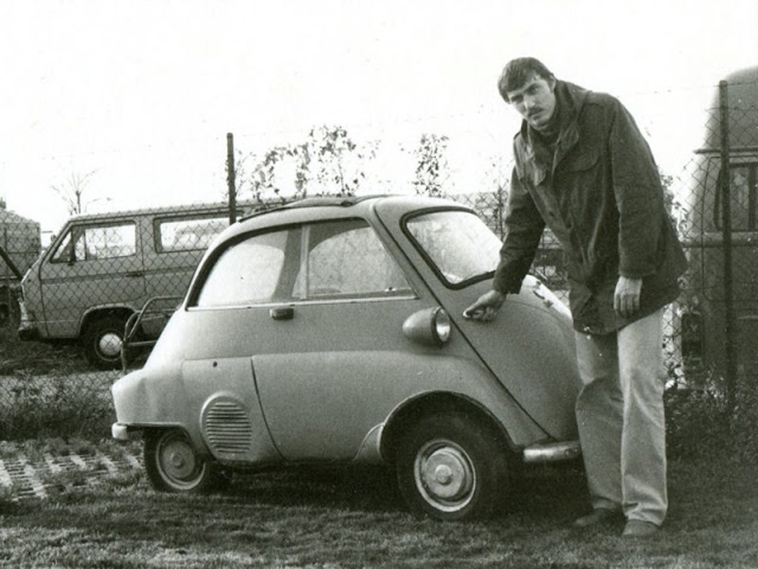 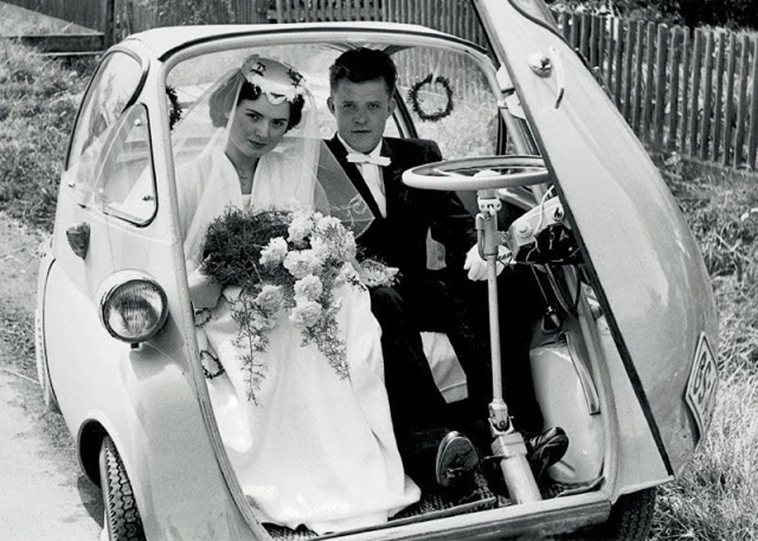 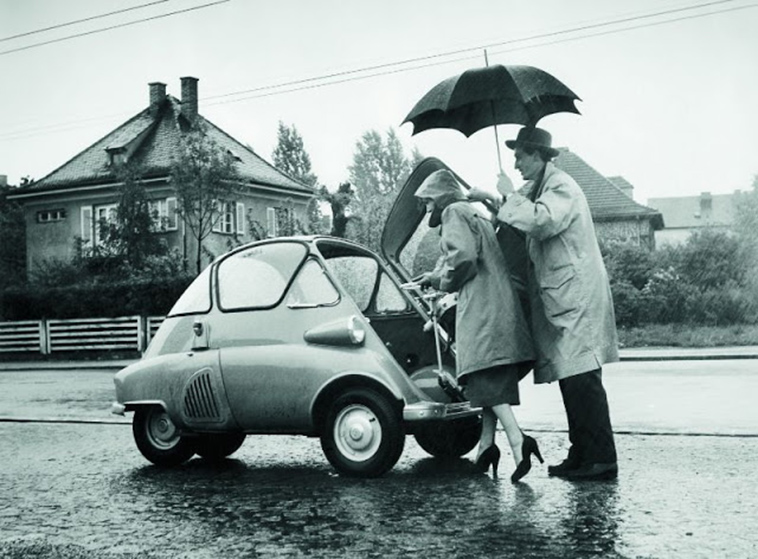