Banksy carries quite the reputation in Bristol, having rose to prominence in the city as an underground artist. Many of his works originated here, and you will find that some of his most iconic works have graced the walls and buildings of Bristol.

Bristol-based Bridge Farm Primary School decided to honour the local street artist by including his name on the shortlist of titles for renaming the school houses, with Banksy being chosen as one of the winners alongside Brunel, Blackbeard and Cabot.

What they might not have expected was to receive a thank you from the artist himself in the shape of a brand new mural. The students found the new piece of art on the building sharing the namesake of Banksy after returning from their half-term holiday, and the image showcases a stick-like drawing of a child playing with a stick and hoop – with the hoop being represented by a massive burning tyre.

It also came with a typically hilarious letter from the artist himself, which read:

“Dear Bridge Farm School, thanks for your letter and naming a house after me. Please have a picture, and if you don’t like it, feel free to add stuff. I’m sure the teachers won’t mind. Remember, it’s always easier to get forgiveness than permission. Much love, Banksy.” 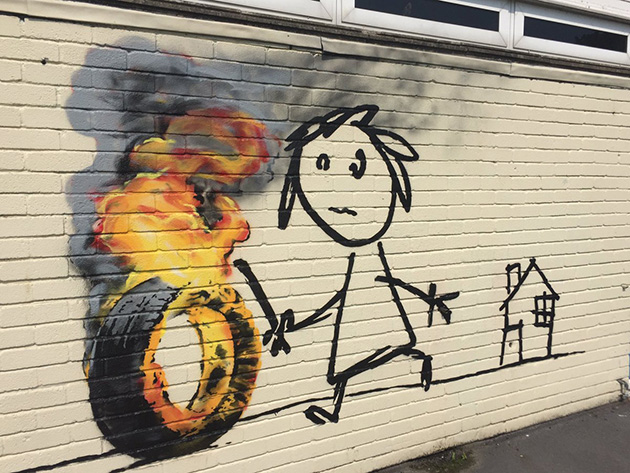 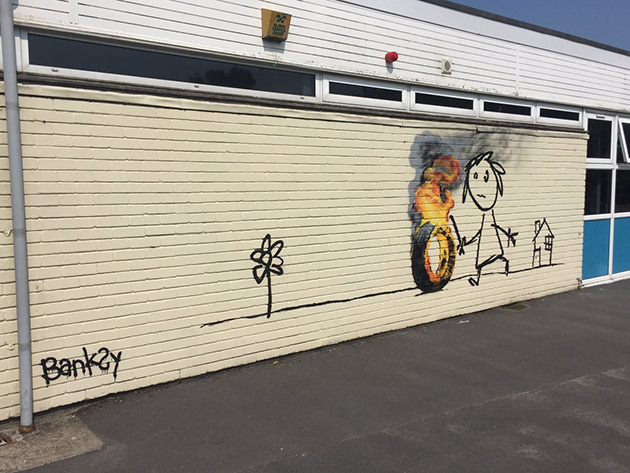 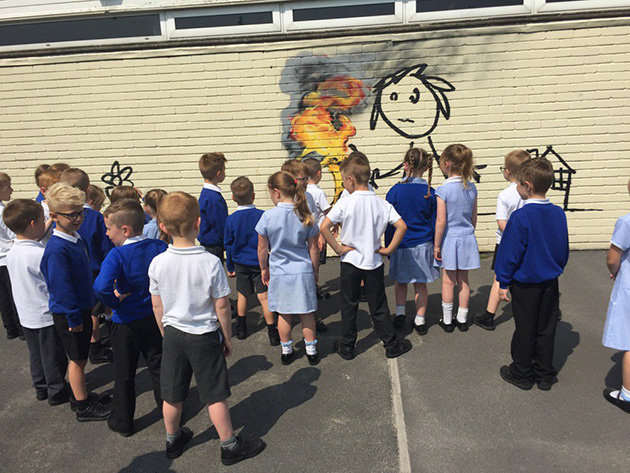 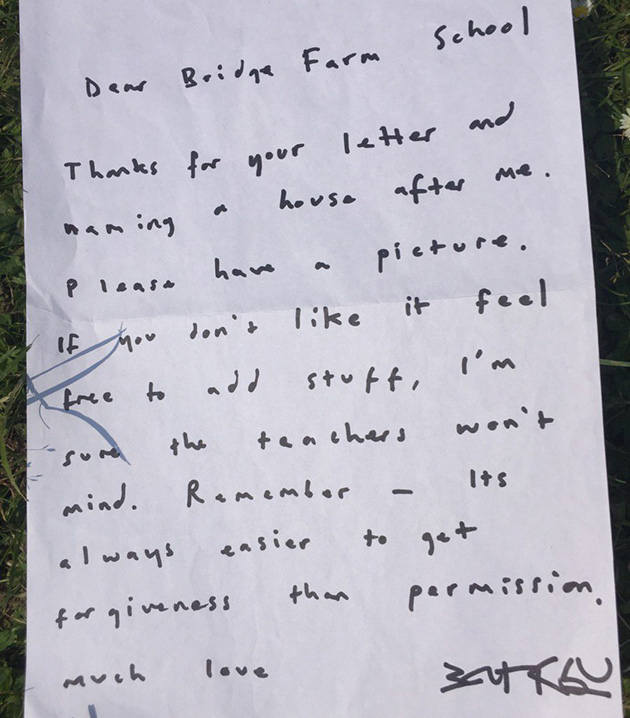 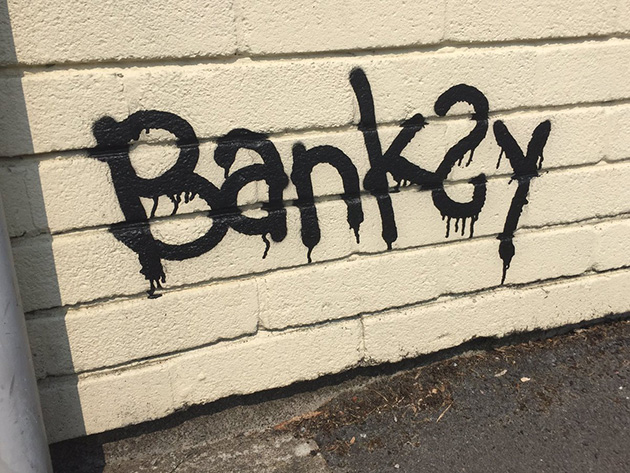