King Power Mahanakhon, formerly known as MahaNakhon, is a mixed-use skyscraper in the Silom/Sathon central business district of Bangkok, Thailand. It was opened in December 2016. It features the unconventional appearance of a glass curtain walled square tower with a cuboid-surfaced spiral cut into the side of the building.

The architecture of the building is based on an international styling by Buro Ole Scheeren and the building is known as MahaNakhon. Located in the Silom Sathan region of the capital, it definitely looks stunning from any angle and is 314 meters tall, making it taller than the Eiffel Tower. It is the tallest building in the entire of Thailand, surpassing the previously tallest Baiyoke Tower II, which stood 304 meters tall. This building has 77 floors and has residential space and commercial space as well, which include bars, retails, restaurants, and a watchtower to catch the view from above. 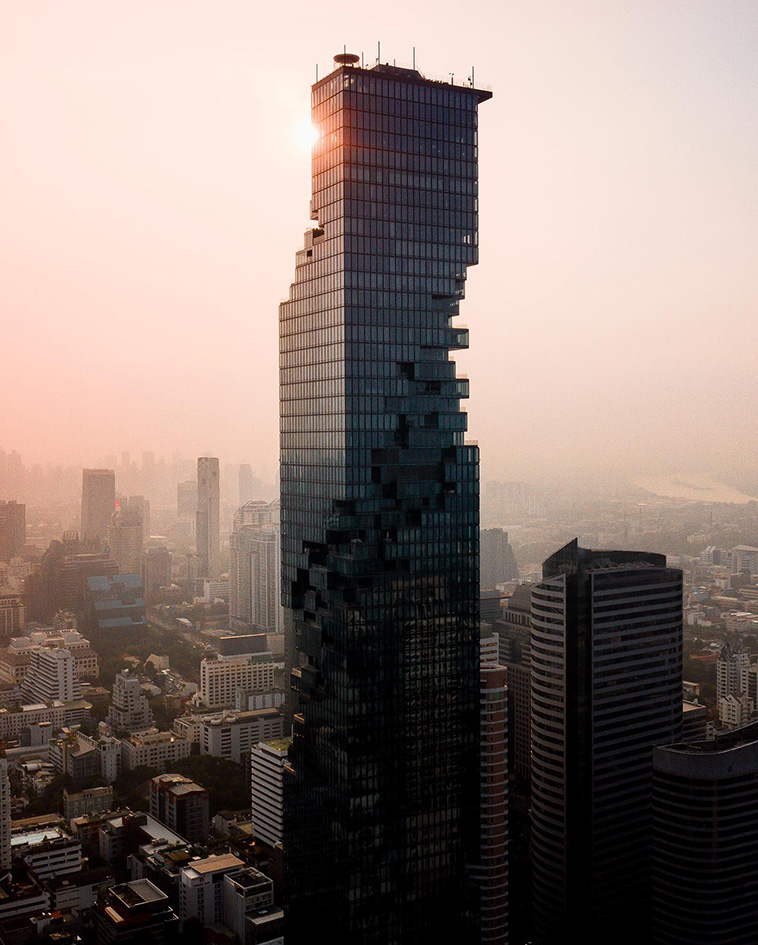 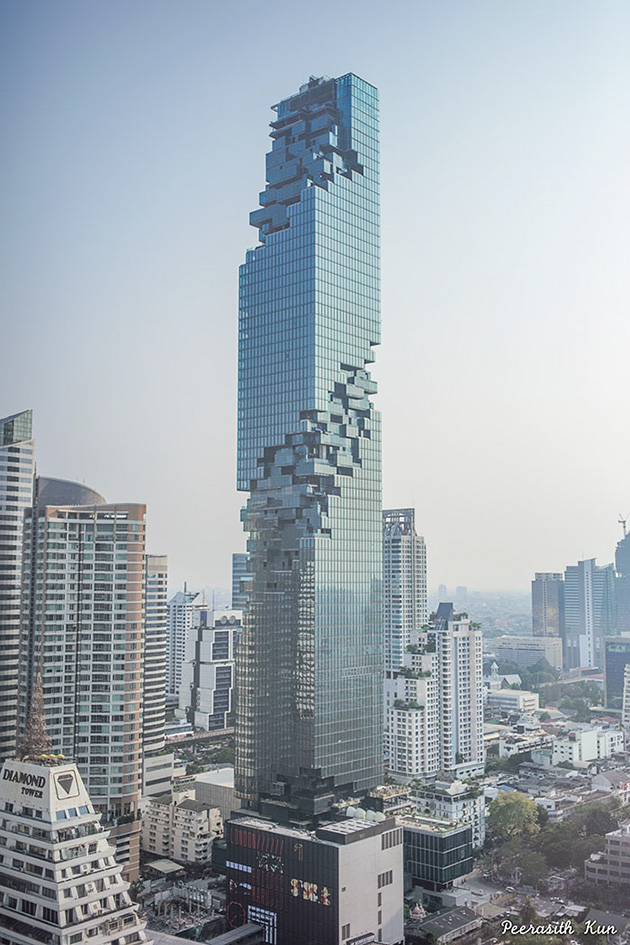 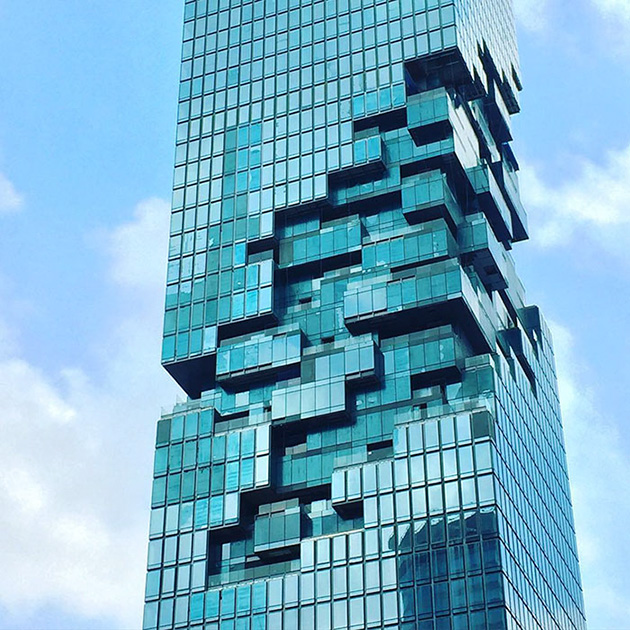 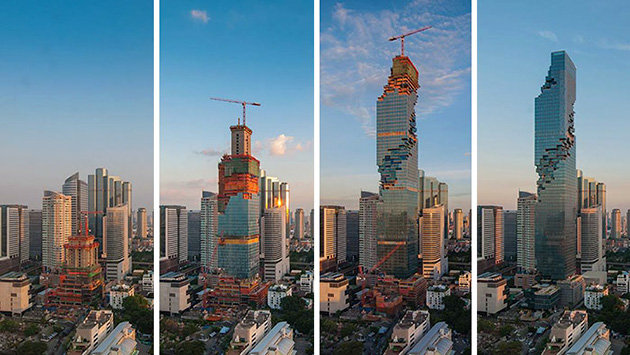 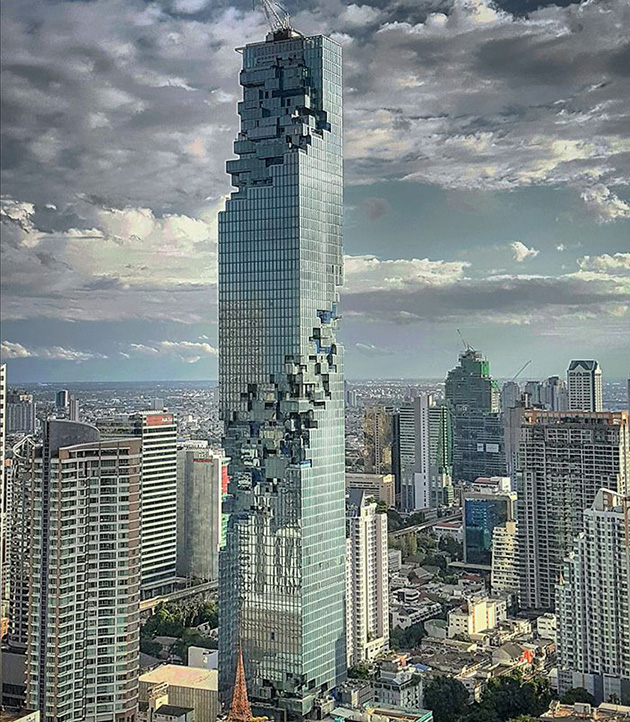 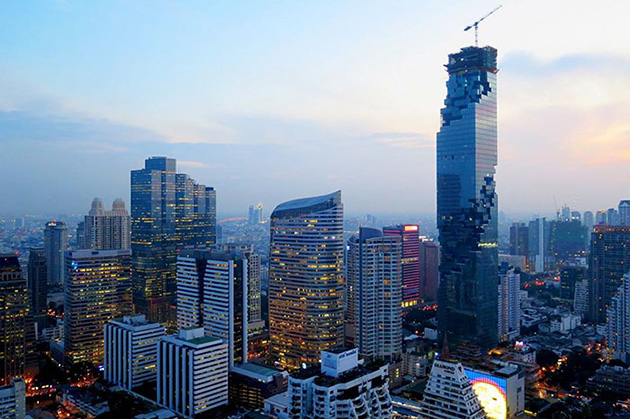 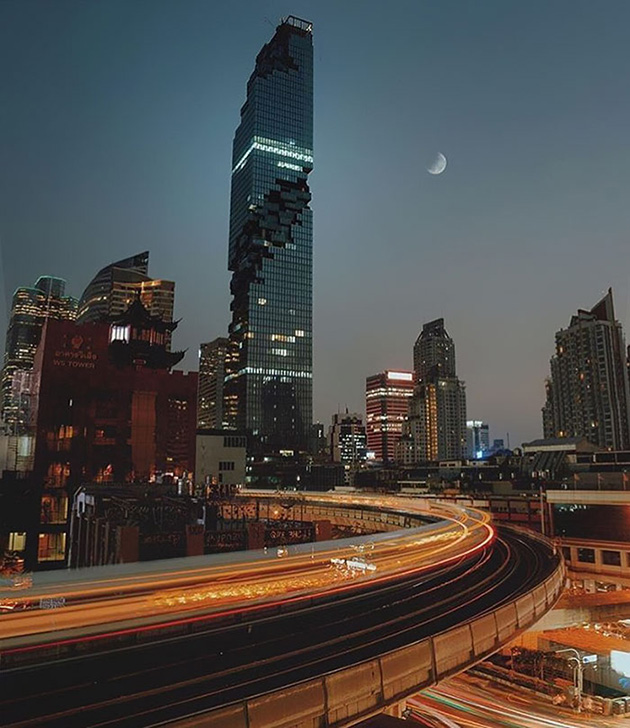 Watch the video for more info: 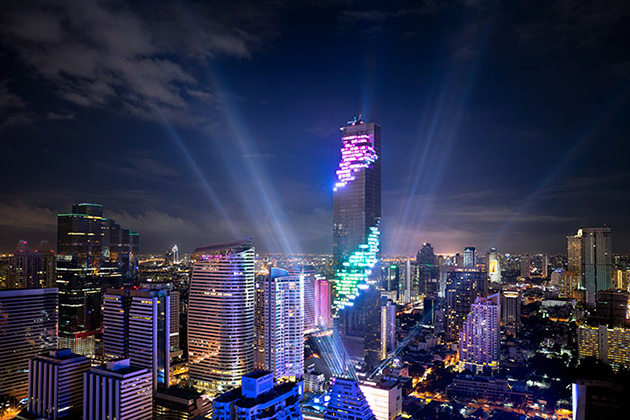