Babies and dogs can become great subjects for a photo shooting. They are always caught in the most incredible and adorable positions, and it is so much fun to take pictures of them. But when you are a photographer and a mother, and you have a forever smiling baby, plus a cute dog, the photo session turn into a real pleasure. Not to mention that the results are so incredible that the pictures will put a smile on everyone’s face. 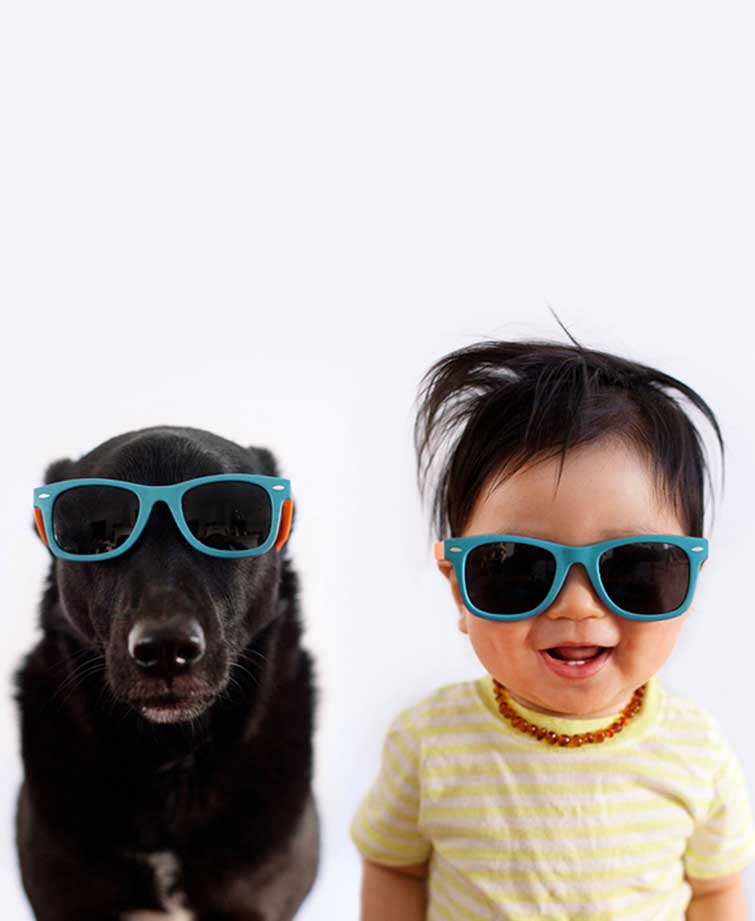 Grace Chong is a reputable photographer, used to catching lifestyles in her photos. She is also a major dog lover, constantly dressing up her dogs for photo shootings. Once she gave birth to her beautiful baby boy, Jasper, the attention of the camera turned towards him. Willing to take adorable pictures of her son, Grace started collecting all types of hats, which she used in the photo session. 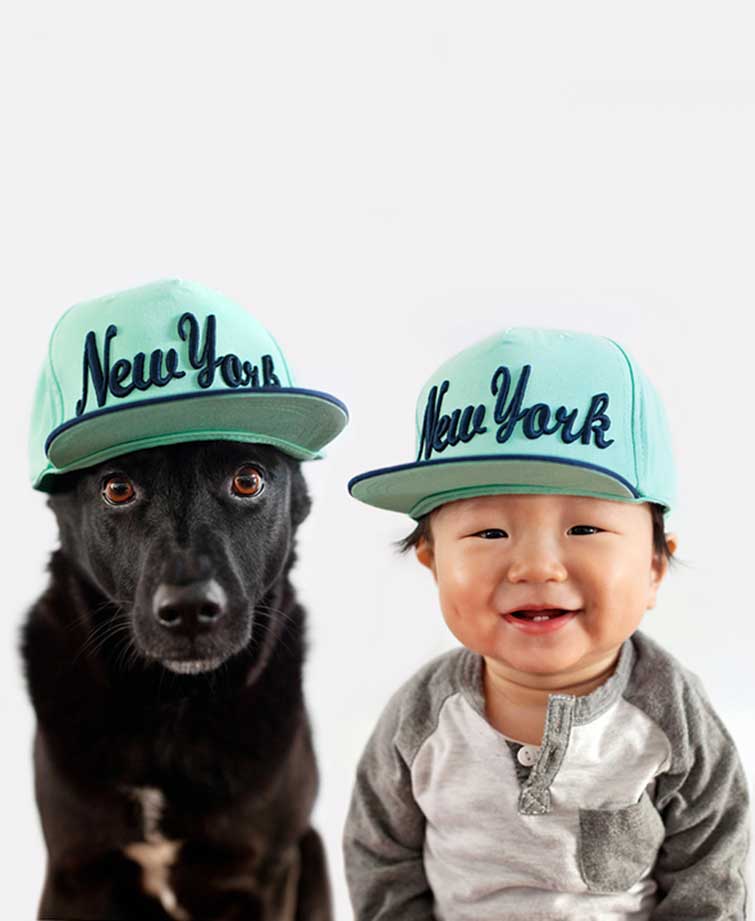 One day, she thought of trying one of those baby hats on Zoey, a rescue dog that was part of her family for some while. At that moment, she realized how cute the small hats look on her dog. And Grace’s sister came along with the idea of trying to put the two, Jasper and Zoey, to sit side by side in a photo. 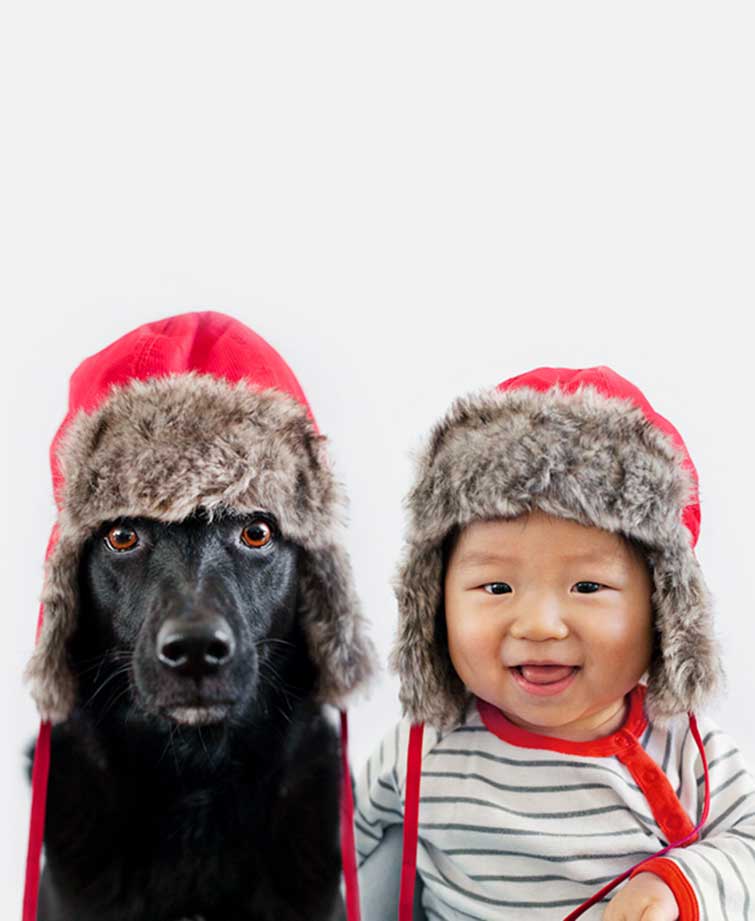 You probably think the trickiest part was to make the dog sit near the baby and vice versa. The truth is that they both enjoy taking pictures. Grace says Jasper is a happy baby, as he started smiling at the camera from day one. It isn’t very difficult for her to get him to smile because he recognizes the camera, and he will pose for it. Jasper is happy all the time, even when he is not posing, so these pictures do depict his natural state of mind. 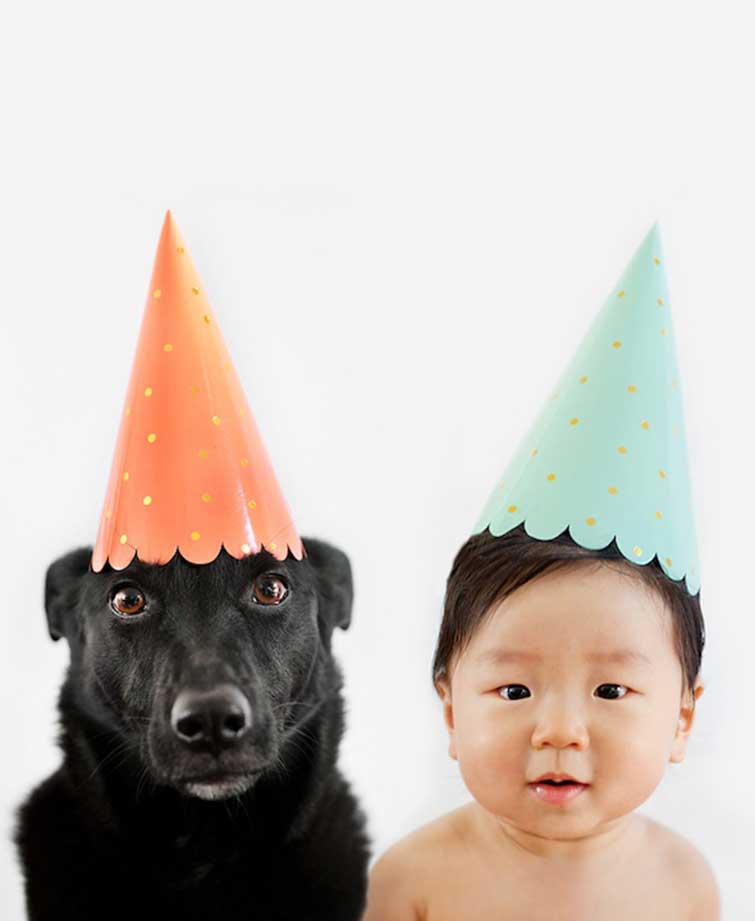 Zoey is also a great dog, considering that she is a rescued dog and experienced quite a rough start in life. A dog mother gave birth to a little of puppies in front of a shop, in Taiwan. When the shop owner noticed, he washes away all the puppies and their mother in a cesspool. The luck of the dogs was represented by a young schoolgirl, who saw the scene and decided to take the puppies back home with her, being followed all the way by the mother who didn’t want to abandon her offspring. The girl contacted the Animal Rescue of Taiwan, and they took and gave the little dogs for adoption. This is how Grace found Zoey, and she has been in the family even since then. Although, she is still a very shy dog and gets startled very easy. 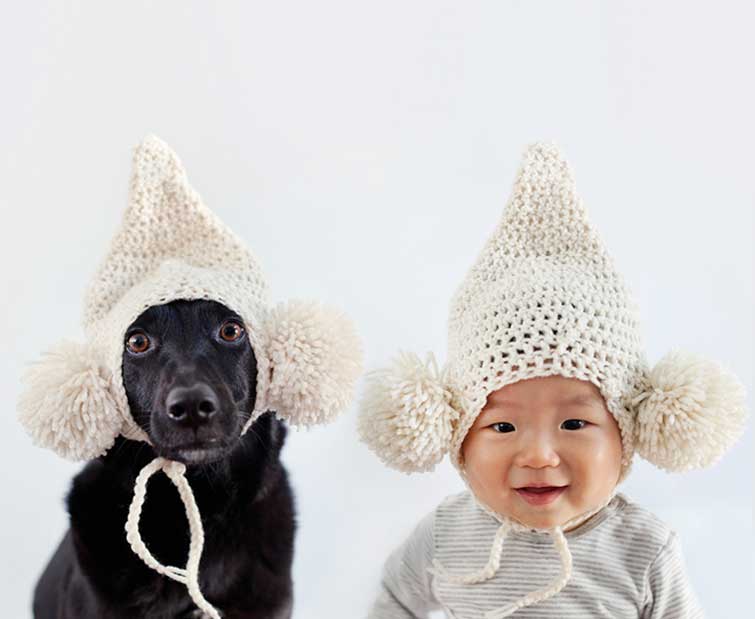 Grace had experience with photographing dogs, and she knew that treat are the method to make them pay attention. But Zoey did not need that, she happily accepted to be dressed up and sat quietly until the entire shooting was over. Not to mention that she had an instant chemistry with Jasper. So they make fantastic photos together, wearing the same amusing hats. Grace knows that Zoey does this with pleasure, because she jumps and dances of pleasure when she sees the outfits coming. It is the way she knows it is photo time. And to anyone’s amazing, these two adore so much being immortalized, that the entire photo shooting lasts for about 10 minutes. Then, it is off to playing and having a great time. The pictures lie as witnesses for this fantastic team, made out of Zoey and Jasper. 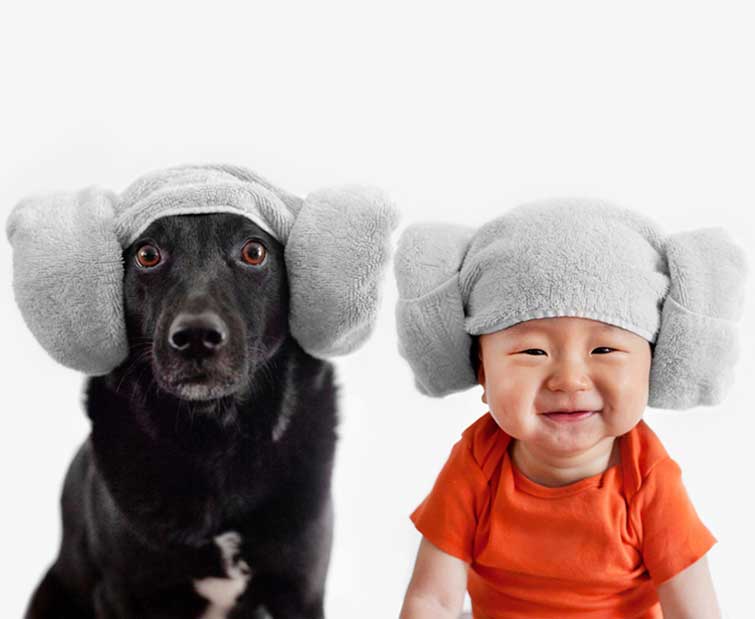 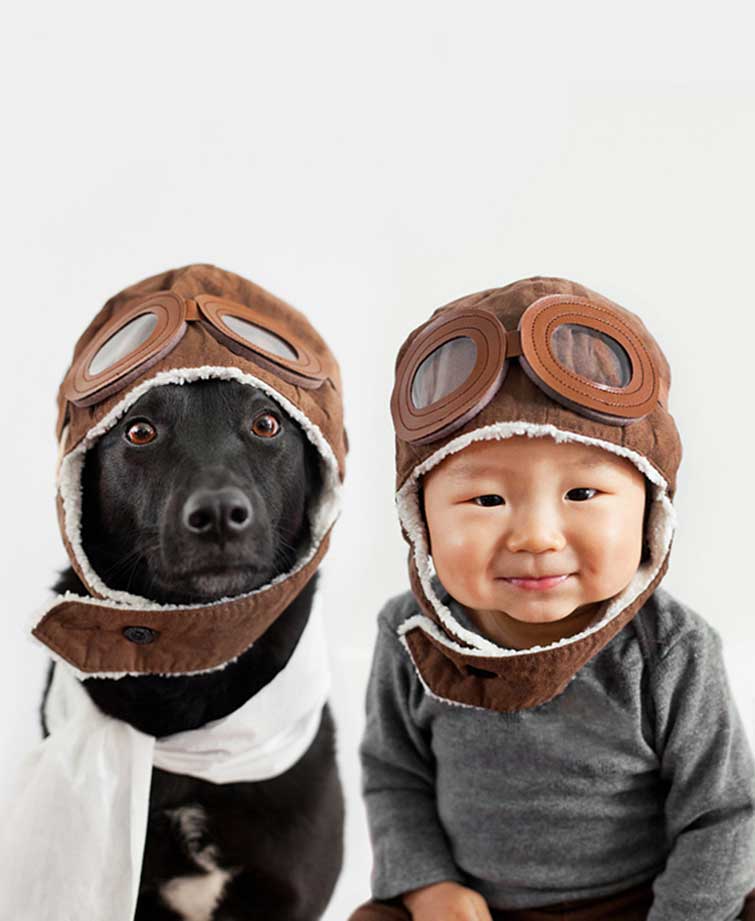 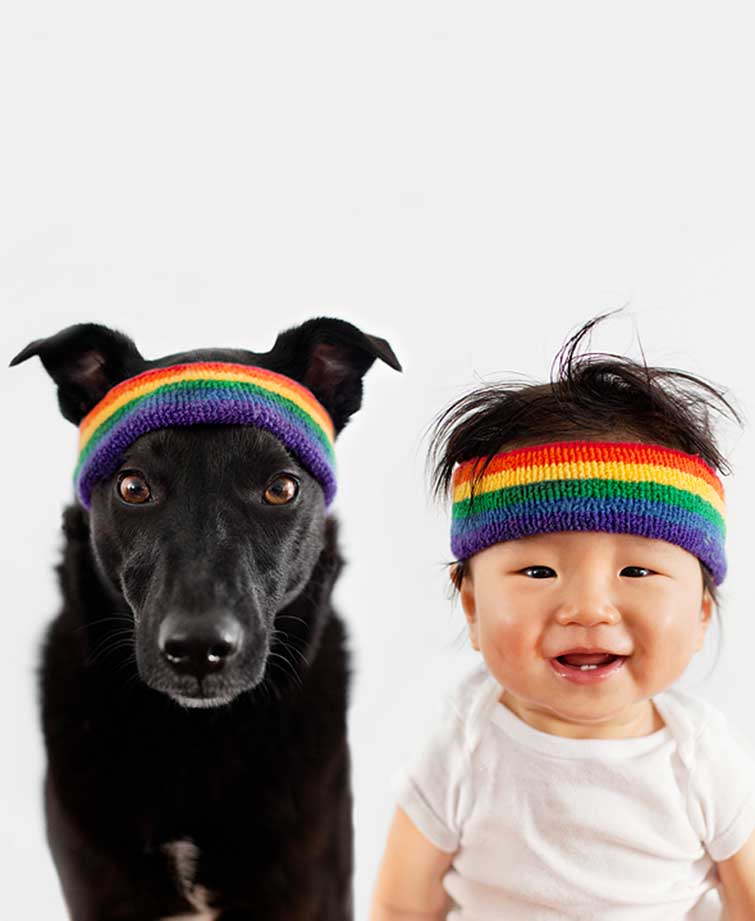