B.B. King passed away on Thursday at his Las Vegas home at the age of 89. 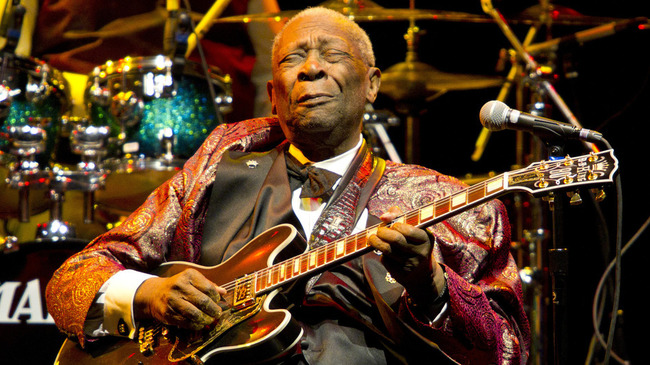 God bless BB King peace and love to his family Ringo and Barbarax?✌️??

BB King a dear friend and inspiration to me….

"The blues has lost its king, and America has lost a legend" —Obama on the passing of #BBKing: http://t.co/ASs9ovvWrf pic.twitter.com/JWAl3vsFPQ

Can't express how saddened I am to hear of the passing of B.B. King. A huge legend and inspiration, so thankful for him. Rest in Peace.

My friend and ledgend BB King passed.. I'm so so sad….he was so great to me… We've lost the King….. My love and prayers to his family.

When I heard B.B. King for the first time he was singing The Thrill Is Gone. The way he played & sang brought tears to my eyes. #RIPBBKing

What a brilliant man you were. One who will forever be noted as such an inspiration to millions globally, RIP #BBKing http://t.co/9G8NEYTmBT

Play a BB King song today & remember him! RIP Mr King & thanks for all the Great Music!!

It's 2:30am. I just found out BB King has left us. I am taking a shot. And I'll be blastin him tonight to ease my blues.

This morning, I come to you all with a heavy heart.

BB King was the greatest guy I ever met. The… https://t.co/HGk9zGdXDc