When it comes to luxury watches, there aren’t many around that compares to the breath-taking Midnight Planetarium. The beautiful design is inspired by our solar system, using it as the core concept of the watch.

Instead of the being traditional watch hands, there are semiprecious stones that represent six of the plants in the solar system. Each one rotates around the centre of the watches face, with another stone used to represent the sun.

The piece was designed and developed between Van Cleef & Arpels in a partnership alongside Dutch watchmaker Christiaan van der Klaauw. As unique, luxury watch it does come with quite the price tag – a whopping $245,000 to be precise! 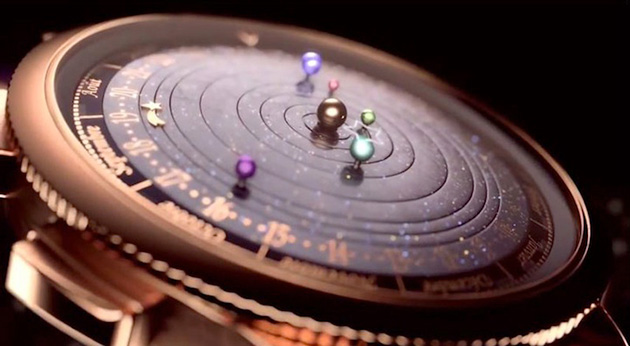 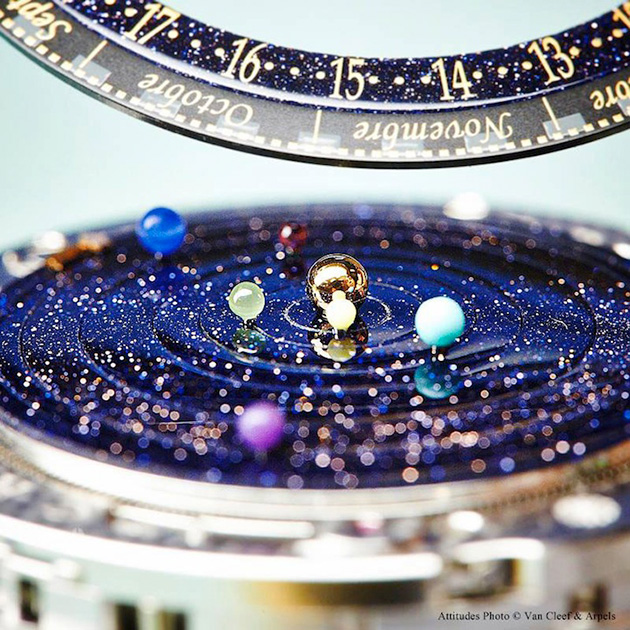 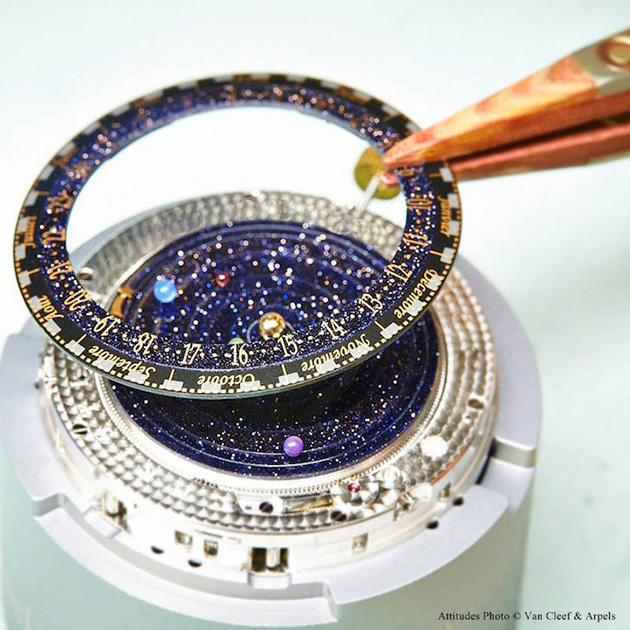 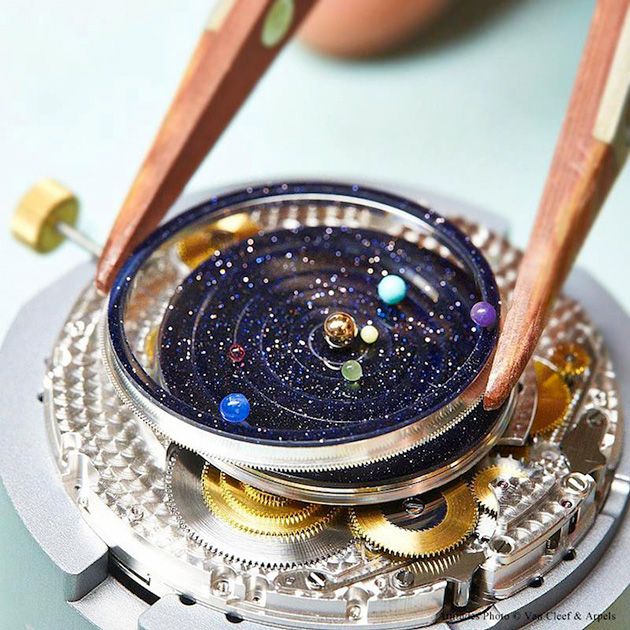 However, considering the incredible design, high quality materials used and the meticulous craftsmanship necessary to produce such a time piece, the price doesn’t seem too bad.

The stones are used to represent six of the eight planets, with serpentine use for Mars, chloromelanite for Venus turquoise for Earth, red jasper for Mars, blue agate for Jupiter and Saturn being represented by sugilite.

In-keeping with the cosmic theme, shooting stars represent the hours and minutes of the watch.

Each planet rotates entirely on its own and at the exact same pace as their real-life counterparts. For example, Mercury will make a full rotation around the watch in 88 days while Earth will complete a rotation in a calendar year. 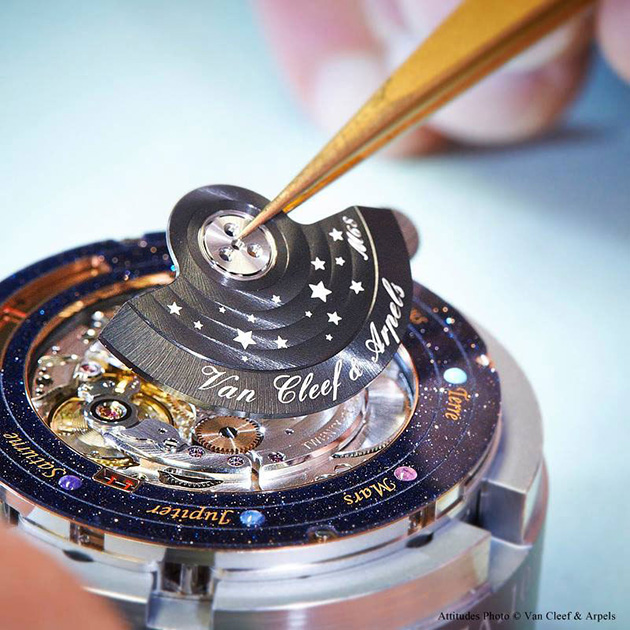 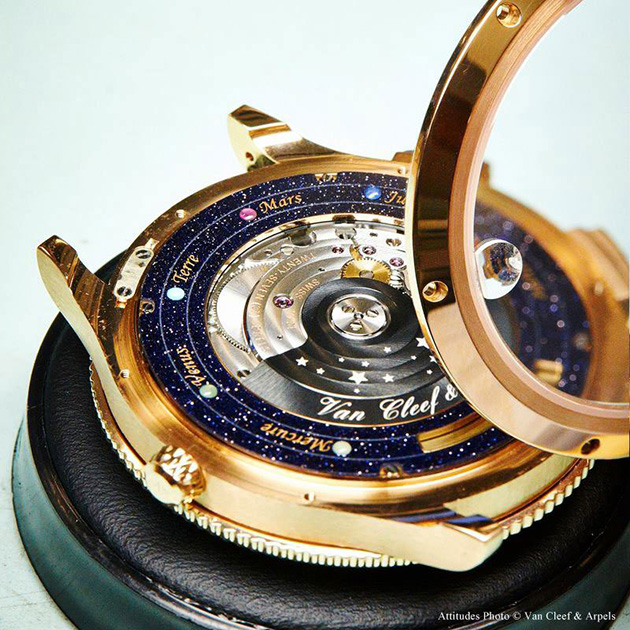 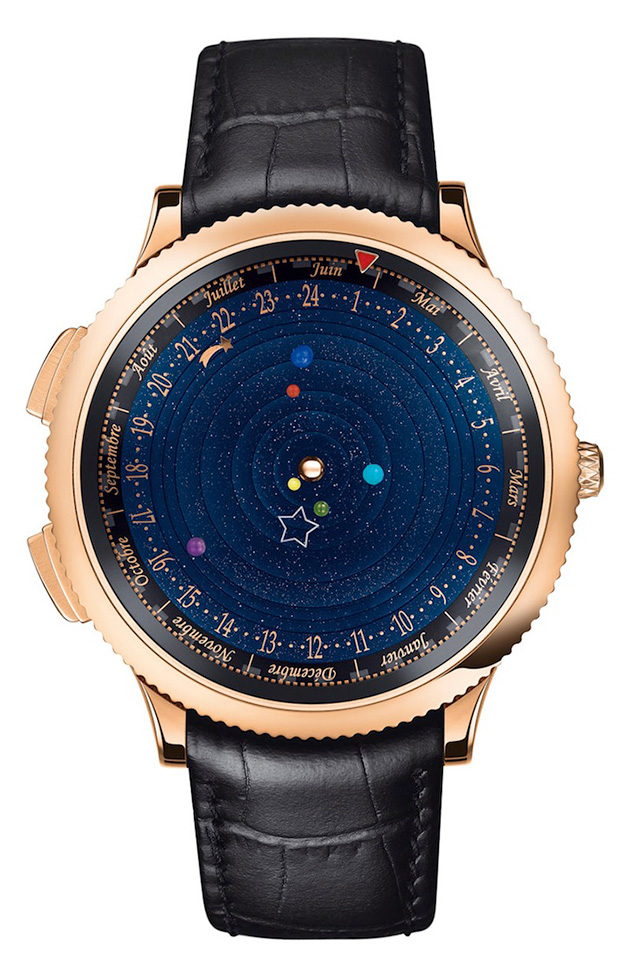