André René Roussimoff (1946 – 1993), best known as Andre the Giant, was a French professional wrestler and actor.

This wasn’t the only time André lifted Arnold in the air. Famous for always paying for his dinner parties (guests included), André caught Arnold Schwarzenegger trying to pay for his own dinner while shooting Conan the Destroyer. André picked Arnold up, deposited him back in his dining chair, and paid for the group’s meal. 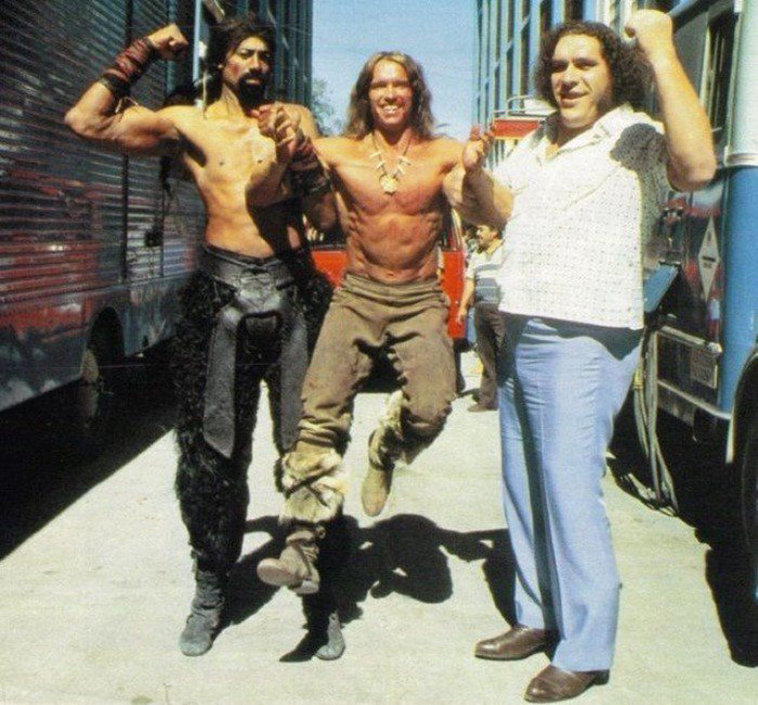 Roussimoff stood at over seven feet tall, which was a result of gigantism caused by excess growth hormone, and later resulted in acromegaly. It also led to his being called “The Eighth Wonder of the World”. He found success as a fan favorite throughout the 1970s and early 1980s, appearing as an attraction for various professional wrestling promotions. During the 1980s wrestling boom, he was paired with the villainous manager Bobby Heenan and feuded with Hulk Hogan in the World Wrestling Federation (WWF, now WWE). The two headlined WrestleMania III in 1987, and in 1988 he defeated Hogan to win the WWF World Heavyweight Championship, his sole world heavyweight championship, on the first episode of The Main Event. He also held the WWF Tag Team Championship before failing health forced him to retire in 1992. 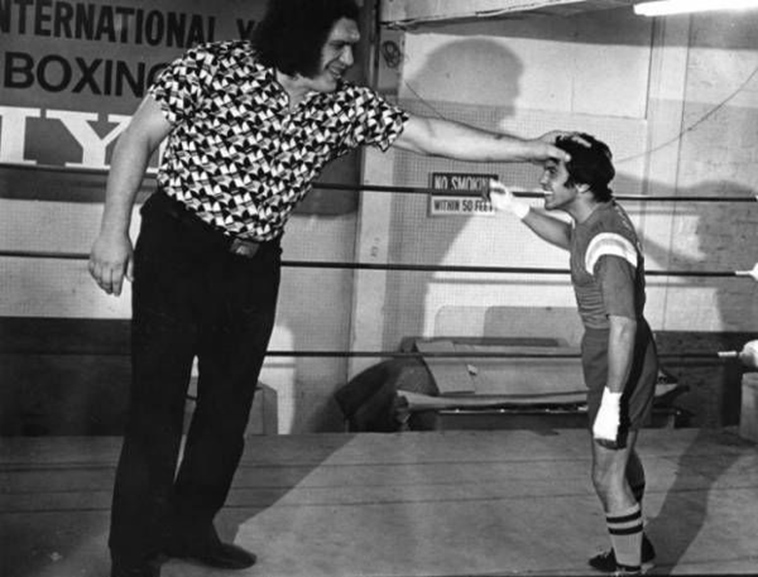 3. Referred to unofficially as the “greatest drunk on Earth,” André once allegedly drank over 150 beers in one sitting. 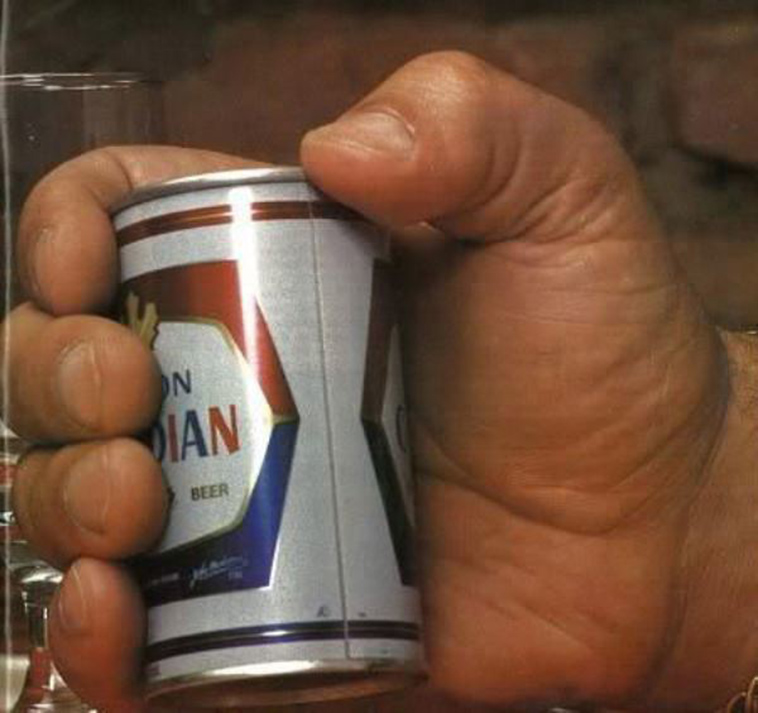 4. André’s size made most objects he interacted with look like toys. 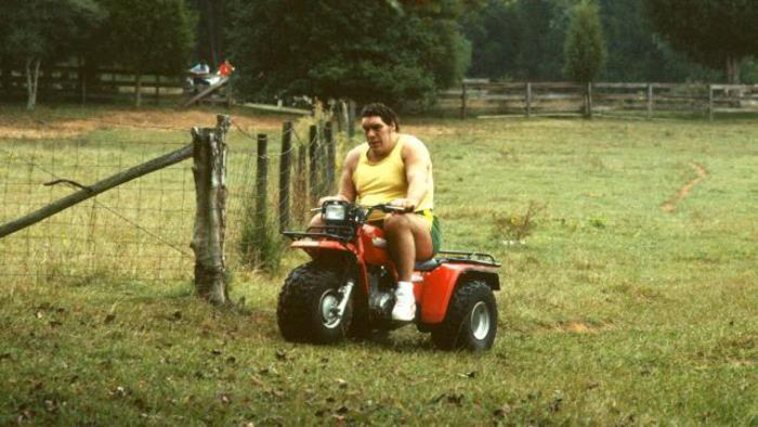 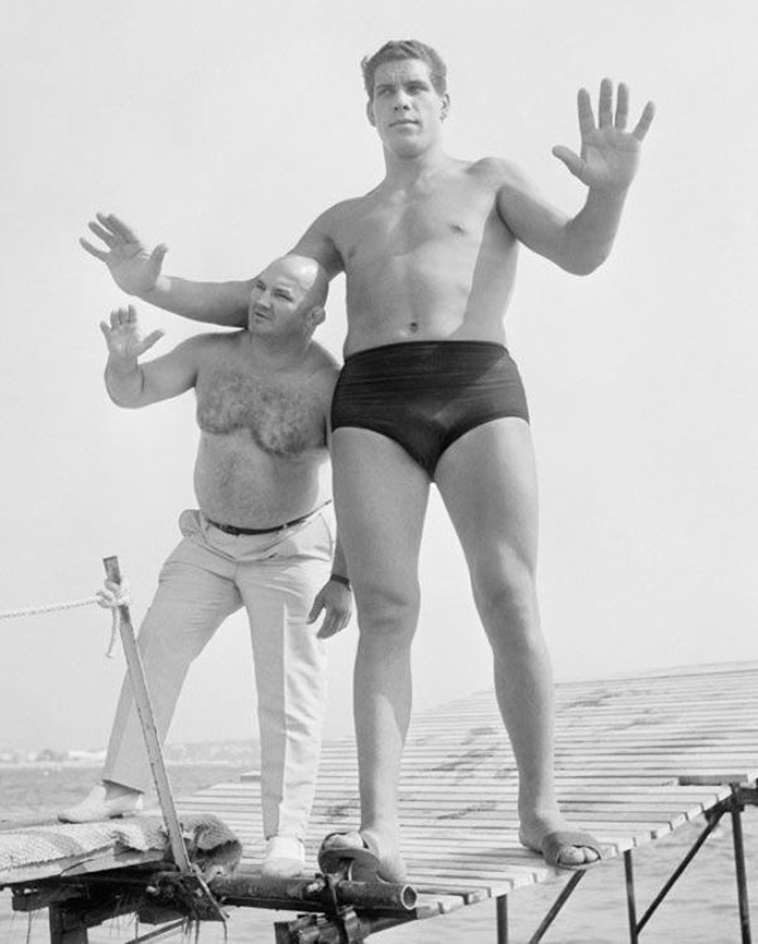 6. Andre the Giant and Muhammad Ali compare hand sizes upon meeting in 1975. 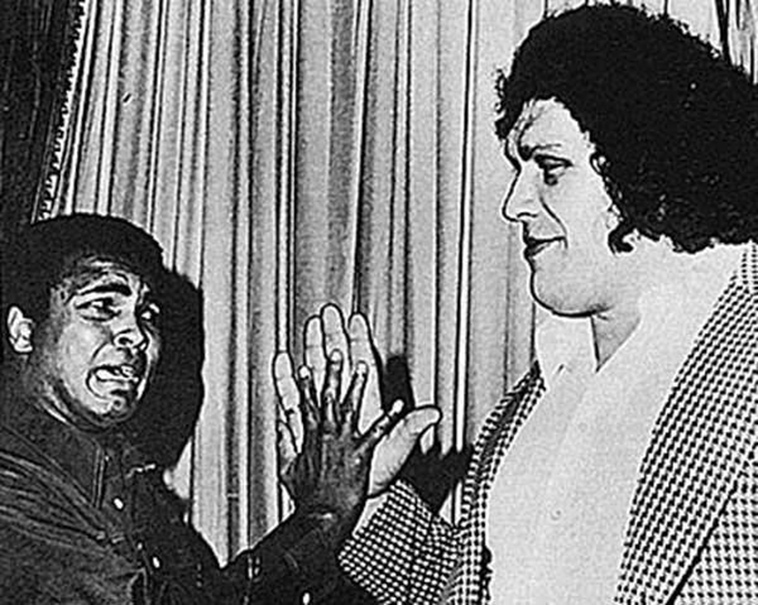 7. André was no stranger to lifting things — his brother remarked that André could accomplish the work of 3 experienced farmhands by his mid-teens. 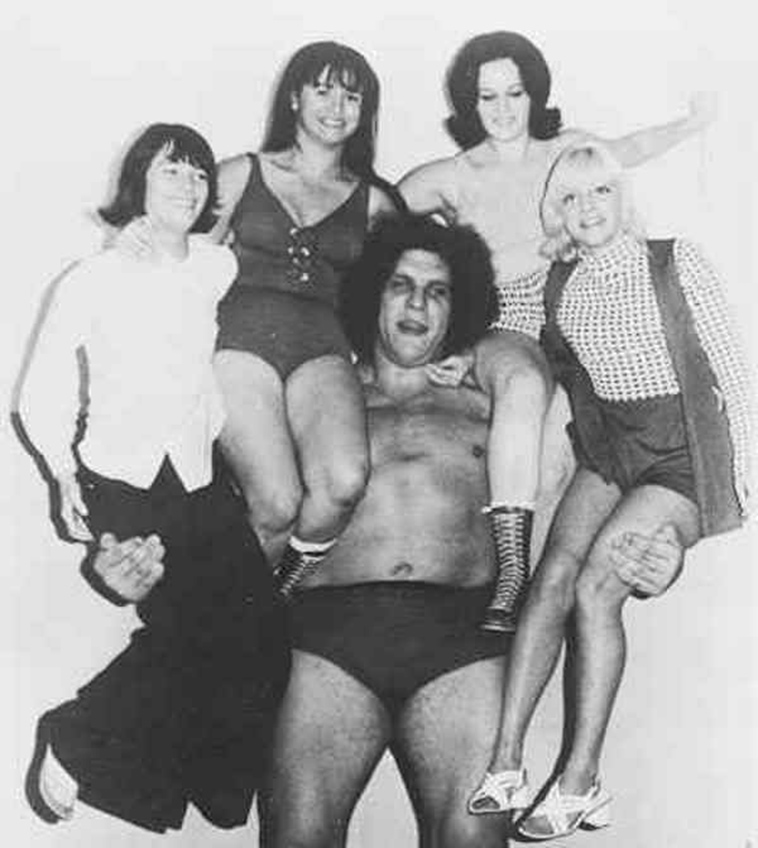 8. Andre the Giant took center stage at the first-ever WrestleMania held in 1985 at Madison Square Garden. 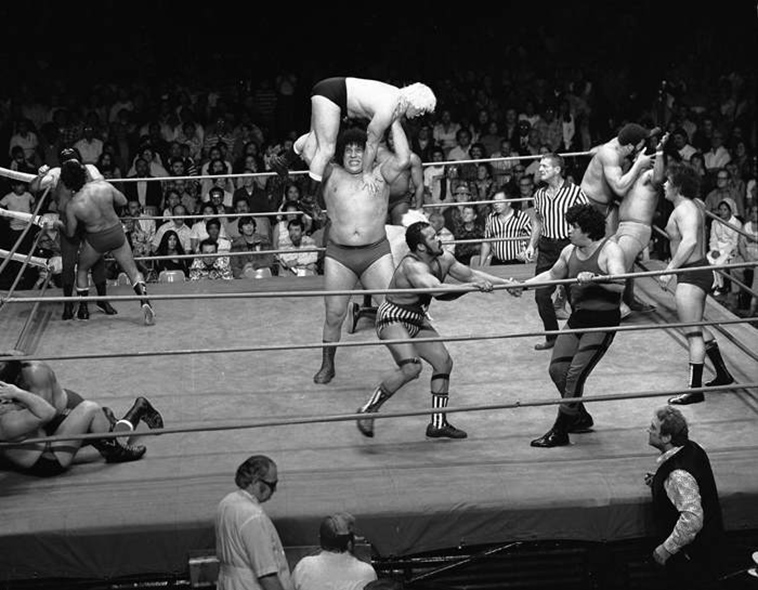 9. Andre the Giant stands next to some of his competitors from the World Wrestling Federation. 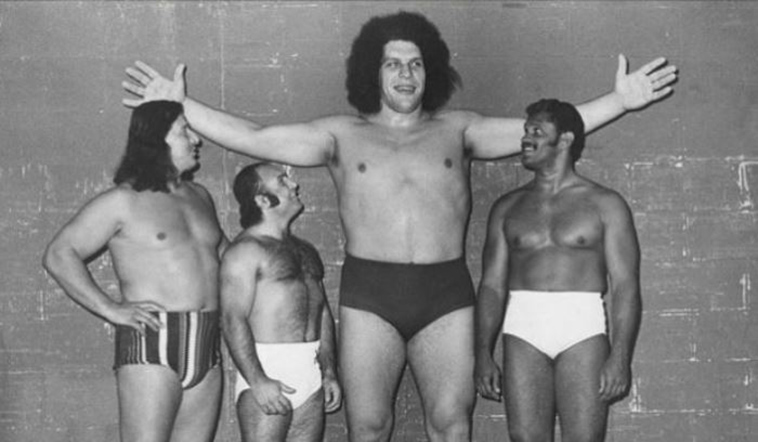 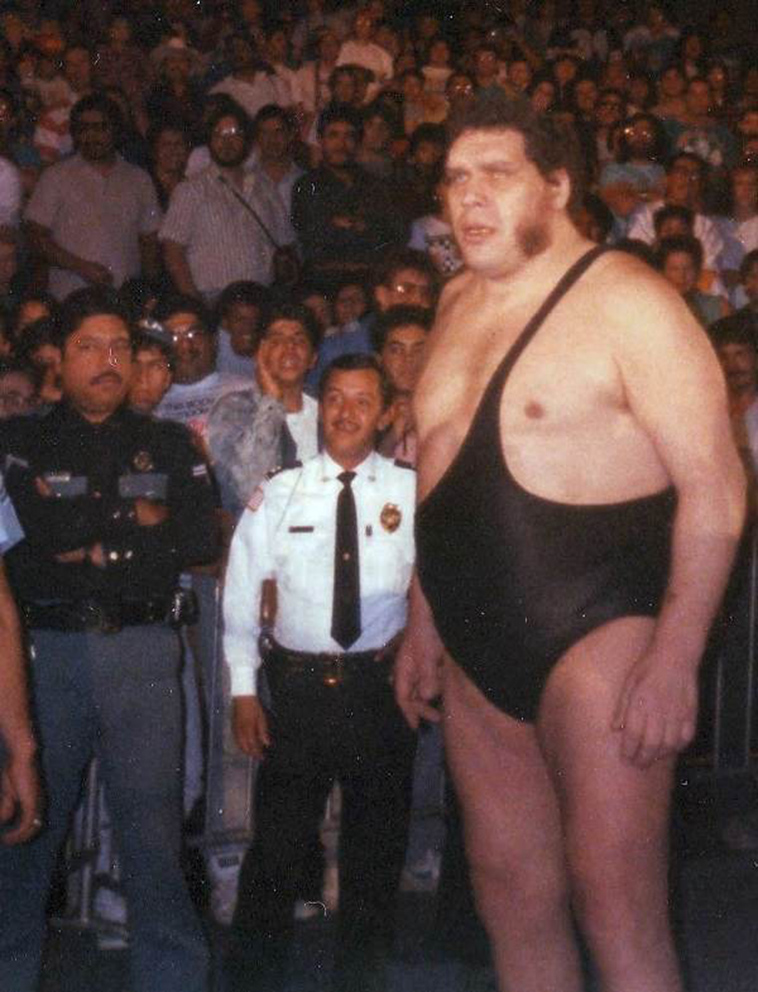