Check out this amazing before and after photo of the excavation of an Ancient Greek stadium. For those curious, this is the Stadium of Magnesia ad Maendrum Ancient City, located in the modern-day of Aydin/Germencik, Turkey. 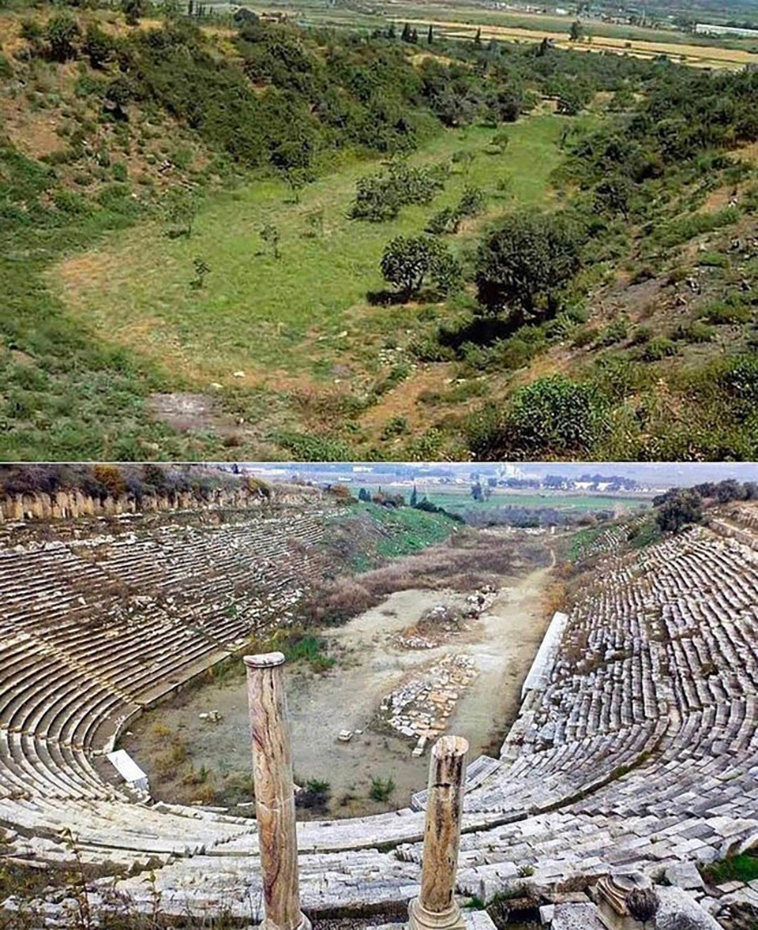 According to Archaeology & Art on Twitter, “the stadium, aligned on the north-south axis, was erected between two hills. Fifty-two stairs had to be ascended to reach its highest level and it could accommodate 30 thousand spectators. The stadium was 189 meters long.”

If you’re interested in learning more about the Ancient Greek city and its excavation progress, you can start on Wikipedia and go even more in-depth here. 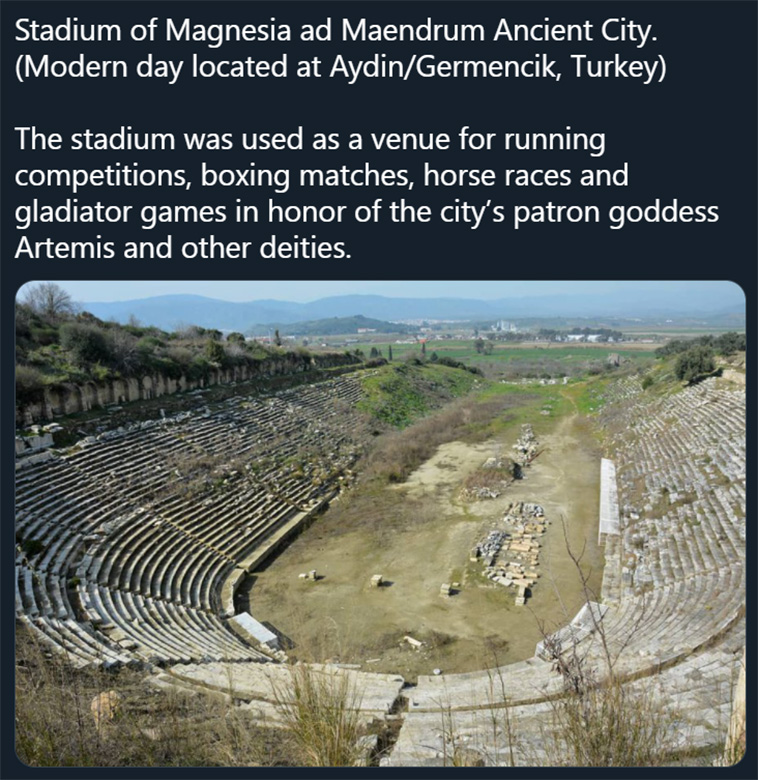 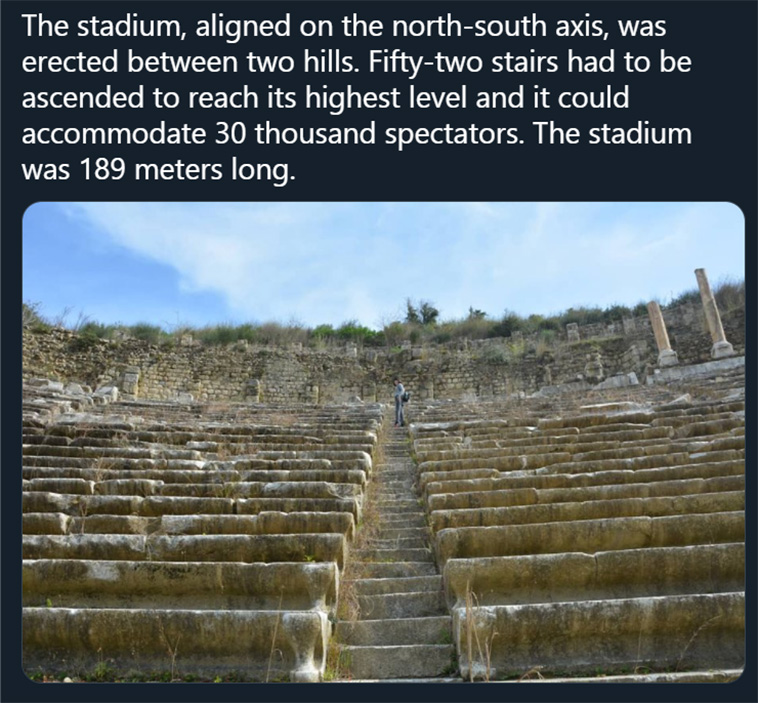 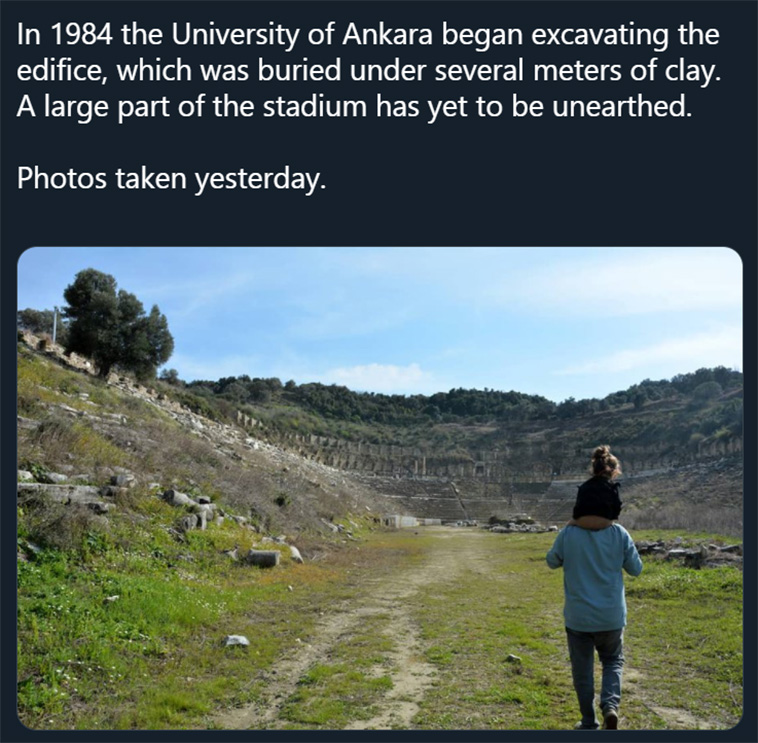 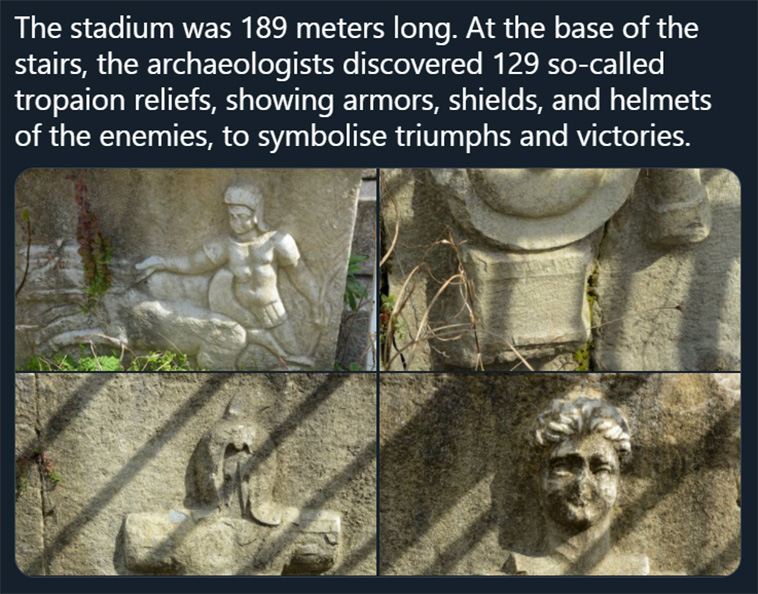 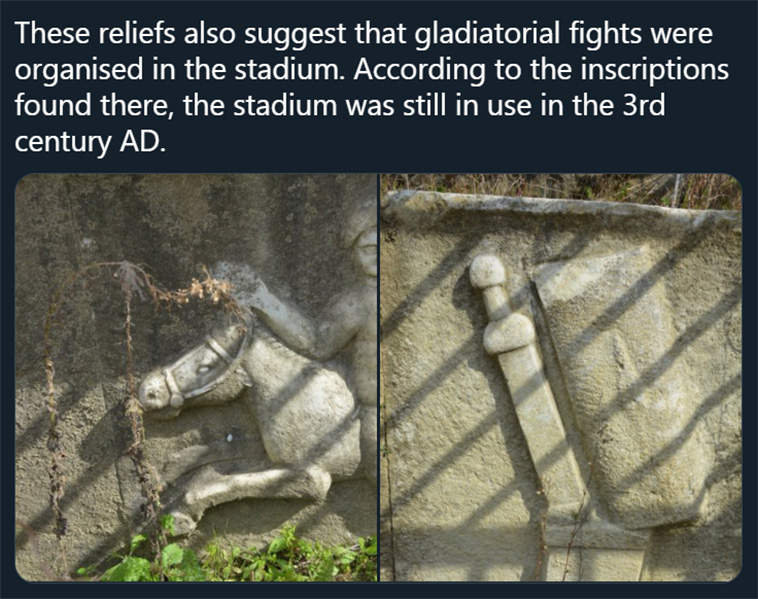 Stadium of Magnesia ad Maendrum Ancient City. (Modern day located at Aydin/Germencik, Turkey)⁣
⁣
The stadium was used as a venue for running competitions, boxing matches, horse races and gladiator games in honor of the city’s patron goddess Artemis and other deities.⁣ pic.twitter.com/SUUFBxdnCd