18,000 soldiers died near the Monte Piana range in the Dolomites mountain ranges of Italy in the lead up to The First World War. The area has since become home to an annually held event aimed at uniting young people and celebrating the adventures of life. 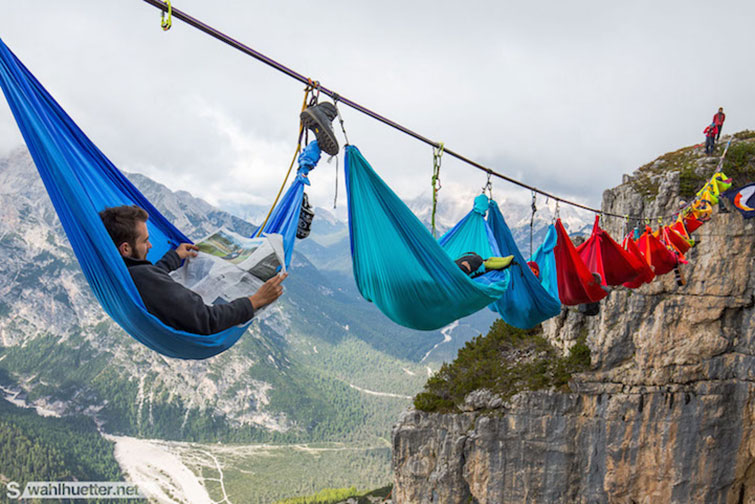 The first event took place in 2012 where adventure enthusiasts from across the world came together to be suspended hundreds of feet in the air. Luckily they happen to have snug hammocks to keep themselves safe and sound, which are attached via a slackline between two sections of the mountain, using the method known as Highlining. 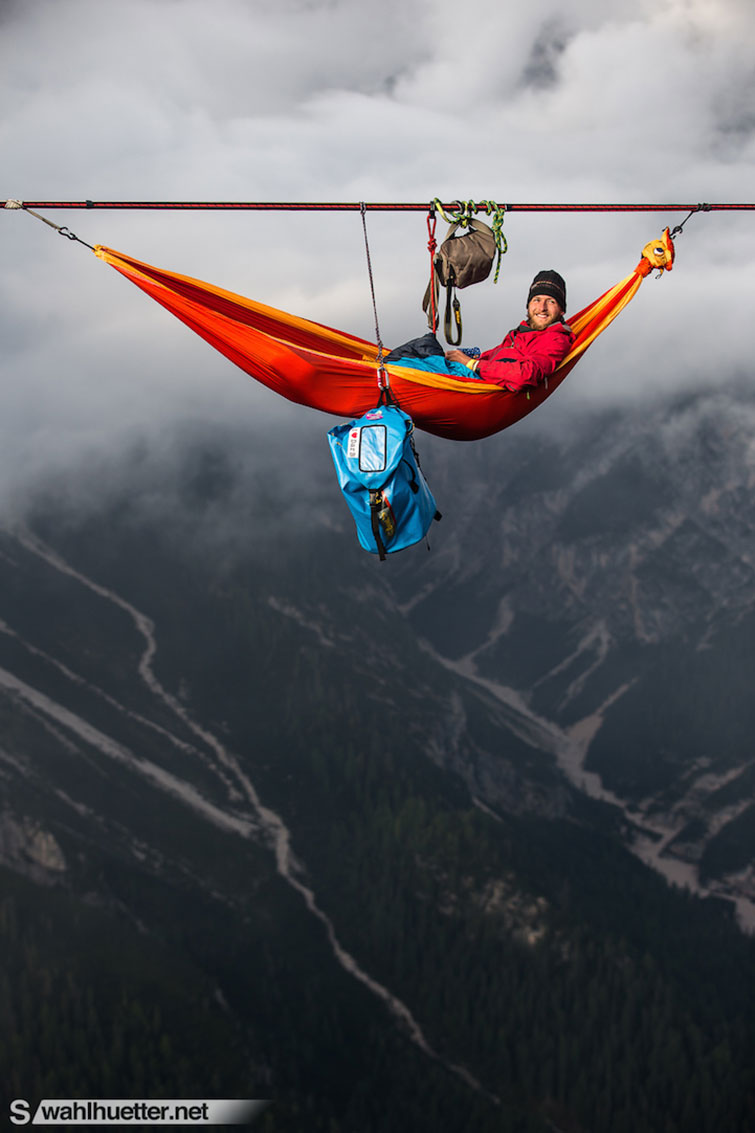 This year’s date was the 100 year anniversary of the deaths of the young soldiers, which meant something special was in store for anyone making the journey to Italy. ‘Rainbow Warriors’ was the name of the commemorative celebration, which was organized by Ticket to The Moon. A tribute to the fallen soldiers and a symbol of peace, 26 people were suspended from great heights in colorful hammocks, where singing, laughing and general good times were had. 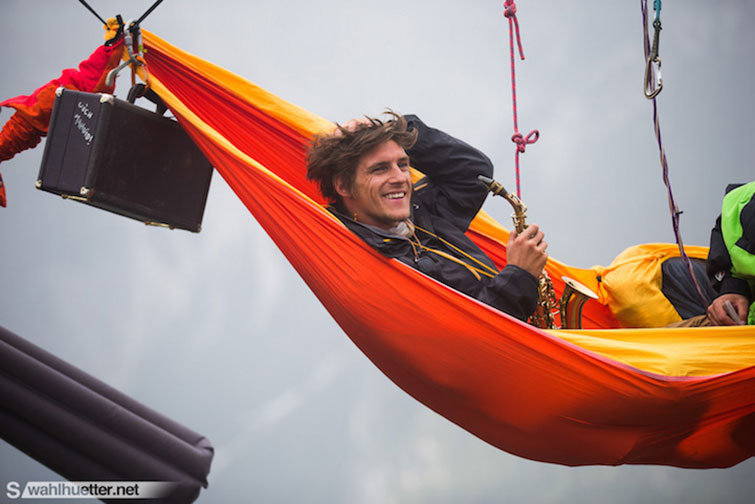 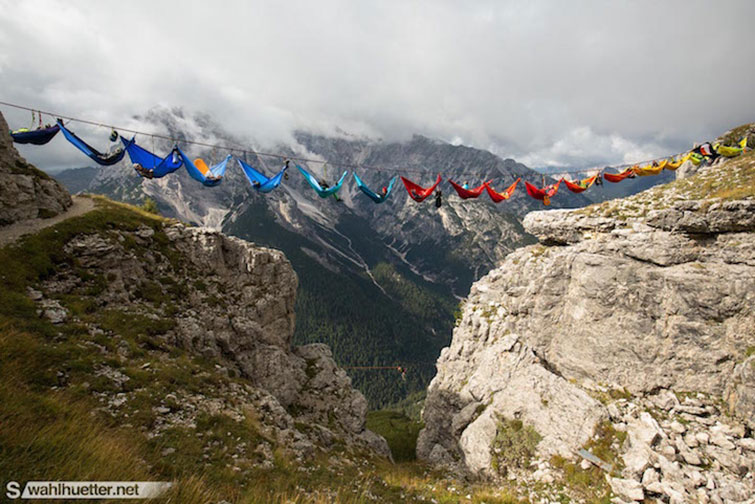 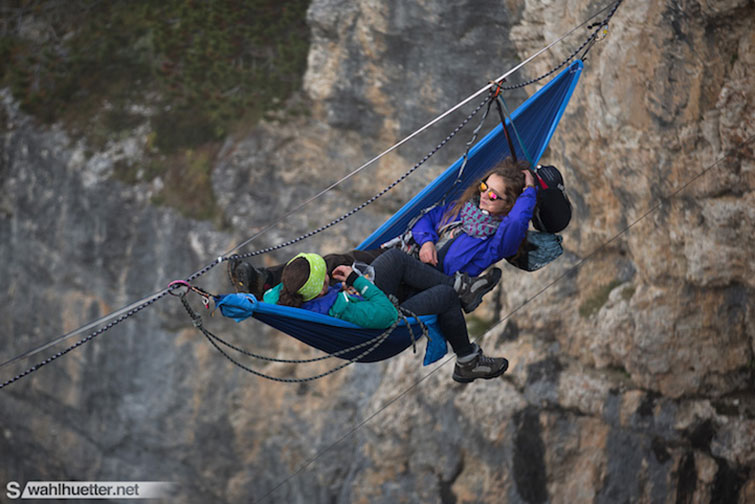 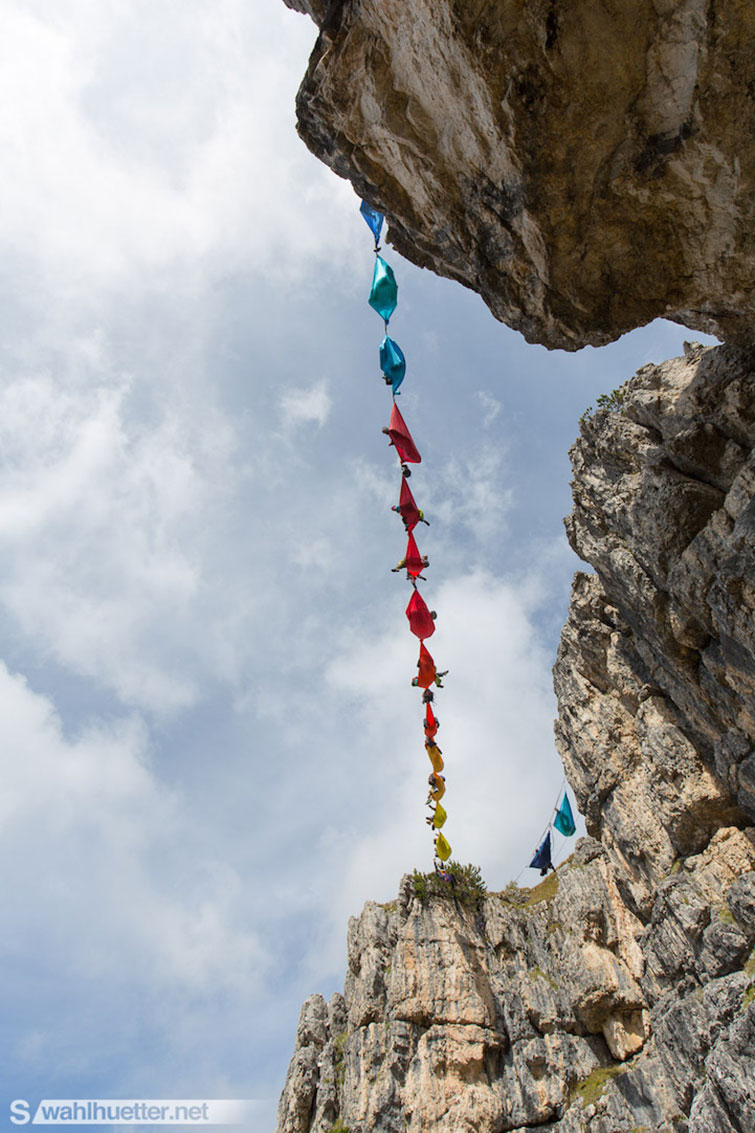 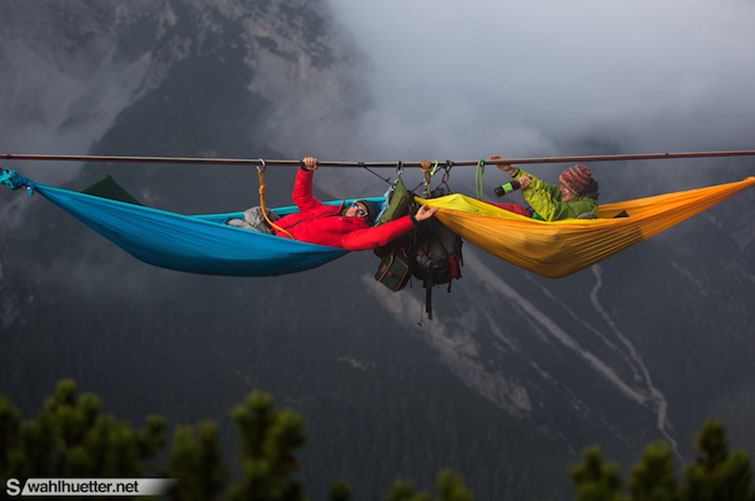 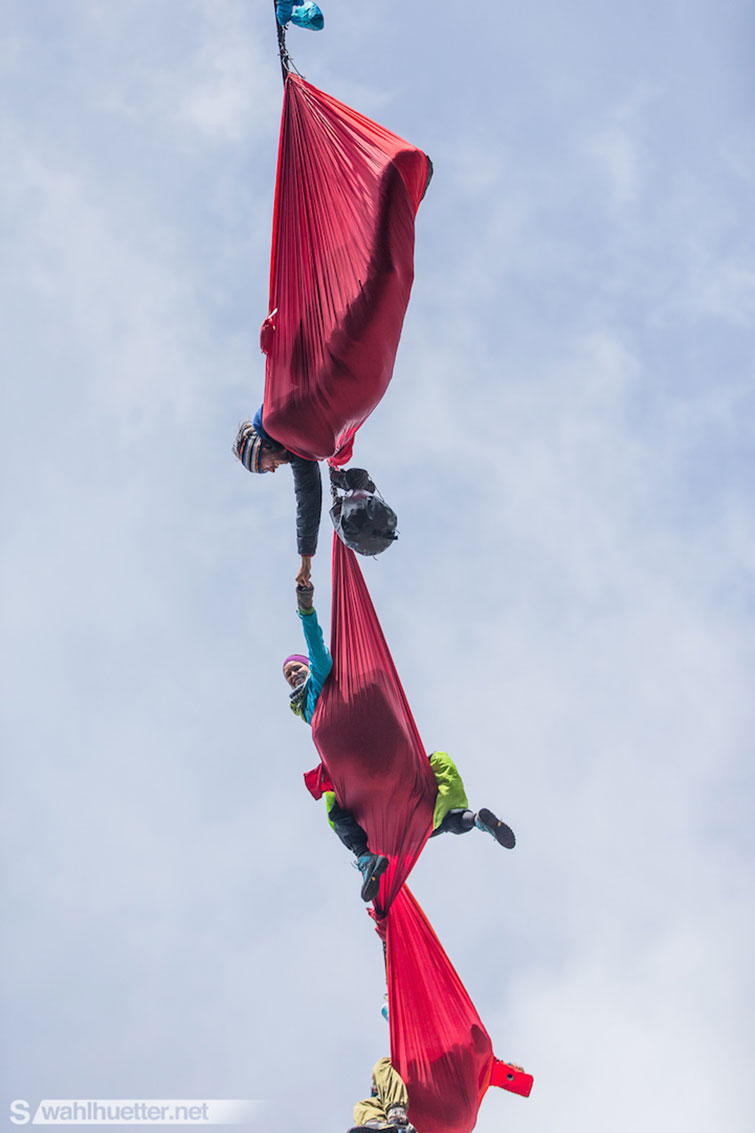 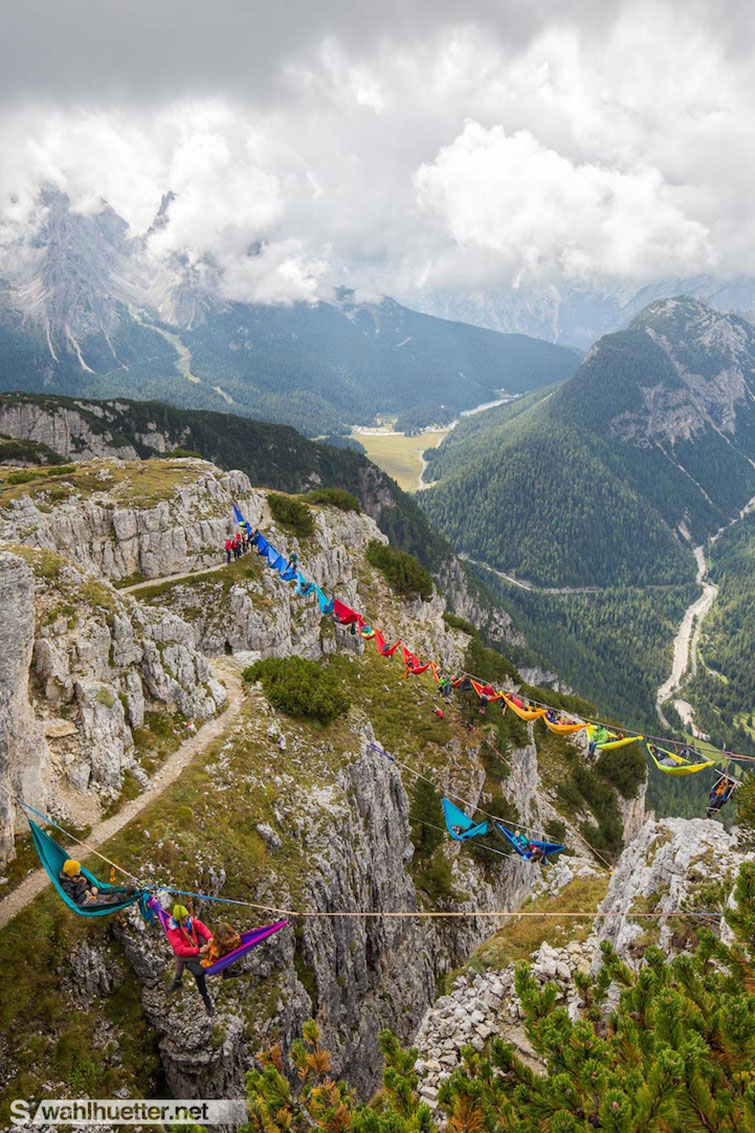